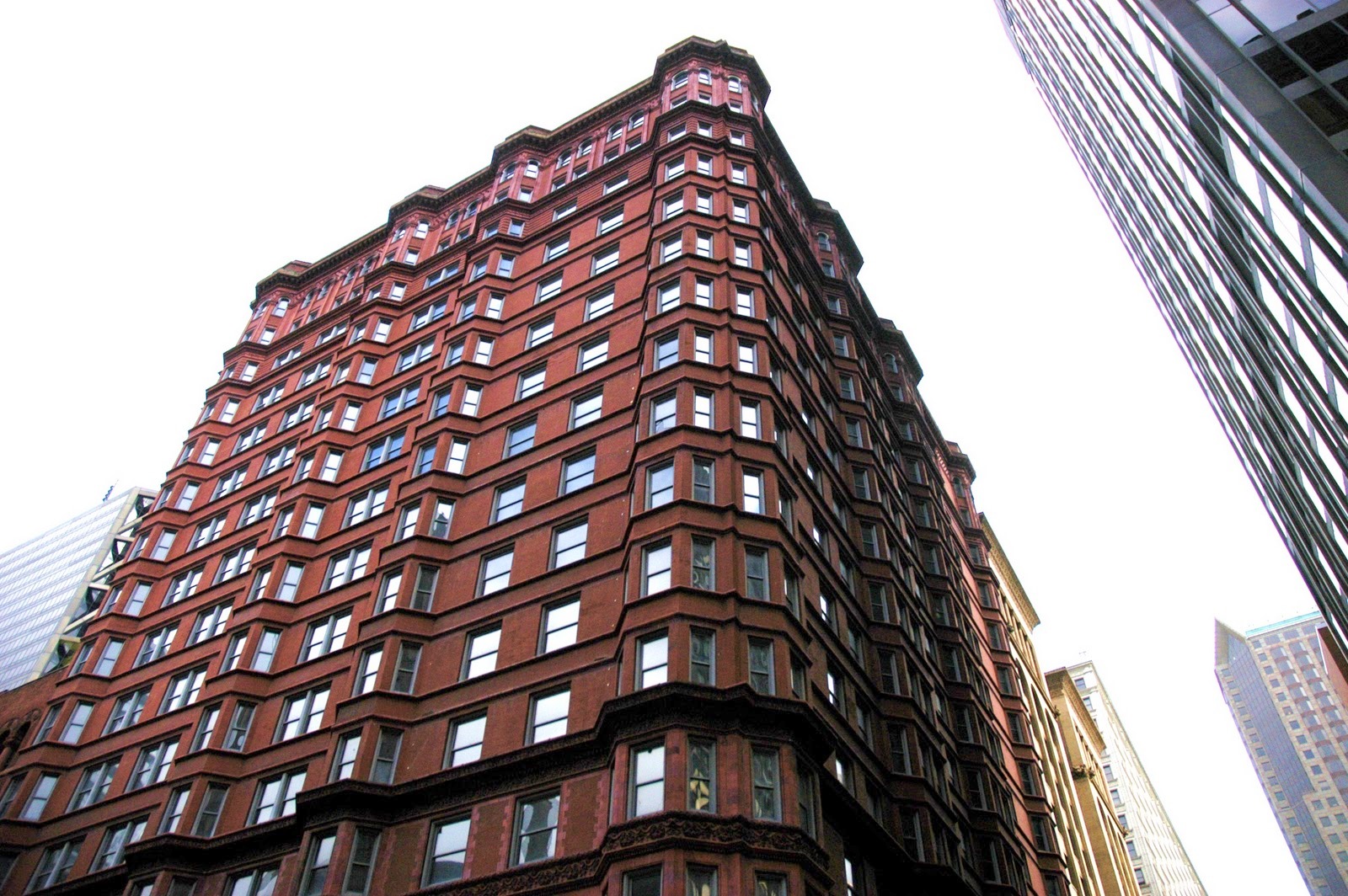 The owners of the historic Chemical Building downtown appear to have shifted gears away from micro-apartments to larger residential units. In earlier discussions last September, they had discussed squeezing as many as 700 of the tiny homes into the 16 story, 177,000 square foot structure. Micro-apartments are under 500 square feet and often only 200 square feet. The developer filed a $23,000,000 application for a building permit yesterday to rezone the site for 207 apparently larger units.

The vacant Chemical Building has been a City Landmark since 1976 and is on the National Register of Historic Places. The project is expected to make use of state and federal historic tax credits. Built in 1896, Chicago School architect Henry Ives Cobb designed the red terra cotta and brick tower with its distinctive protruding bays. A 1902 addition to the north was designed by Mauran, Russell and Garden. Next door, work continues on a $65 million hotel conversion of Adler and Sullivan’s 705 Olive.

These two projects will add more density to the newly thriving blocks around Old Post Office Plaza. The Arcade, Syndicate and Paul Brown buildings all have seen residential conversion. The Tower at OPOP brought downtown’s first new residential high rise in decades, restaurants line Olive Street, and Schnuck’s Culinaria is open daily until 9 p.m. New residential conversion continues along the 900 block of Locust, and a Magnolia Hotel brought a posh makeover to a previously dowdy property. A few hundred new residents will only strengthen this revitalized downtown neighborhood.