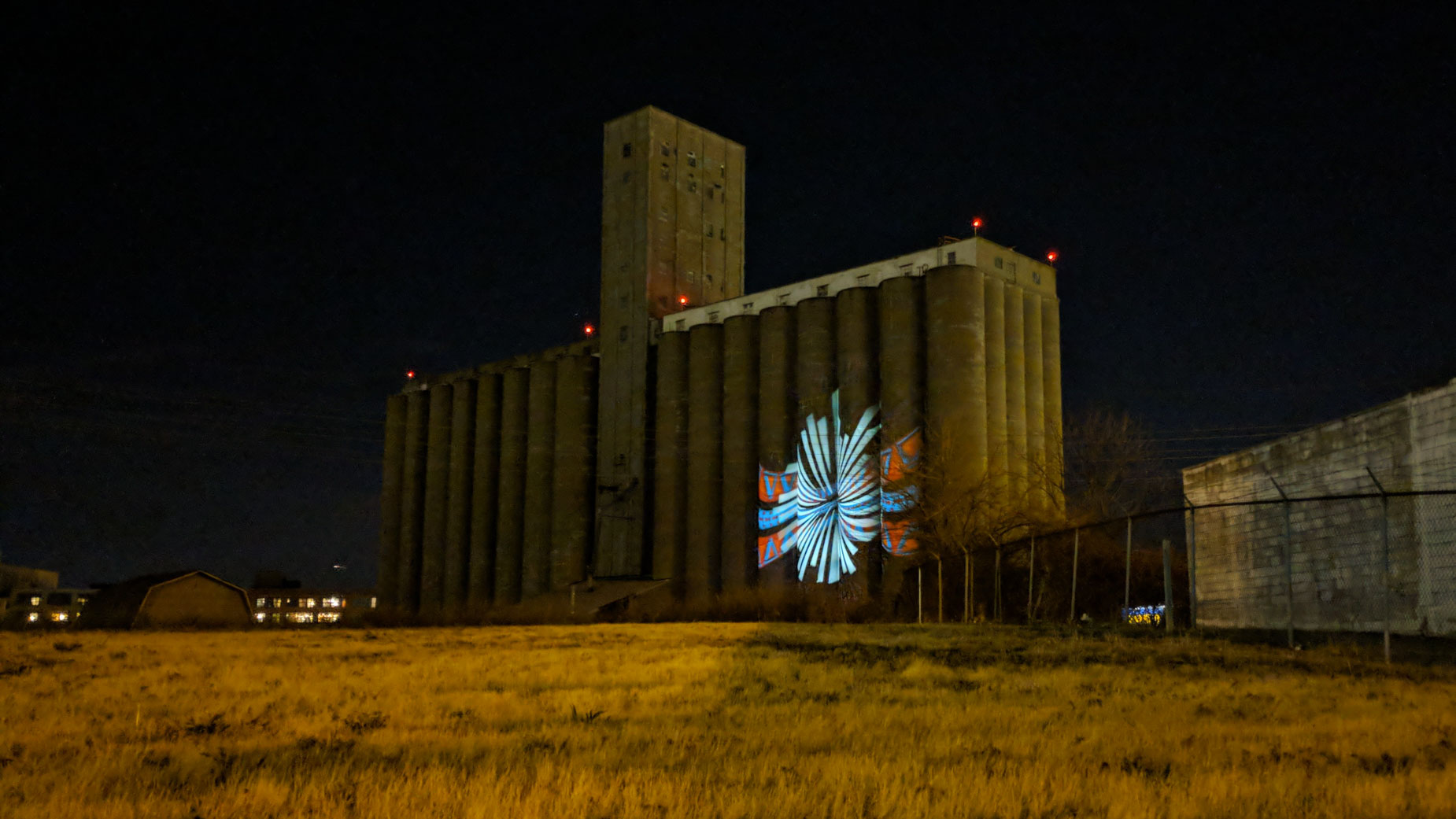 Last Tuesday the towering urban grain elevator in the heart of the central corridor was partially lit up as a proof of concept and technical test for a larger installation that organizers hope will eventually run nightly and cover the entire structure.

Immersive visual artist Raven Fox of Radiant Studio Works is providing creative and technical consulting to The Sarah Street St. Louis Project, an organization working to strengthen connections between Cortex and The Grove. The planned installation combines art and technology into a dynamic display that can be seen from miles aways. The test on Tuesday illuminated 3 of the 16 silos on the east-facing facade.

Fox has illuminated other well-known structures in St. Louis including the James S. McDonnell Planetarium at the Science Center, the Cinderella building on Cherokee Street, and public art installations at the City Museum and Forest Park. “This will be the biggest project I’ve ever done.” Said Fox,  “At 140’ by 400’, a 56,000 sqft canvas is a lot of area to cover.”

To execute his vision for the grain silo Fox uses a variety of lighting technology, methods and products. First the surface of the silo is laser scanned to create a 3-D model. Video projection mapping software is then used to adapt the video to the 3-D model, adjusting for lighting levels and distortion caused by the rounded surface before being projected by high output laser-based video projectors. In addition to video projection, an array of Phillips Color Kinetics fixtures are mounted to each silo (4 on top and two 2 at the bottom) to provide up and downlighting, the inside crevices of the silos are filled with 5 pixel wide low resolution video strips custom created by a company in Chicago specifically for this project, and four Philips Vari-Lite LED moving heads are used to overlay static images and patterns. 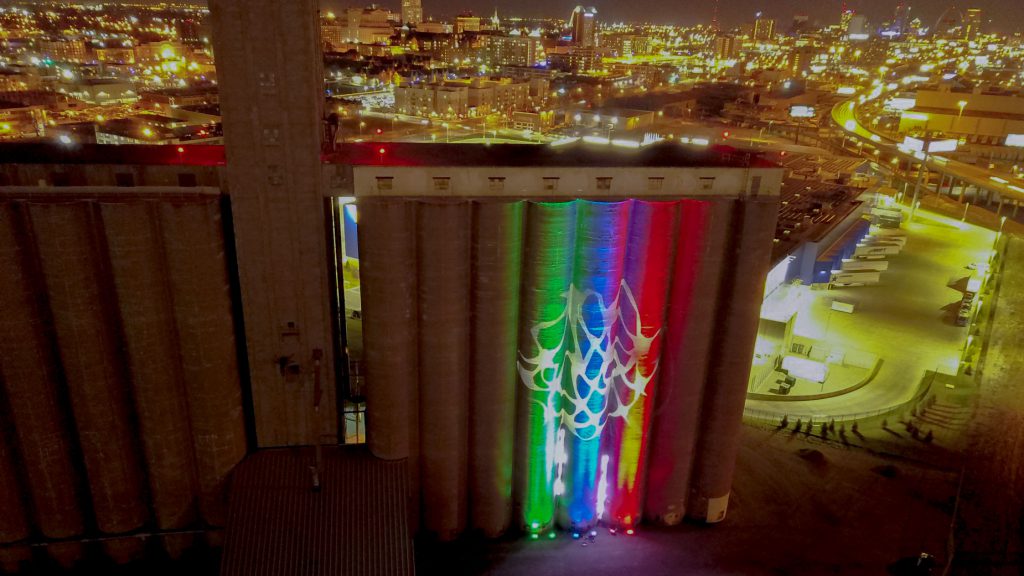 The grain silo known as Elevator-D, was built in 1953 and remains in use today to store soft red wheat sourced from up to 150 miles away before being transported to area flour mills. Ray-Carroll County Grain Growers, which owns and operates the silo has been supportive of the video projection project and will provide access to mount fixtures and run communication and power lines.

Pending MoDOT approval the project will also include illuminating the Sarah Street highway underpass with columns of light on the girders activated with IR sensors to respond to cars and pedestrians as they pass under the highway.

The project is privately funded and the timeline has not yet been determined. 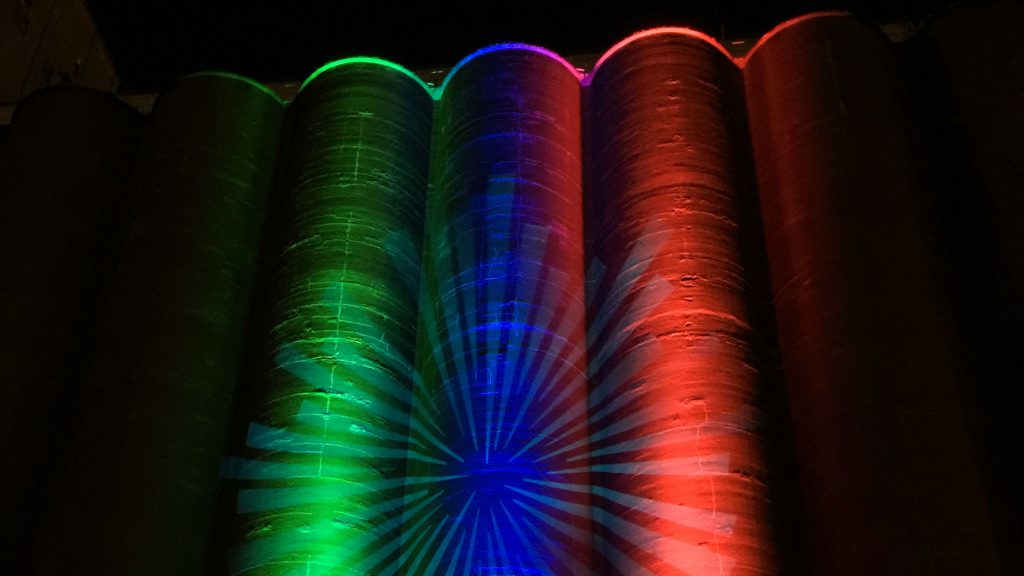 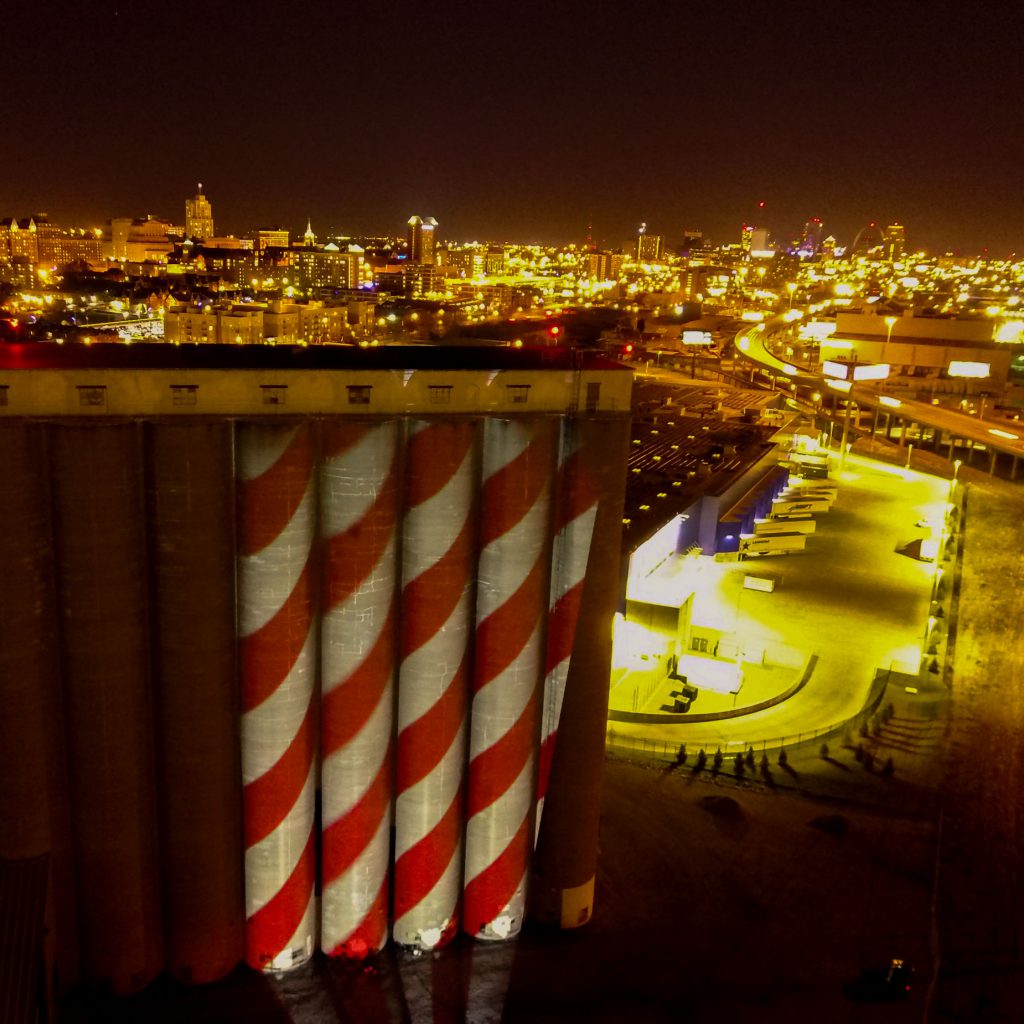