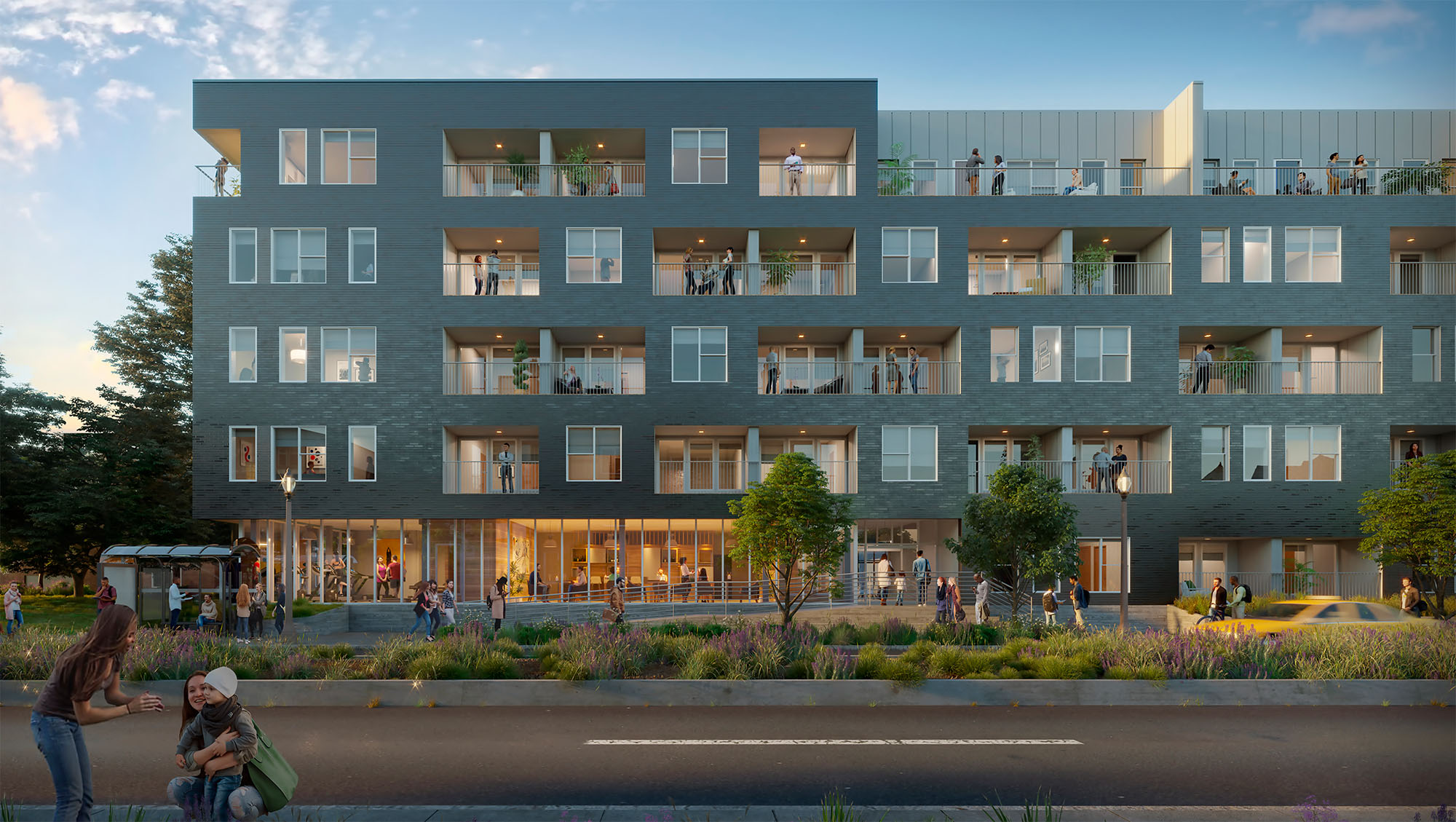 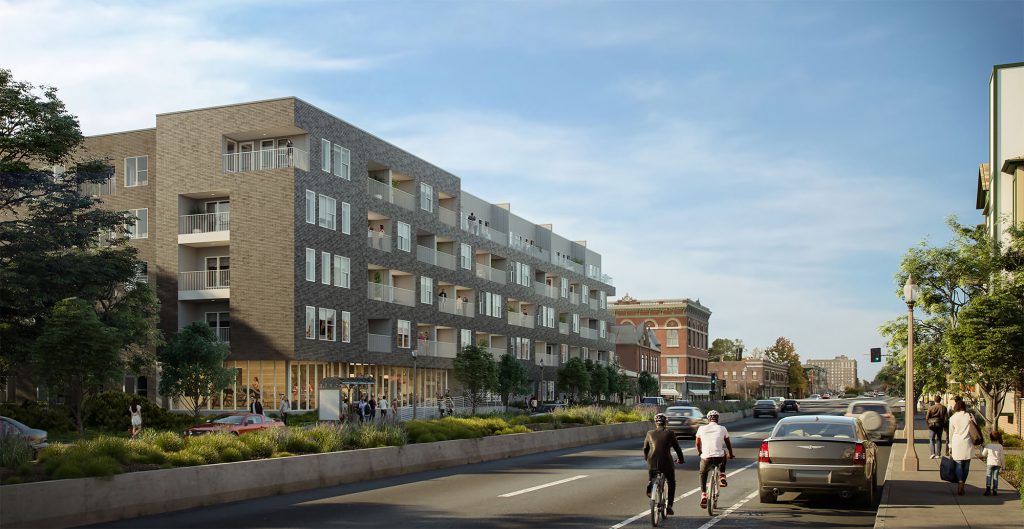 After a lengthy process of approvals, permit applications were submitted last week for an $18.6 million building permit to construct a 5-story, 124-unit apartment building on the site of the abandoned YMCA at 2232-56 South Grand Blvd. Altus Properties is the developer and owner of the apartment project. HOK is the architect. 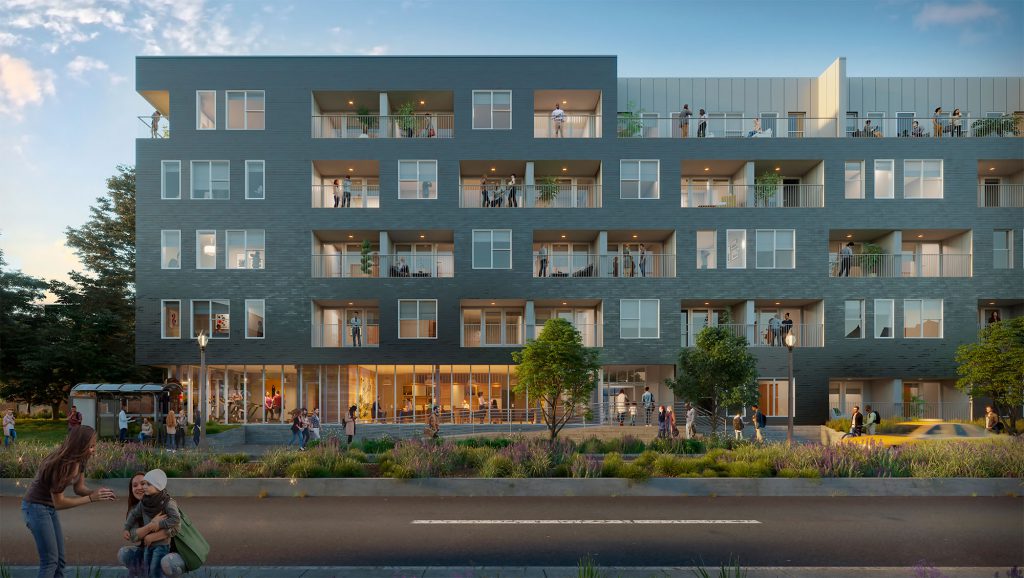 Previous iterations of the plan had included 116 units. The current plan now adds eight more units plus a masonry northern facade, which will be visible from Grand and from Compton Heights. Fiber cement board accents on the west-facing Grand facade are now masonry as well. The developer purchased the property for $1.8 million in January 2016 after an earlier proposal by First & Main Properties and TR,i Architects fell through. Parking will be on a surface lot in back. 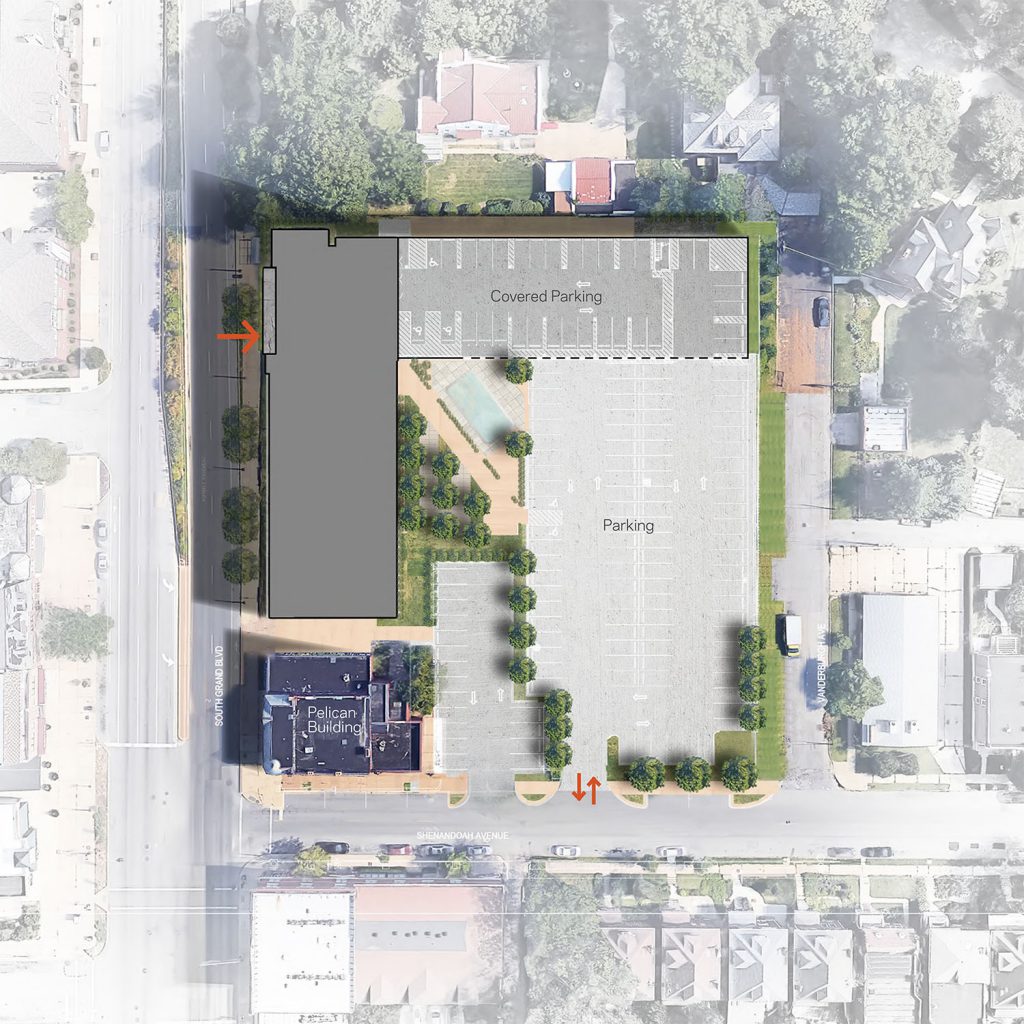 Renovation of the adjacent Pelican Building — began in earnest in September. The historic structure will house a Domino’s Pizza. MBR Management owns 81 Domino’s franchise locations in Missouri and Illinois.

Both properties are located in the Compton Hill Local Historic District. The city’s Preservation Board approved the design for the new apartment building last April. The YMCA building had been approved for demolition in 2006, before the recession brought development to a near standstill. In its more recent April 2017 decision, the Board required issuance of a building permit before demolition could proceed.

Correction: Altus Properties is the developer and owner of the apartment project, not MBR South Grand Property LLC as previously stated.