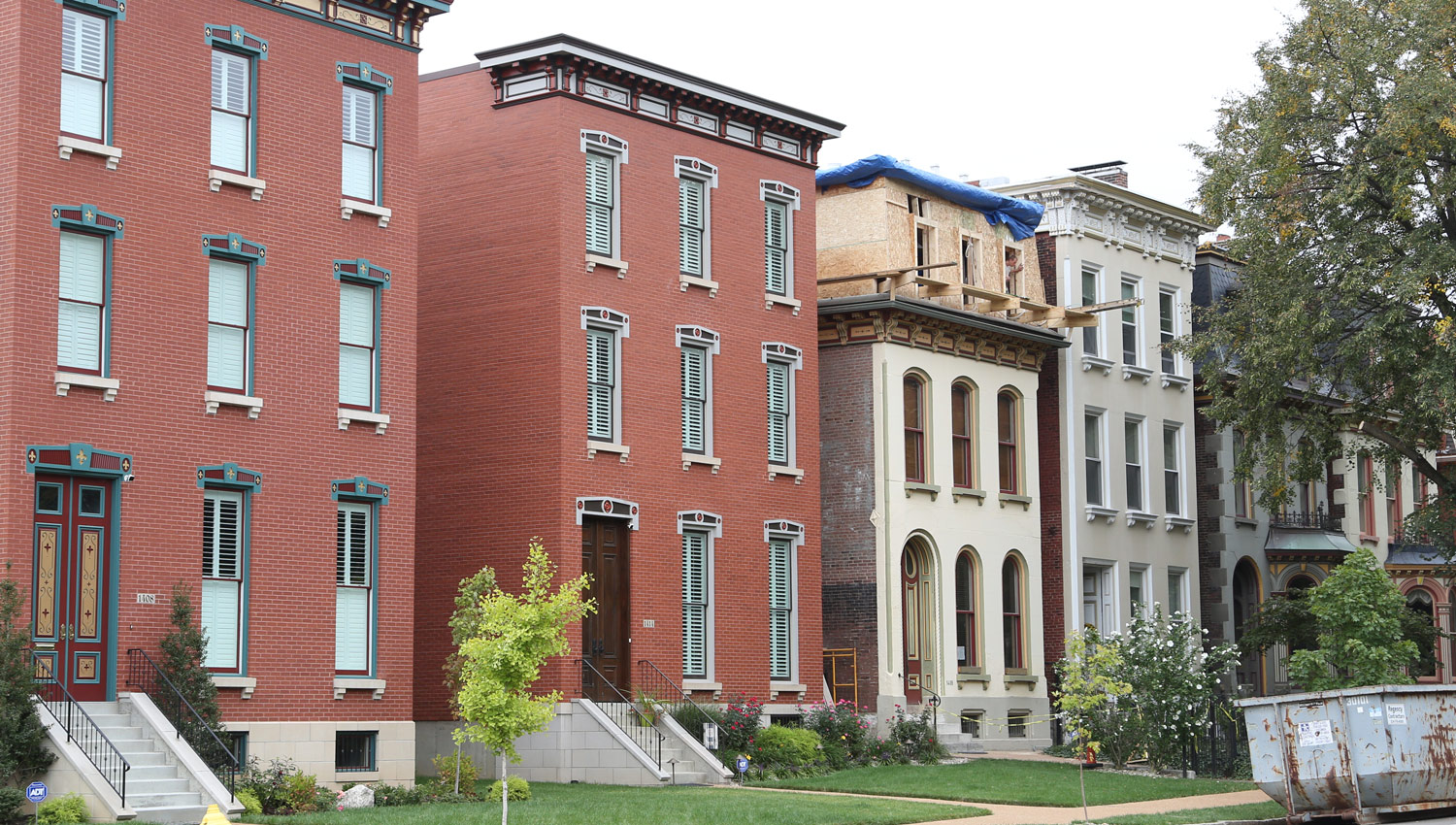 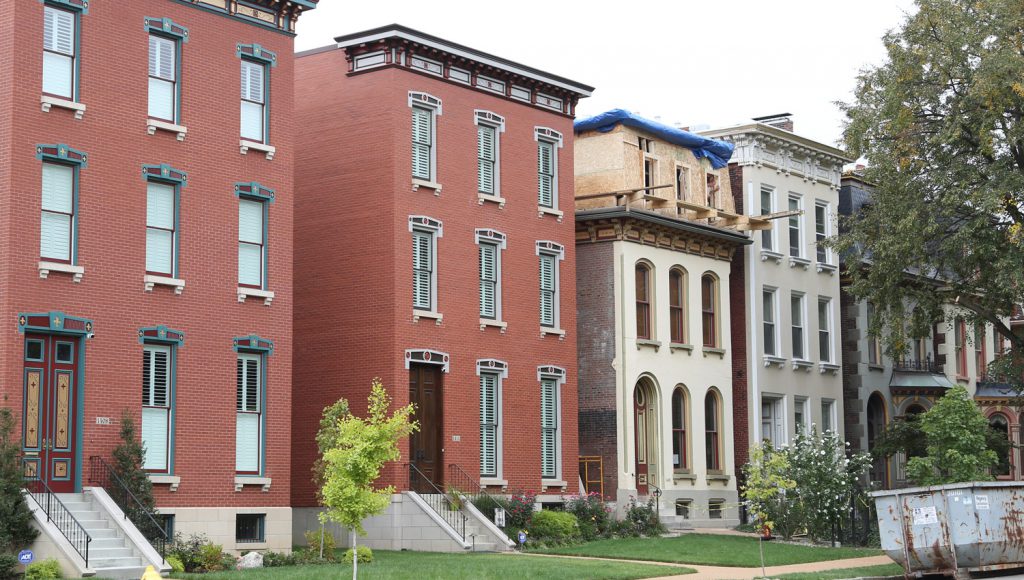 On May 27, 1896, a tornado known as the Great Cyclone ripped through St. Louis killing 255 people and destroying or damaging 7,500 buildings. According to the Post Dispatch it was the single deadliest day in St. Louis history. Some of the worst damage took place in Lafayette Square and Soulard.

Mt. Calvary Episcopal Church at the Southwest corner of Jefferson and Lafayette was completely destroyed as was the St. John Nepomuk Church at Lafayette and Tucker. Lafayette Park and City hospital suffered extensive damage.

One of the less notable buildings that sustained damage was the house at the corner of Mississippi and Park Ave, known by many in the neighborhood as the Sugar house in reference to the fading Domino Sugar advertisement painted on the North facade which is now obscured by the recent construction of two new homes.

The third floor was lost in the storm and instead of rebuilding it the roof was lowered to just above the cornice. 121 yeas later, the current owners decided to restore the original 3rd floor. Killeen Studio Architects used 2012 Lafayette Ave as a model example in designing the replacement mansard for 1418 Mississippi. Contractors from Millennium Restoration are framing the new mansard this week. 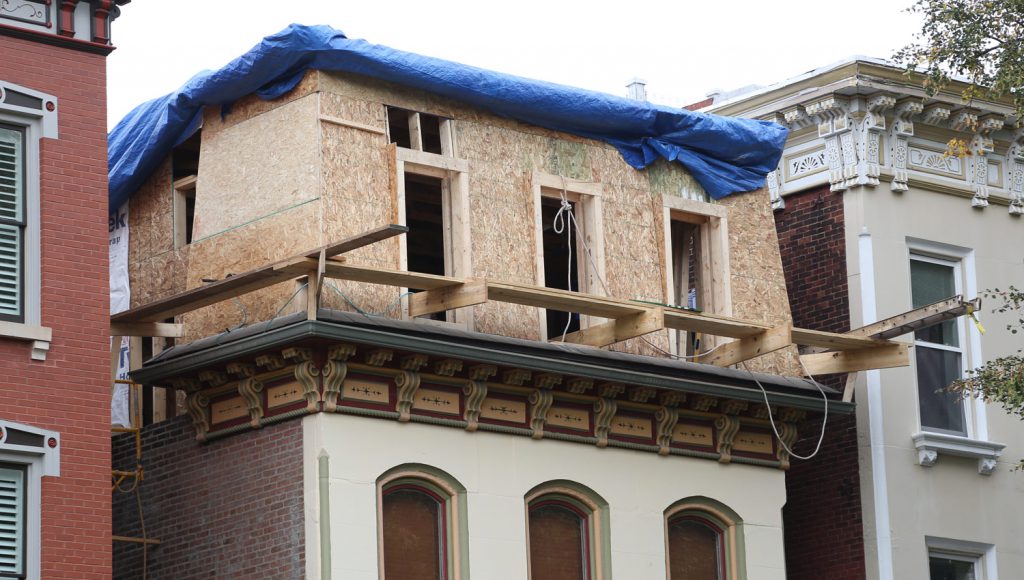 This corner of Mississippi and Park Ave has seen significant changes in recent years with two new single family homes constructed to the north of 1418 Mississippi.