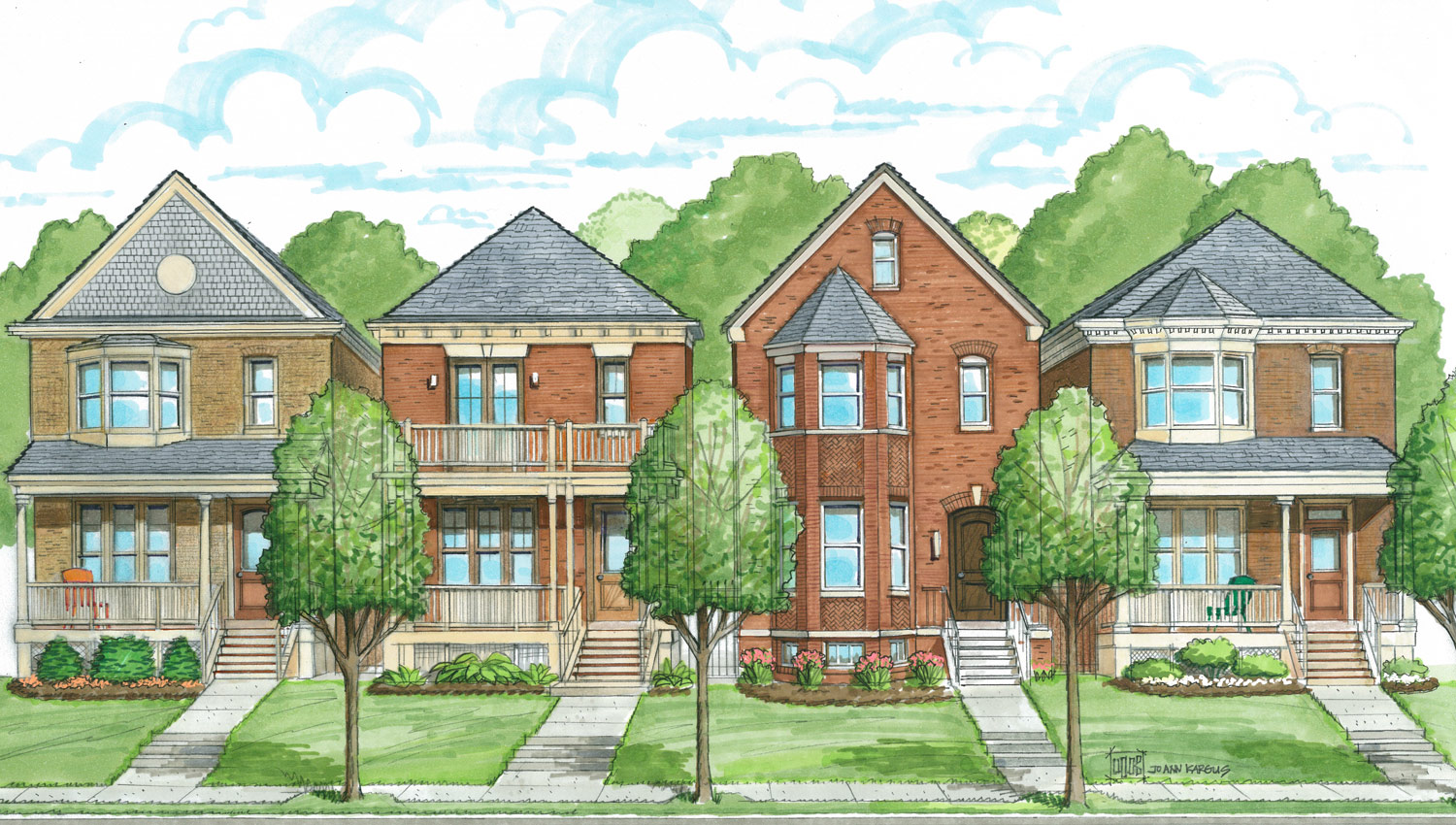 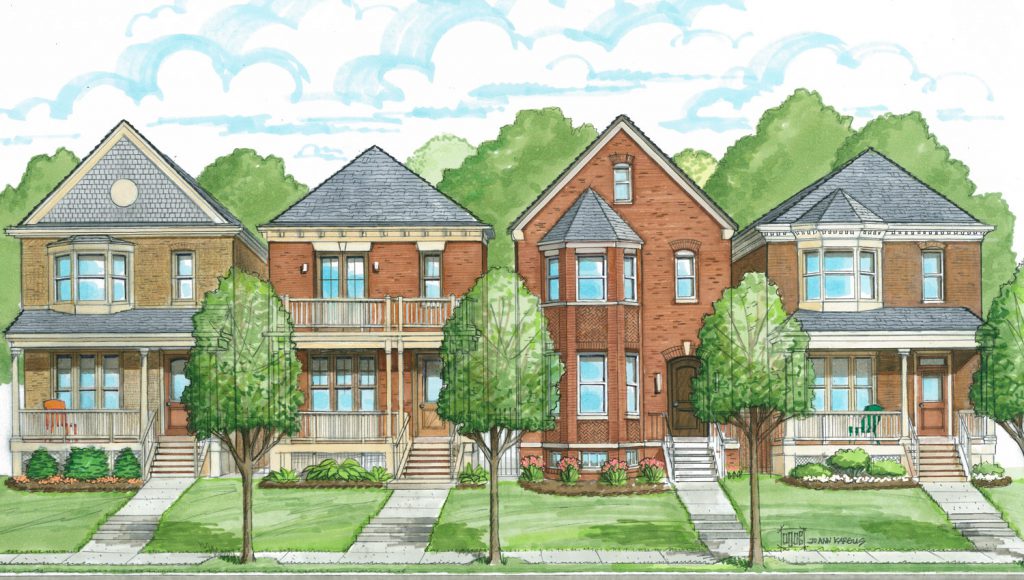 Six new single-family market-rate homes are planned for the 4200 block of Maryland in the Central West End. The first phase of the Maryland East development, which is already under construction, consists of four new homes each with three bedrooms, two and a half baths and detached 2-car garages. The developer is Universatile Development and the architect is Barry Nelson. 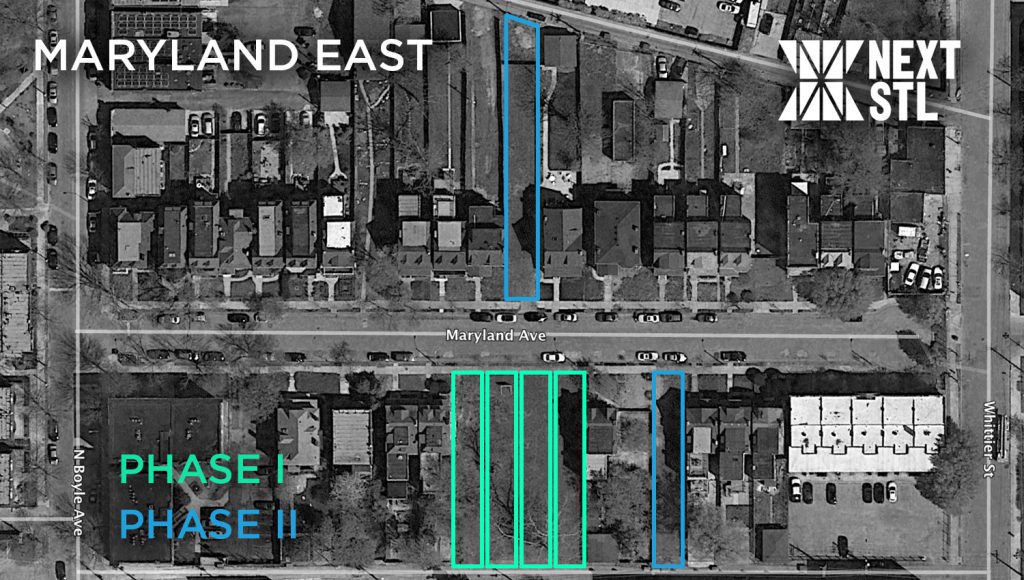 The buildings are 20’ wide on 24’ lots. While the houses are fully detached, each pair of garages shares a party wall. The narrow spacing complies with the local historic district and is consistent with the existing homes on the street where most lots are 25-26’, and some structures stand less than 2’ from each other. 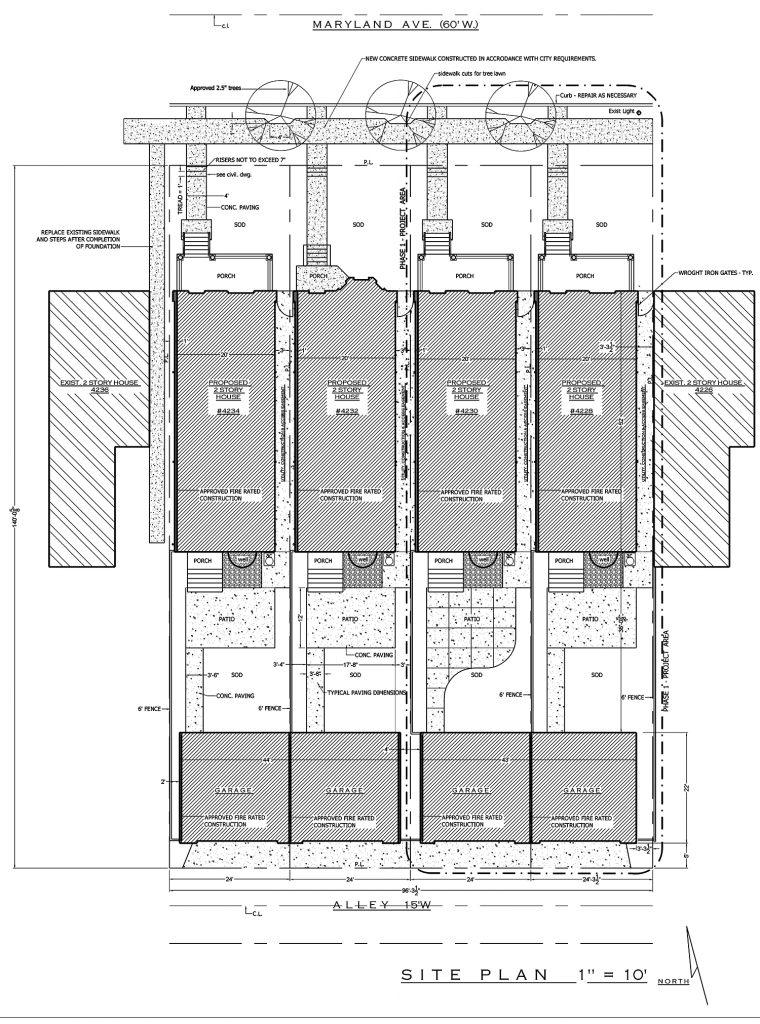 Two homes are under contract in excess of $500,000 and two remain available with a starting price of $425,000. Jeff Winzerling President of Universatile Development said the display unit will be ready by the end of the year. Phase two consists of two additional lots on the same block. When complete the project will substantially restore the block to it’s original density. 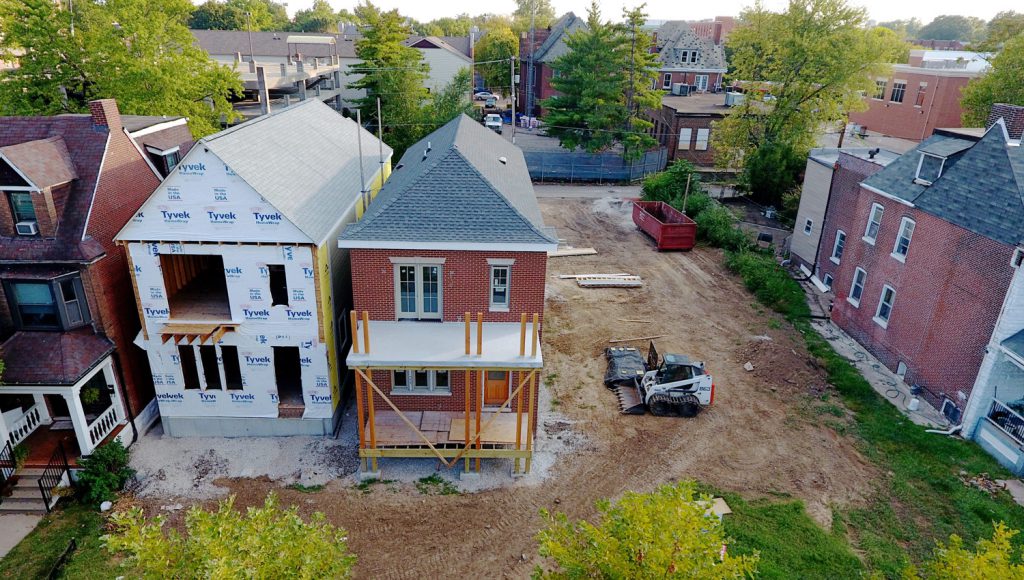