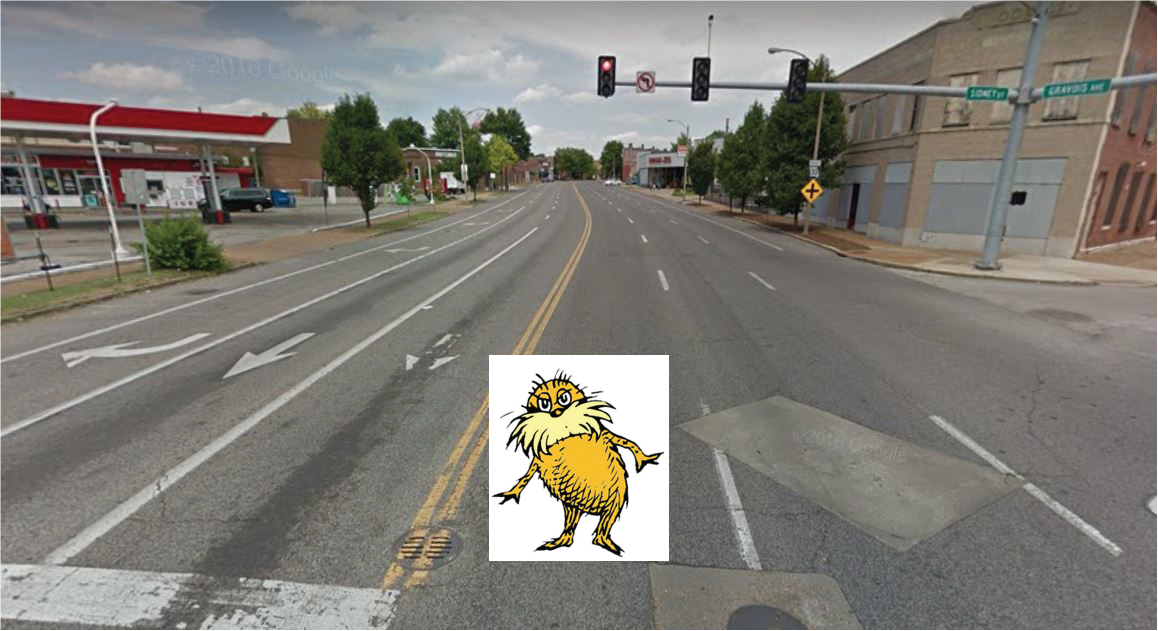 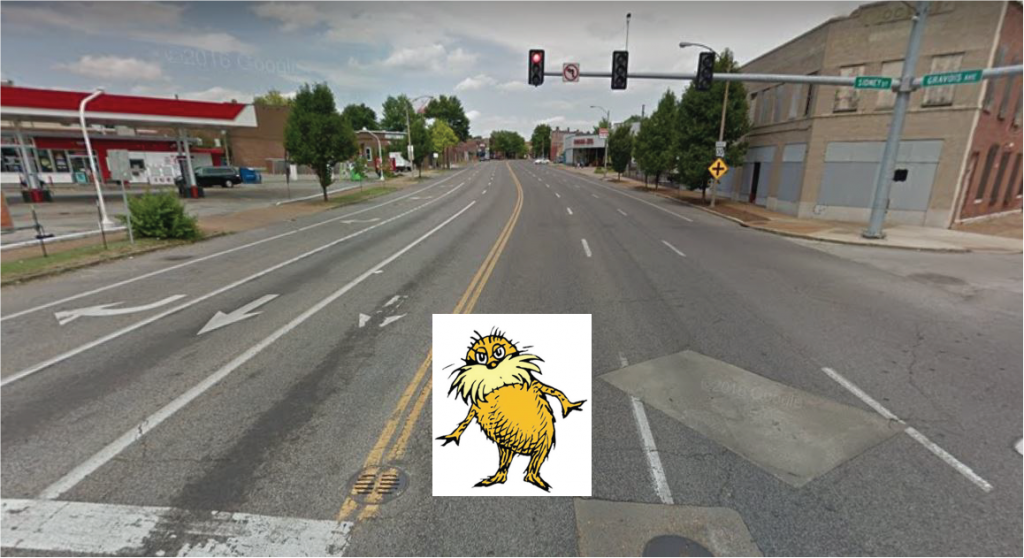 Note: This goofy poem tells the story of a very cool grassroots effort called the Greater Gravois Initiative, which advocated successfully to make Gravois road a better place for people. I highly recommend you read more on the effort here from NEXT STL.

On the South side of town
And curving toward West
Is a long winding thoroughfare that seldom does rest
A rumbling road that the neighbors detest.

An asphalt behemoth, a bustling beast
Funneling cars to the North the South West and East
Like a concrete river
It carved a curved path
Through historic neighborhoods it cuts a wide swath.

And they cars they did love it
It’s not hard to see why
The street was built for their comfort
It was built six lanes wide!

So the semi-trucks trucked and the convertibles cruised
And speed limit signs were ignored and abused
Where they were going well that we don’t know
We just know they were going and they’d go go go go!

The crosswalks were few and appeared only rarely
And to try to use them could prove quite scary
Among bicyclists only the most intrepid breed
Would hazard the cars and their harrowing speed.

But one day a question came from the grassroots
From walkers who walk and scooters that scoot
From small businesses too quickly passed by
From neighborhoods split by the Gravois divide
From parents with strollers and bussers who bus
“Well why can’t this road be also for us?!?!” 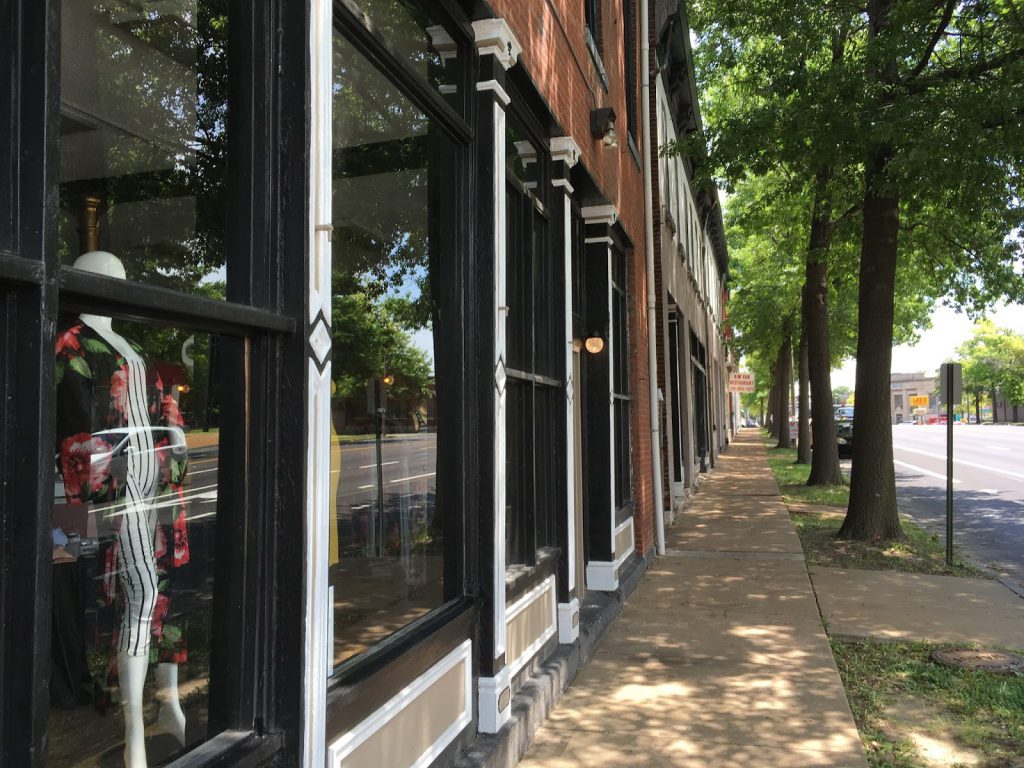 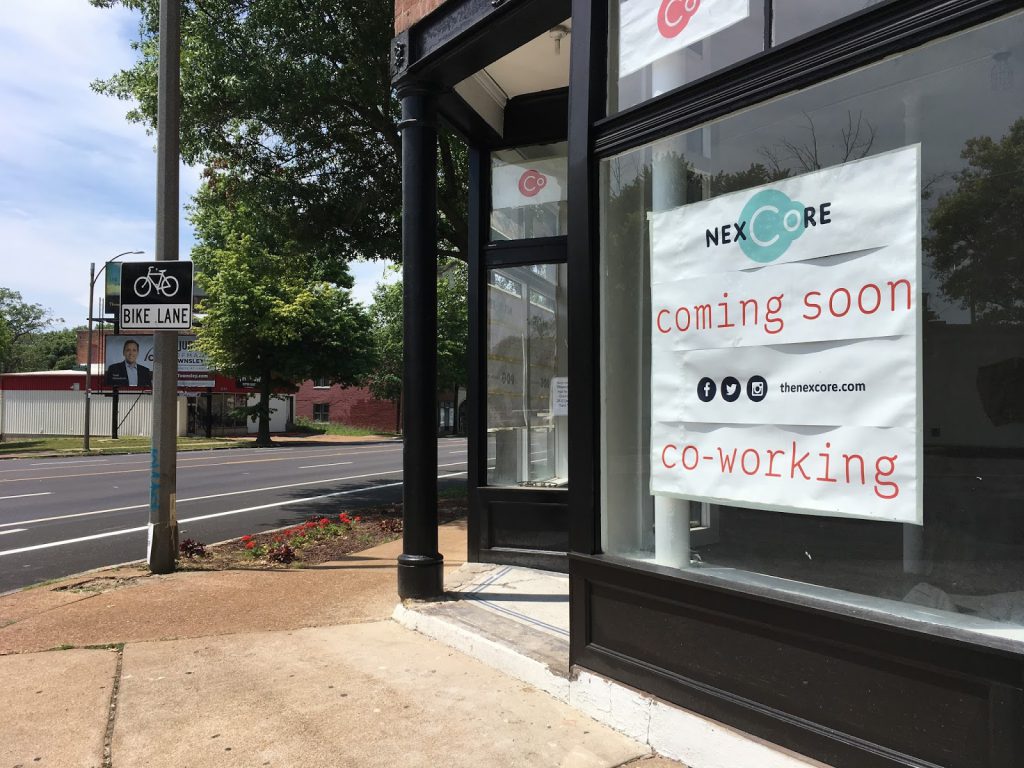 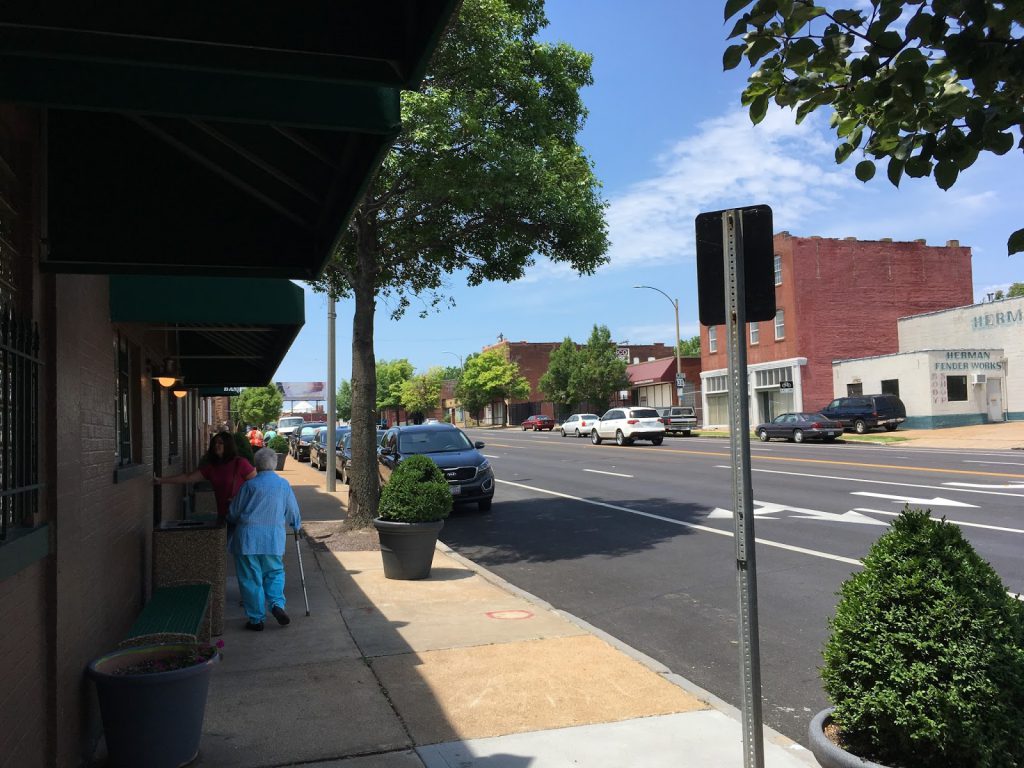 And so began efforts to create a new plan
Of crosswalks and bike lanes and places to stand
And lanes for the cars of course they’re still there
With restrictions in place that they’ll just have to bear.

Unused to this challenge oh MODOT did wail
“We’ve been trained to use hammers why can’t we just nail?”
But this broad coalition continued their stand
And re-explained concepts like induced demand.

And against all odds a new road appeared
And showed that MODOT overcame their old fears
A road on which people can walk, bike, and survive
Restricted from six lanes, it now counts just five!

Grumps predicted confusion and traffic kerfuffles
And cars moving along at barely a shuffle
But to their surprise if not their delight
Even at rush hour the cars are alright.

Sure, it could be better I have to admit
The bike lanes often just suddenly quit
Car speeds are still reckless especially at night
But the improvement is major not merely just slight.

So heed my words now that I’ve told you this story
The champions for change have sure earned their glory
It’s cause for celebration but there’s no time for rest
We’ve tamed the Mighty Gravois now which road is next? 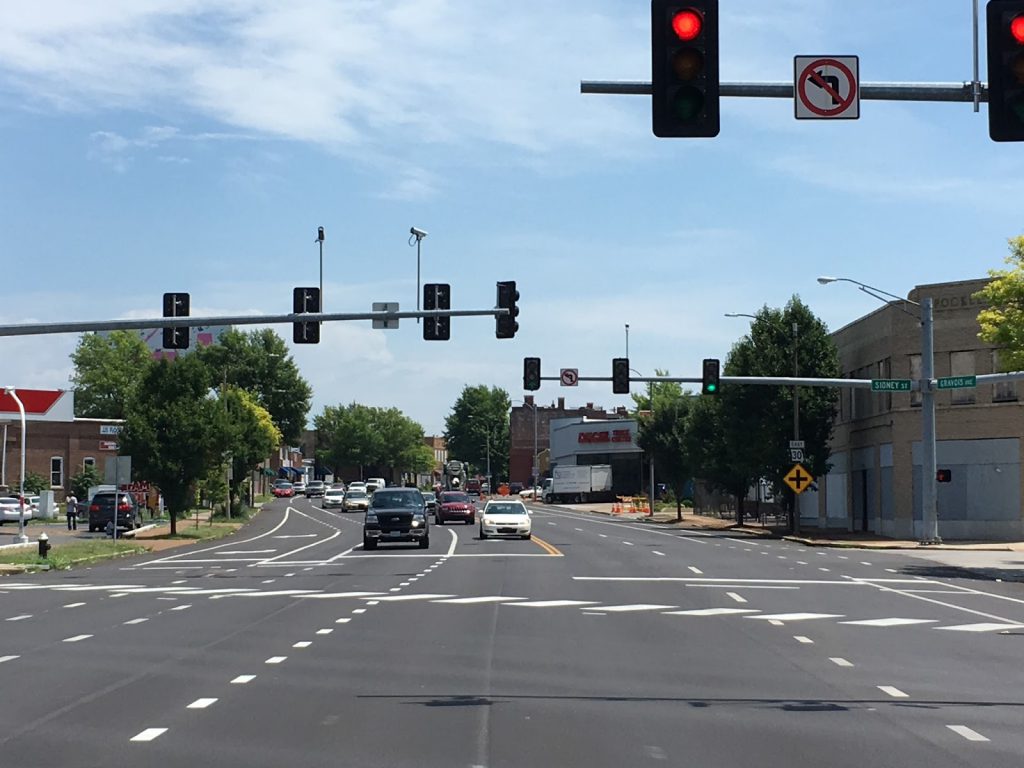 {Gravois at Jefferson, looking northeast, in its new configuration. A lane of traffic was removed in each direction, and replaced with bike lanes and a center turn lane. The road now also has several “zebra crosswalks” that increase pedestrian visibility.}

Sometimes something other than a straightforward story is the best way to share a success story. Thanks to Joe for writing and allowing to re-post. This poem first appeared on Joe’s This damn city. blog.