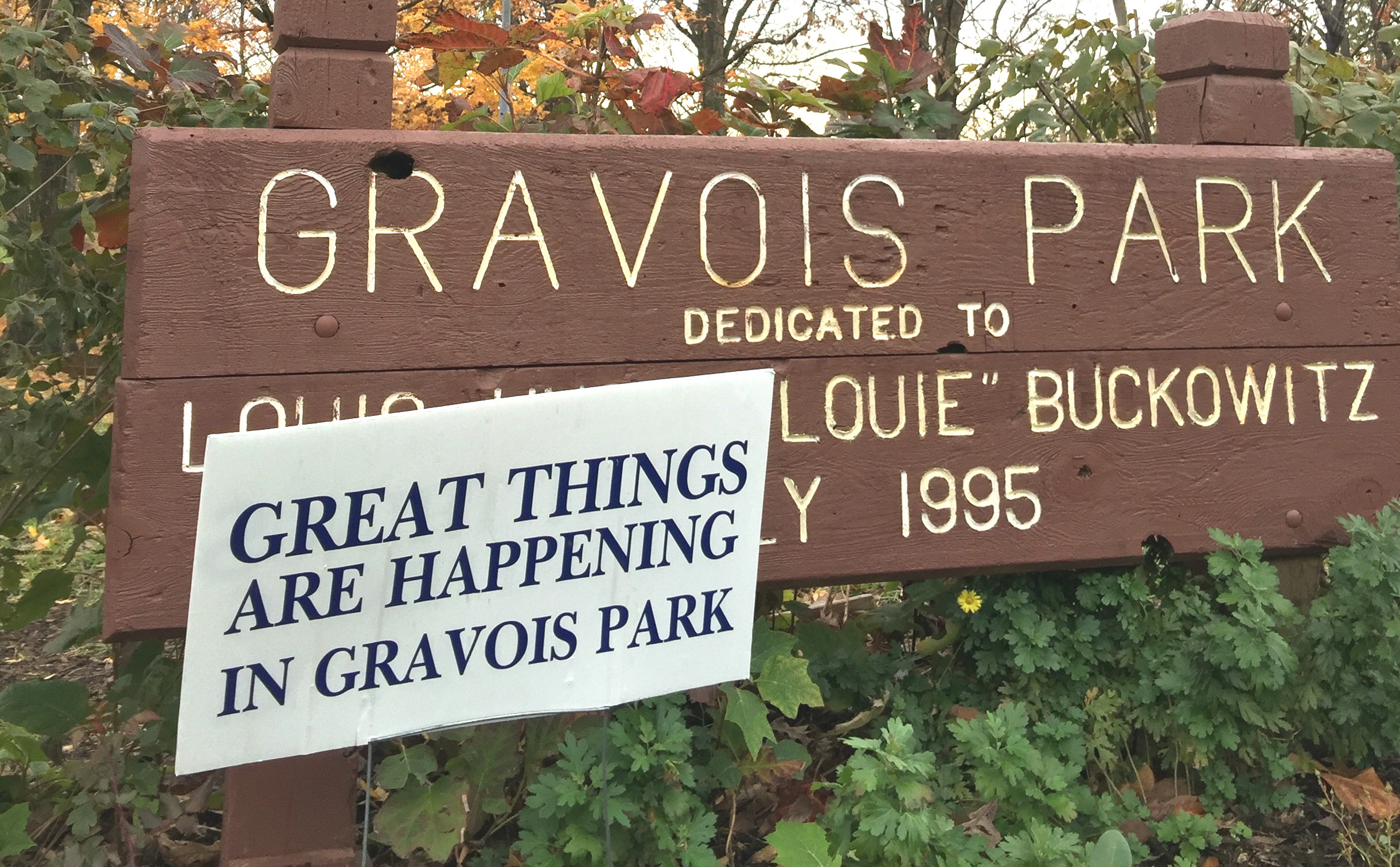 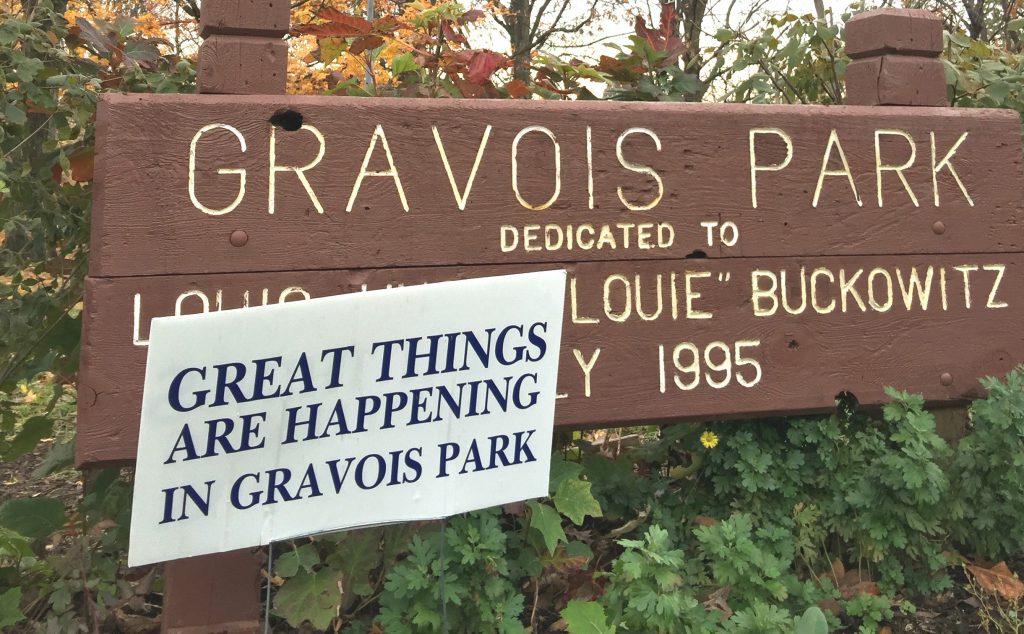 Great things are happening in Gravois Park. So read the sign at the corner of Potomac Street and Louisiana Avenue, planted in the northwest corner of Gravois Park.

Too often, if you read a story about Gravois Park, it likely included the word “crime”. This is changing with several significant development projects. The area has already seen increased building permit activity, and vacant homes no longer skip through the Sheriff’s auction, defaulting to city ownership as they once did. But these smaller investments often pass unnoticed and can be harder to quantify.

Large vacant buildings have a disproportionate negative impact on the perception of a neighborhood. They are obvious signs of neglect, of disinvestment. The vacant schools, warehouses, and other buildings overshadow more fine-grained successes. The reuse of large vacant buildings is generally, symbolically at the very least, the mark of more, and more varied, investment to come. 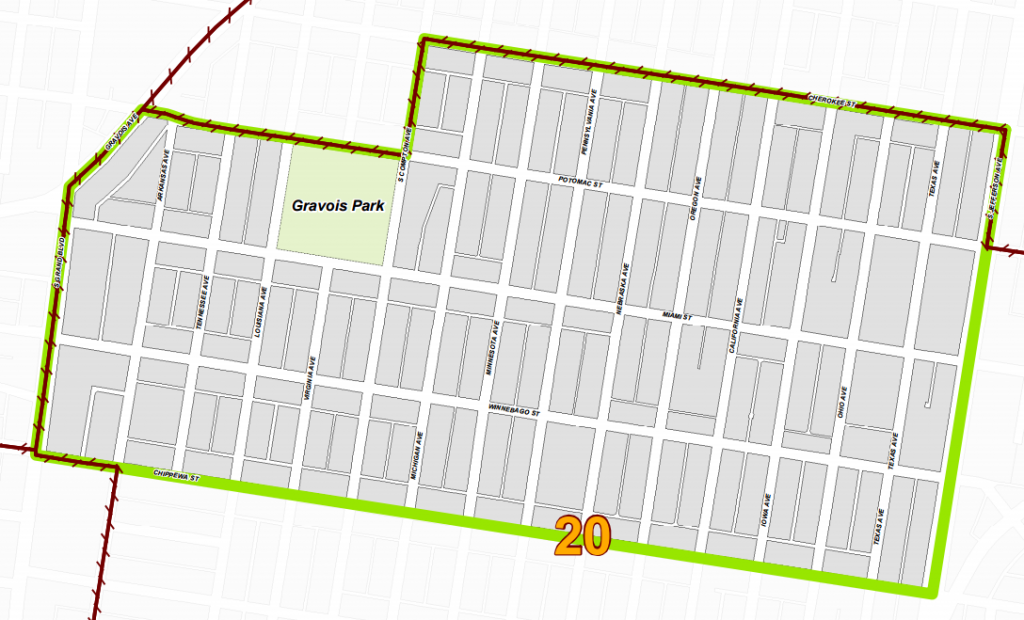 Cherokee Street is the northern border of Gravois Park, and the success of that commercial district is spreading. And so more investment is likely coming to the Gravois Park neighborhood after a long period of a downward trend in overall investment. Recently, Rise and Lutheran Development Group have made big investments in the area with the Chippewa Park scattered site development. LDG, also recently closed on two significant properties, both formerly owned by Holy Cross Lutheran Church.

Better yet, building permits have been issued for both, a $1,059,682 permit approved for 3636 Ohio, and a $823,000 permit approved for the renovation of 3636 Texas. The school building on Ohio will be home to the 4th Eagle College Prep school in St. Louis, while the property sitting between Texas and Jefferson will be transformed into the Intersect Art Center. 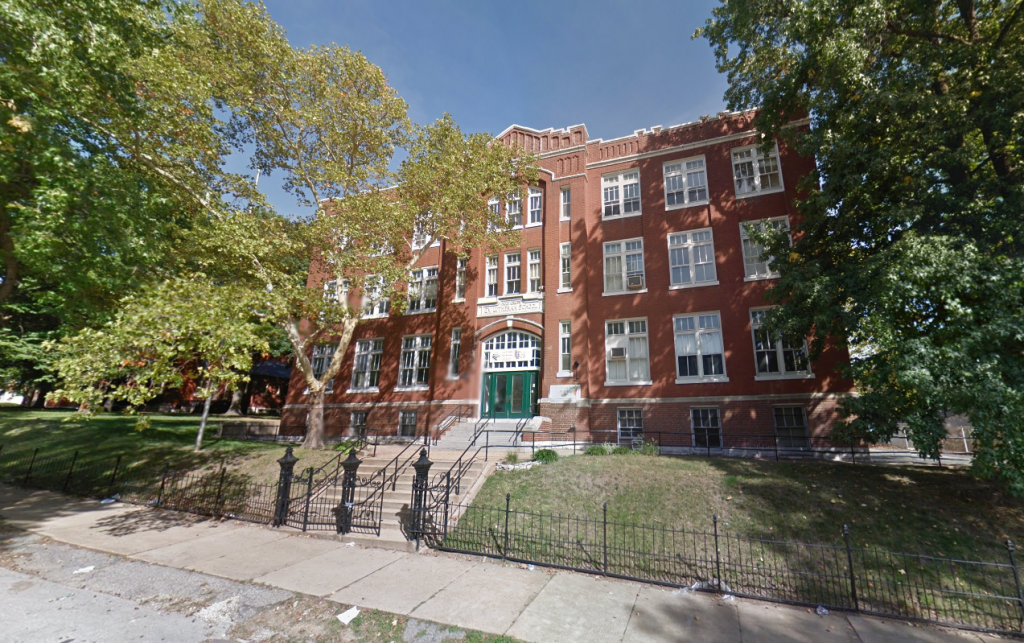 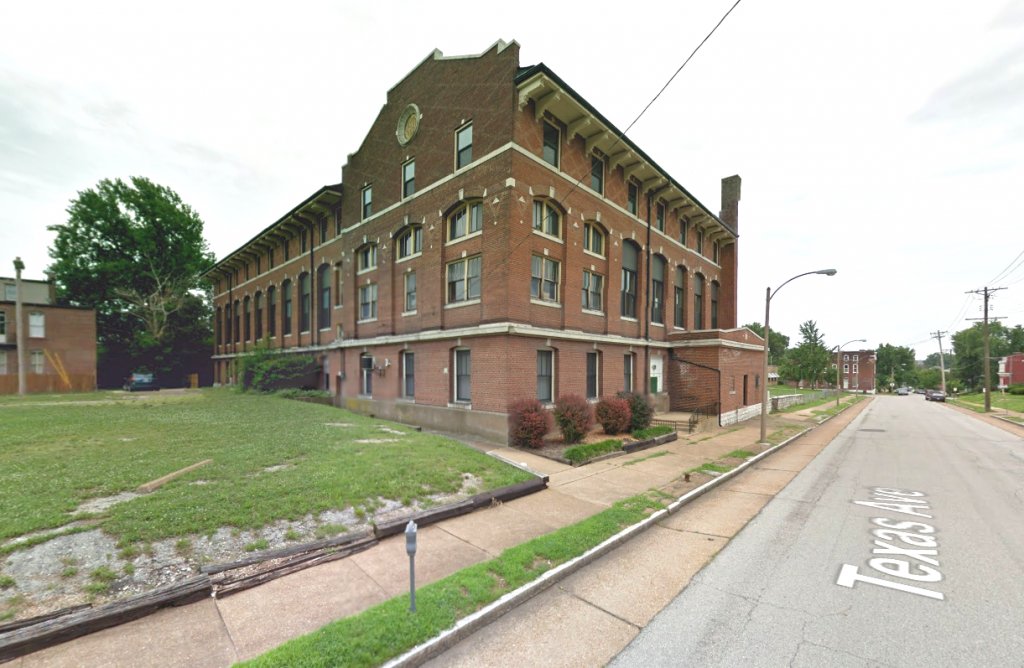 Gravois Park, the park, dates to 1812 as a Commons grant made by the U.S. government. Now the park is getting a new playground thanks to the efforts of the Cherokee Street Development League, Kaboom!, and the New Balance Foundation.

20th Ward Alderwoman Cara Spencer was recently able to redirect city demolition funds to instead stabilize a city-owned building at 3735 California. The home is near two large properties on the SW and NE corners of California and Chippewa Street that may see significant investment soon.

Then came news Blackline Investments LLC is planning 15 market-rate apartments for the long-vacant 3600 Texas Avenue building nearby. The city has marketed the property, offering a 10-year tax abatement since at least 1995. Blackline plans a $1.35M renovation. The project would also use state and federal historic tax credits. The Gravois Park neighborhood lies within the Gravois-Jefferson Streetcar Suburb Historic District, perhaps the largest national register historic district in the nation. 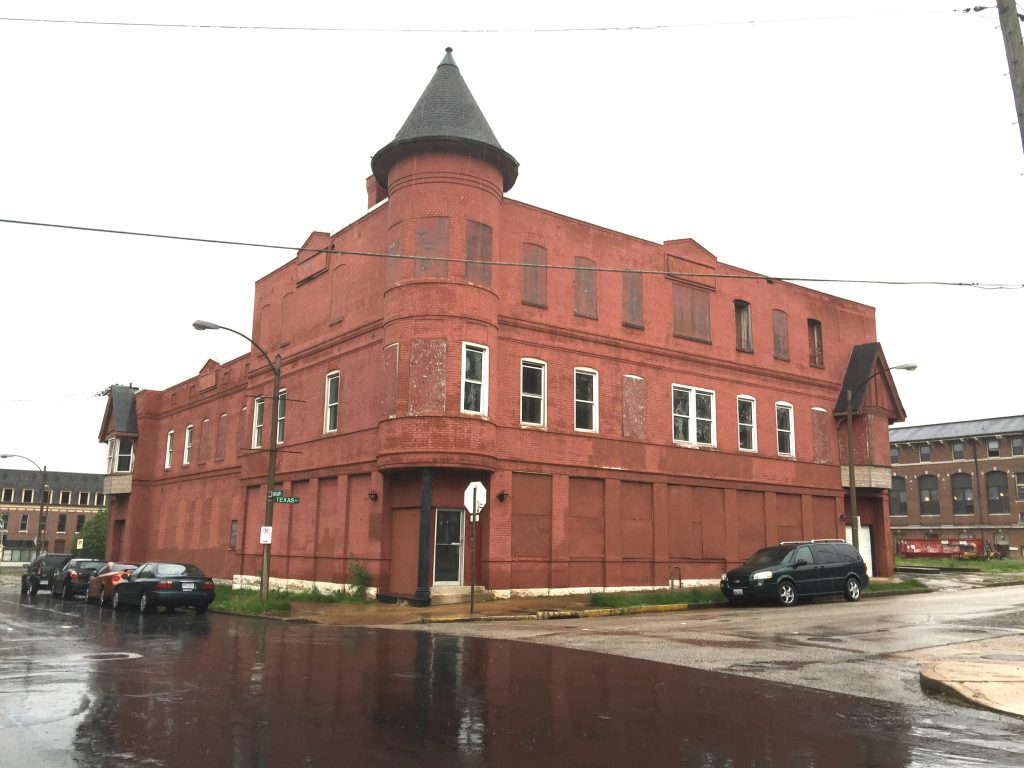 The 15 apartments would range in size from 600-1,250sf, and consist of 10 1BD and five 2BD units. Rents are planned to range from $765 to $1,195. After completion of the apartments, Blackline is reportedly interested in exploring new construction townhomes or additional apartments on adjacent vacant land.

Blackline Investments LLC is comprised of Michael Schwartz and Mark Groenda of Blackline Design + Construction. That company is known for its renovation of the Montclair on the Park apartment building on Kingshighway, Straub’s grocery, and plans for Volpi on The Hill. The company has also designed a modern apartment tower added to historic storefronts at 4528 Olive Street in the city’s Central West End. The new venture is reportedly looking for additional projects in Gravois Park.

The ongoing Gravois-Jefferson Historic Neighborhoods Plan led by Rise and Dutchtown South Community Corporation (where I currently serve as executive director), has spent the past year engaging residents and stakeholders of Gravois Park, NE Dutchtown, and Benton Park West in a proactive effort to define resident’s concerns and aspirations. The result will be a neighborhood plan supported by area alderman and codified by the city.

A wide variety of entities and individuals are also engaged in planning for a “greater” Gravois, an effort born from the misguided MoDOT plan to repave the street which has become a dividing line. Plans would have preserved six lanes of traffic, high speeds, and closed numerous neighborhood access points, reaffirming the goal of moving traffic through the area as fast as possible to the detriment of residents, retail, and quality of life of those being passed by.

Anyone who seems to have an opinion of Gravois Park talks about change. The neighborhood saw extreme white flight in the 1990s. The neighborhood was very white in 1990. The 1990 Census recorded the population as 81% white and 13% black. The 2000 count was 31% white and 60% black. 2010: 22% white, 68% black. The change has been more than the faces of residents. Poverty has increased significantly, as has building vacancy.

Despite relatively high vacancy (858 housing units per the 2010 Census), the .44 square-mile area has a population density of 12,000 per square-mile. With no real retail or industrial space, and one smaller park, the almost entirely residential neighborhood, is likely the most densely populated in the city.

And so Gravois Park continues to face the myriad of social and physical challenges too often present in the city’s neighborhoods. Ultimately, the lack of investment precludes be able to address community concerns. The challenge for this neighborhood may now be to shape coming investment to build a better neighborhood for all.