While the votes for political office are generally quite anticlimactic in the City of St. Louis general election (having virtually been decided by the Democratic primary), the general is where ballot measures and propositions live and die. This year’s election seems to have driven turnout to a relatively high level. The 2013 general election drew just 12.55% of registered voters, while this week saw 30%.

Again, the general election for offices isn’t so meaningful, but Mayor Slay received 19,989 votes (82.22%) in 2013. Mayor-elect Krewson received 39,375 votes (67.54%) this year. Driving turnout this time were several opportunities for city voters to assess special purpose taxes, and change city government. Maps below by Paul Fehler visualize voting across the city by ward.

What stands out here? Prop 1 passed easily. Widely promoted as the “MetroLink expansion” tax, the funding generated may or may not lead to a new north-south rail line in the city. Plenty of questions remain about that project, but, and this is why it was vitally important to the city that this measure pass, the city now has dedicated funding to finalizing planning for transit expansion.

The asymmetrical relationship between city-county, with St. Louis County providing significantly more transit funding to Metro, has been a hindrance to development smarter urban transit. Still, Prop 1 did gain a majority of votes in central north city wards, which are specifically the areas of the city meant to be served by a new rail line. While central and south city voted for the measure, support was the lowest in areas likely to be served as well.

The voting pattern of Prop 2 mirrors Prop 1 in many ways. Opposition is found in central north city wards, with lower support in central south city as well. The areas of the city with the largest minority populations voting overwhelmingly against Prop 2. Still, the vote was close, with perhaps tepid support from south city Republicans and other more conservative voters being as decisive as the north city vote.

Prop NS found well more than a majority of voters supporting the measure but needed 2/3 approval to pass. Voting patterns again mirror other measures, with the percentage of “No” votes greater than 50% across eight north city wards. As with Prop 1, these are the areas specifically targeted for the use of the funds that would have been generated. Prop NS found significant support in the 28th, 8th, and 15th Wards. Perhaps these are areas that have witnessed the value of historic rehabs, of putting city-owned property back into use.

Very clearly there’s a lack of trust, a general distrust of city government in places most negatively impacted by past and current policy. That’s probably not surprising. I’m not sure Prop 2 (soccer stadium) was really sold as a benefit to north city residents, but Prop 1 and Prop NS were, and yet still failed to find support. Voters did not believe what they were told would help them, would help them.

Another way to look at it is that voters in wards most directly challenged by crime, vacancy voted against changing the status quo, against funding new efforts and ideas. It appears that distruct and skepticism carried the vote. We’re interested in your interpretations as well – see you in the comments!

Proposition 2: required a simple majority to allocate the new use tax (a component of Prop 1) to fund a Major League Soccer stadium. With 47.21% voting Yes, the measure failed to pass.

Proposition NS: required 2/3 approval to increase property taxes to issue bonds to be used to stabilize vacant buildings. With 58.57% voting Yes, the measure failed to pass. 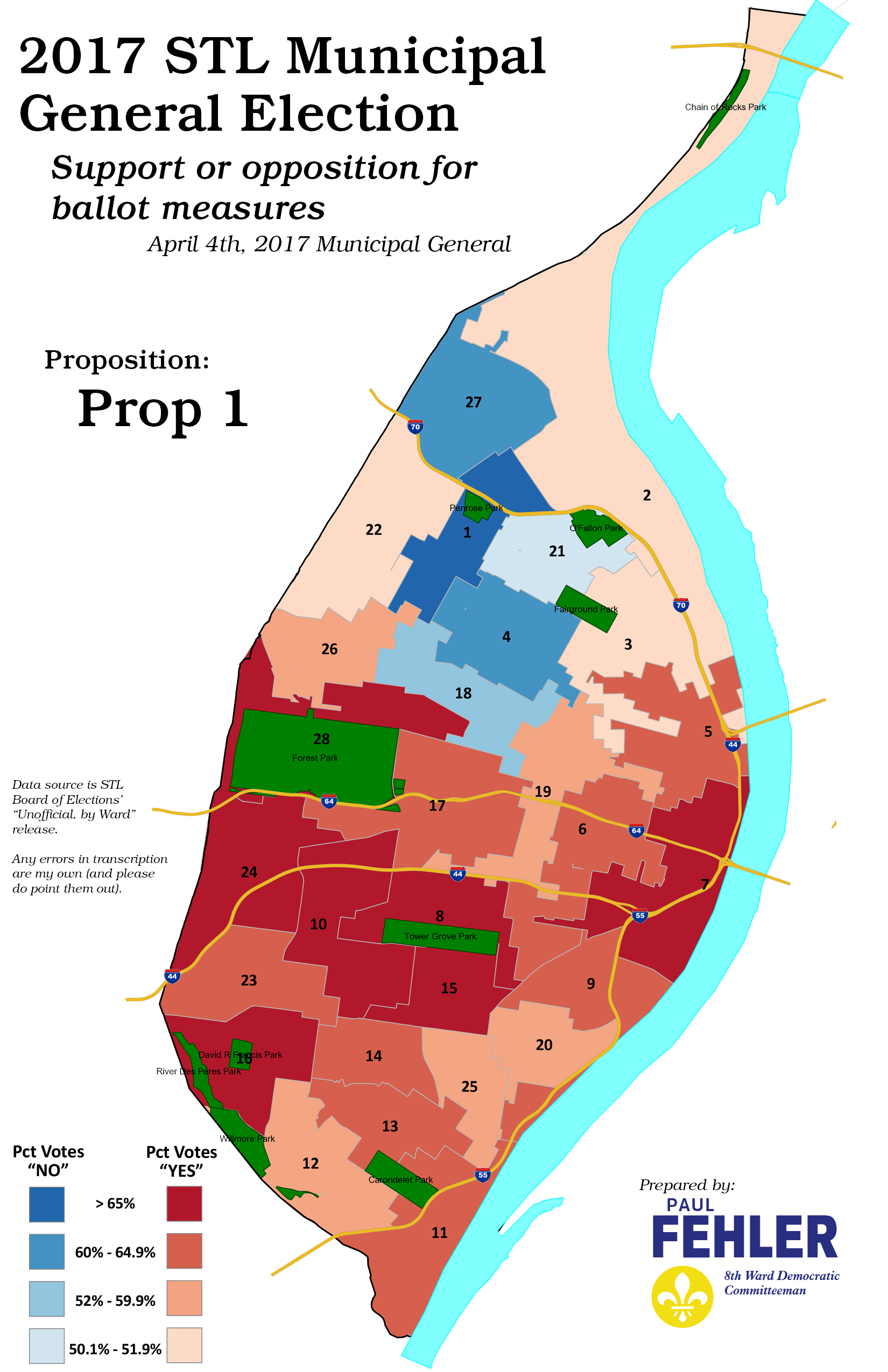 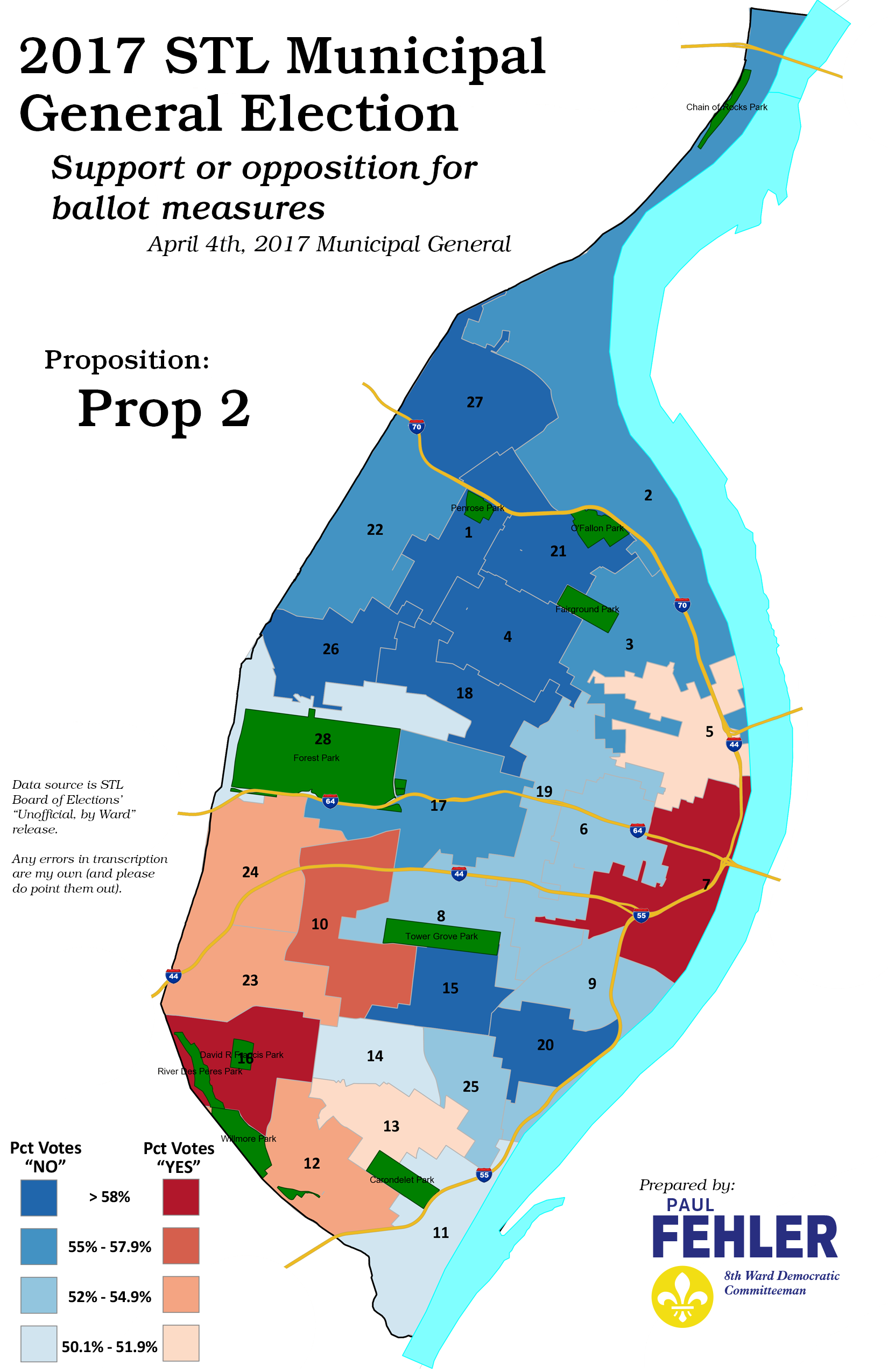 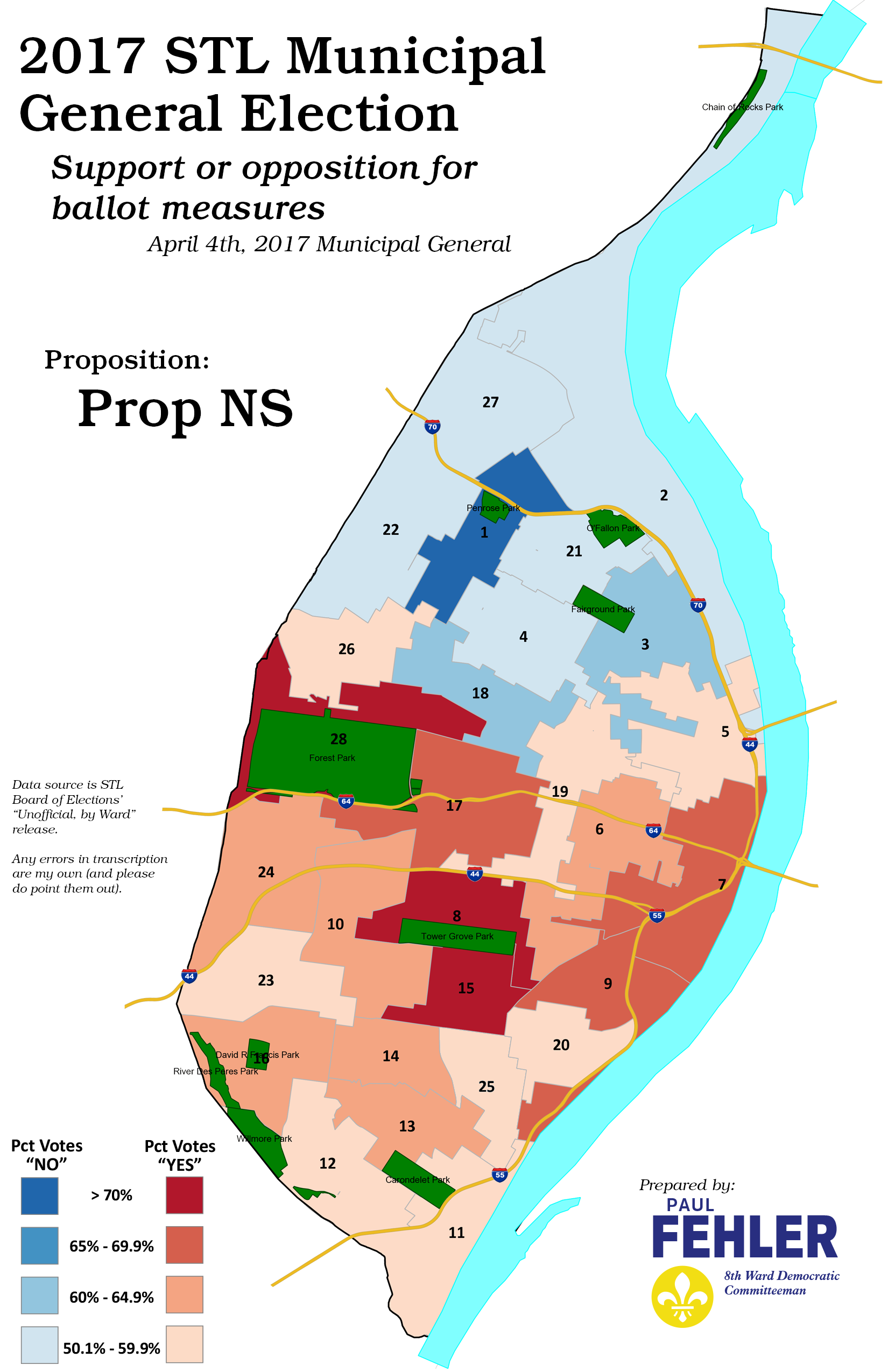