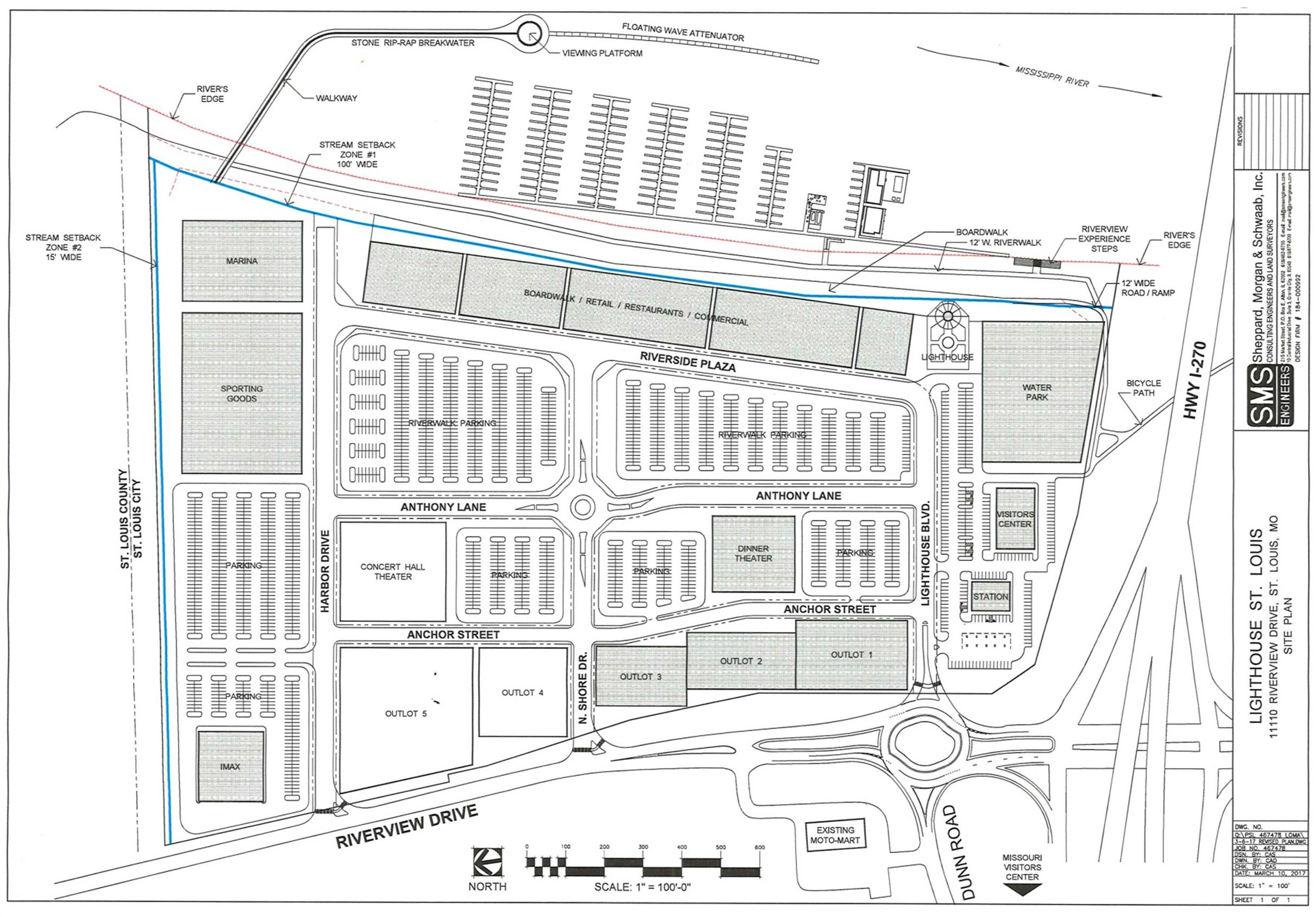 The 70-acre site sits immediately north if I-270 along the Mississippi River at the city limits. The project has changed a bit over the last couple years, but raising and grading the site appears done, and it remains a mixed-use destination retail and entertainment center, with a marina and boardwalk. 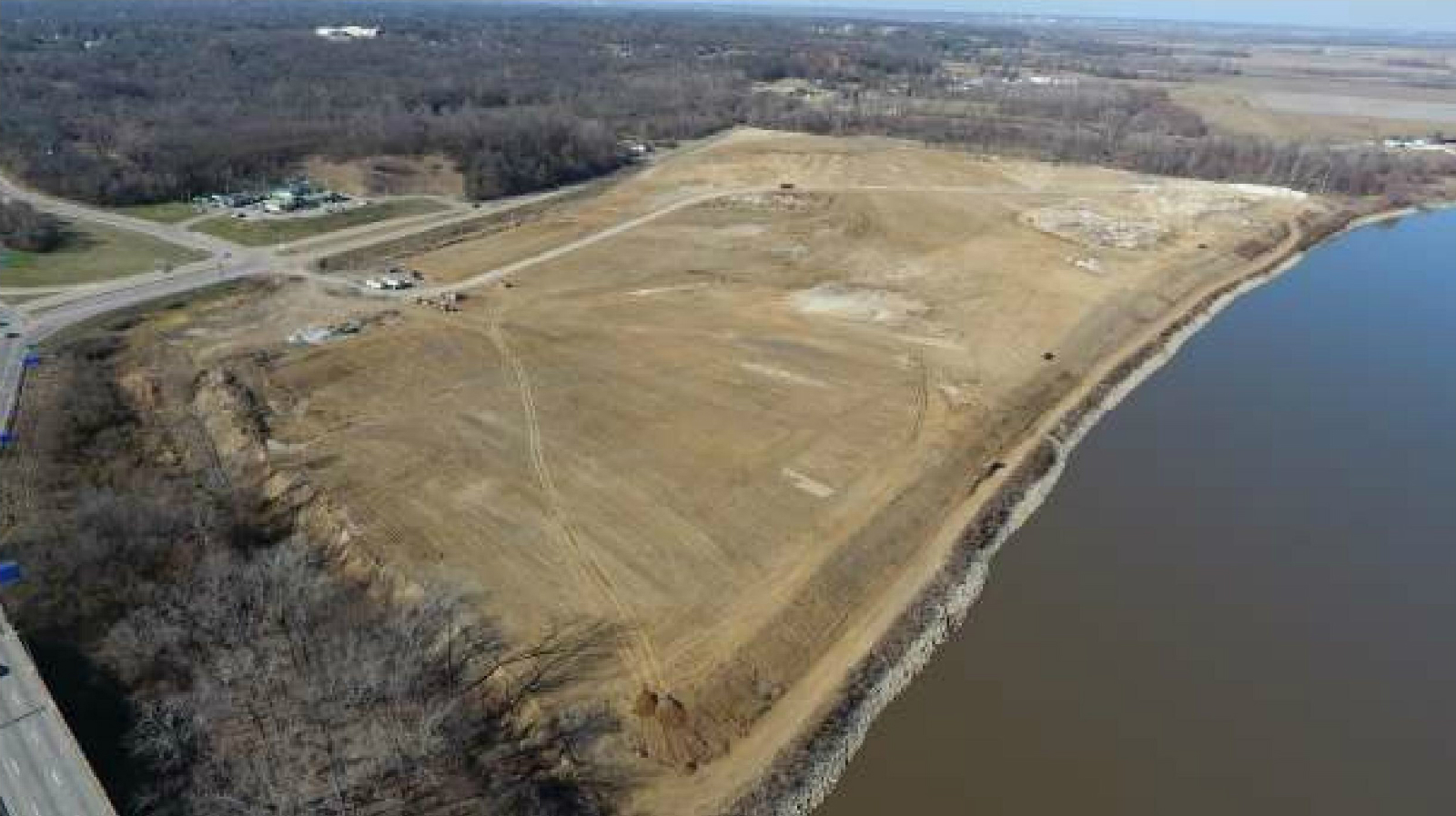 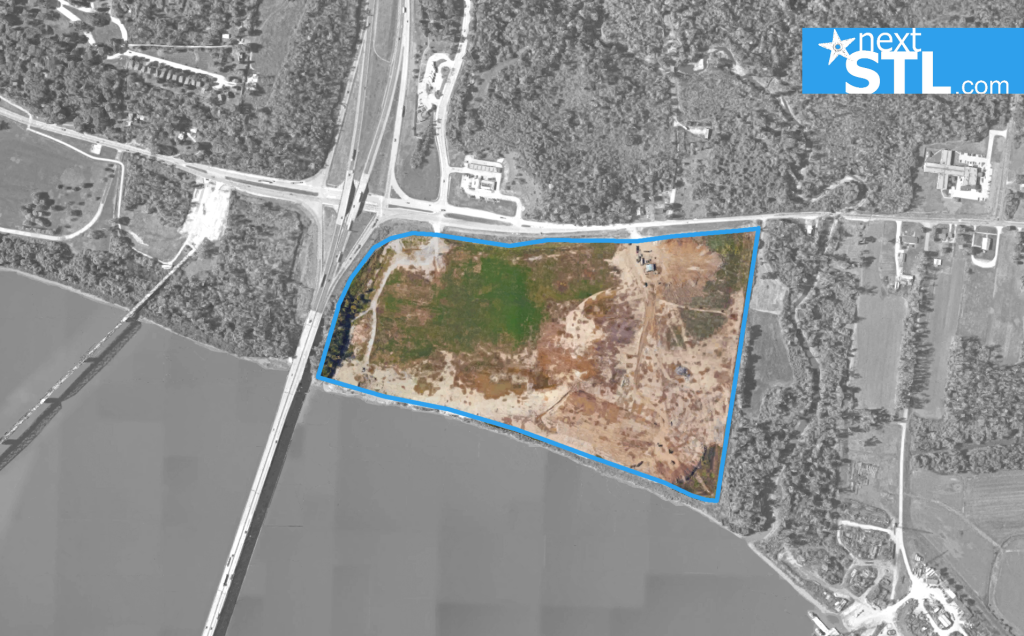 The project was in front of the Planning Commission to request a zoning change from “Single-Family Dwelling District” (and no, that current zoning designation does not make any sense) to “Special Mixed Use Area”. Second, the developer is seeking the establishment of a Special Use District (SUD). The SUD allows for excluding certain uses. Prohibited would be: check- cashing establishments; pawn shops; utility stations or towers; public storage facilities for rent or lease; open storage; and warehouse/distribution. Conditional uses would be: cell phone, beeper, or pager shops; automobile or truck rental requiring outside storage of vehicles. The SUD would also create a 100ft setback along the river.

It’s a little difficult to understand how such a development would succeed financially. The city, and especially North City, is losing population quickly. The metro east lost more residents from 2000-2010 than did the city (-8%). St. Louis County is losing population, and primarily from North County. And the St. Louis region remains over-retailed. Among the litany of examples (see: Jamestown Mall et al.), even Chesterfield is seeing a challenging retail environment (see Chesterfield Mall and outlet centers). 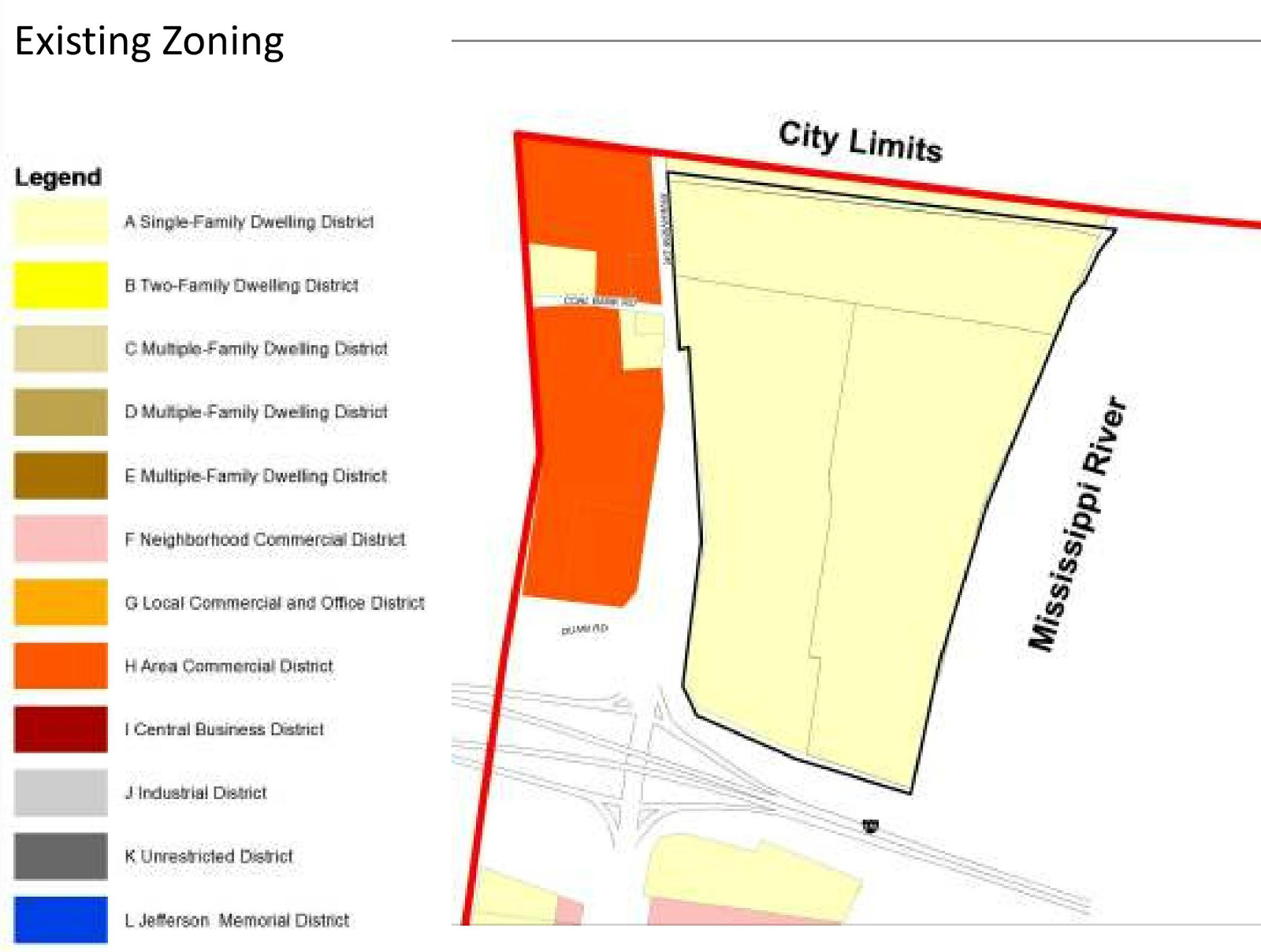 Images from our previous report: 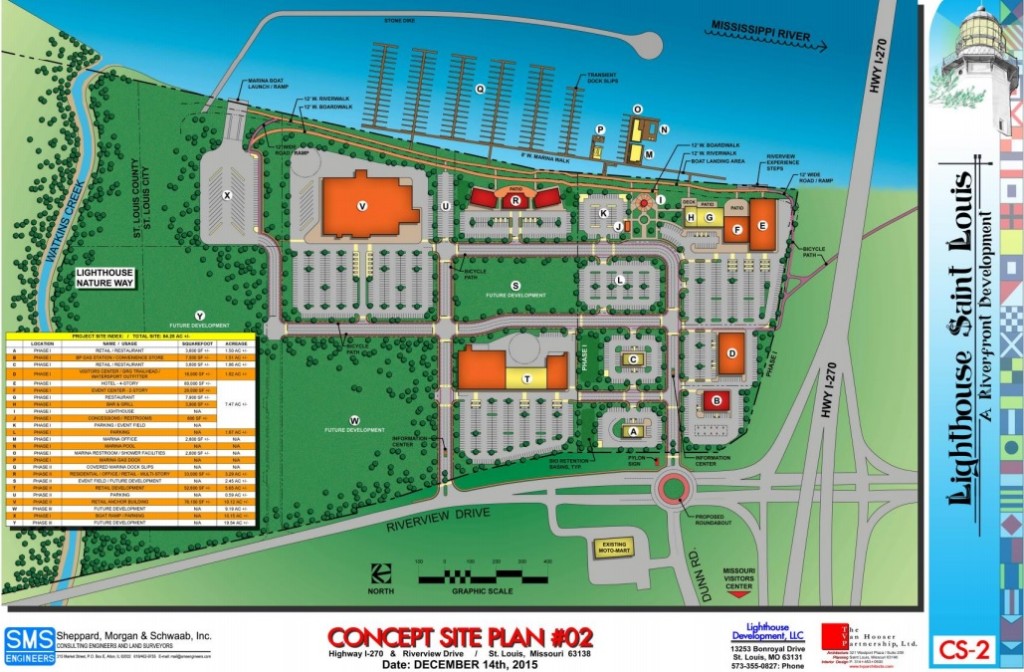 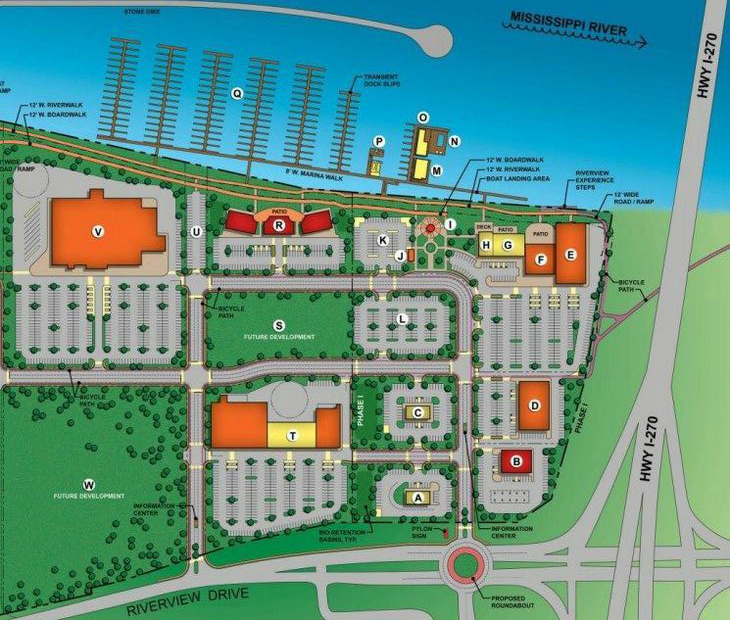 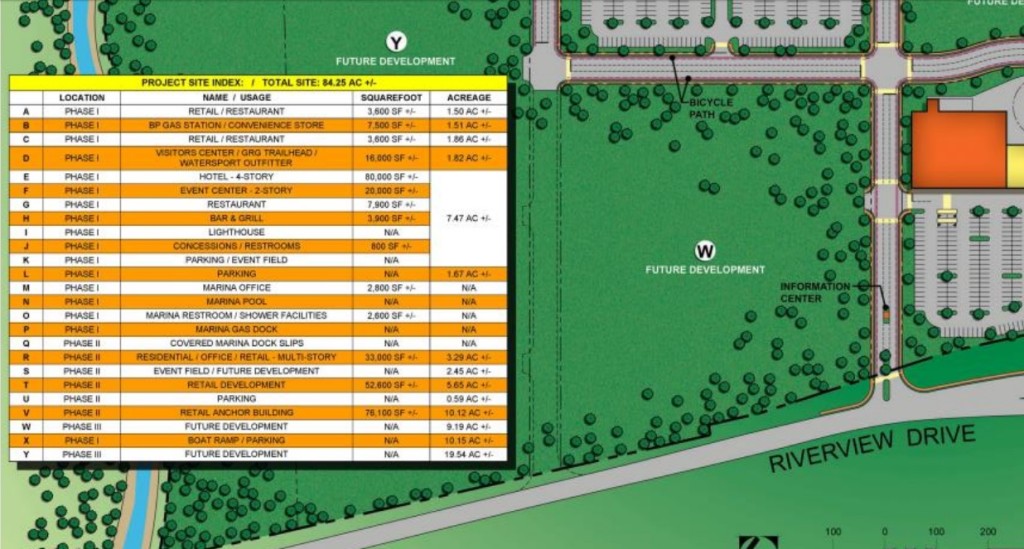