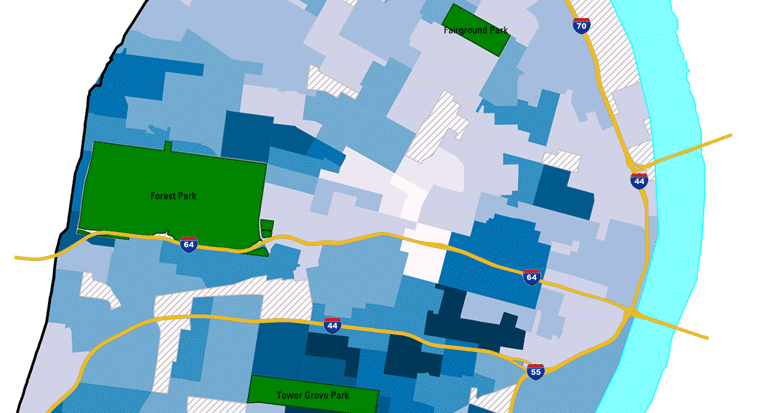 From Paul Fehler:
By tradition turnout numbers have always been delivered as a percentage of “who shows up” out of “who’s registered (and active) to vote” – but that’s a terrible yardstick and always has been. Demographers use different number: the Census calls it “VAP” and it stands for “Voting Age Population”, the universe for VAP is: all people 18+ who are U.S. Citizens and are non-felons*. In other words: everyone who COULD vote if they wanted to.

Maps are 2016 (4Q) ACS data blended with 2010 USC shapefiles informed by STL BoE “by precinct” data release. Breaks are “Jenk’s Natural” fudged for round numbers. Any transcription errors are my own (and please point them out). 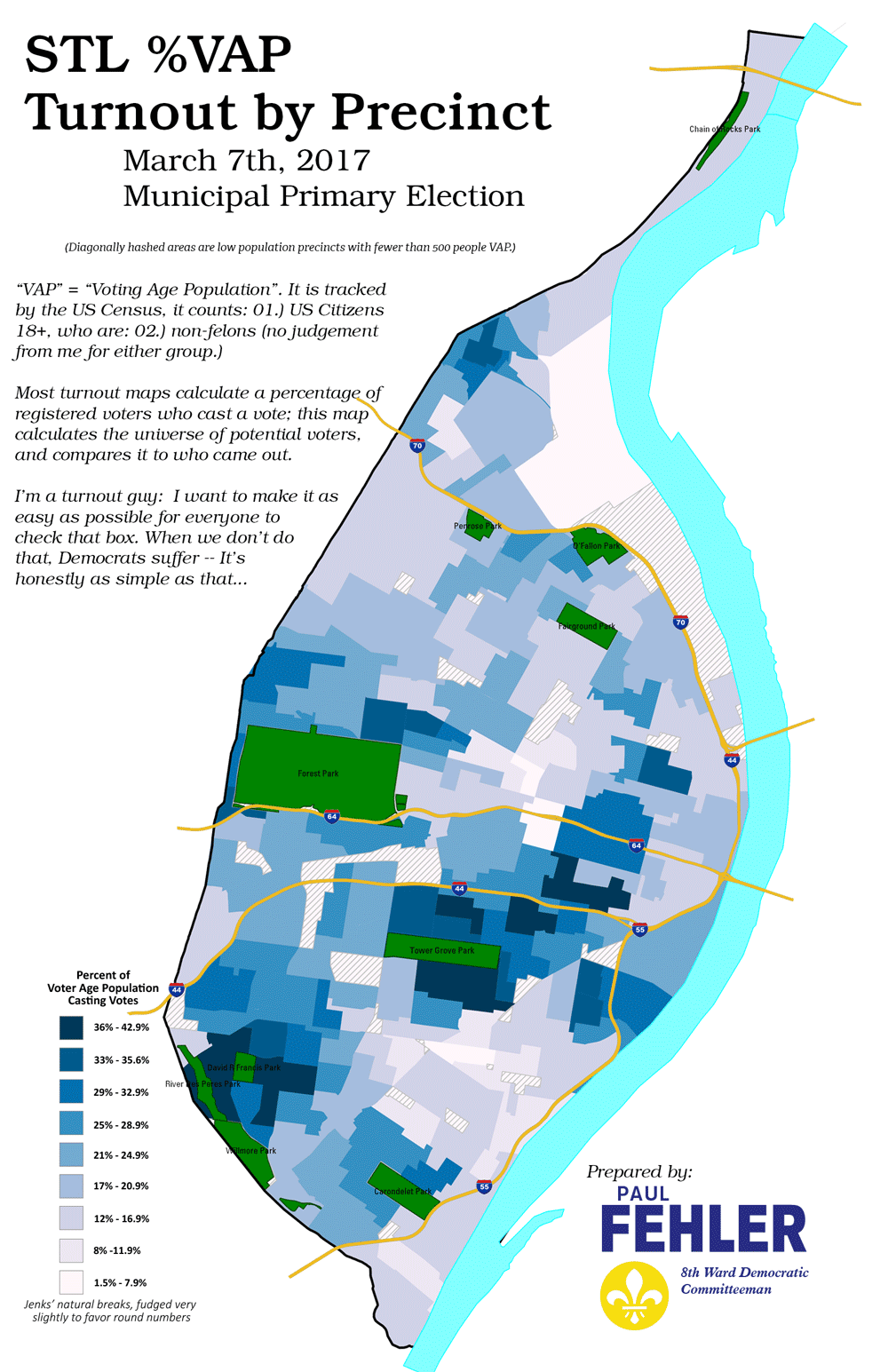 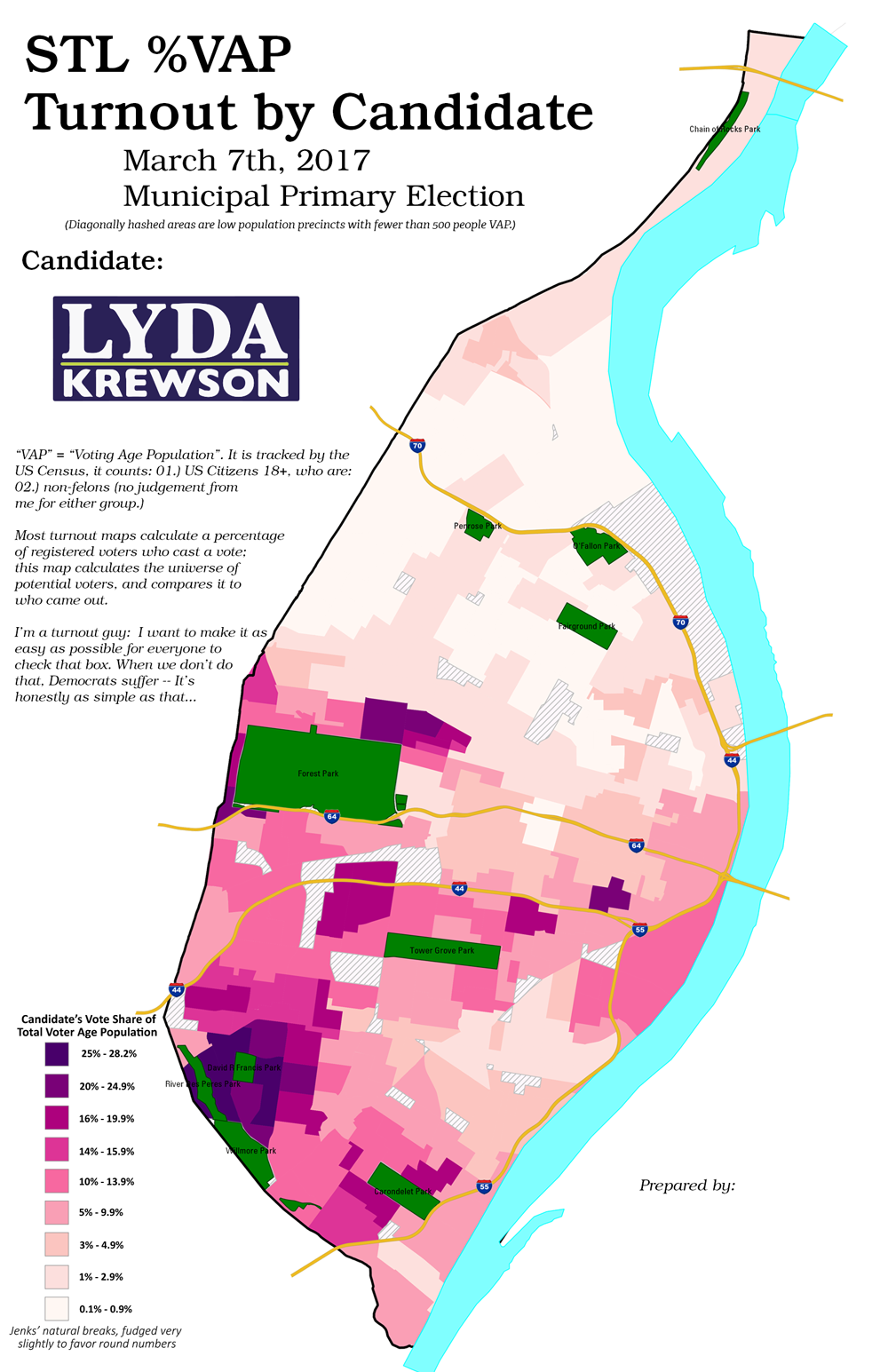 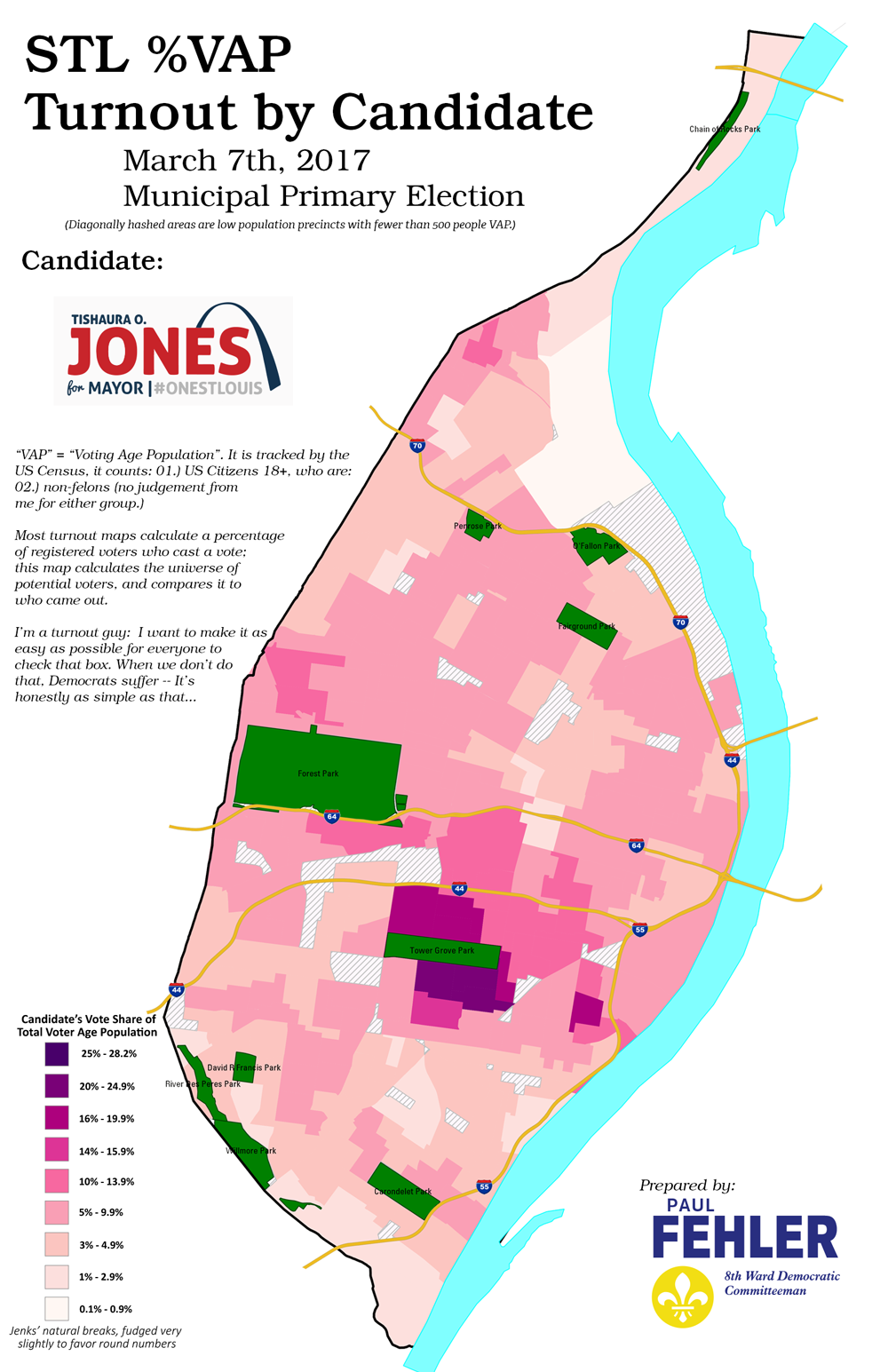 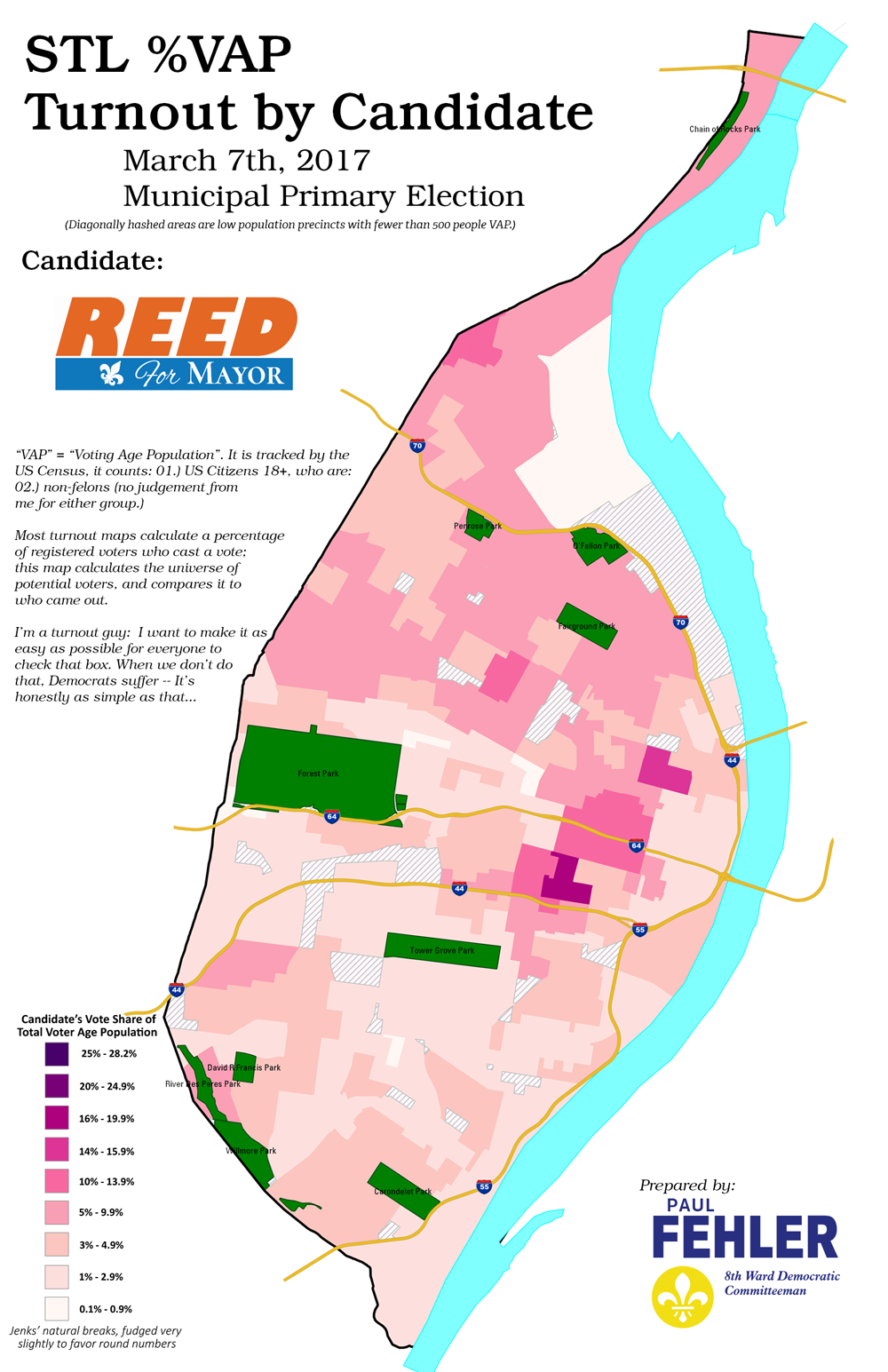 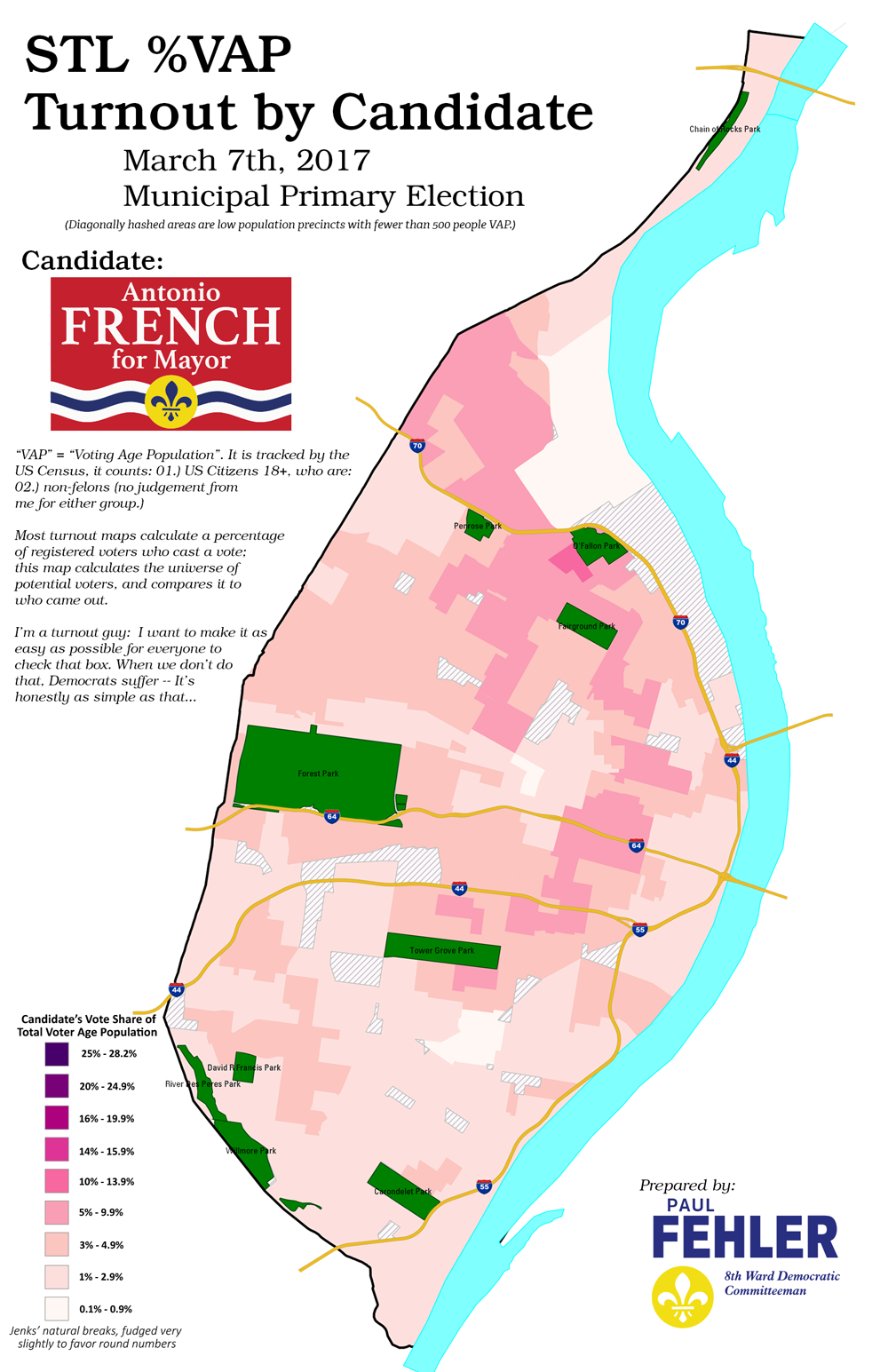 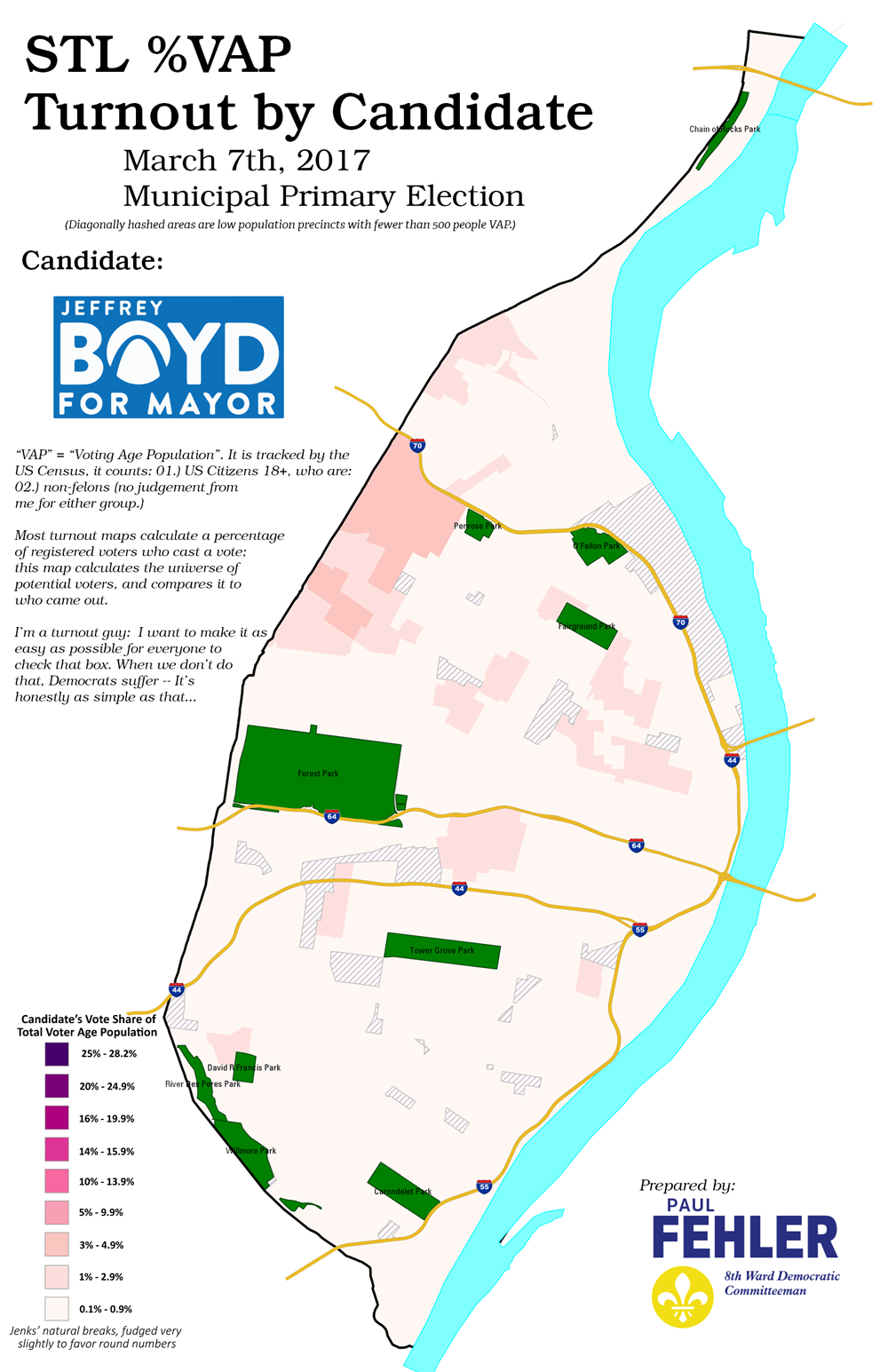 28th Ward Alderwoman Lyda Krewson is likely to be the next mayor of the City of St. Louis. She would be the city’s first new mayor in 16 years, following the record four-term run on Francis Slay. She would also be the first woman mayor in the city’s 253-year history.

Notes on election results, and maps by NEXT STL and Paul Fehler (click images to enlarge):

Victor Lyda Krewson topped 50% of the vote in just four of the city’s 28 wards. That may not sound impressive, but among the next three challengers, who split 64.53% of the vote, that number was reached just once in 84 opportunities. City Treasurer Tishaura Jones garnered 53.38% of the 15th Ward ballots.

There are plenty of “what-ifs” in a close election, but if we look at Krewson v. Not Krewson (Jones+Reed+French)? Krewson wins just five wards and loses 13 by more than a 50% margin. Krewson and Jones split wards with the highest voter turnout, each winning five of the top 10 wards by voter participation.