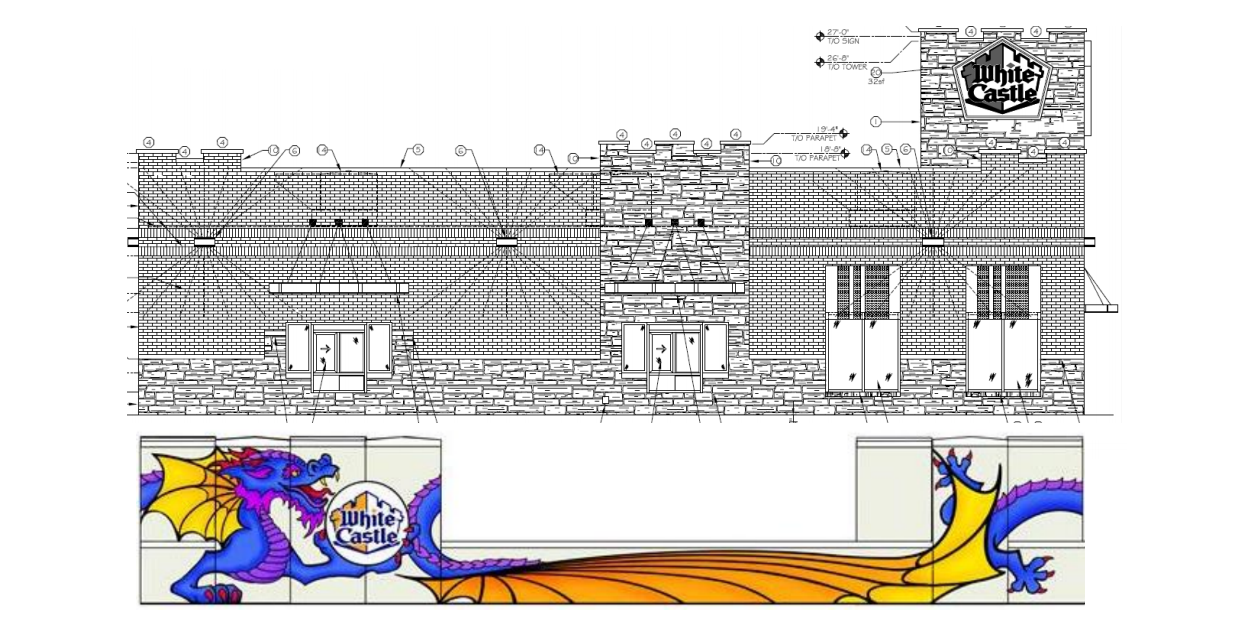 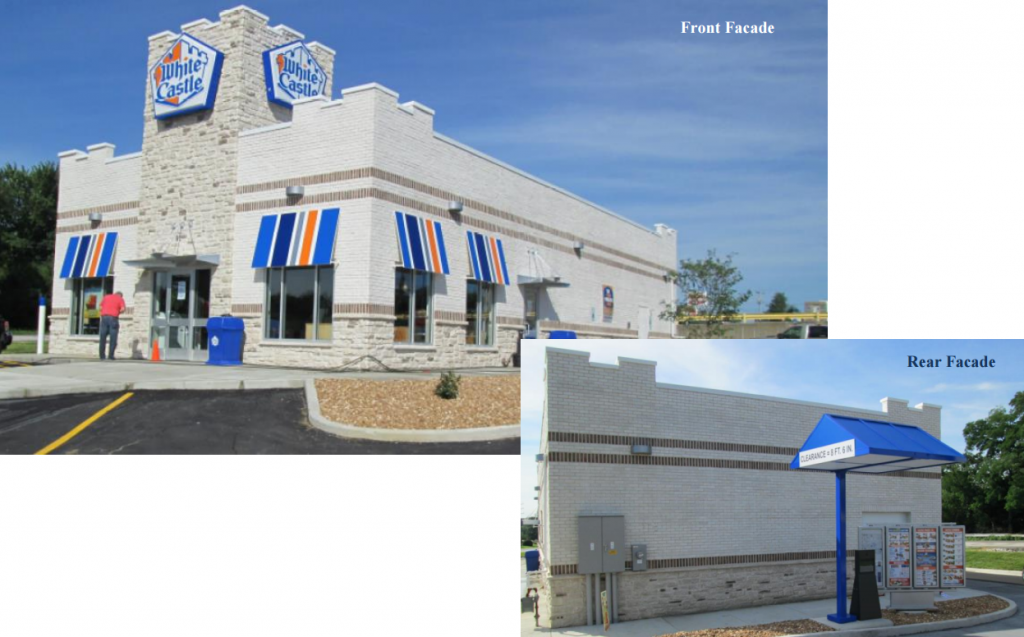 If all goes according to plan, White Castle may soon slide in a new building it’s been craving at the location in The Grove. The existing building at the southeast corner of Vandeventer and Chouteau Avenues is 25 years old, where a White Castle has been located since 1950. The new building could be constructed and opened in just 120 days.

White Castle was sent back to the drawing board previously as the neighborhood sought a more pedestrian-friendly design with the new building pushed to the Vandeventer sidewalk. The initial site plan preserved curb cuts on Choteau and Vandeventer and encircled the restaurant with a driveway. Two options now being presented show variations of curb cuts and parking configurations.

In addition, a mural featuring a dragon is proposed for a fence on the site. The Grove is home to dozens of murals adorning various buildings and feature cyclists, a panther, Shakespeare, a martini glass and more. Images and information via Park Central Development Corporation.

The new White Castle restaurant will be 2,793 sq ft. including an enclosed area for storage and matching trash enclosure. Exterior materials will consist of masonry brick, stone accents, and two windows for drive-thru service. The indoor dining area will have seating for 50 customers and outdoor seating at two patio tables. Both inside dining area and drive-thru operations will be open twenty-four hours.The three trees along Chouteau will remain, and new landscaping will include three Red Bud trees and two hundred and

The three trees along Chouteau will remain, and new landscaping will include three Red Bud trees and two hundred and five perennials that are located along the perimeter of the site and dispersed onsite. All existing on-site features will be demolished including pavement, curbing, light poles, landscaping, some utilities, menu board, and clearance detector.The parking lot will be new pavement and striping and use the existing entrances on Chouteau and Vandeventer. A new sidewalk will be

The parking lot will be new pavement and striping and use the existing entrances on Chouteau and Vandeventer. A new sidewalk will be constructed from the front of the building to the existing sidewalk at Vandeventer for pedestrian access and to meet ADA requirements. A pylon sign will be installed at the southwest corner of the property with the new White Castle logo. The proposed construction includes all new lot lighting around the perimeter of the parking area. 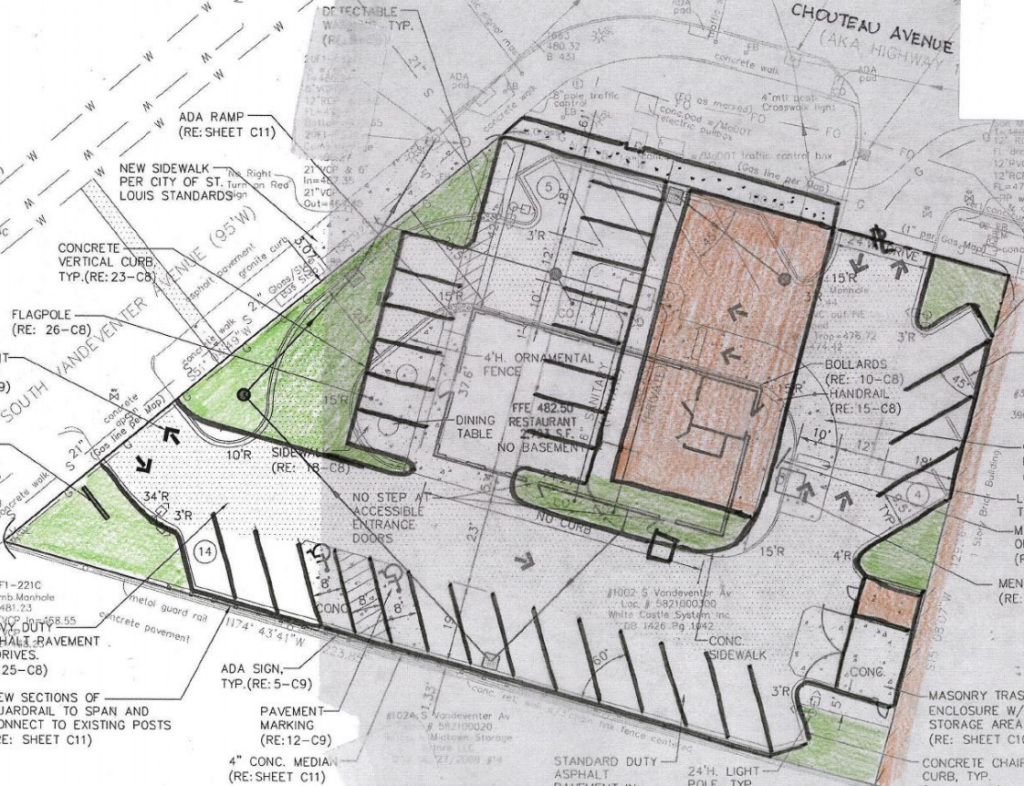 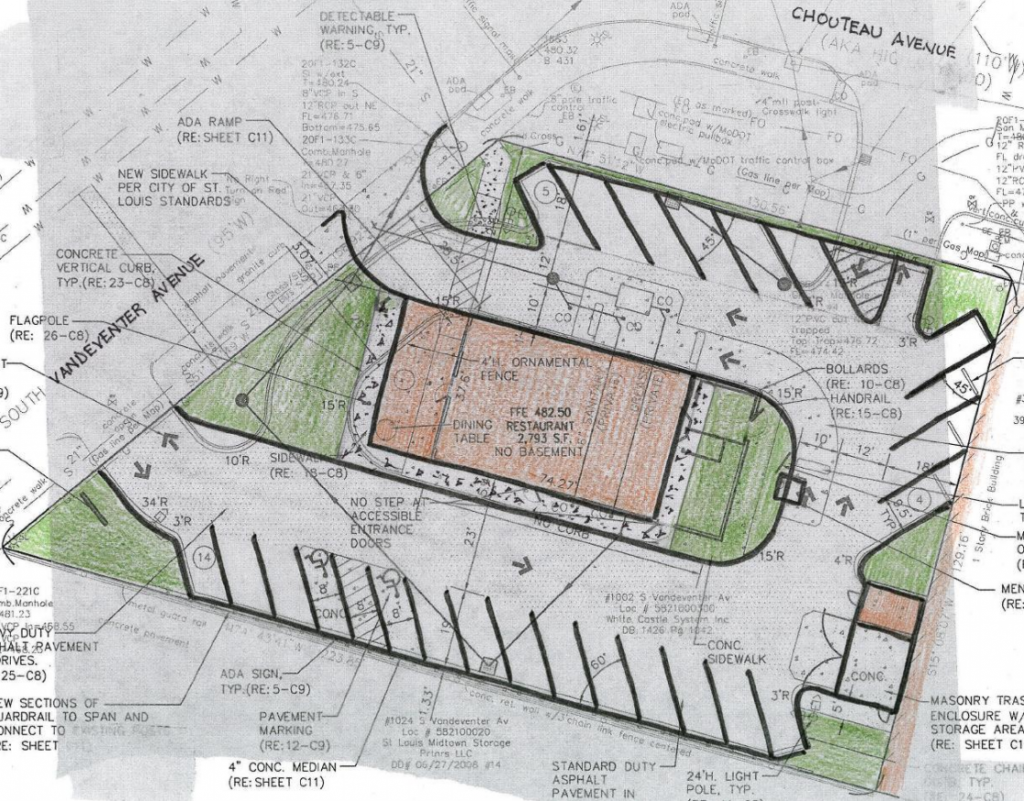 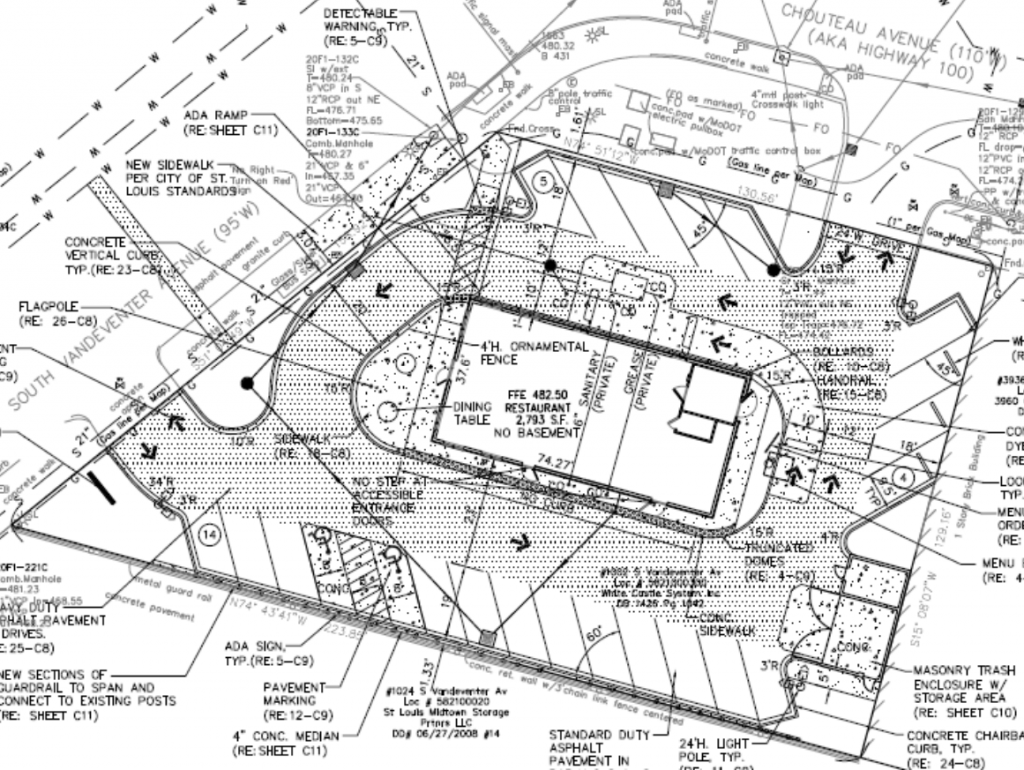 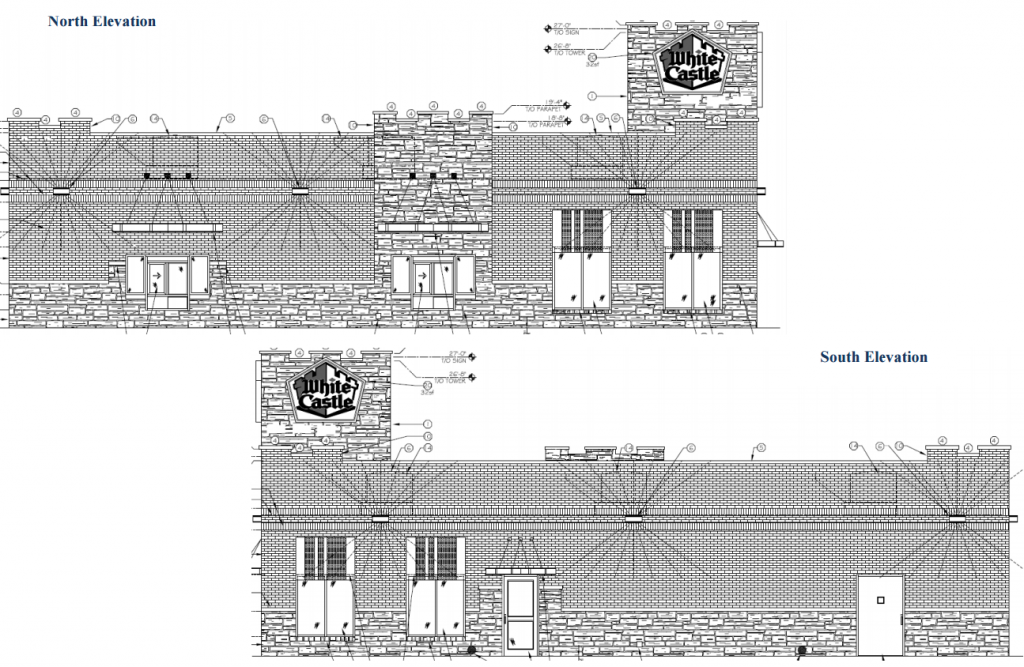 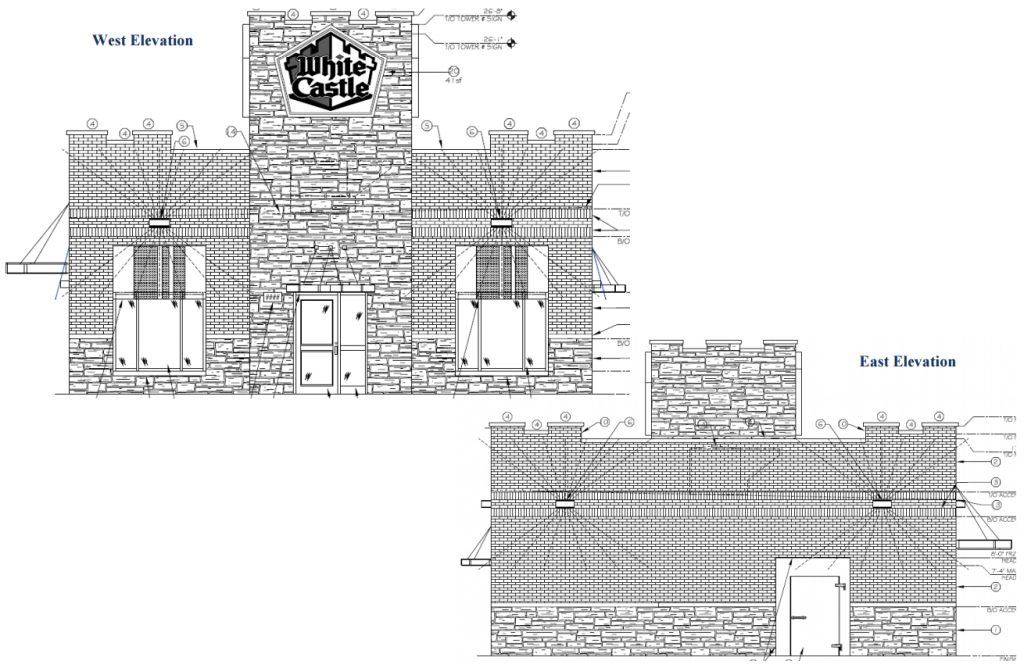 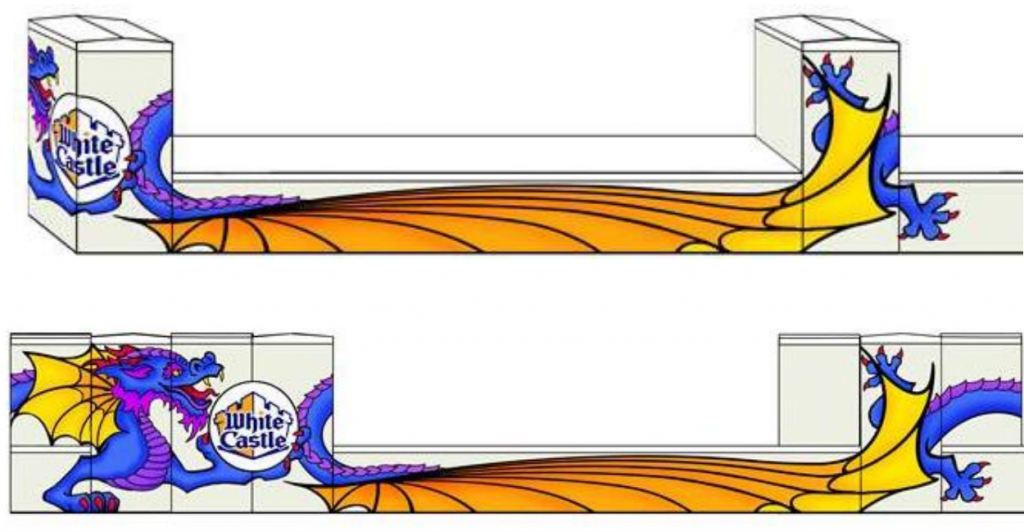