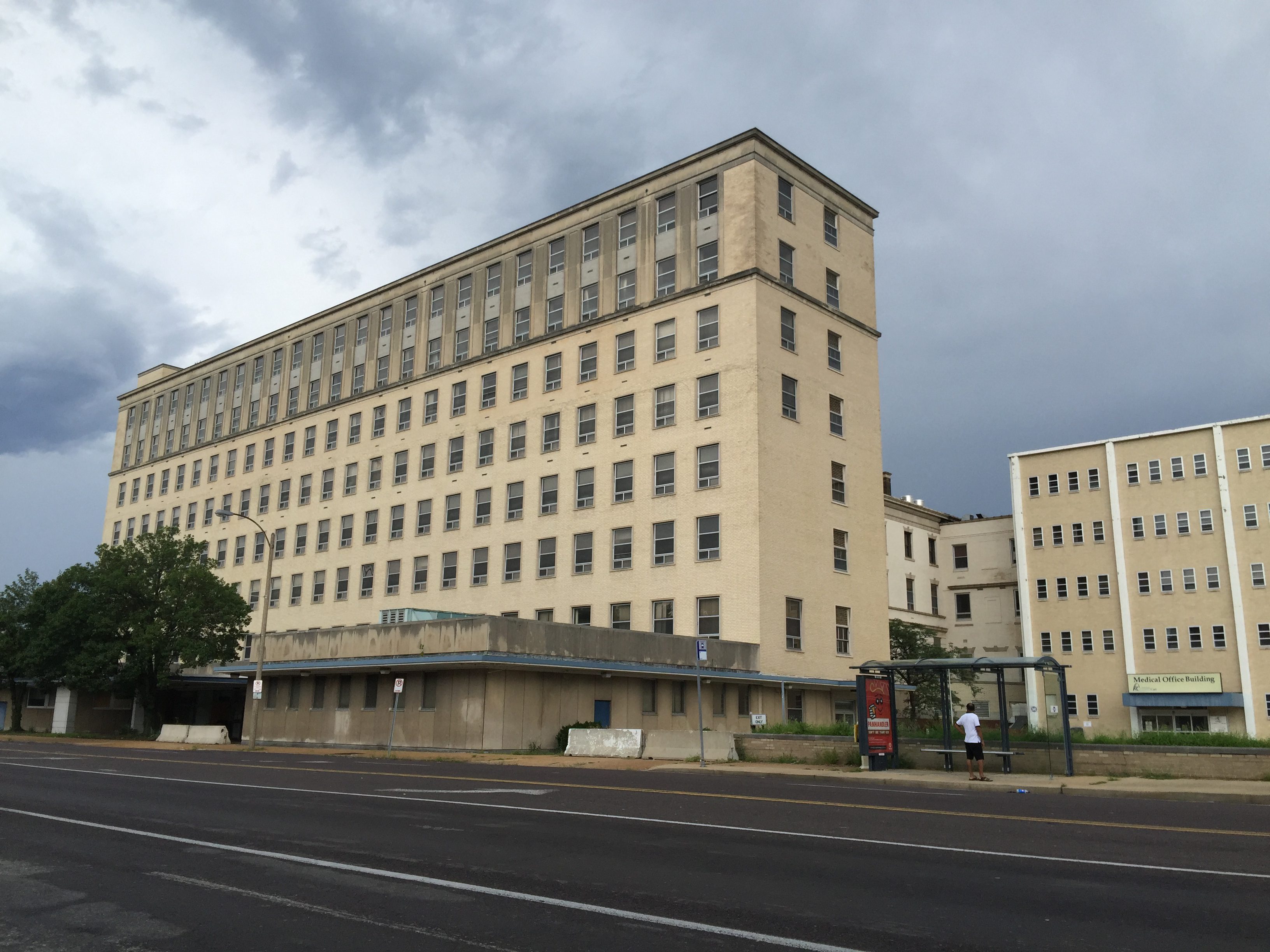 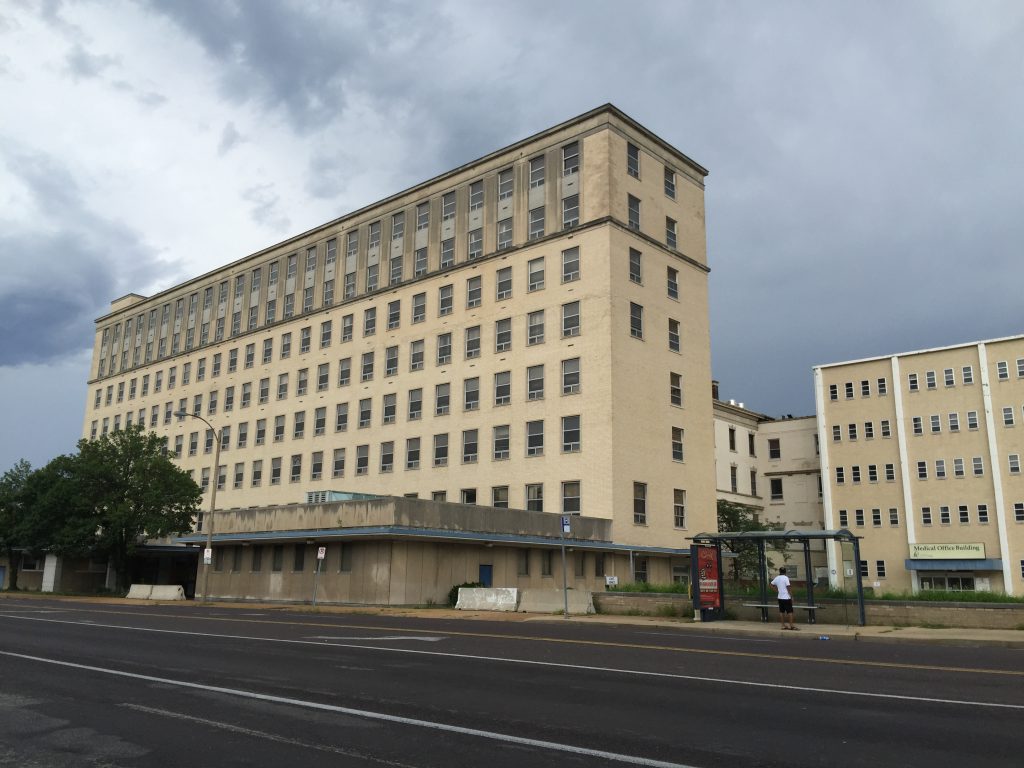 The “Grand Missourian International”? The “Delmar Divine”? These are the aspirational names for a series of buildings that are anything but inspirational. The hodgepodge of buildings that constitute the abandoned St. Luke’s Hospital on Delmar Boulevard in the City of St. Louis has attracted some big names and big ideas.

The Post-Dispatch is reporting that two developers have presented redevelopment plans to the city that would preserve the existing complex. Located at 5555 Delmar Boulevard, the approximately 7.5-acres site is owned by the city’s Land Clearance for Redevelopment Agency (LCRA).

Submitting presentations to the city, according to the Post-Dispatch, were the team of Maxine Clark, founder and retired chief executive of Build-A-Bear Workshop (now CEO of the Clark Fox Family Foundation), and Bob Clark, chairman and chief executive of Clayco Corp (nope, they’re not related). Titled “Delmar Divine”, the project could include 160 apartments serving Teach for America – an idea once explored for the Jefferson Arms building in downtown. The redeveloped complex could also house various non-profits, providing shared services and low rent. 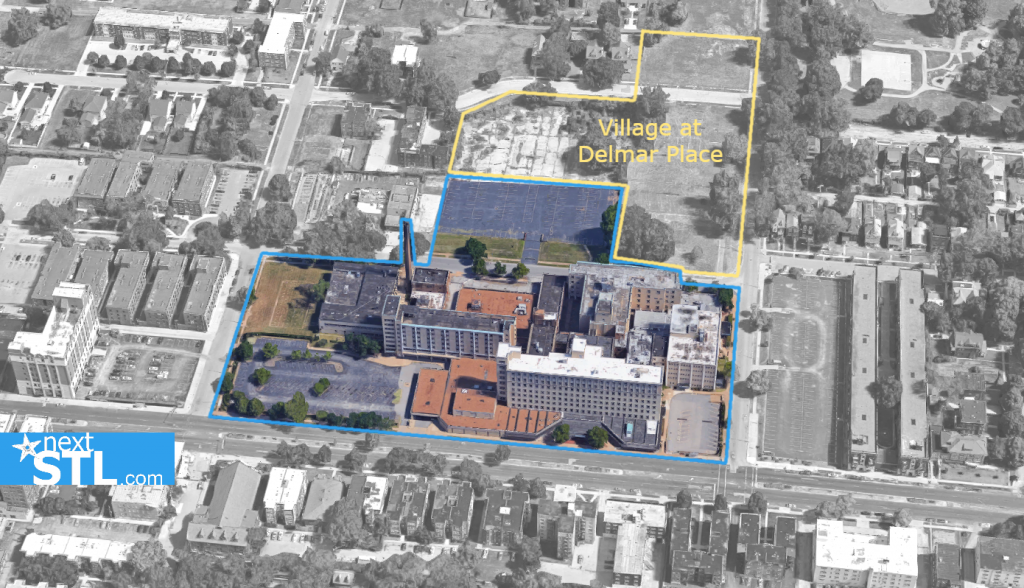 Bob Clark and Clayco are near completion of the fast-tracked The Everly, a 14-story mixed use building to the west on Delmar Boulevard. The company’s largest project is the multi-phased expansion of the Centene corporate campus in downtown Clayton.

Ananta’s website shows projects in the UAE, Greece, Uruguay, India, and two in St. Louis: “a 400 room hotel situated on 19 acres of land one mile from St Louis Airport” and T3T Esco, a company focused on retrofitting warehouses with LED lighting for energy savings. According to the Ananta website, Sabharway “spent 20 years with Citibank in various US and International assignments in Greece, UK, USA, Colombia and Japan.”

Village at Delmar Place by Rise: 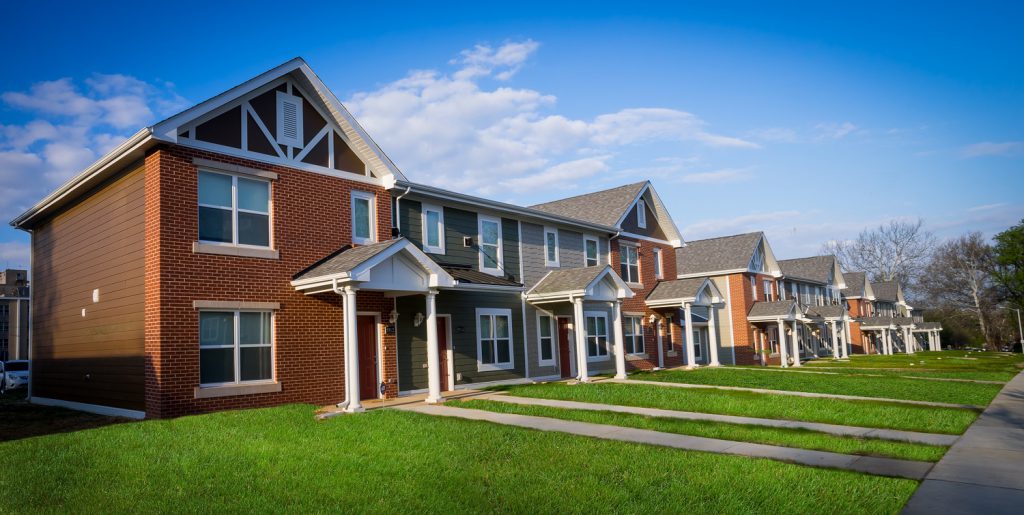 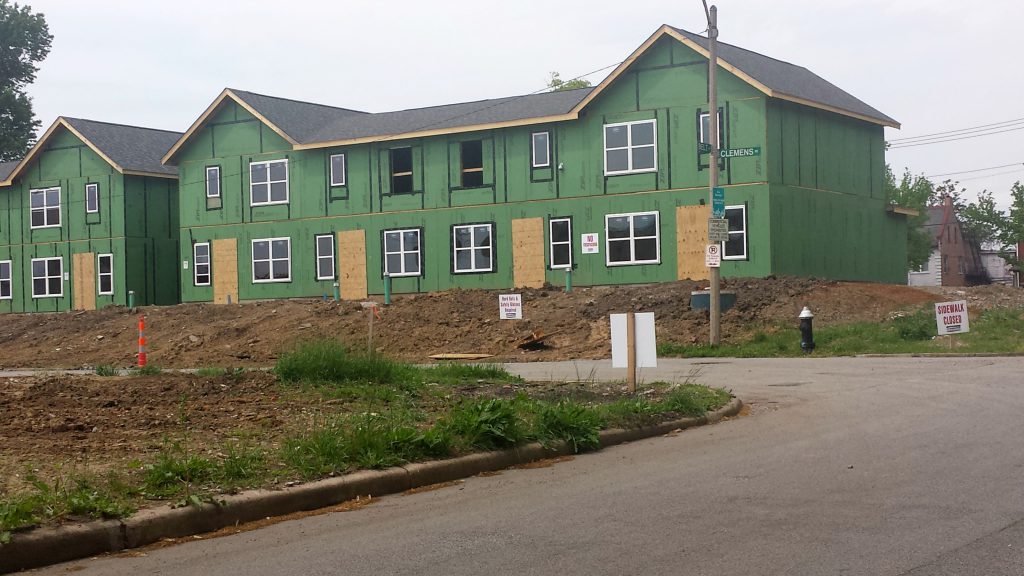