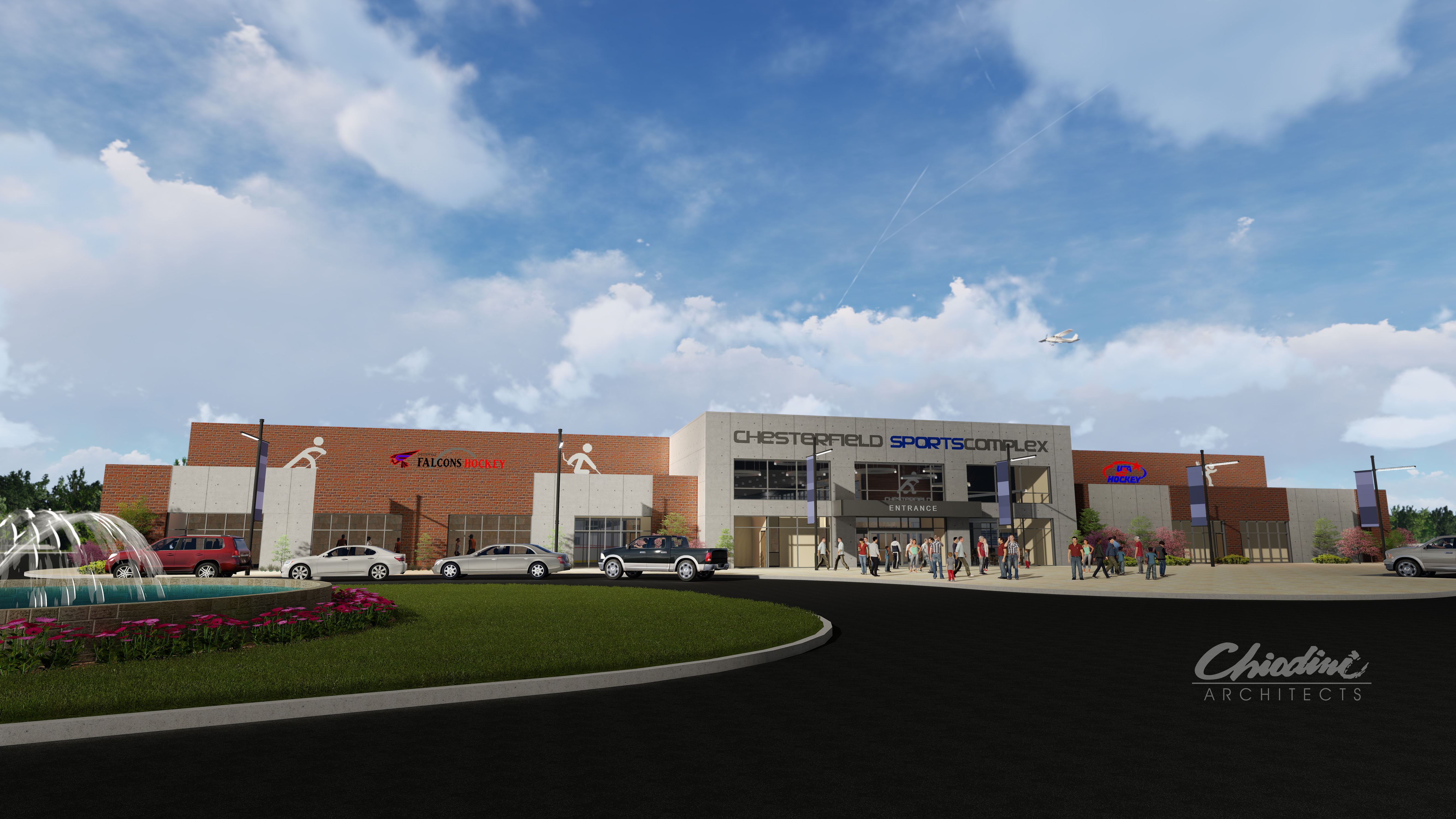 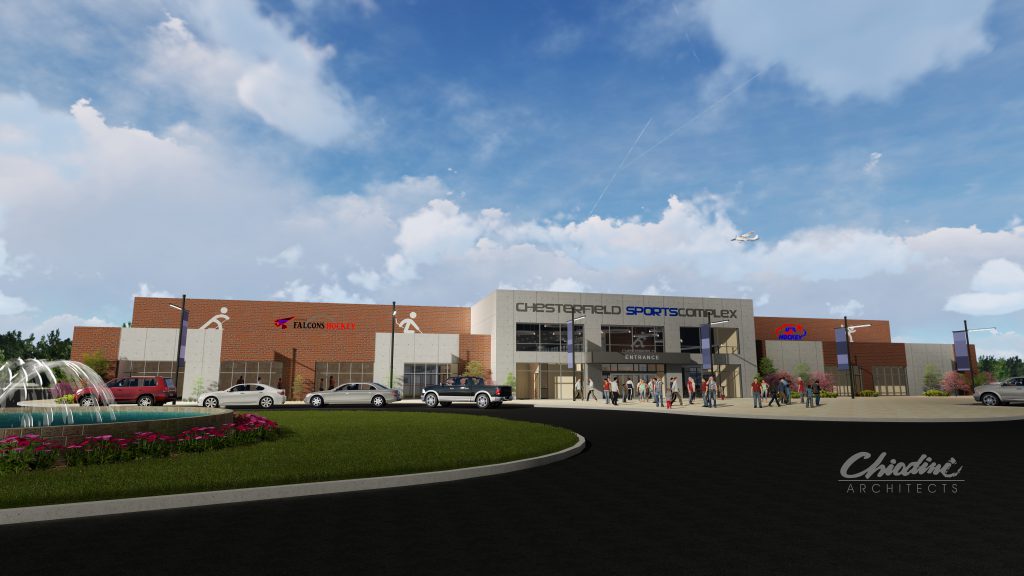 The Chesterfield Hockey Association (CHA) has announced its intention to build a 78,000 sf multi-sport facility on 12 acres in the Chesterfield Valley (full press release below). The idea was first floated in early 2016 immediately after the announcement that the Hardee’s Iceplex would close to make way for a Topgolf entertainment complex.

It is unclear how this project may impact recently unveiled plans to be a four-ice rink complex in Maryland Heights, which would double as the St. Louis Blues’ training facility. That project is being promoted by a group called the St. Louis Ice Legacy Foundation.

“The loss of the Hardees IcePlex will have a significant impact on the growth of our sport. The current facility supports not only local use, but also USA Hockey Regional and Notional events. Chesterfield and the region will greatly benefit from having a facility in Chesterfield Volley.” -Larry Boyd, President, Missouri Hockey Inc.

“I am proud to be an original member of the Chesterfield Hockey Association and tam in full support of the need to continue having kids play hockey in our city.” -Bernie Federko, St. Louis Blues Alumni

CHA has partnered with The Staenberg Group (TSG), and Mia Rose Holdings (MRH), to lead this effort.

About CHA
Chesterfield Hockey Association was established in 1995 to develop, promote and organize amateur hockey in Chesterfield, MO. CHA provides year-round developmental opportunities and a full spectrum of hockey programs for players ranging in age from 4 to 18 years old. CHA continually strives to be the best Tier II and Tier III hockey club in the area and prides itself on its ability to develop and advance deserving players to Tier I, junior and collegiate programs.

About The Steenberg Group
TSG is a full service commercial real estate development company that owns, manages and leases shopping centers throughout the heartland including Chesterfield Commons in Chesterfield, MO.

About Mia Rose Holdings
MRH is a Chesterfield, MO based real estate and land development company whose focus is to align the various resources necessary to fully develop real estate opportunities to support the needs of the local communities. 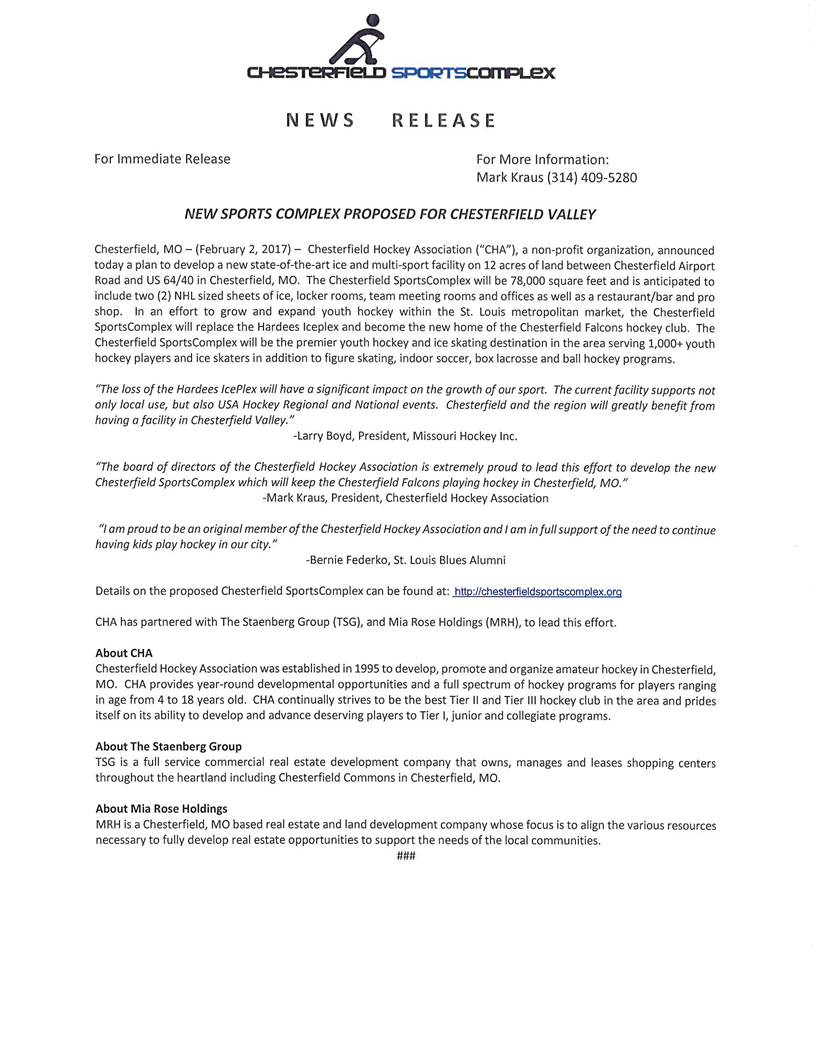