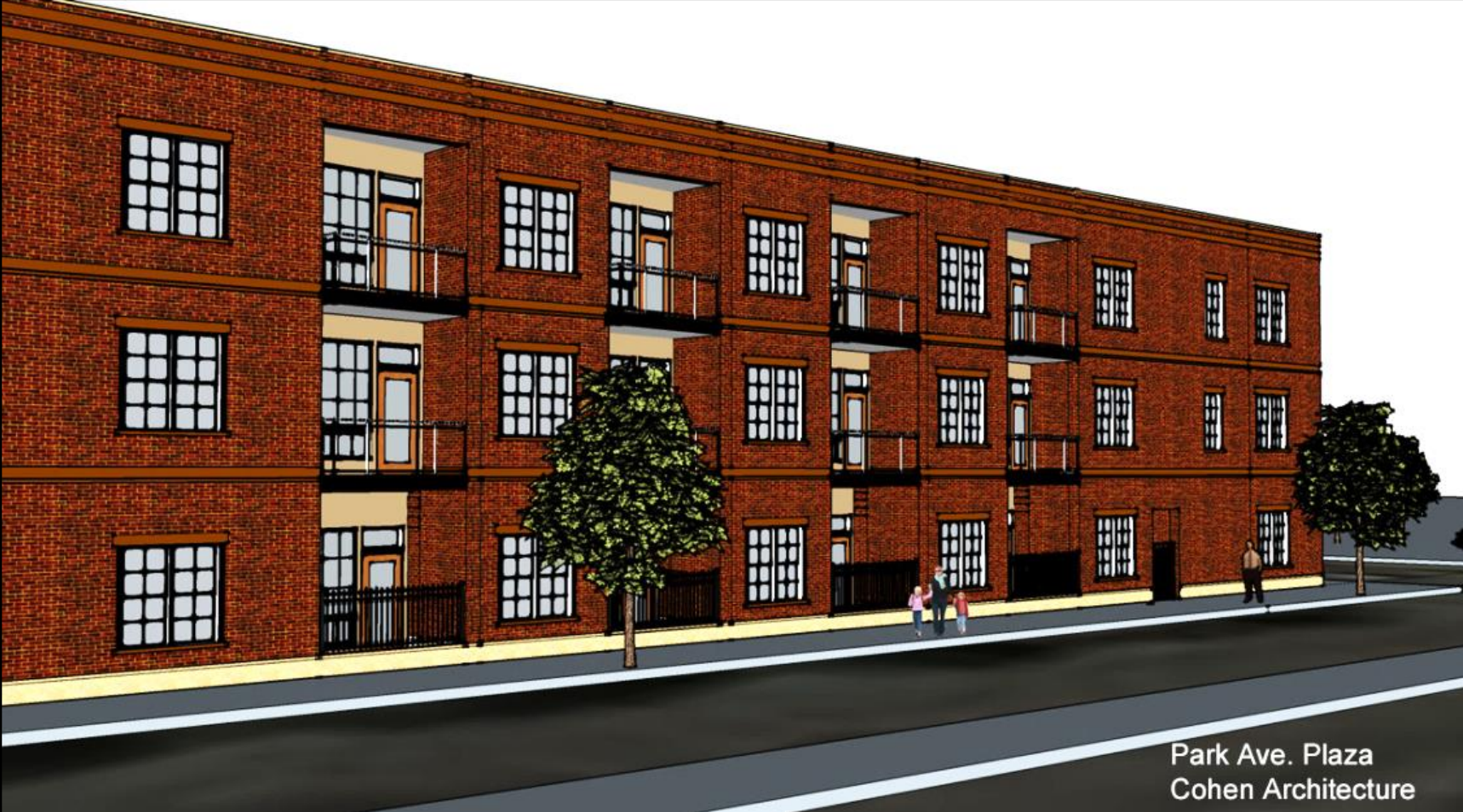 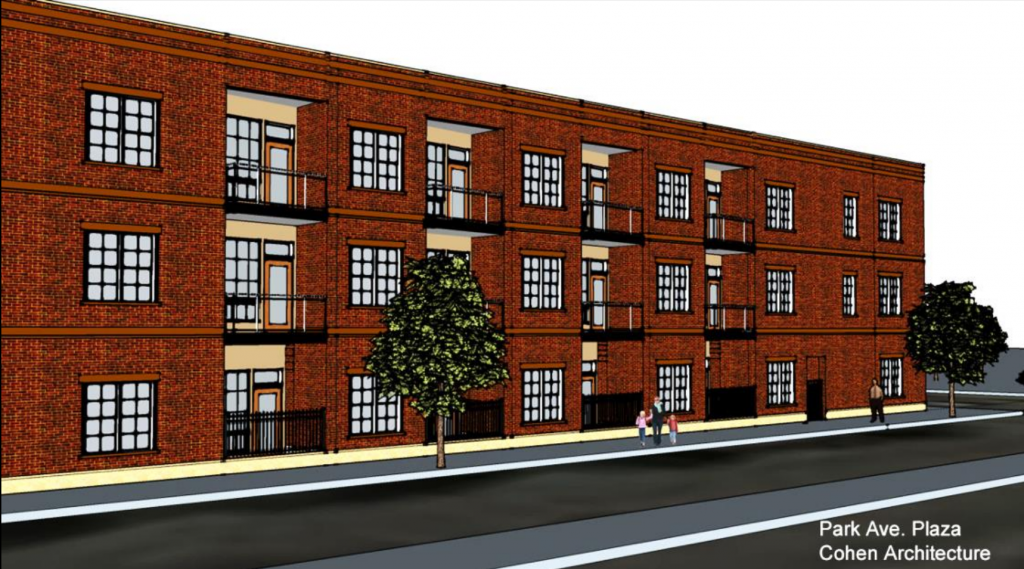 A proposal for three-story apartment building at 1708-26 Park Avenue in the Lafayette Square local historic district will be recommended for approval by the city’s Cultural Resources Office. The project is being developed by Gilded Age and designed by Cohen Architecture.

Proposed to be built on the site of a surface parking lot, the building would span the half block of Park Avenue from 18th Street east. Parking would remain on the east end of the site. Specifics regarding the number of units, project cost and more were not included in the St. Louis Preservation Review Board agenda.

Gilded Age redeveloped the nearby historic City Hospital and several properties in Lafayette Square, including fourteen townhomes known as Mississippi Place, The Abbey on the Park, and the Union Club. Cohen Architecture has designed the renovation of the Schlafly Tap Room, Vin de Set, and Sqwires, among others. The firm also designed the contemporary warehouse style commercial infill at 1634 Park Avenue in Lafayette Square (image at bottom). 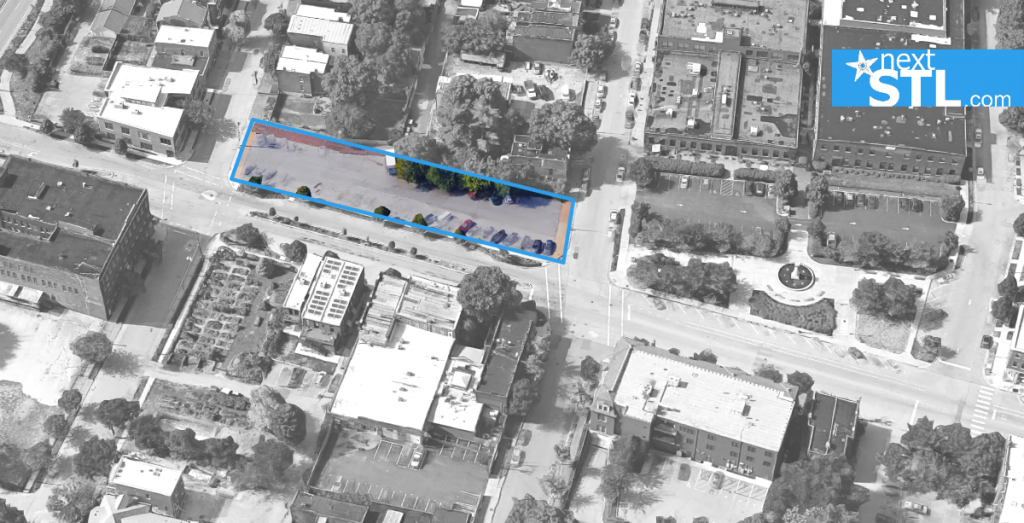 Preliminary Findings and Conclusion:
The Cultural Resources Office consideration of the criteria for new residential construction in the
Lafayette Square Historic District Standards led to these preliminary findings: 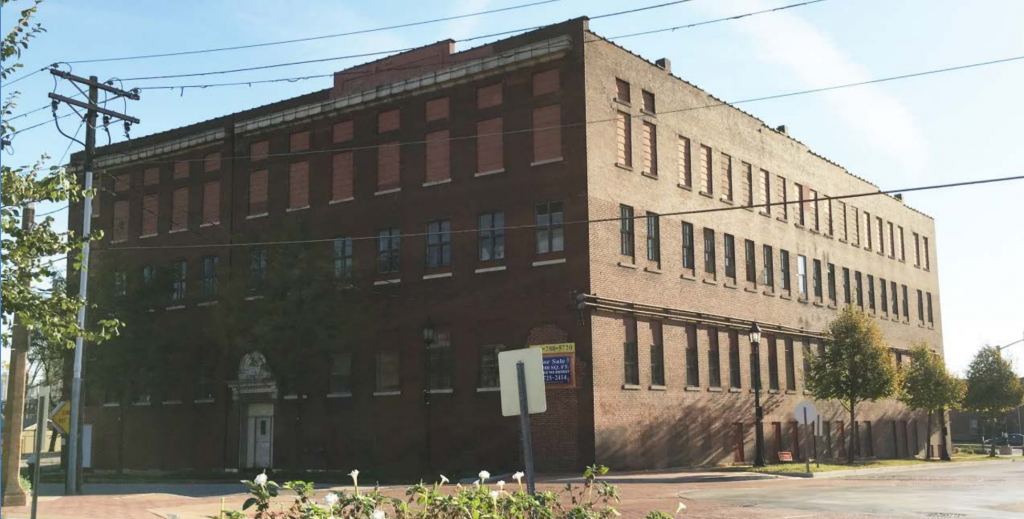 Historic Model Example:
The developer has chosen to base the new building’s design on historic factory buildings. The
Cultural Resources Office staff concurs that this is appropriate, as there are a number of
industrial buildings in the immediate vicinity of the site. In the design, the architects have
considered as an HME both the industrial building that once occupied this site and the Bouras
Mop Factory building across Park to the north. A formal HME has not been submitted and the
design does not follow any identified historic building.

Parking:
The rear parking area will be entered from Dolman Street but no new curb cut will be required as there is an existing curb cut in the same location. Parking will be screened by a high wrought-iron fence with brick piers.

Massing and Scale:
The massing of the new building will be similar, but not identical, to the Bouras Mop
Factory building at the northeast corner of Park and Dolman. The foundation will be raised on a cast stone sill, which is typical of historic industrial buildings and is present on the HME. Buildings along Park Avenue are two and three stories, or two stories with a mansard roof.

Design:
Fenestration on the proposed building does not follow the HME exactly, but instead presents a generic interpretation of 19th century factory buildings. The front elevation has recessed balconies which are not present on the Bouras Mop Factory. The street elevations will be brick; the south elevation, which faces an adjacent residential property, will be clad with a different material that is yet to be determined. The brick will return a substantial distance at the southwest corner to screen the view from S. 18th Street. This secondary material will have only minimal visibility from the street. 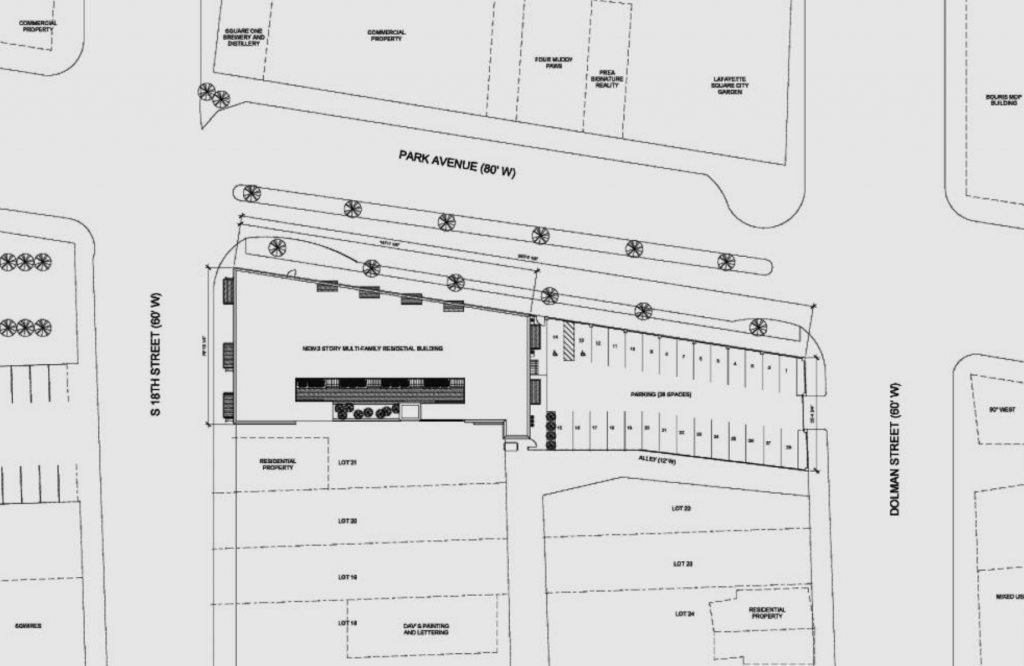 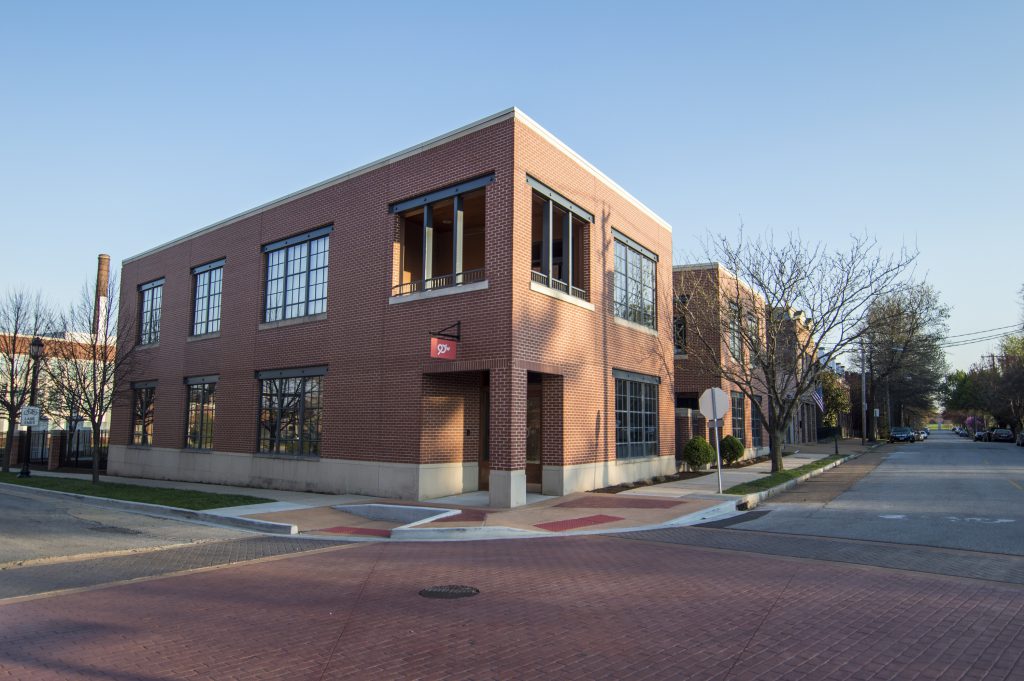 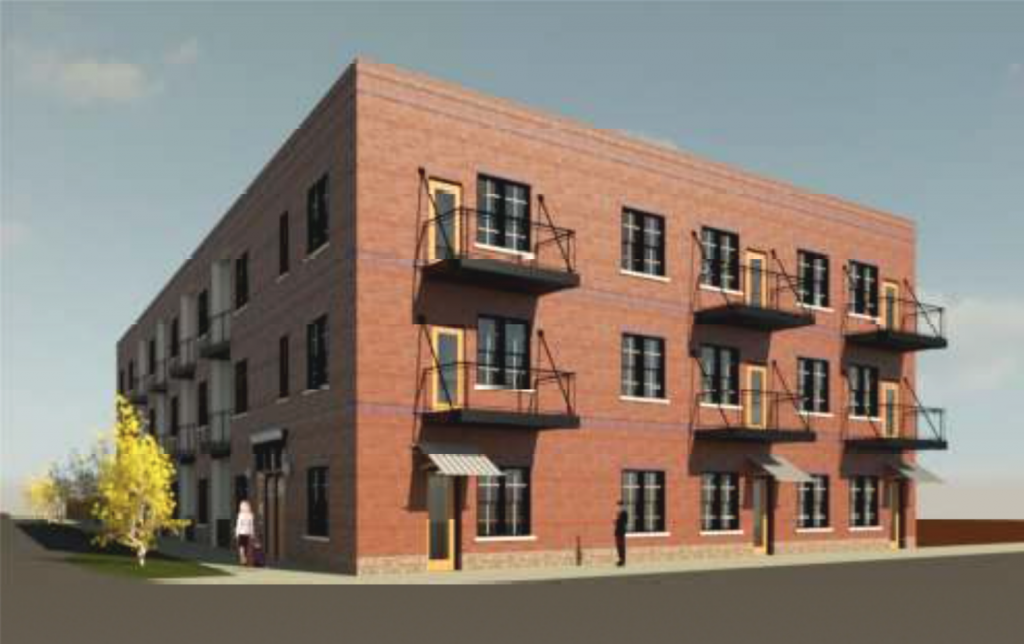