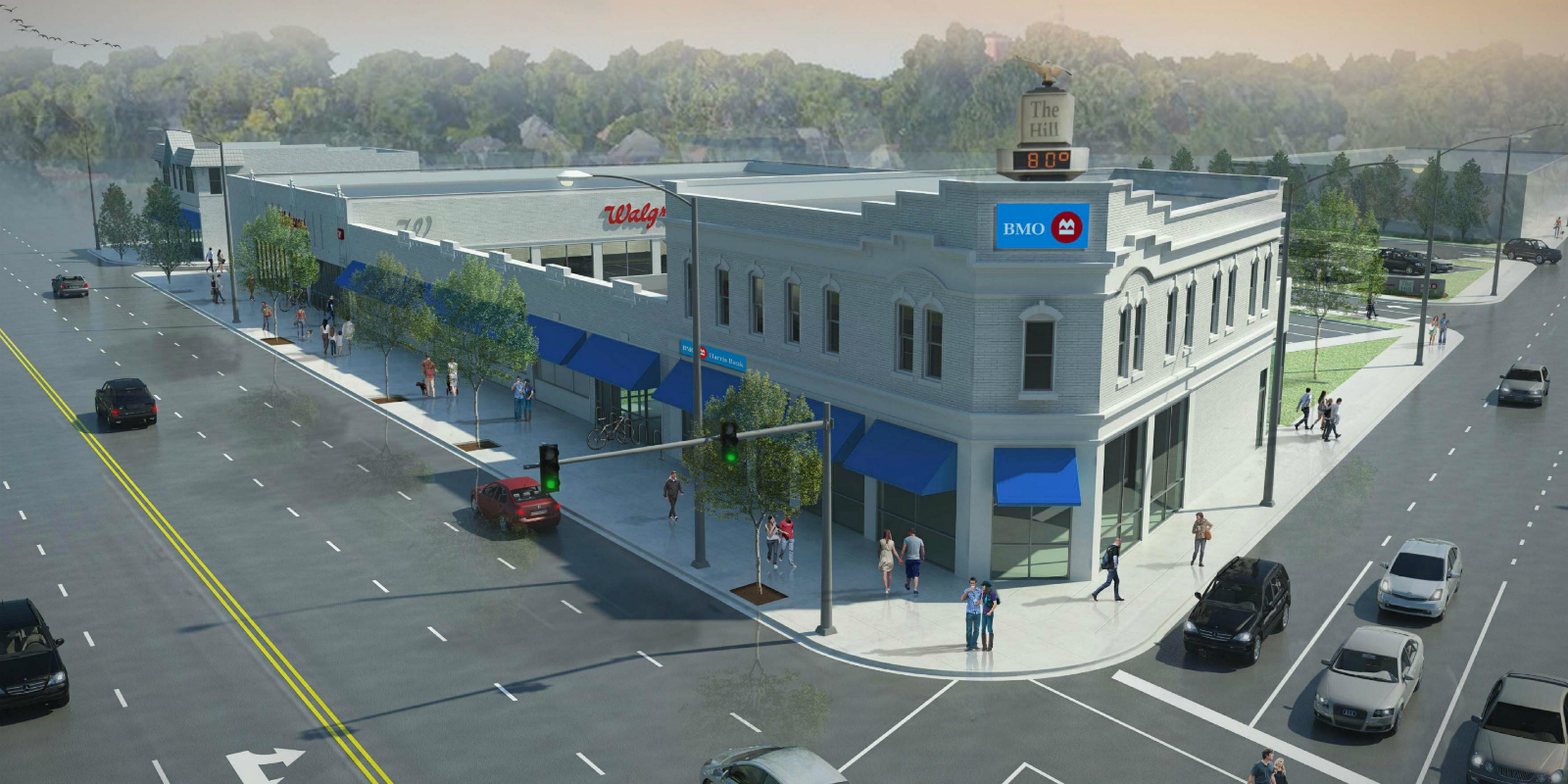 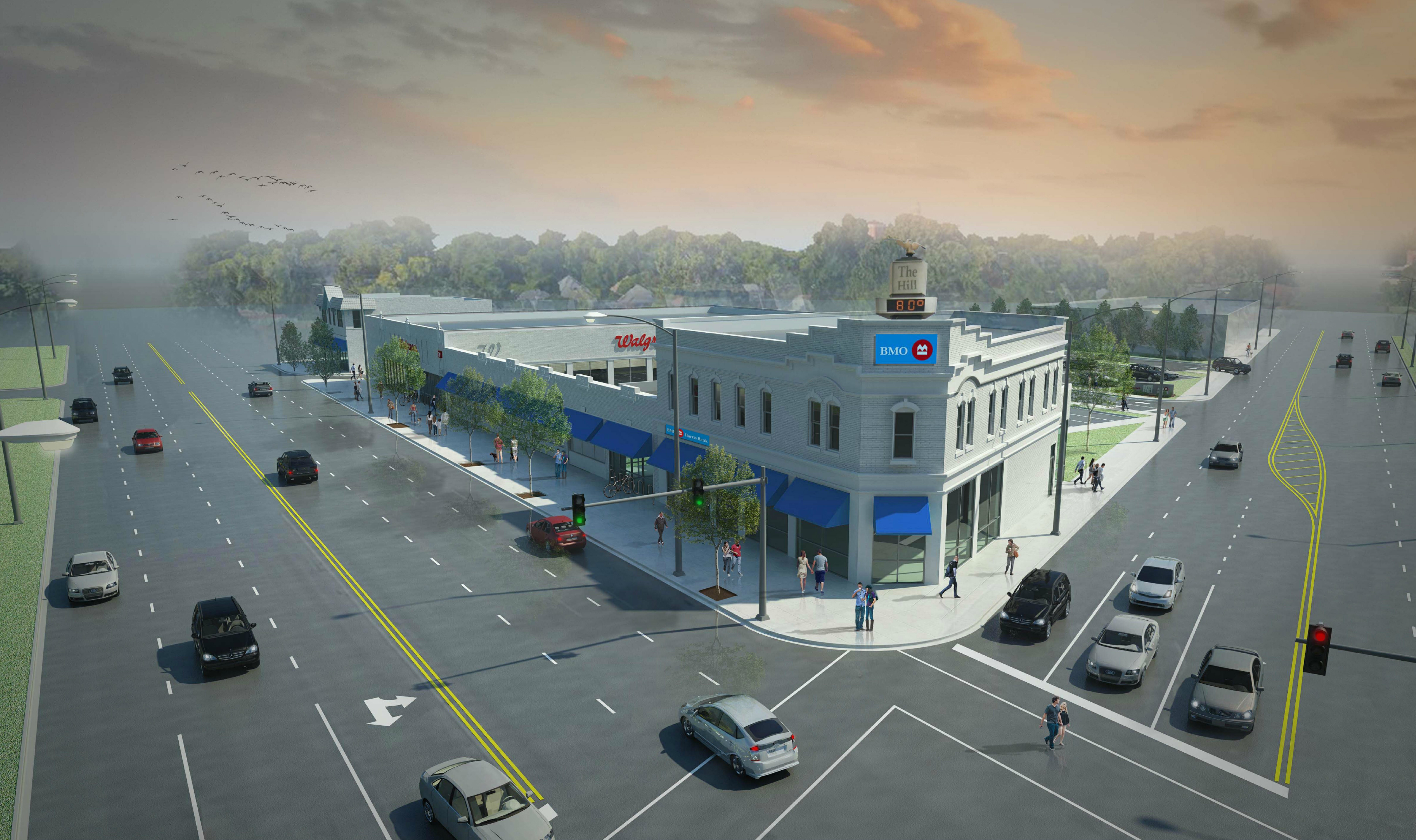 BMO Harris Bank continues to make changes to its plans to invest in the Southwest Bank site at Southwest and Kingshighway at the high-profile entrance to The Hill neighborhood. It was in July that plans were first unveiled for the site. Since then, several significant revisions have been made as the result of community input.

The latest revision maintains the existing facade from the corner bank building to the one-story non-contributing building at the south end. The two-story facade would be retained for the Walgreen’s store, and a small addition built to the south. A right-in, right-out curb cut would replace the one-story section further south. The retail/restaurant building in the parking lot has been moved north to front Southwest Avenue. 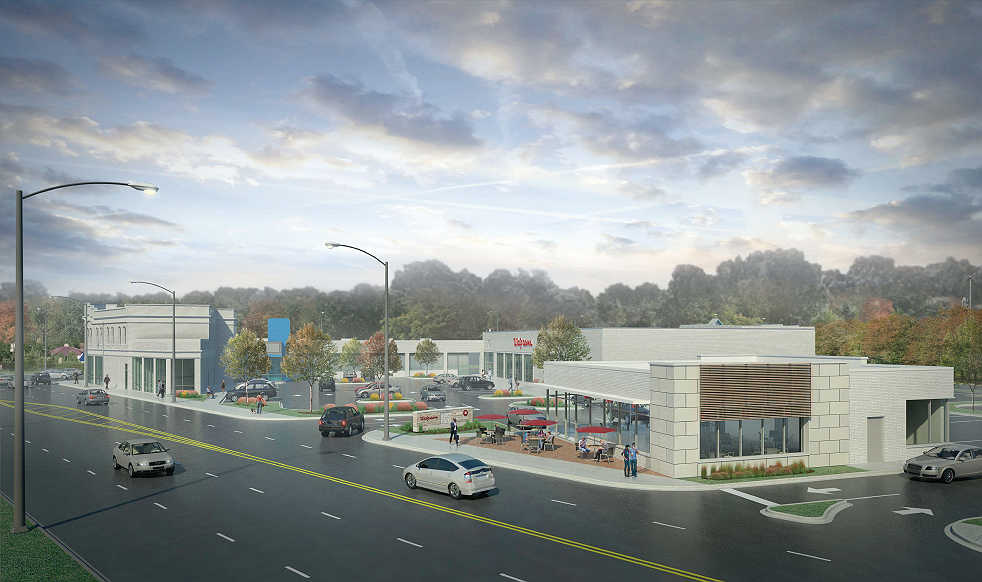 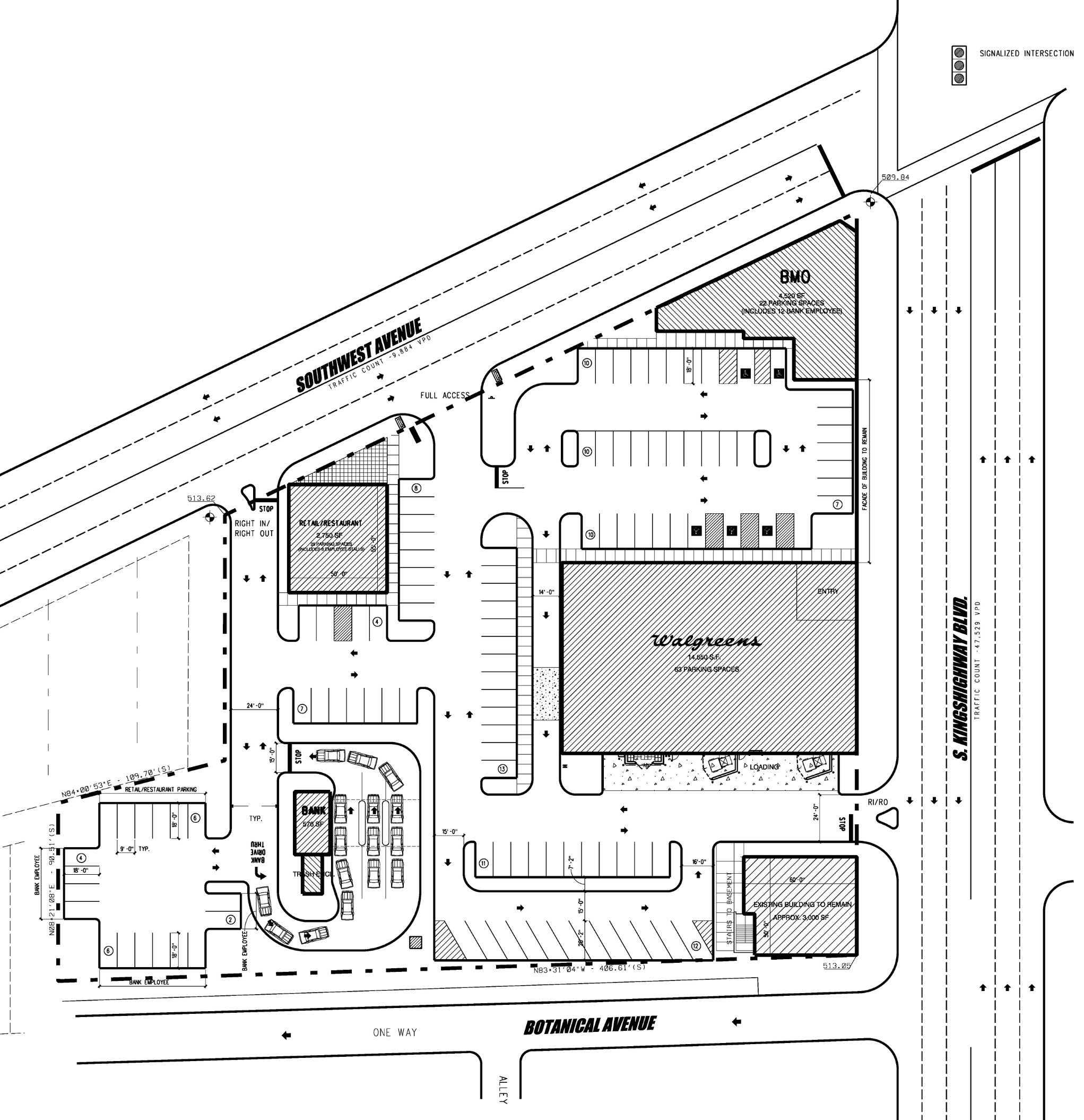 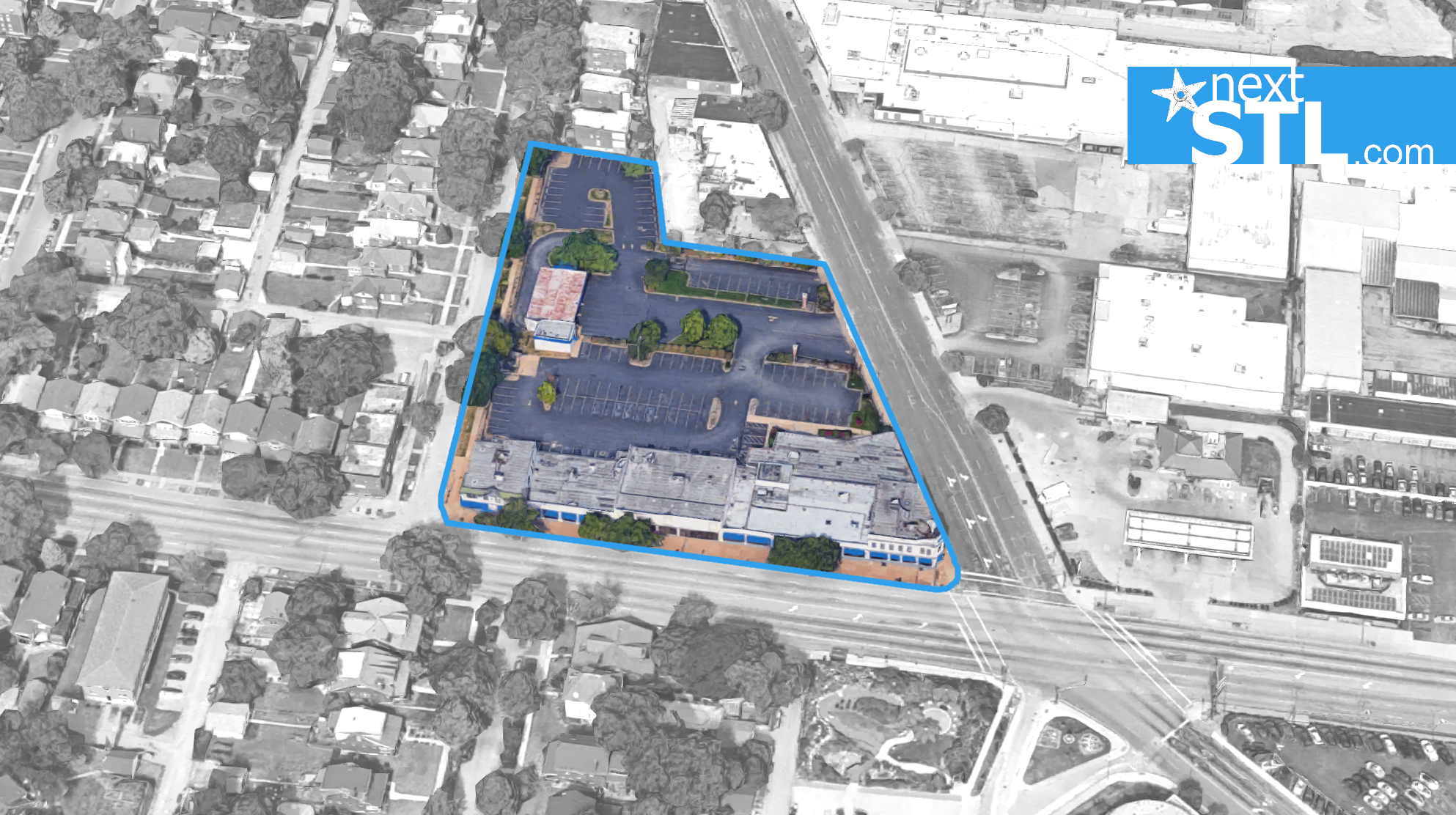 It may be too early to know if the changes will be enough to win approval, but the progress is clear. Every developer and property owner pays lip service to listening to the community. In this case, the process, neighborhood resistance to demolition, Cultural Resources Office and Preservation Board protection of the historic built environment, and willingness of BMO Harris to make changes.

And the changes have been significant. The first plans made public proposed demolition of all but the two corner buildings on the site. This was an improvement from previous plans which did not retain the corner building at Botanical Avenue. That building is set to be donated to the Tower Grove Neighborhoods Community Development Corporation. Clearly the building has value, but it doesn’t fit with the current owner’s plans. Getting the building into the rights hands is a big win.

Early plans also showed a right-in, right-out curb cut near the bank building, and a full entrance-exit further south. The latest update shows a right-in, right-out south of the Walgreen’s.  The retained one-story facade would hide parking. It has yet to be determined if the brick will remain white, or be stripped to natural brick. Likewise, the blue awnings may stay or go, depending on neighborhood preference.

The second version of plans released showed a right-in driveway near the bank, and a right-out driveway south of the Walgreen’s. A minimal replica of the existing facade would connect the buildings while allowing for the driveways to be introduced. 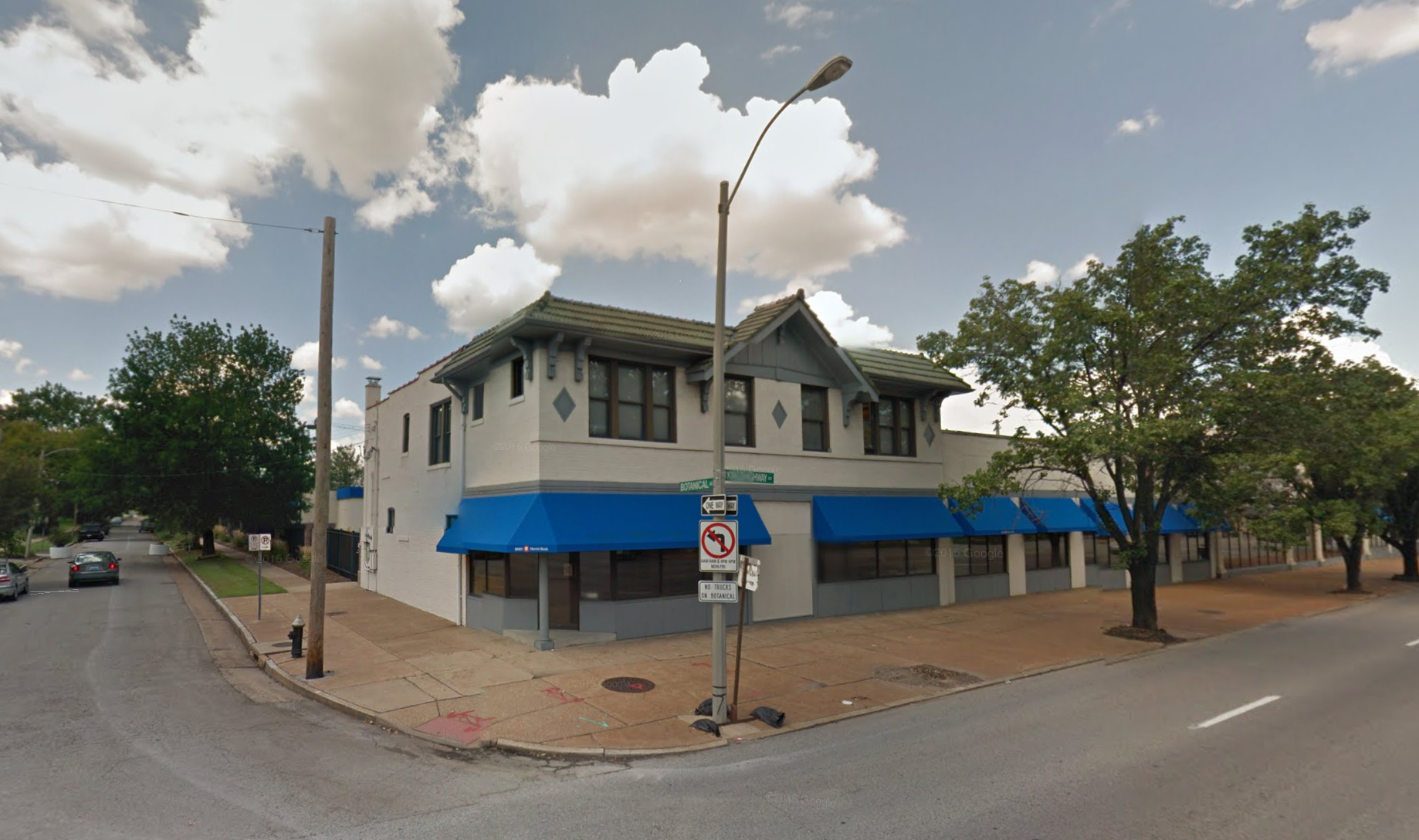 Preservation Planned for SW Bank Corner Buildings, Demo for Walgreens In Between – July 18, 2006 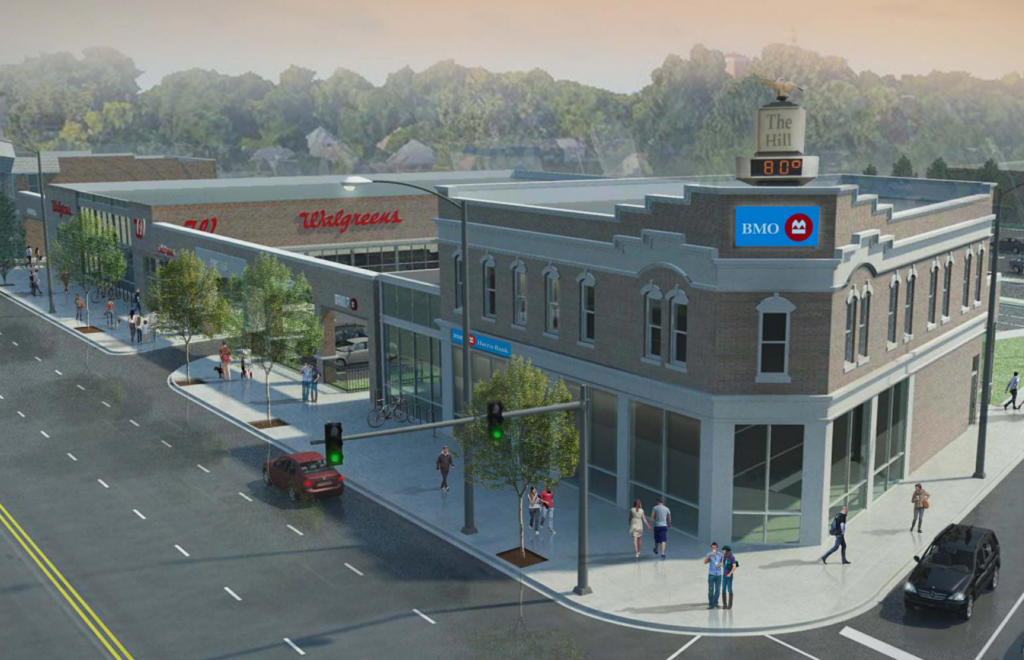 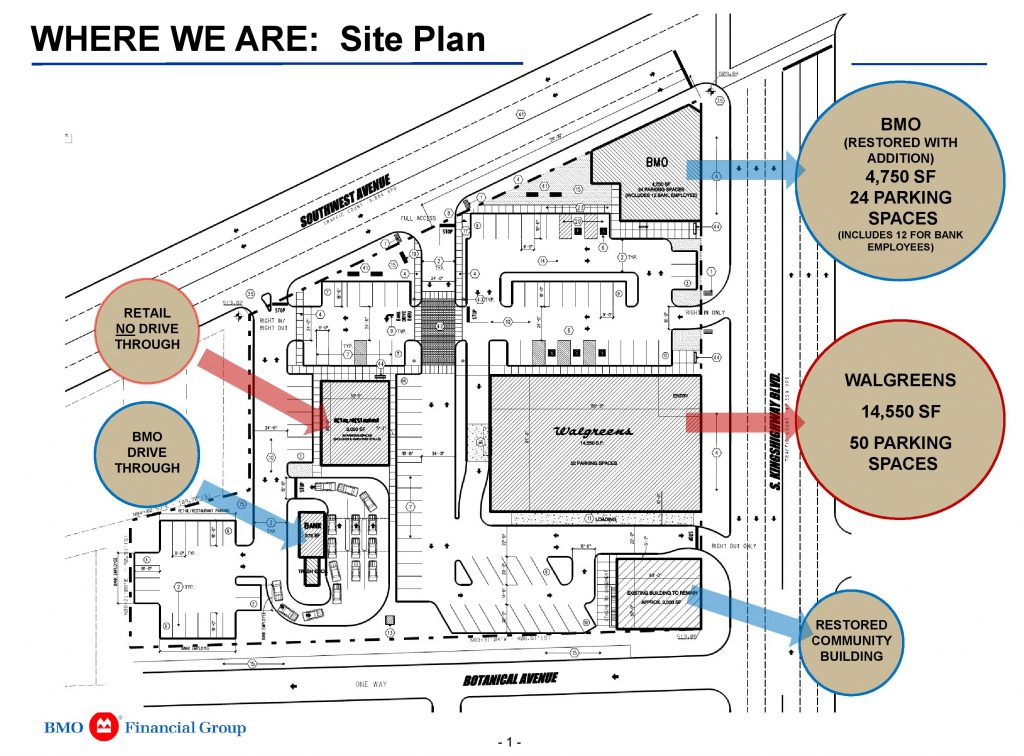 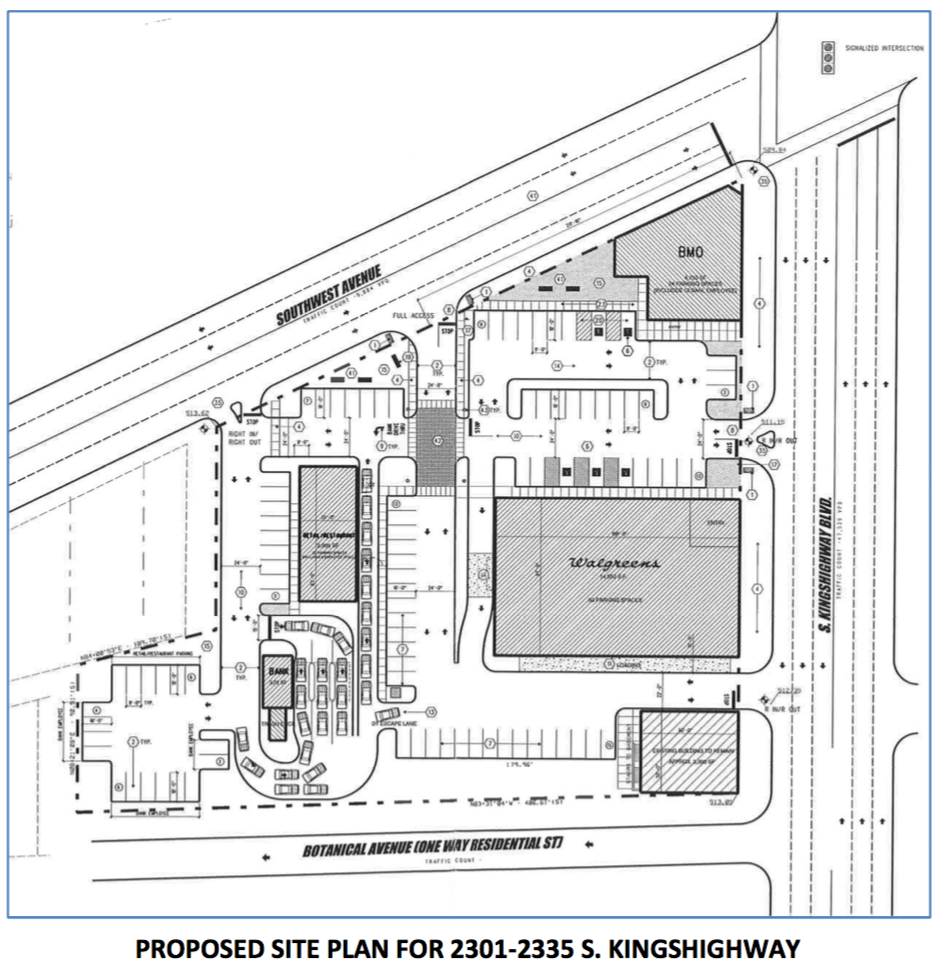