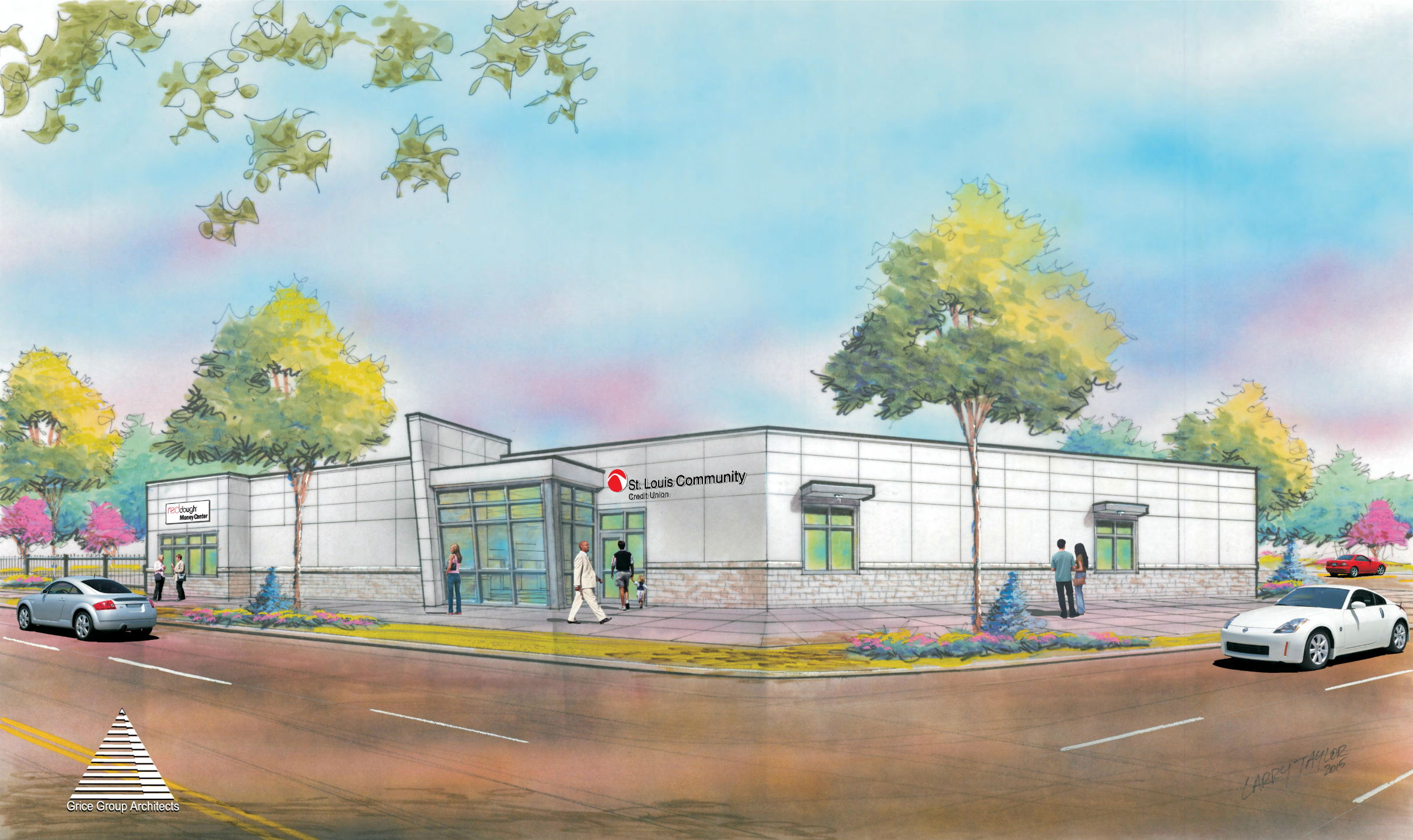 St. Louis Community Credit Union has broken ground on a new branch in the city’s Benton Park West neighborhood at the corner of Gravois and Oregon Avenues (2830 Gravois). Demolition of two buildings was recently completed and a $1.48M building permit has been issued.

St. Louis Public Radio has a feature article on SLCCU’s expansion into high poverty neighborhoods. Last year the bank opened a new branch on Natural Bridge Avenue on the city’s north side, where a Gateway Bank has closed in 2012. According to the story, Gateway Bank was St. Louis’ first black-owned bank when it opened in 1965. The Natural Bridge location is SLCCU’s thirteenth branch located in a high poverty area, with the Benton Park West location being its fourteenth. $1.3M in New Market Tax Credits were awarded toward to construction of the branch.

SLCCU CEO Patrick Adams told Public Radio, “We look for severely distressed communities, communities that are historically served by the fringe banking element, not mainstream banking. We’re trying to combat payday lending, check cashing, those covert, shadow banking entities that may exist. We want to put mainstream banking in the hands of people who are otherwise underserved.”

A 2012 report by the FDIC revealed that 10% of households in the St. Louis region didn’t use banks. The number was 14% in the city, and 5.5% in St. Louis County (~22,000 households). “Unbanked” is considered to be a household with no checking or savings account at an FDIC insured institution. A larger number are “underbanked”, or have a bank account, but also use payday loan, money orders, and other services. SLCCU aims to fill the geographic gaps in banking services in the city, alleviating “financial services deserts”. 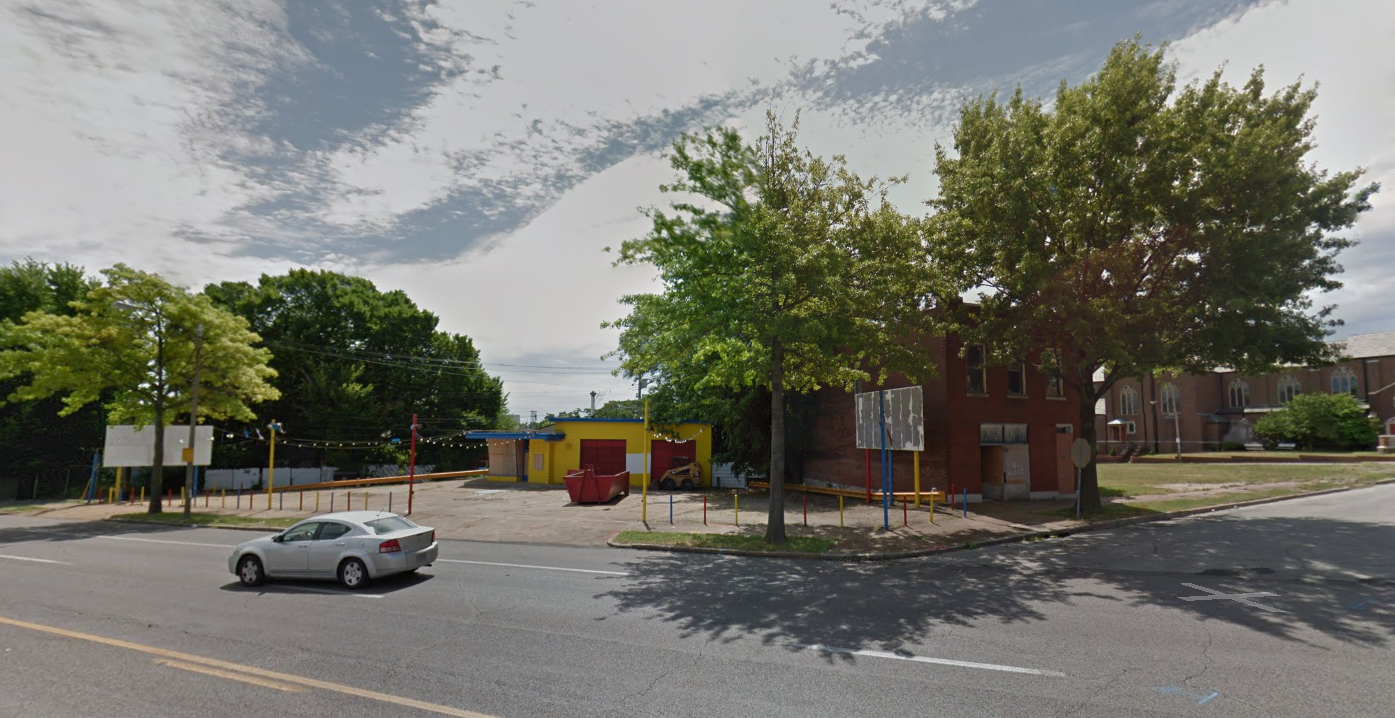 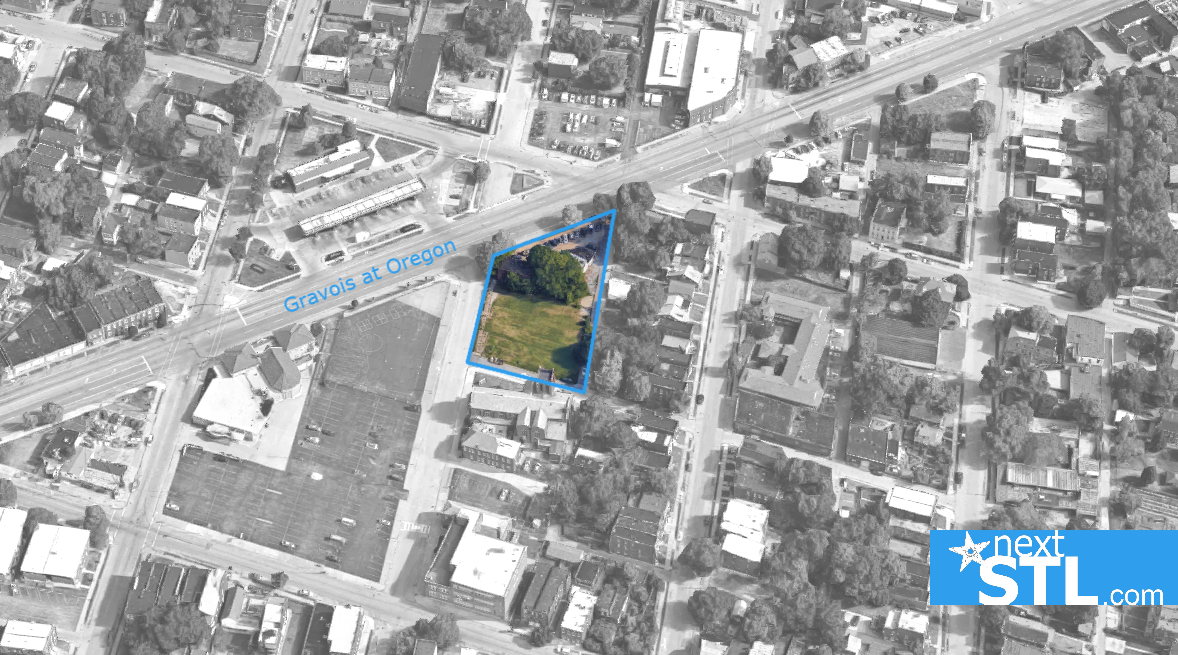 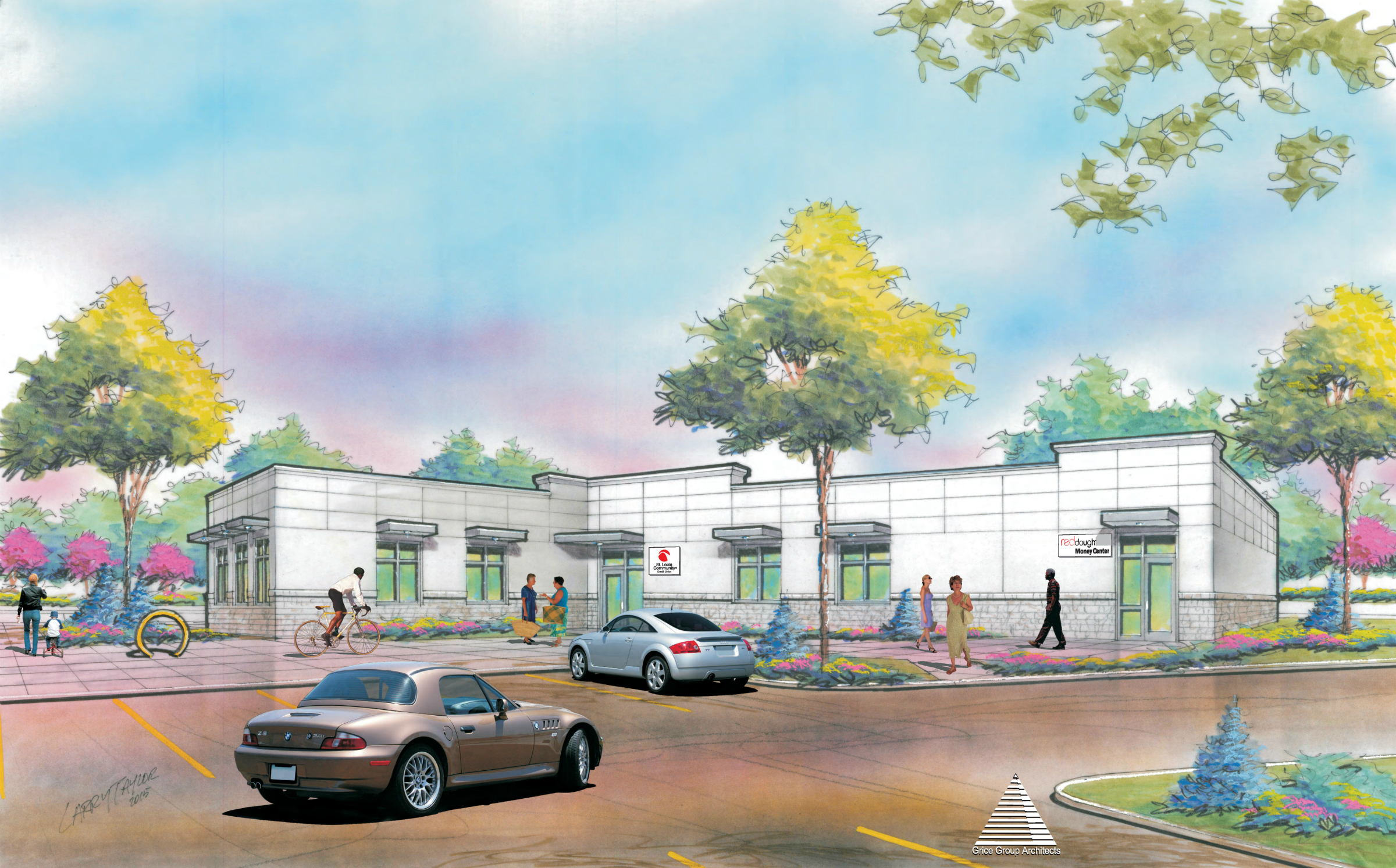