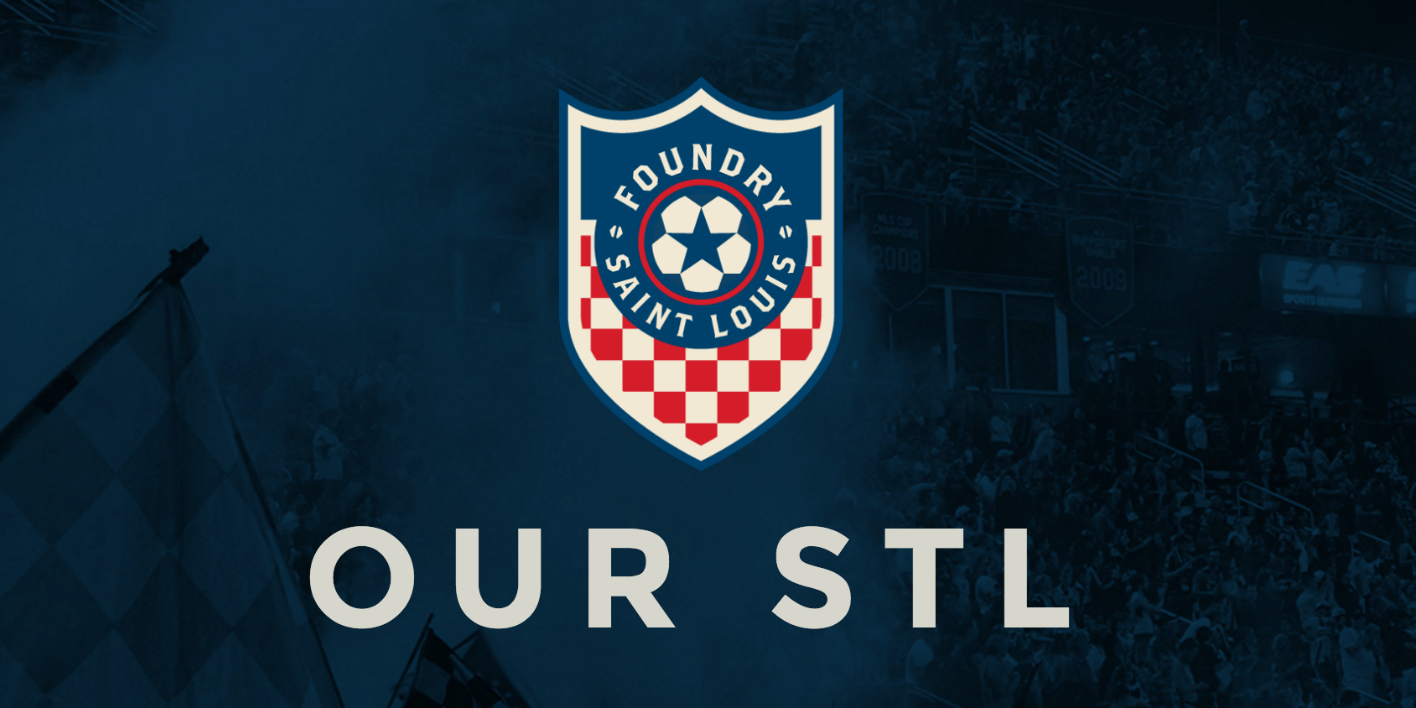 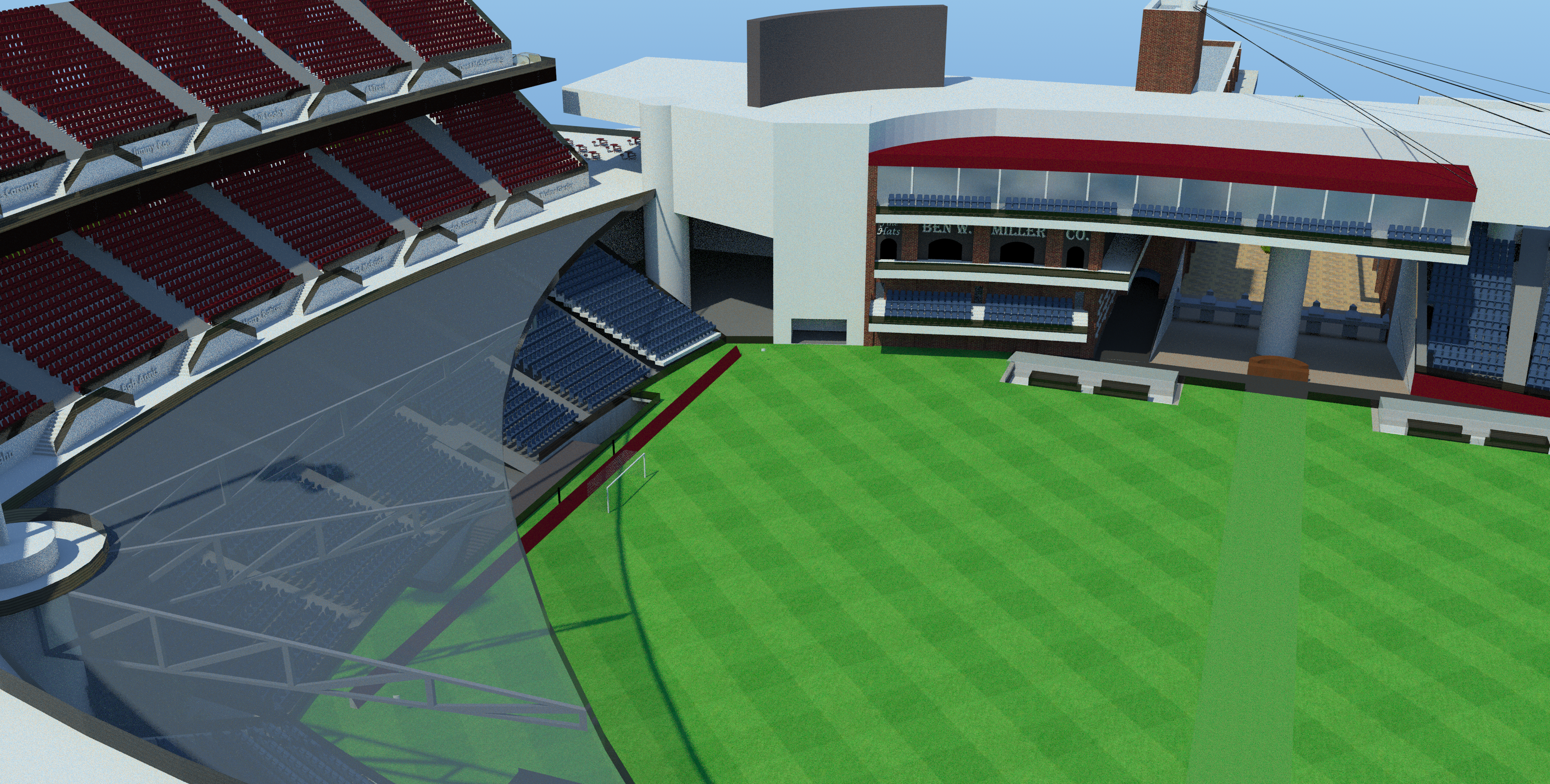 Will St. Louis become a Major League Soccer city? As the Rams fled, a new group, with surprise – largely the usual suspects – was formed to get the job done. Their self-assigned task? Identify ownership groups and stadium sites, as well as assess funding options and overall viability of an expansion St. Louis MLS franchise. 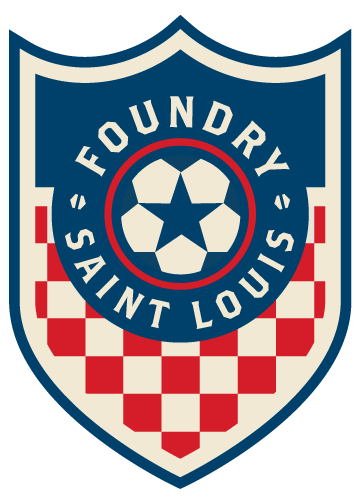 Now a prospective ownership group is asking the MLS to conduct a “competitive, sealed-bid process” to evaluate expansion team efforts in the city. In a letter acquired by nextSTL (full text below) and addressed to Mark Abbott, President & Deputy Commissioner of Major League Soccer, the group Foundry Saint Louis makes its case for full consideration of local efforts.

Since the MLStoSTL effort was announced in February, little has been learned. In mid-July we were told a “legitimate ownership group is emerging” and that the city and league had decided on a downtown stadium, with an exact location yet to be determined.

The latest leak of information came last week when we were told that an undisclosed ownership group had narrowed its focus to the 22nd interchange site immediately west of Union Station for a stadium…or that it might consider the north riverfront site, or maybe a site near Saint Louis University. And another possible ownership group was looking near SLU as well.

While MLS2STL was not explicitly formed as an ownership group, it appears that it may be set to select a single ownership group. No one would be surprised if the group points to itself. So there’s been quiet progress, we’re told. That’s understandable. No one should expect direct democracy here.

And yet, it’s been possible to be underwhelmed by even low expectations. The official MLS2STL Twitter account has a total of five Tweets since it was started in February and is following just three others (MLS Works, U.S. Soccer, and Major League Soccer).

Still, regardless of promises and the final financial terms, this about St. Louis, the community, and its soccer fans. This spring MLS commissioner Don Garber stated St. Louis, along with Sacramento, were front runners for an expansion franchise. This is because St. Louis is a viable market, because it’s believe fans will support a team, especially with the Rams gone. 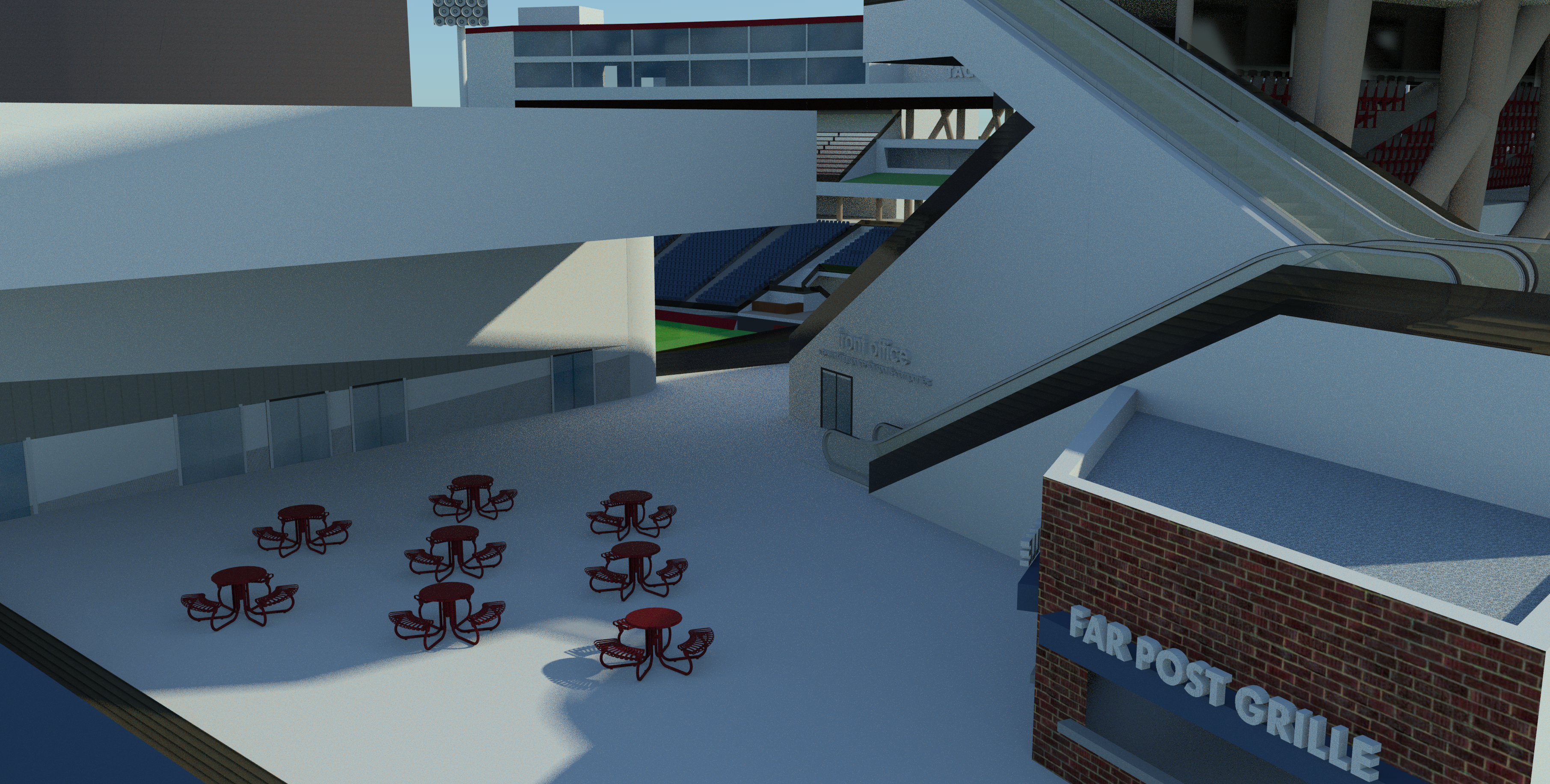 Too often in St. Louis we acquiesce to a last name, to a “civic” leader who seemingly disregards, or expresses contempt for the citizenry. Plans are made out of view of the public and then residents, or the Board of Aldermen may get a chance to rubber stamp the effort, or kill it, with nothing in between, no other options.

What if NorthSide, the Arch grounds, or the latest NFL stadium efforts had not been given over to one man? What if there were an effort at broader community engagement? Bringing a new major league sports franchise may seem an unlikely place to start, but it’s as good as any. And if it’s a community connection, a true love of a team that the city and league desire, perhaps a private search for the deepest pockets isn’t the best way to go about it.

This appears to be what Foundry Saint Louis is formally asking of Major League Soccer, that the behind the scenes, take it or leave it, usual suspects way of operating being opened up. That we at least consider that there may be a way forward for a region of 2.8 people that isn’t predetermined, that doesn’t rely so heavily on 0.000003% of the population. That idea is easy to support.

The danger is that Major League Soccer is modeling itself after the National Football League. Community matters less than a single deep pocket owner. Vision, creativity, real civic engagement are all impediments to be brushed aside by a single ready-baked, fully programmed individual vision.

The danger, especially in St. Louis is clear. A franchise rises and falls at the whim of an owner. What is bestowed on the city and its residents and taxpayers is whatever the owner decides. Kroenke and the Rams are clearly front and center, but DeWitt and Ballpark Village shouldn’t be too far out of mind either.

That residents, the fans, those who will ultimately pay for a soccer team, be brought along in the process, that an open-as-possible competitive process be sought and supported, is the promise made possible with this opportunity. But what if those possibilities are whittled down, pre-selected, presented as a fait d’accompli in the St. Louis fashion? The city may get a franchise, but miss out on something greater. 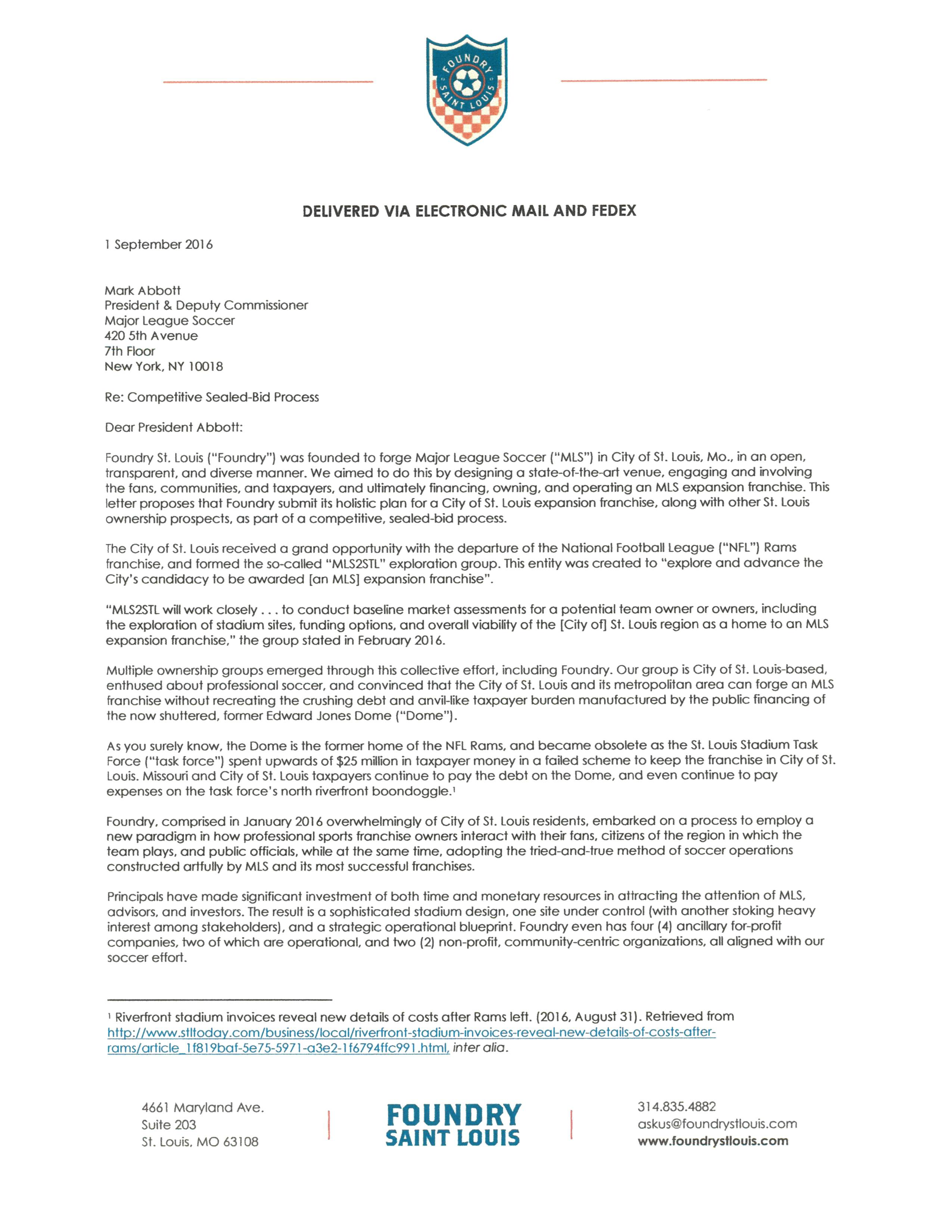 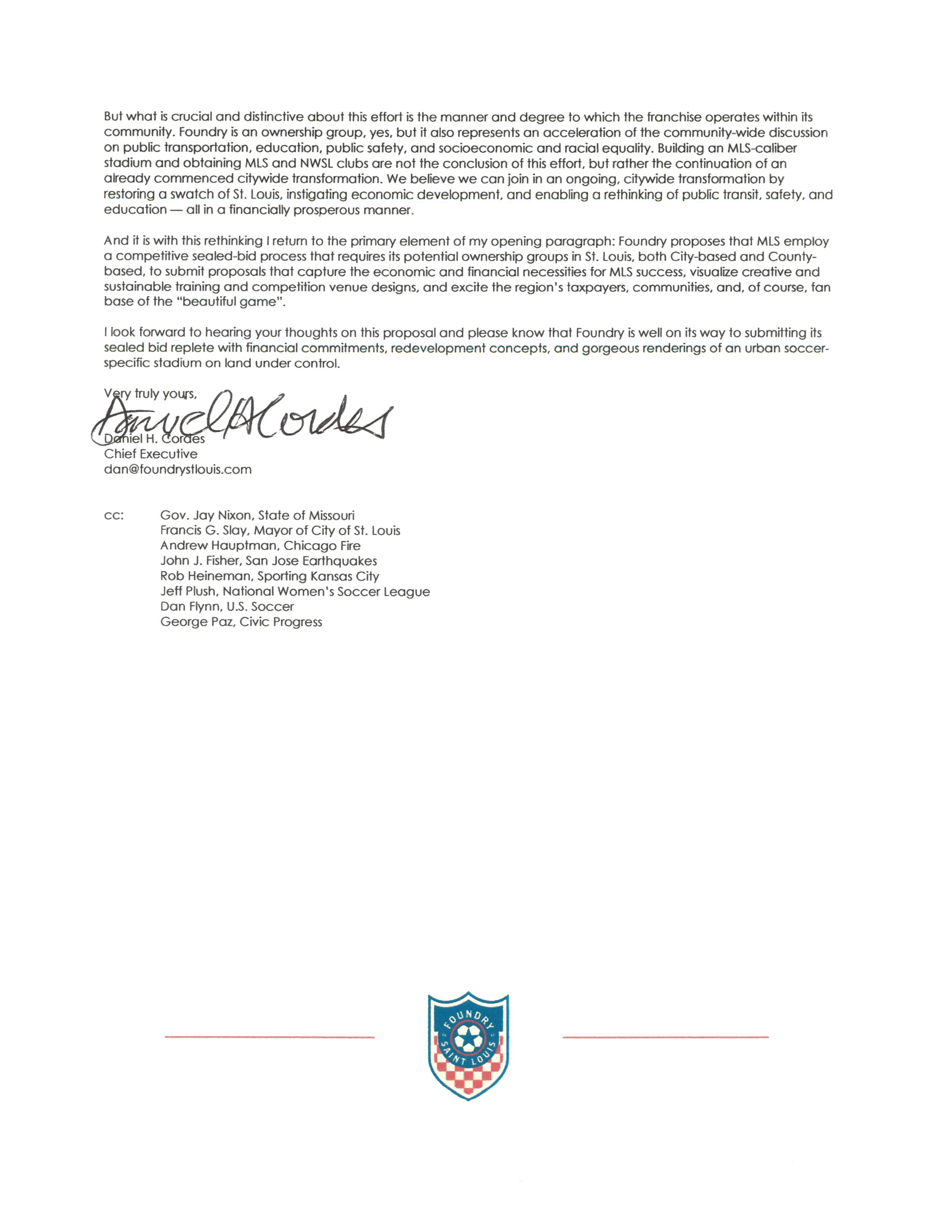