Design revisions and refinement continue on the Centene Clayton corporate campus project. While there remain significant hurdles to clear before any groundbreaking, the company is working through feedback presented by residents and the city. On September 7 the Clayton Plan Commission voted unanimously to recommend requested rezoning be sent to the city’s Board of Aldermen. Residents have voiced concern that the project does not adhere to the Clayton master plan, and that it does fit the character of Clayton.

New renderings detail the evolving effort to address some concerns expressed by city staff and residents. A “pedestrian corridor” through Subdistrict 4 could make the area more accessible to pedestrians utilizing MetroLink, or approaching the area from the east. Two versions for the possible design of the Forsyth-facing retail and parking garages attempt to portray a more varied, residential-like facade. The plaza-car drop off at Carondelet and Hanley is detailed, and another image of the corporate auditorium is presented. Images were included in an update posted on the city’s website.

Our full coverage of the Centene Clayton corporate campus project is below. 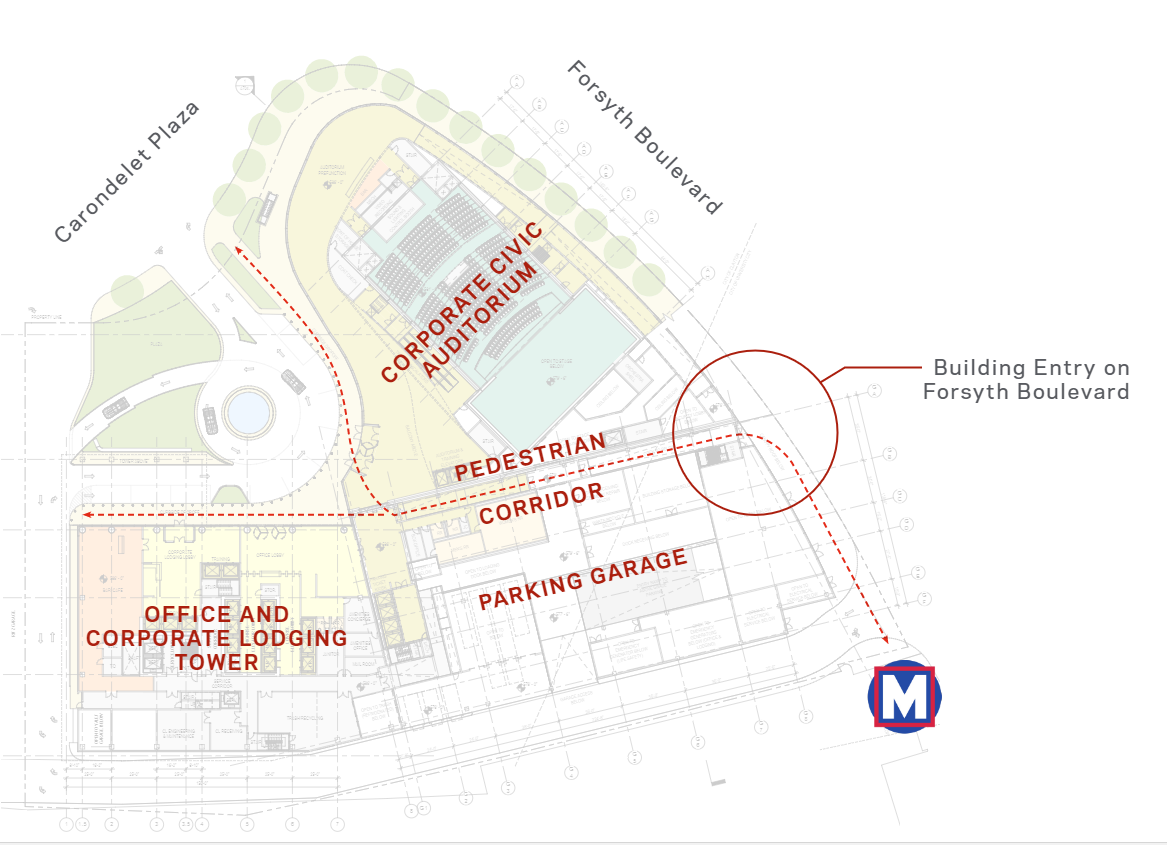 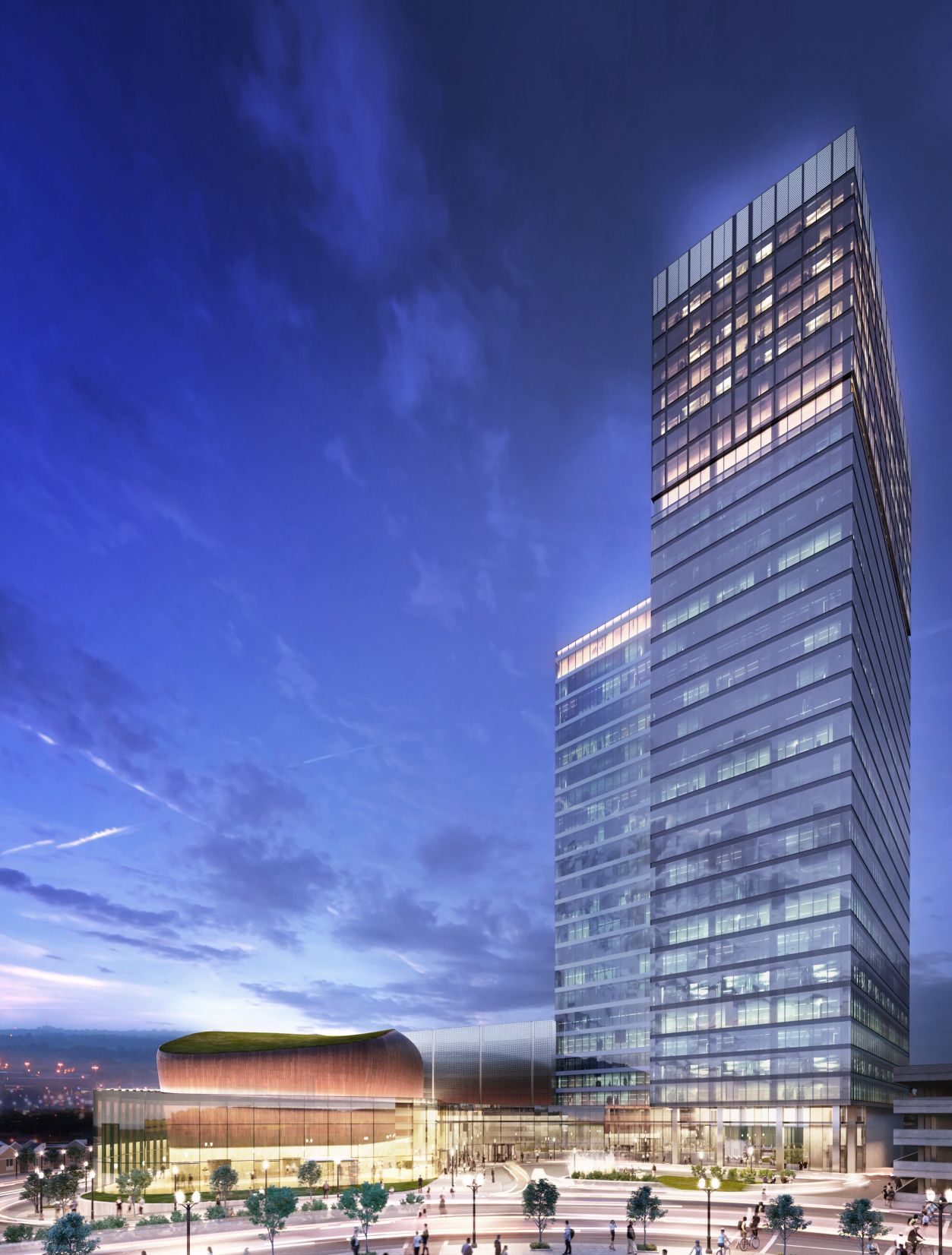 As planning for the massive Centene project in downtown Clayton continues, it’s beginning to appear that little will change from what was presented in early June. By far the most significant change revealed in documents filed with the City of Clayton is the inclusion of the Wellbridge Athletic Club. Its site along Forsyth Avenue had been the last parcel along that stretch not included in the redevelopment plan.

The Wellbridge property is now shown as part of “Subdistrict 1”, which previously had included only parcels fronting Hanley Road. nextSTL confirmed that Centene has signed an LOI (letter of intent) to acquire the property for an undisclosed price. The fitness club is now planned to occupy up to 40,000 sf in a new Centene building.

More than $50M has been spent on property acquisition for what would be 1.5M sf of office space, as much as 40K sf of retail, 120 luxury apartments, a corporate auditorium, and lodging. It is estimated the total development would exceed $750M. Up to $147M in state and local development incentives are being sought.

While concerns have been voiced about imposing towers, economic incentives, and traffic impacts, the project is becoming more detailed. New images reveal refinements in design across the four phases. The project is certain to have a significant impact on Clayton. What is less certain is if it can have an impact greater than its components, if design can create a better downtown Clayton beyond simply added square feet of offices and corporate amenities. We hope to take a deeper dive on the design in a future post.

The first phase would be a 28-story tower at Hanley Road and Forsyth Boulevard. A skybridge designed as an artistic element would cross Hanley and connect with the existing Centene building. The tower is set back from Forysth and Carondelet Plaza and would include 700 parking spaces. 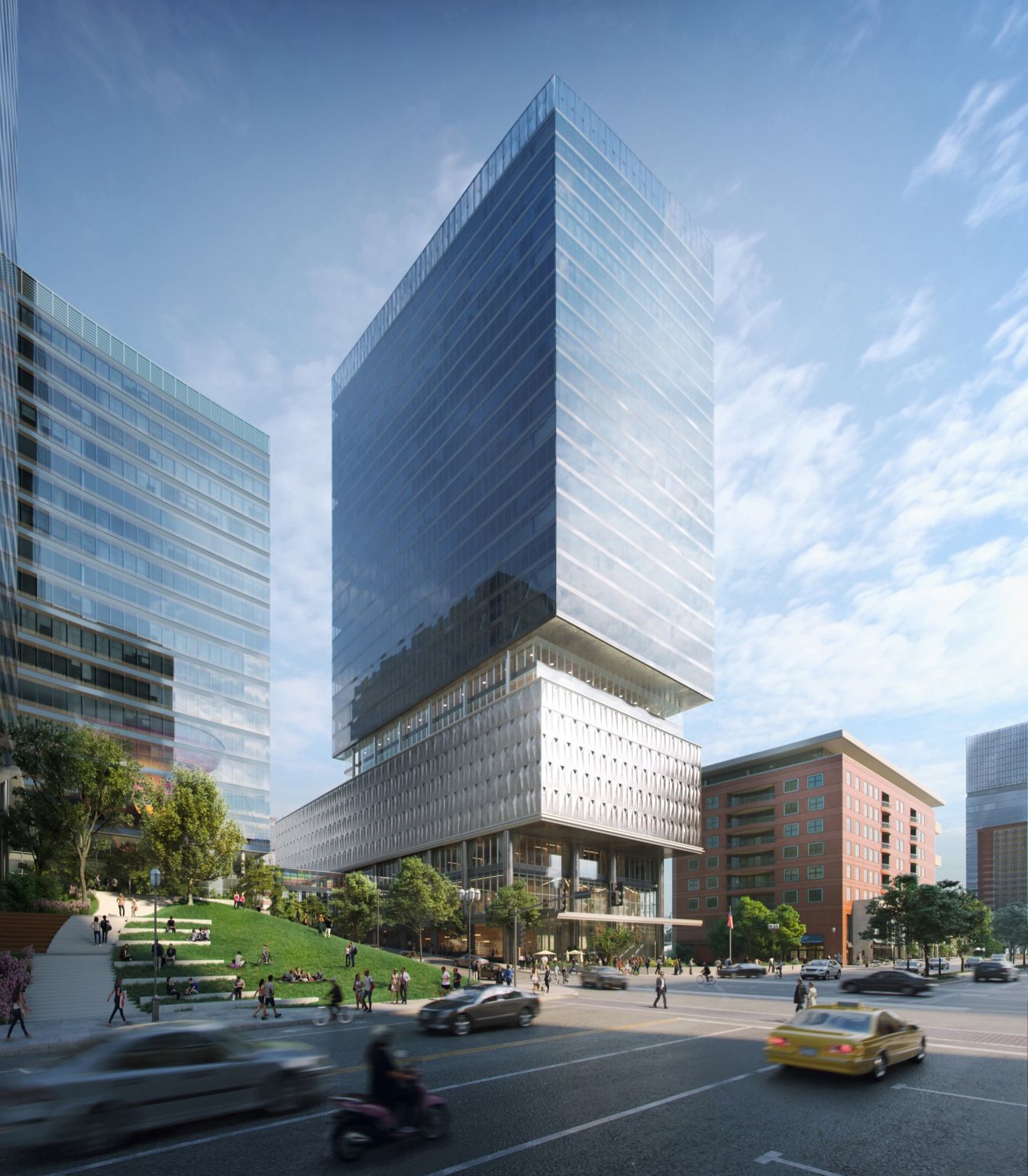 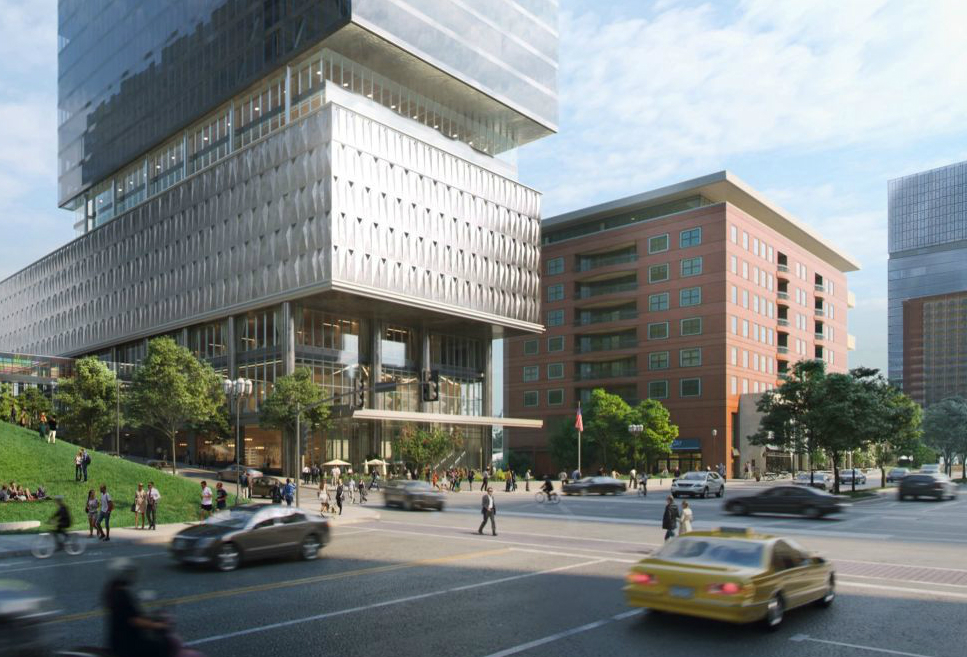 Tract two would span an expanse of Forsyth and be comprised of ground floor retail, 120 apartments facing Carondelet Plaza adjacent to the Crescent condominiums, and as many as 2,000 parking spaces in a seven-story structure. The main entrance to the garage would be opposite existing Lee Avenue. The tower on Hanley, and the Forsyth garage could break ground as early as this fall and be completed in 2019.

The image at top is of the third phase tower and auditorium. The tallest of the proposed buildings at 34 stories, it could be completed by 2020. The image below is from Carondelet looking east across Hanley at the first tower planned (phase one), a 28-story tower with a skybridge connected to Centene I.

A third tract lies east of Carondelet Plaza and the Ritz Carlton. The site was once planned as the Trianon Condominiums. The Centene plan calls for a prominent corporate auditorium that could host additional events, and 400K sf of office space topped by five stories and 120 units of corporate lodging. This phase was described as “imminent” and planned for a 2020 completion. 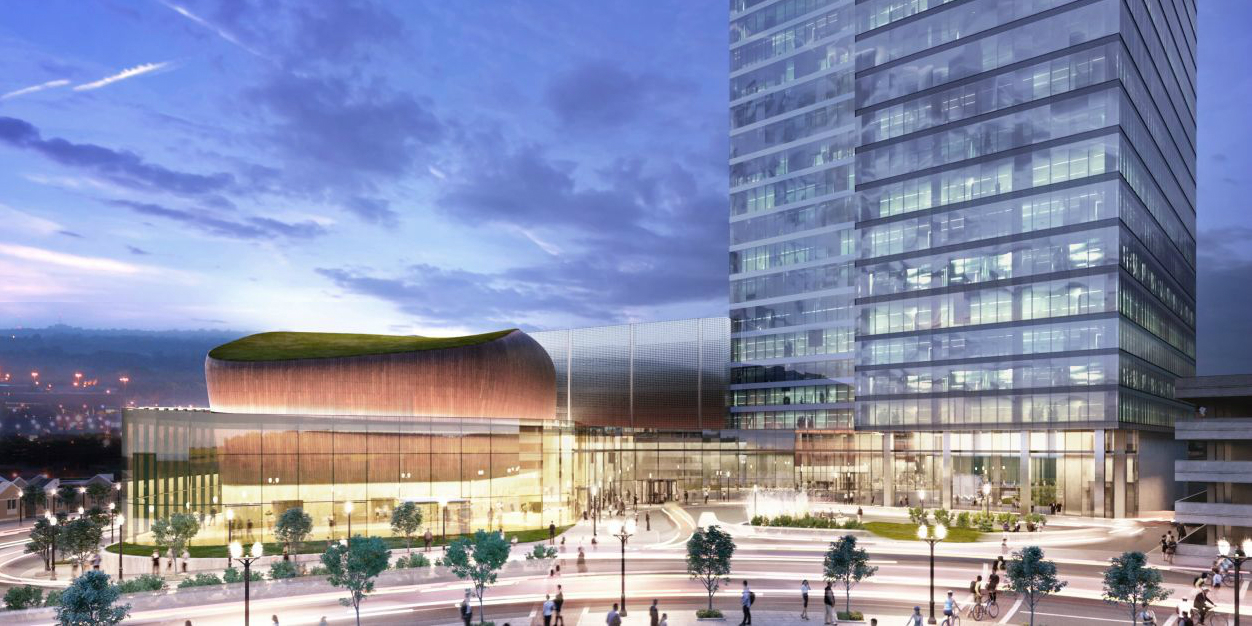 Plans for the fourth tract at 7711 Carondelet had not been previously reported. There, a 500K sf office building with complimentary architectural design to the existing Centene tower would be built, and include ground level retail and approximately 2,000 parking spaces.