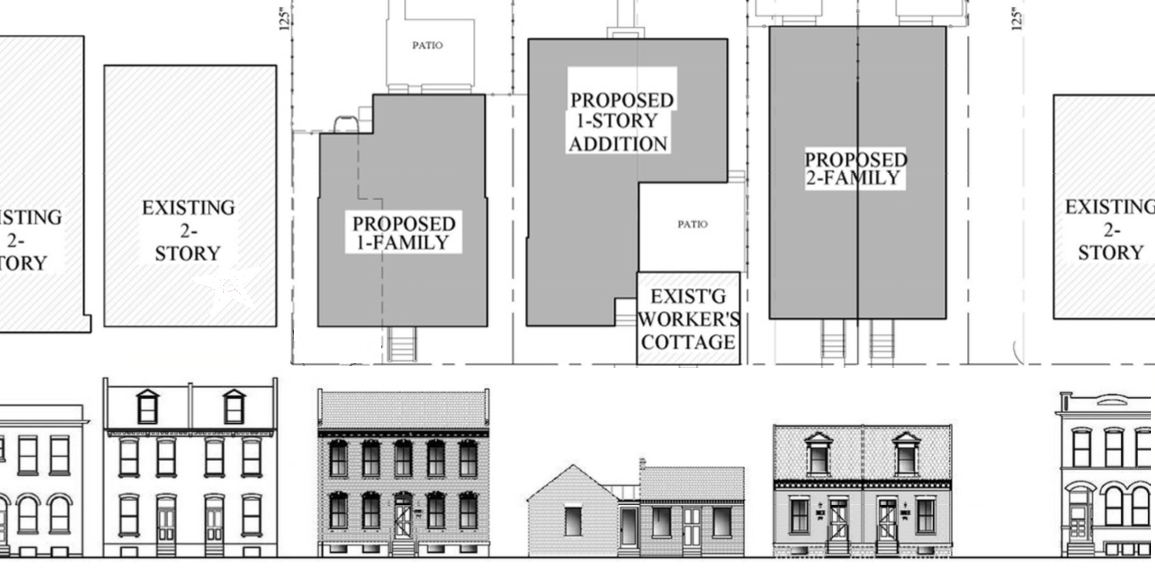 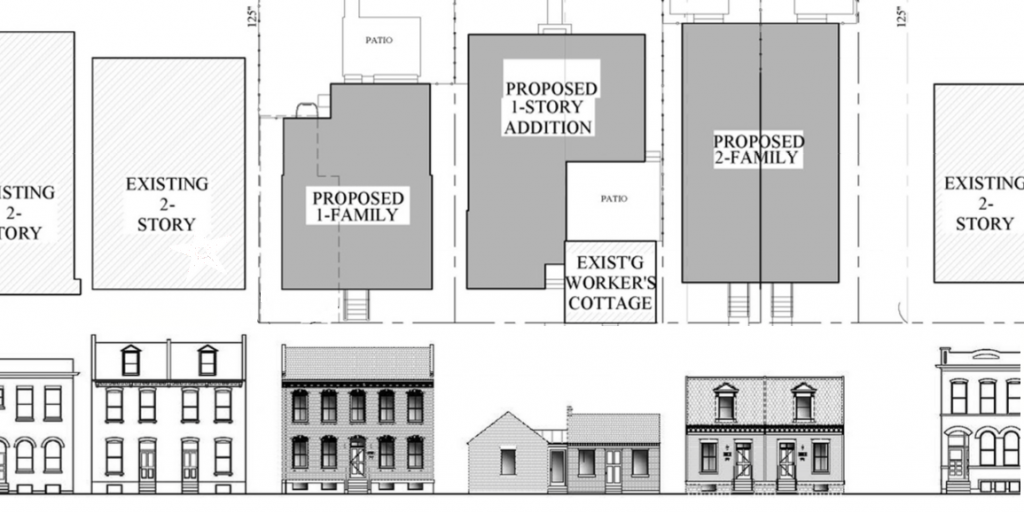 An antebellum workers cottage in south St. Louis with possible ties to the Underground Railroad may finally have a new future. Planned is a one-story contemporary addition, as well as adjacent single-family and two-family homes. The proposal appears set to receive approval from the city’s Preservation Review Board next week.

The project, by Rubicon Corporation and designed by Curtiss Byrne, spans 3310-3320 Lemp, a total of five lots, all owned by the St. Louis Land Reutilization Authority (LRA). In April of this year, 3310 was set ablaze by an arsonist. The fire occurred April 10, an application for demolition was filed May 3, issued June 20, and demo work completed July 6. The 1,500sf home dating to 1890 had been vacant for a decade or more. 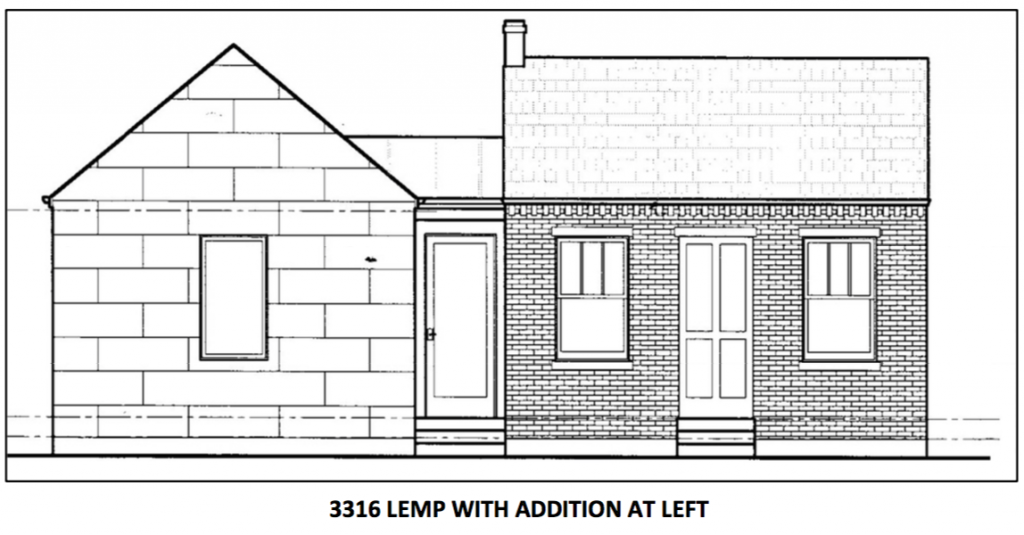 Rumors of Underground Railroad locations are not uncommon in a city like St. Louis, and the cave system undergirding large parts of the city allows for endless imagined uses. A series of archaeological excavations at the Lemp Avenue site performed by St. Louis Community College confirmed African-American presence at the property in the mid-1850s. The effort could not conclusively verifying the difficult to prove hypothesis of the site as a stop on the Underground Railroad.

It is known that tunnels in the area connected to the cave system, which in turn connected to the nearby Mississippi riverfront. The cottage and recently burned and demolished 3310 Lemp, both appear on the 1875 Compton and Dry drawing of the city. Homes at the rear of the property were demolished in the 1970s, while 3314, the home located nearest a tunnel entrance, was demolished by the city in 1999.

At the north end of the block, the long vacant corner building at Lemp and Utah was renovated in 2011. That year, contemporary townhomes and historic reproduction commercial storefronts were planned for the 3300 block of Lemp Avenue in the city’s Benton Park neighborhood. Though that project gained the approval of the Preservation Review Board, it never got off the ground (images below).

From the Preservation Board Agenda [read it here]:

The Cultural Resources Office’s consideration of the criteria for new residential construction in the Benton Park Historic District Standards led to these preliminary findings: 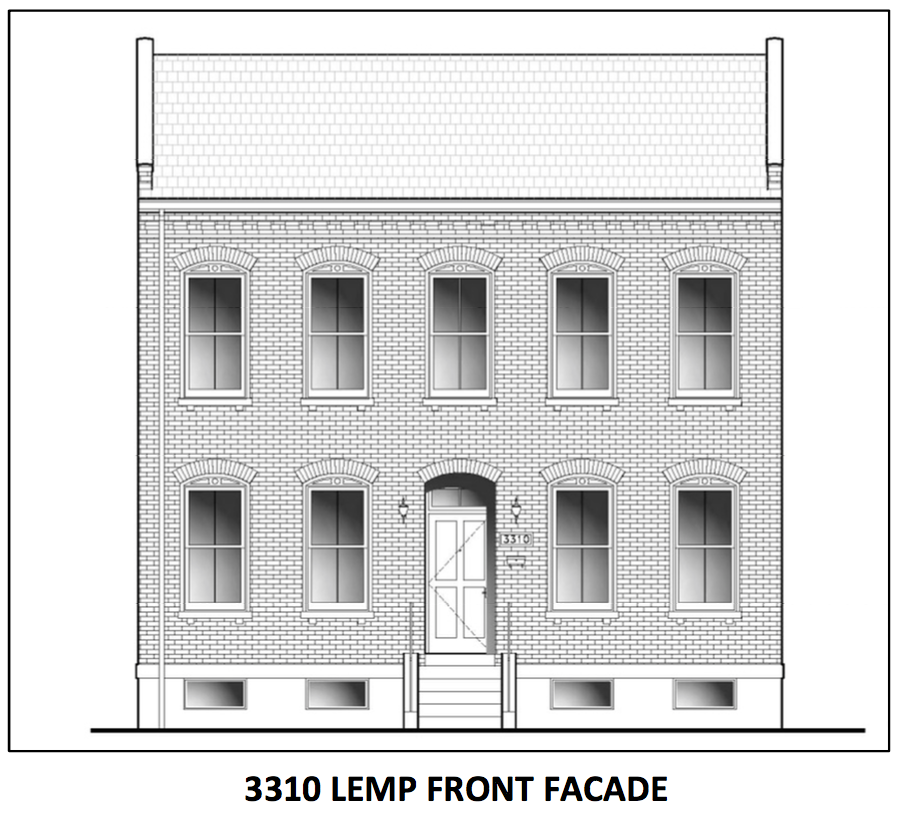 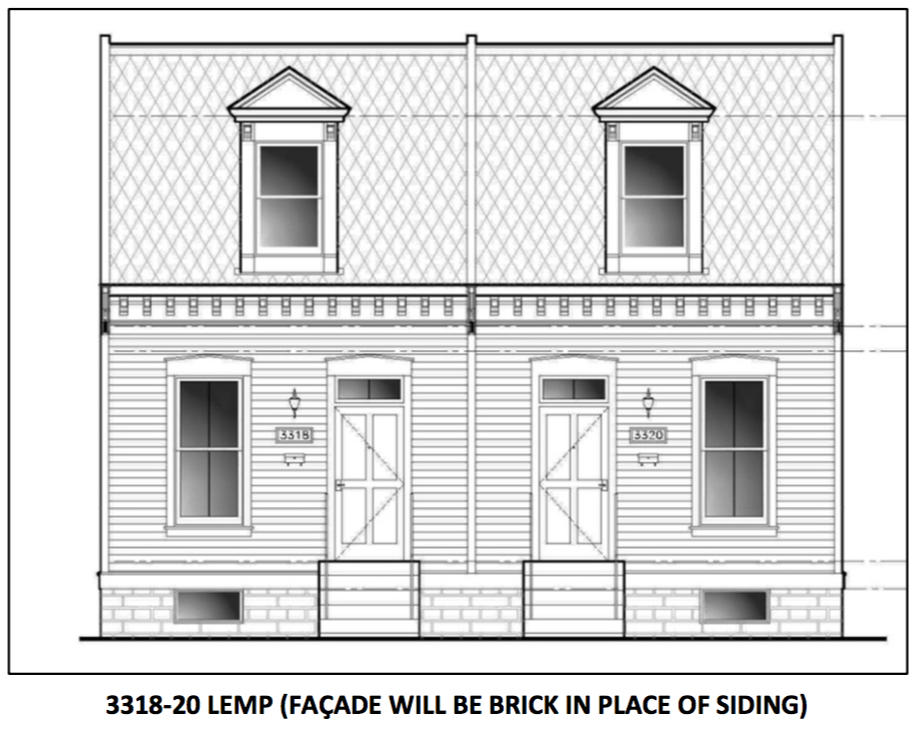 Images from the 2011 proposal: 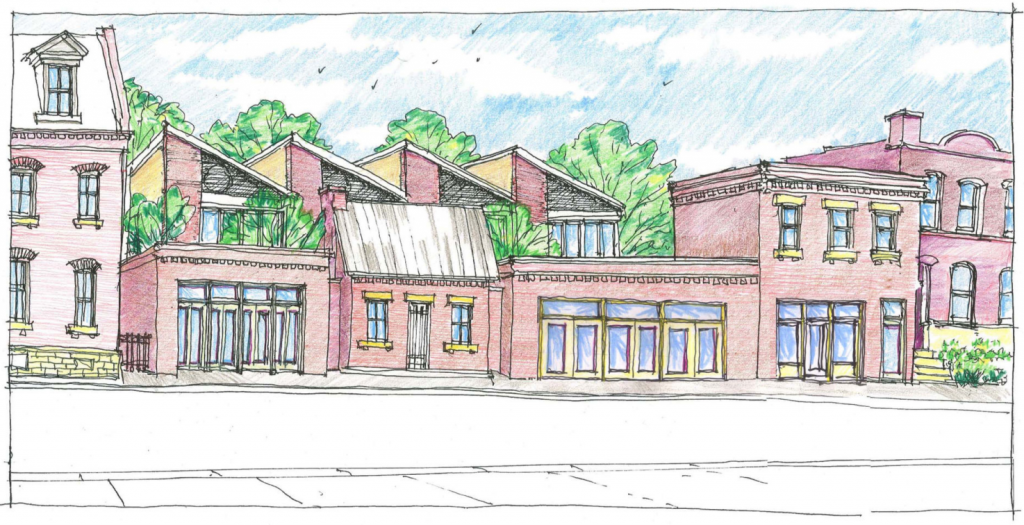 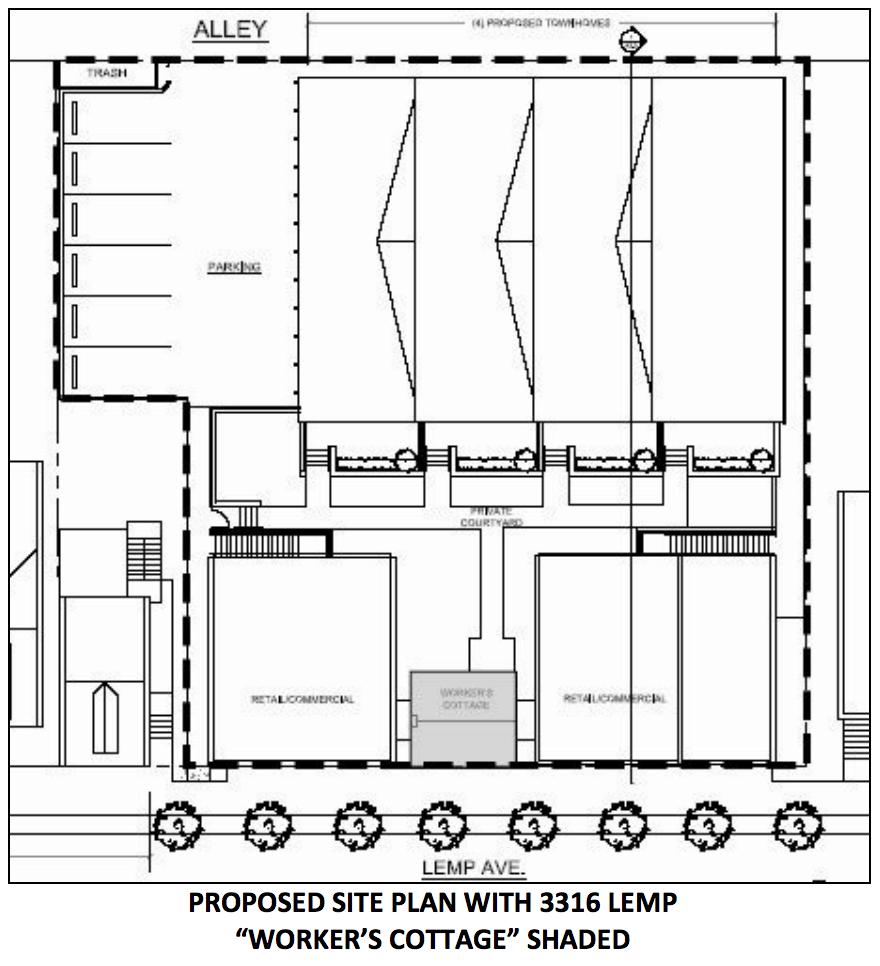 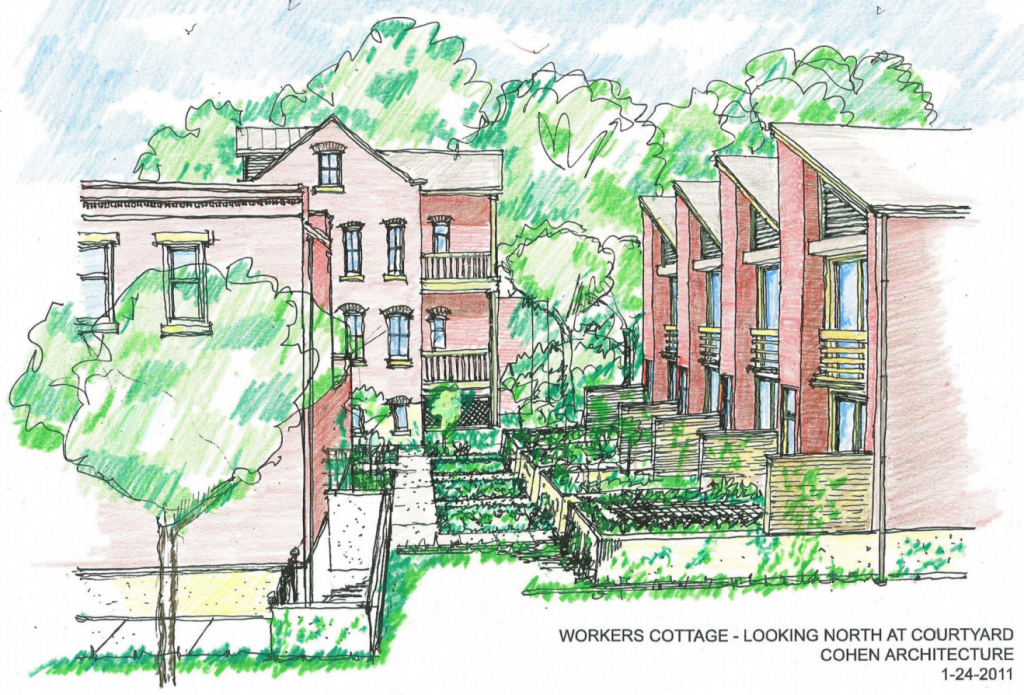