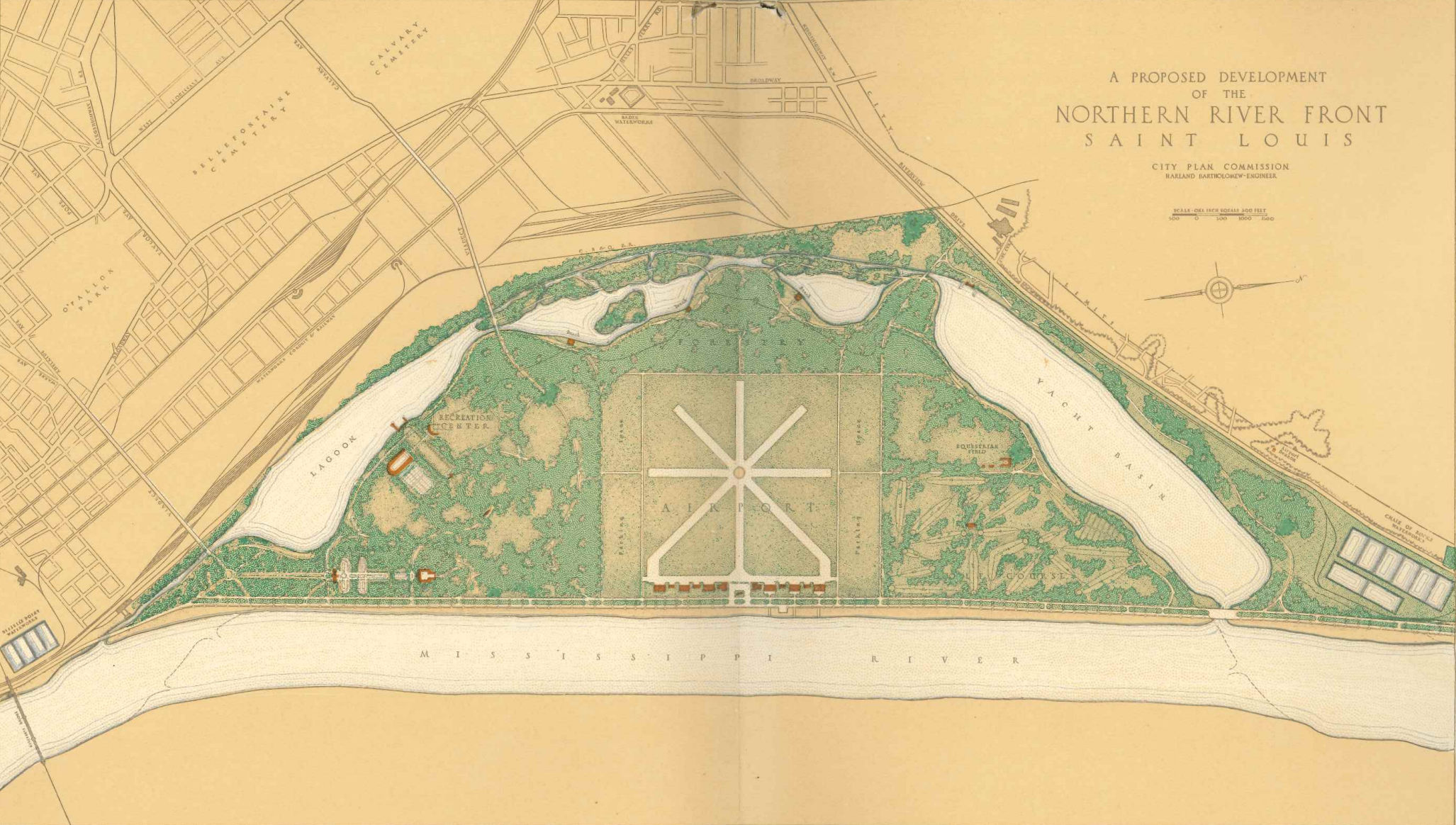 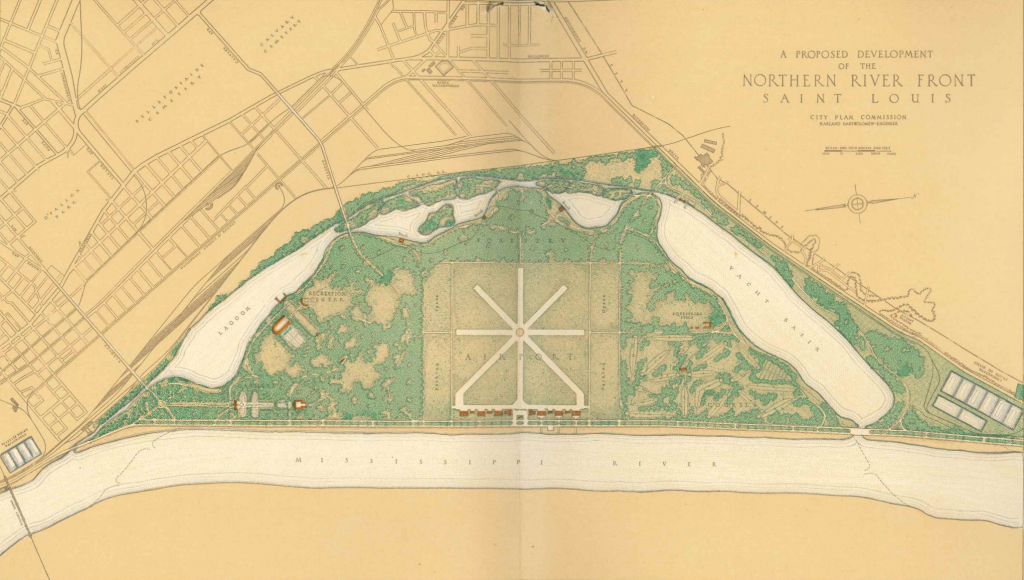 Yesterday we shared the 1928 St. Louis Riverfront plan developed by the city’s first planner, Harland Bartholomew. The idea that the city’s proverbial front door would be home to thousands of parkings spaces elicited some groans on social media, though the 1920s planning had more style than the aut0-centric development and urban Interstates to come.

Another thought was that if the 1928 plan had been executed, it’s predictable lifespan of about 50 years would have put a rebuild front and center in the 1980s. While the renovation of St. Louis’s Union Station was completed in 1985, the decade isn’t known for its urban sensitivity. Ultimately, the 1928 plan would have clearly precluded the Arch eventually being built. What impact it would have had on the city itself, whether greater or fewer than 60% of its residents would have left with some other plan, is left to debate.

Bartholomew had big plans for this major American city. The central riverfront was a focus due to its location adjacent to the central business district and river crossings, but plans were made to remake the north and south riverfronts as well. The plans included an airport, yacht harbors and more. This document was sourced via Open Archive STL, an expanding online database of archival public policy documents. 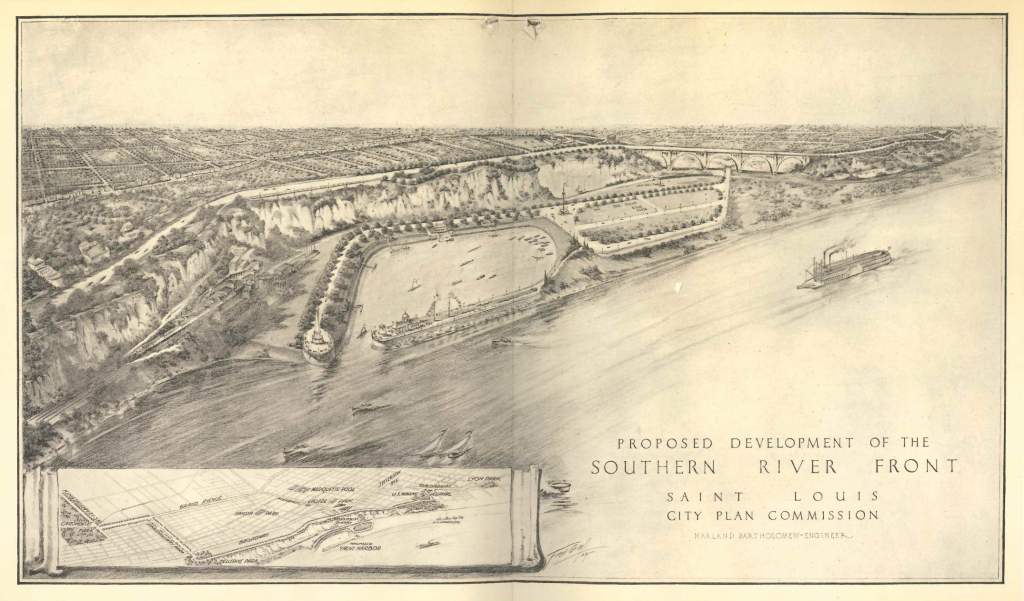 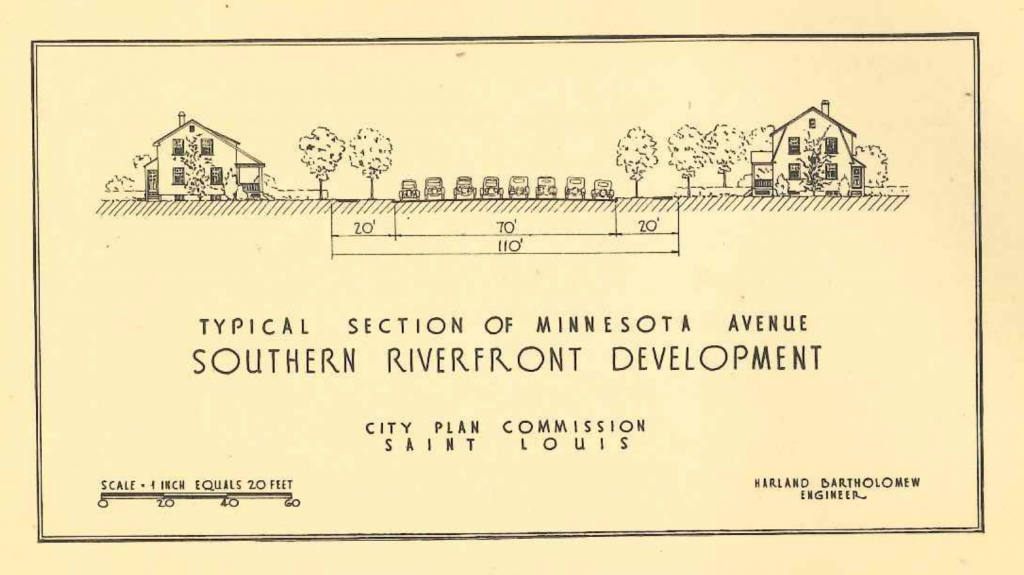 Plans for the Northern and Southern Riverfronts – St. Louis 1929 by nextSTL.com