According to the St. Louis Post-Dispatch, Centene will ask for $147M in incentives toward what it is saying will be a $771.8M project. We outlined the plan earlier this month, and have followed the development since April.

Details of the request for incentives are scheduled to be presented to the Missouri Development Finance Board on June 21 (read the agenda). Centene received $19M in tax abatement to build its current tower in downtown Clayton. The campus project being considered is approximately four times larger. 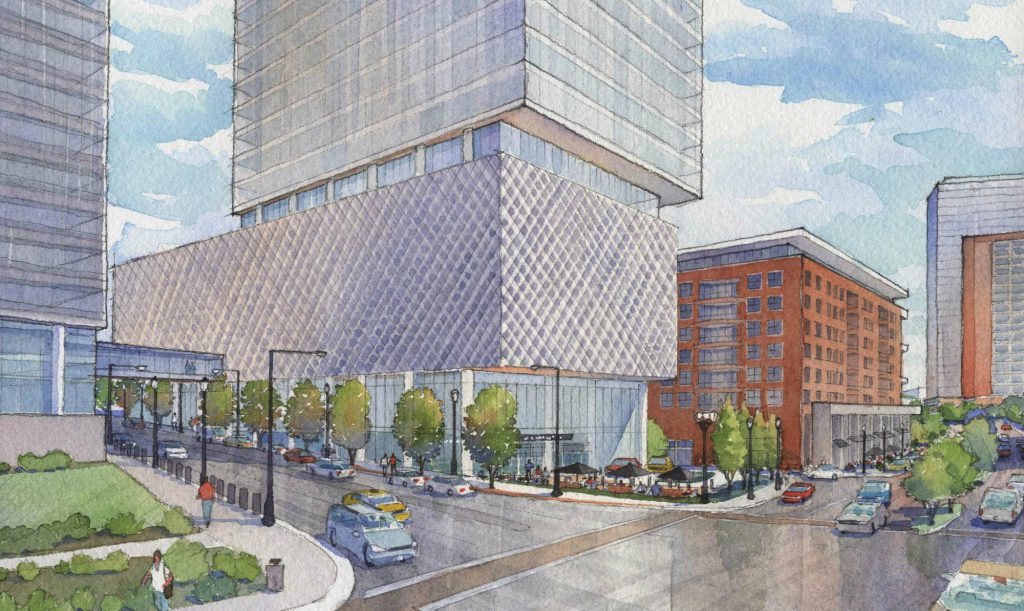 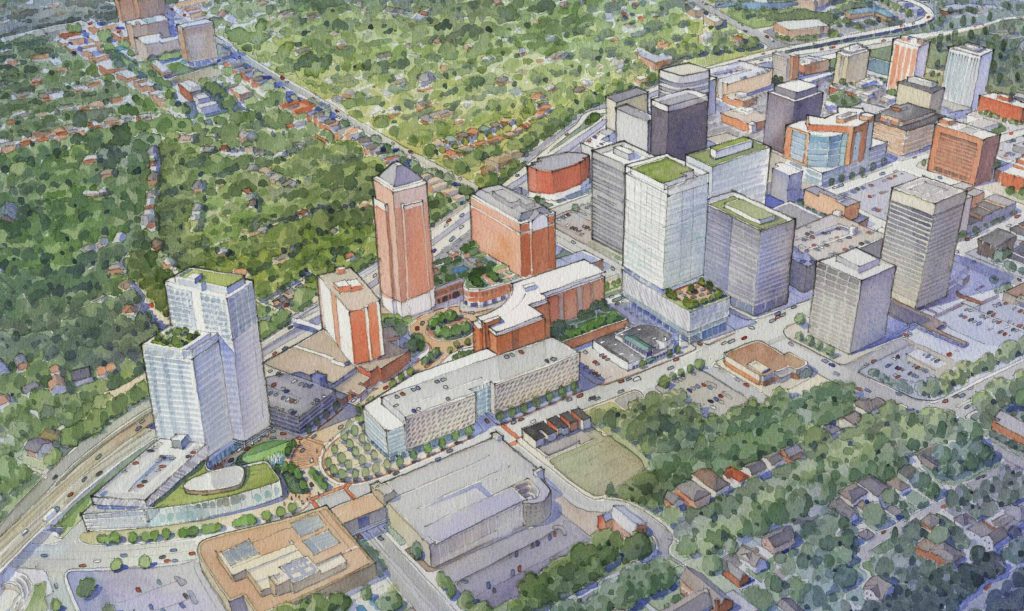 This evening Centene unveiled its plans for a massive new corporate campus development in the heart of Clayton. The vision presented by Clayco Chairman and CEO Bob Clark, included four phases, or tracts. The first three would be built upon land recently acquired by Centene, while the fourth could eventually replace an existing building at 7711 Carondelet.

The vision outlined plans for nearly 1.5M sf of office space, as much as 40K sf of retail, 120 luxury apartments, a corporate auditorium, and lodging. Plans had been kept under wrap even after an application for project review had been submitted to the city. We wrote in April about Centene’s property acquisition and the growing size of its project. The total purchase price listed for all parcels comprising the Centene Clayton Campus project is in excess of $46M.