The Family Courts Project in downtown Clayton is finally nearing completion. The $122M, 152K sf development remains roughly on schedule for the late 2016 opening date set a couple years ago. KCI Construction of St. Louis and Fentress Architects of Denver were selected for the design-build project.

According to information released by St. Louis County, existing facilities experienced significant renovations, and office space was expanded, in addition to the new building constructed at Central and Bonhomme Avenues atop the court’s existing parking garage.

Work officially began on the project in 2014. The existing facilities were completed more than 40 years ago and had not seen significant renovations since. The case for the project centered on updating building and technology systems, modernizing security, and accommodating an increased case load.

According to the County, the facility had such a space crunch that crime victims would sometimes have to sit “within a few feet” of their suspected assailant. Some court staff offices were converted detention cells, and staff and judges often used unsecured hallways and common areas. The building itself contained asbestos, experienced roof leaks, and had an inefficient HVAC system. 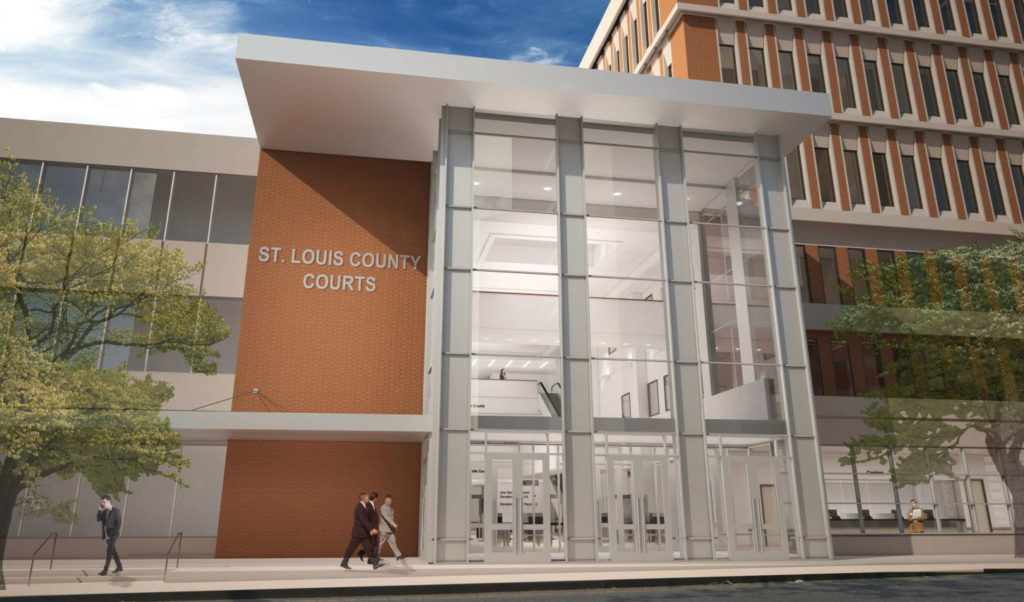 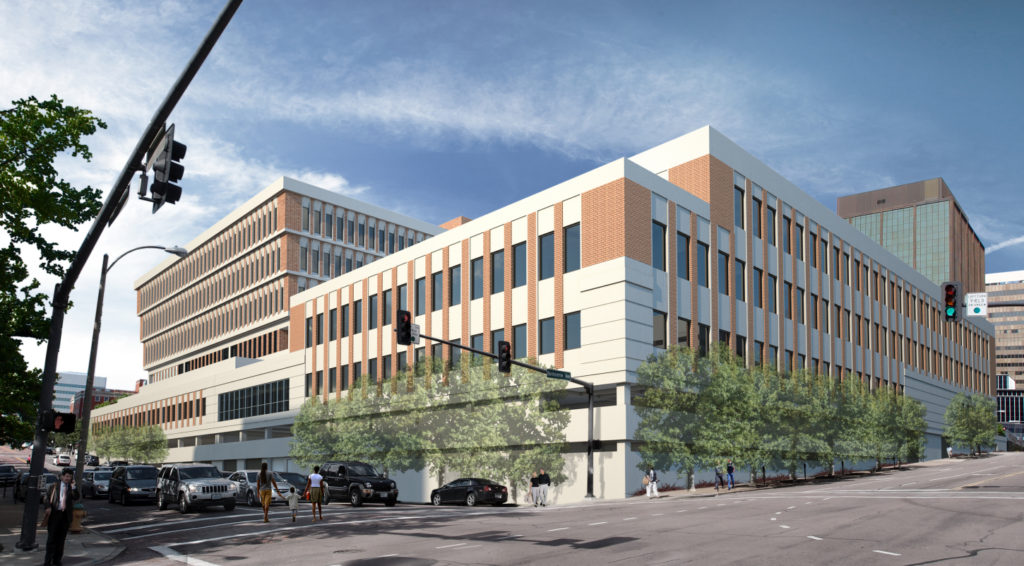 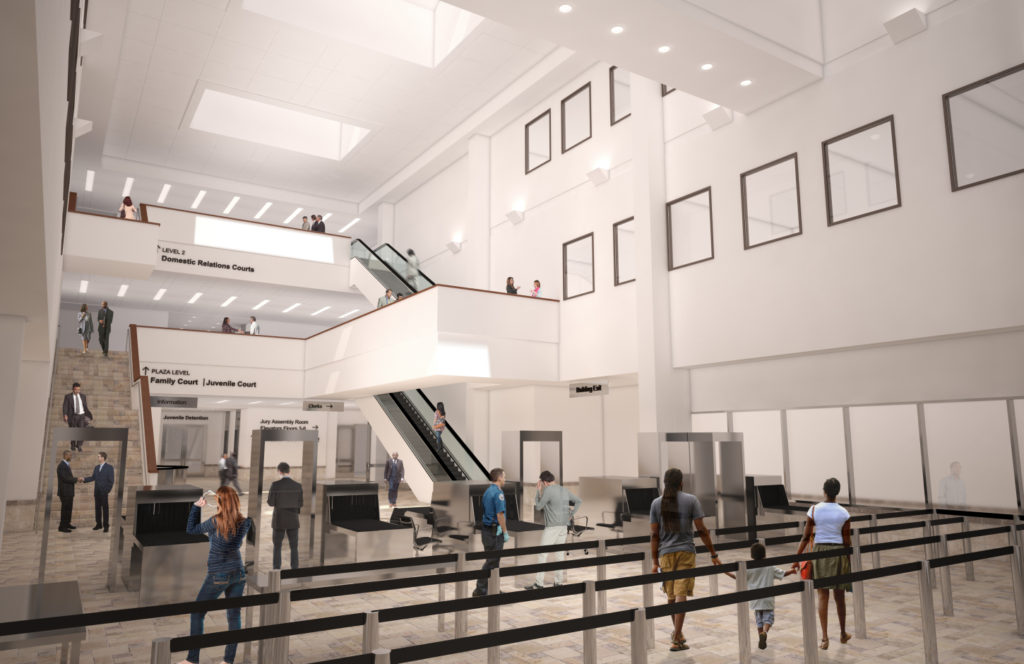 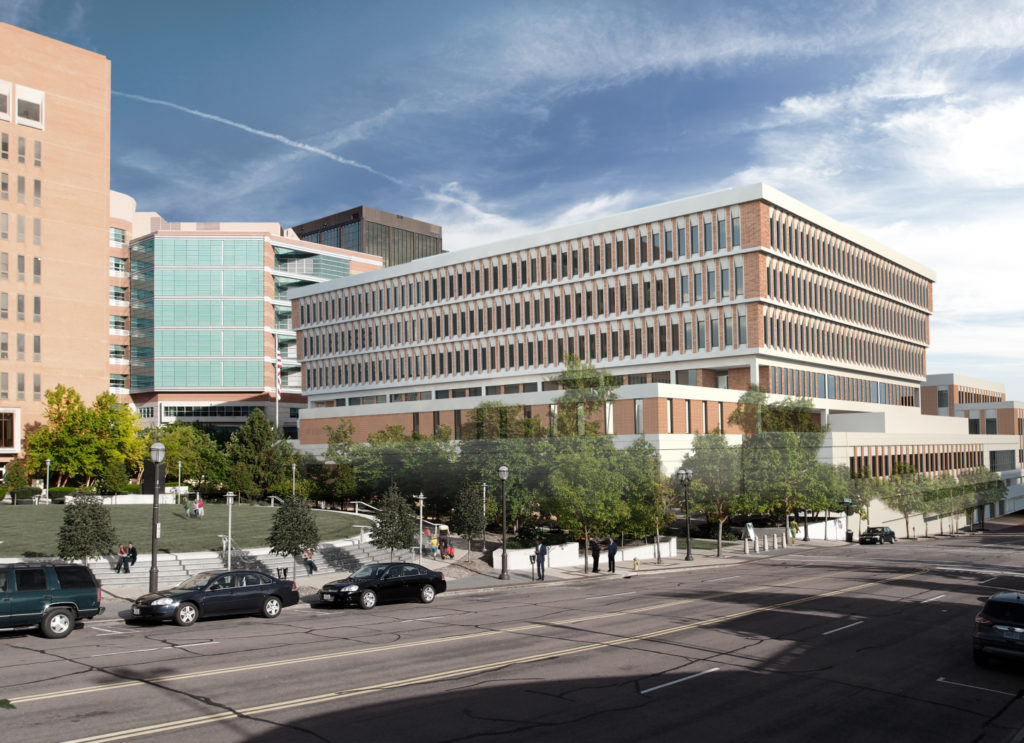 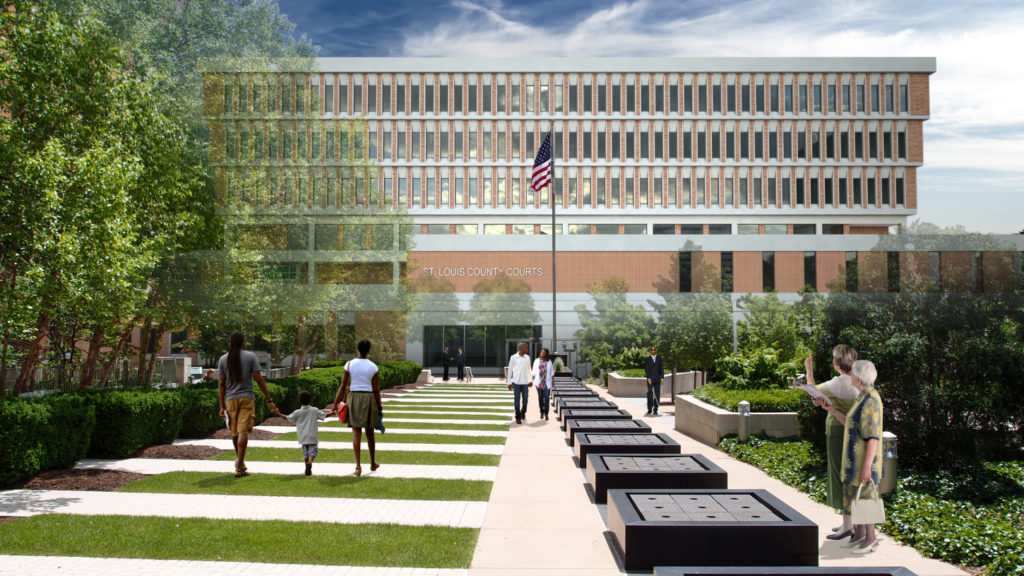 Interestingly, an unbuilt design by Dewberry Architects of Orlando for the courts project won an AIA award this past year. According to a post by the Orlando Regional Center for Architecture and Design (ORCAD), the design was awarded second place in price and first place in design as part of the county’s design competition, but ultimately was not selected. 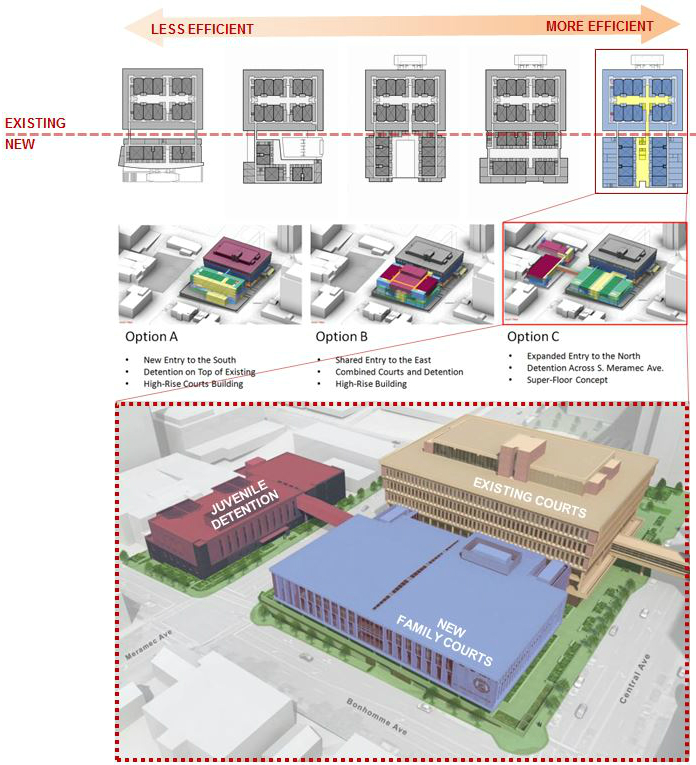