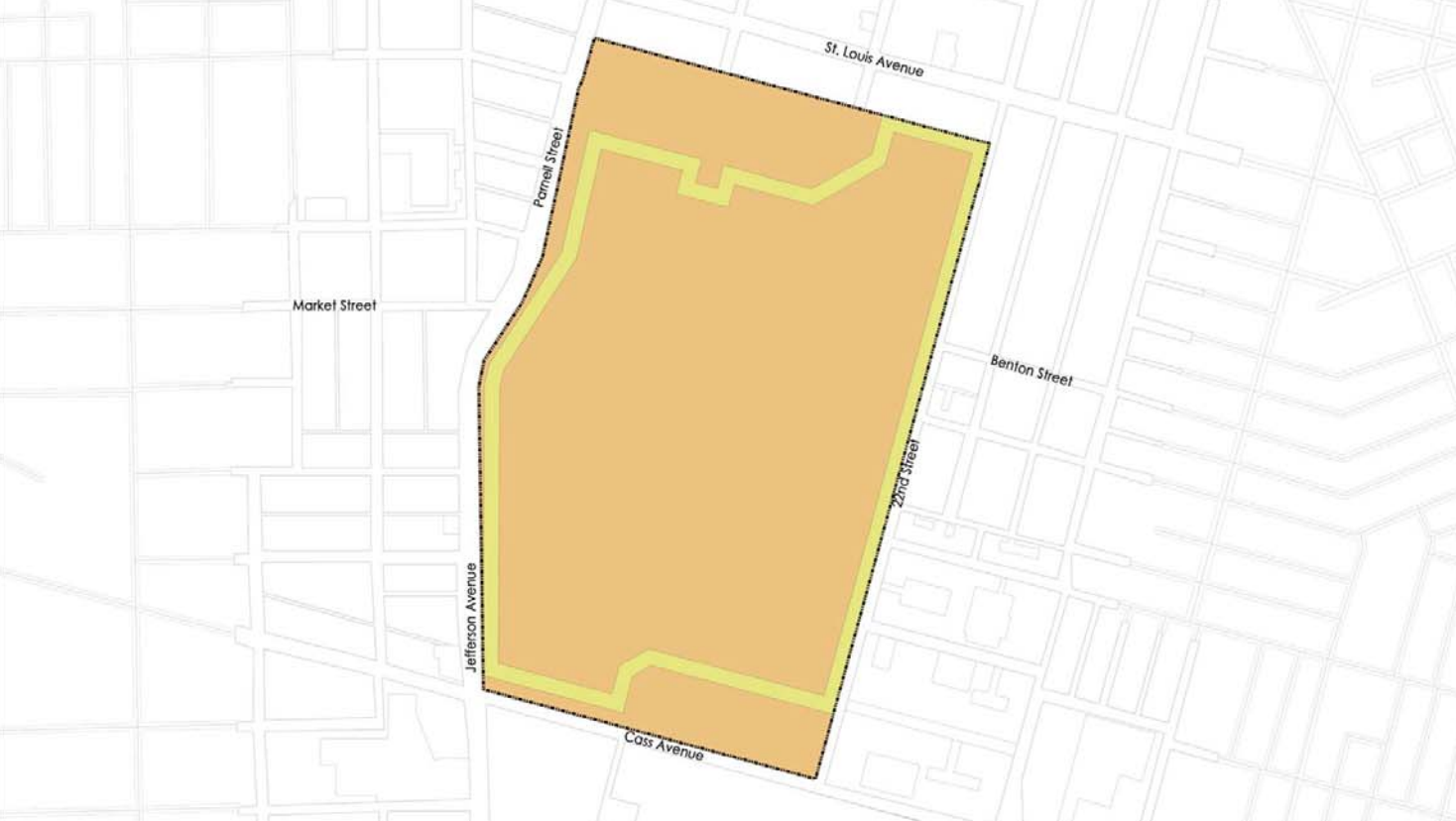 The Environmental Impact Statement for the Next NGA West Campus in the Greater St. Louis Metropolitan Area is a 491-page comprehensive explanation of the process that led to the selection of north St. Louis City as the preferred site for the new NGA. We’ll pulled a few select sections from the document that highlight why St. Louis was selected.

In short, the NGA found that the City of St. Louis site offered the best location for current employees, that young future employees preferred the site, that it was best suited to leverage partnerships with Saint Louis University, Washington University in St. Louis, and others, and best fit federal guidelines that preference urban investment and redevelopment.

The full Final EIS is below.

The St. Louis City Site was identified as the option that yielded greater environmental advantages between the two sites. This project location contains no biological habitat beyond what supports urban species. It would not impact any habitat for migratory birds, listed species, or impact any water resources. The project includes the opportunity to transform aesthetics in the area and remediate environmental contamination.

While the St. Clair County Site presents a stronger security posture than an urban environment, it is anticipated that a strong security presence, security management system, onsite parking and careful site planning and building design features can be implemented at the St. Louis City Site location. Close coordination with the local authorities will be planned to develop security strategies with the City of St. Louis law enforcement and to gain concurrent jurisdiction.

Overall, the St. Louis City Site offers an advantage to meet the consideration requirements for many federal priorities. All of the applicable guidance favors the St. Louis City Site, especially the most current directives found in E.O. 13693, Planning for Federal Sustainability, which favors the redevelopment of brownfield locations, and E.O. 12072, which favors development in central business districts.

Disinvestment has occurred over decades at the site, leading to an 85 percent vacancy rate as of December 2015. In total, the St. Louis City Site (which does not include the former Pruitt-Igoe Site) consists of 76 percent vacant land, 9 percent vacant residential lots (lots with vacant homes), and 13 percent owner or renter-occupied residences. The remaining 2 percent of the parcels are commercial (0.9 percent vacant, 0.5 percent owner occupied and 0.4 percent tenant occupied), churches (0.15 percent), and educational use (0.05 percent) (Halliday, 2015a, pers. comm.).

A limited number of community resources and homes remain within the Proposed Area footprint and vital components of a cohesive community are lacking. Many of the vacant residential lots are unmaintained and some have been converted into urban garden plots. As a result of the unmaintained lots, the City has designated the site a blighted community (Development Strategies, 2015a). The St. Louis City Site is within the proposed NorthSide Regeneration Project area (NorthSide Regeneration St. Louis, 2015) and within the U.S. Department of Housing and Urban Development’s footprint for an Urban Promise Zone initiative for the City of St. Louis. The St. Louis City Site presently has multiple landowners, many of whom have entered into agreements of sale with the City of St. Louis.

Of the four alternatives considered, the Mehlville Site and St. Clair County Site were determined to have the greatest adverse impacts with fewest environmental advantages. Both of these sites were of concern to the U.S. Fish and Wildlife Service because of long-term impacts to habitat corridors supporting federally listed Threatened and Endangered Species. If the construction and operation of the Next NGA West Campus were to occur at either of these locations, the purchase/compensation of offsite habitat would be required as mitigation.

With regard to cost, the St. Louis City and St. Clair County sites presented the lowest cost, with both sites being formally offered at no cost to the federal government.

From an industry partner perspective, St. Louis is receiving national attention in its success as a city for technology industry startups. The relationships NGA has established with the TREX incubator in downtown St. Louis and the firms in the CORTEX Innovation Community in midtown are promising in terms of future technology supporting GEOINT. While industry relationships can be maintained on either side of the river, there is an infusion of energy that is apparent in locating in the midst of incubators and innovation.

From a retention standpoint, approximately 70 percent of the current NGA South 2nd Street workforce live in Missouri. The St. Louis City Site offers the least amount of disruption to the NGA workforce and reduces the need for families to relocate to a different portion of the metropolitan area. The St. Louis City Site also provides many access points and route options for commuters compared to the St. Clair County Site.

E.O. 12072, Federal Space Management, requires that first consideration be made for federal agencies to locate in urban areas/central business districts. The DoDI 4165.71 for Real Property Acquisition further supports E.O. 12072 by instructing DoD agencies to conserve existing urban resources and encourage the development and redevelopment of cities. The St. Louis City Site is best suited to fulfill both E.O. 12072 and the DoDI as it relates to redevelopment of urban/central business district criteria. The St. Clair County Site would spur future development for St. Clair County much in line with the development plans for the area. However, new development along metropolitan edges meets neither brownfields nor urban/central business district criteria, reduce greenhouse gas emissions, nor does it support other initiatives such as Promise Zones or the E.O. 13062 for SC2. 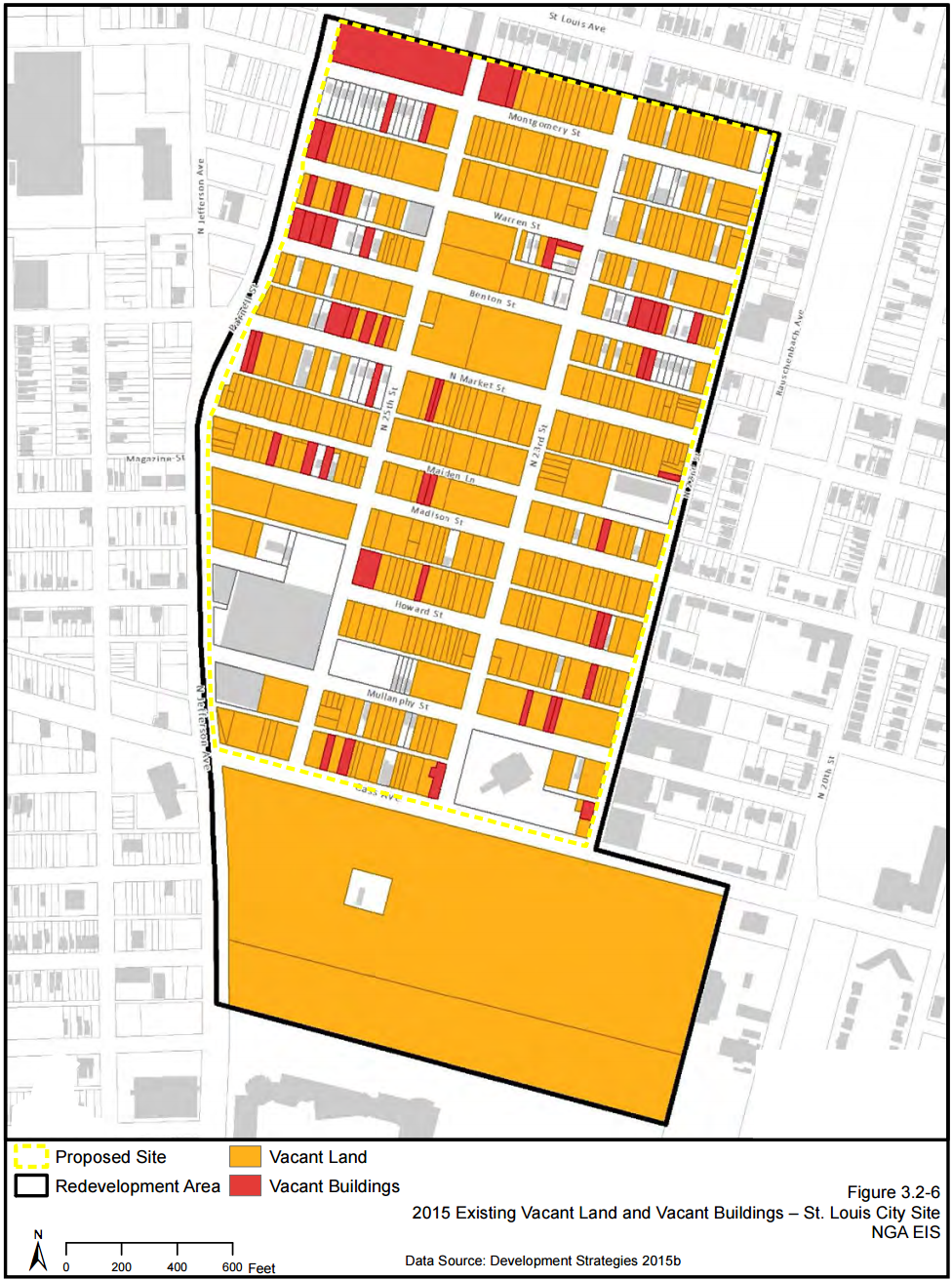 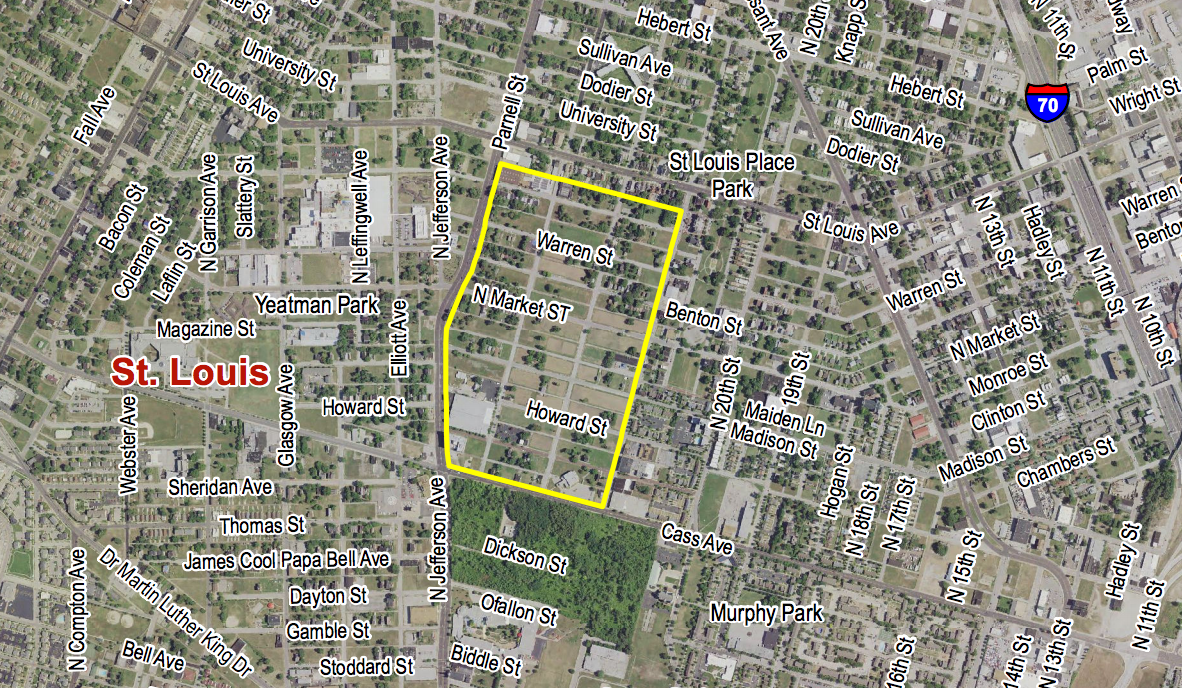 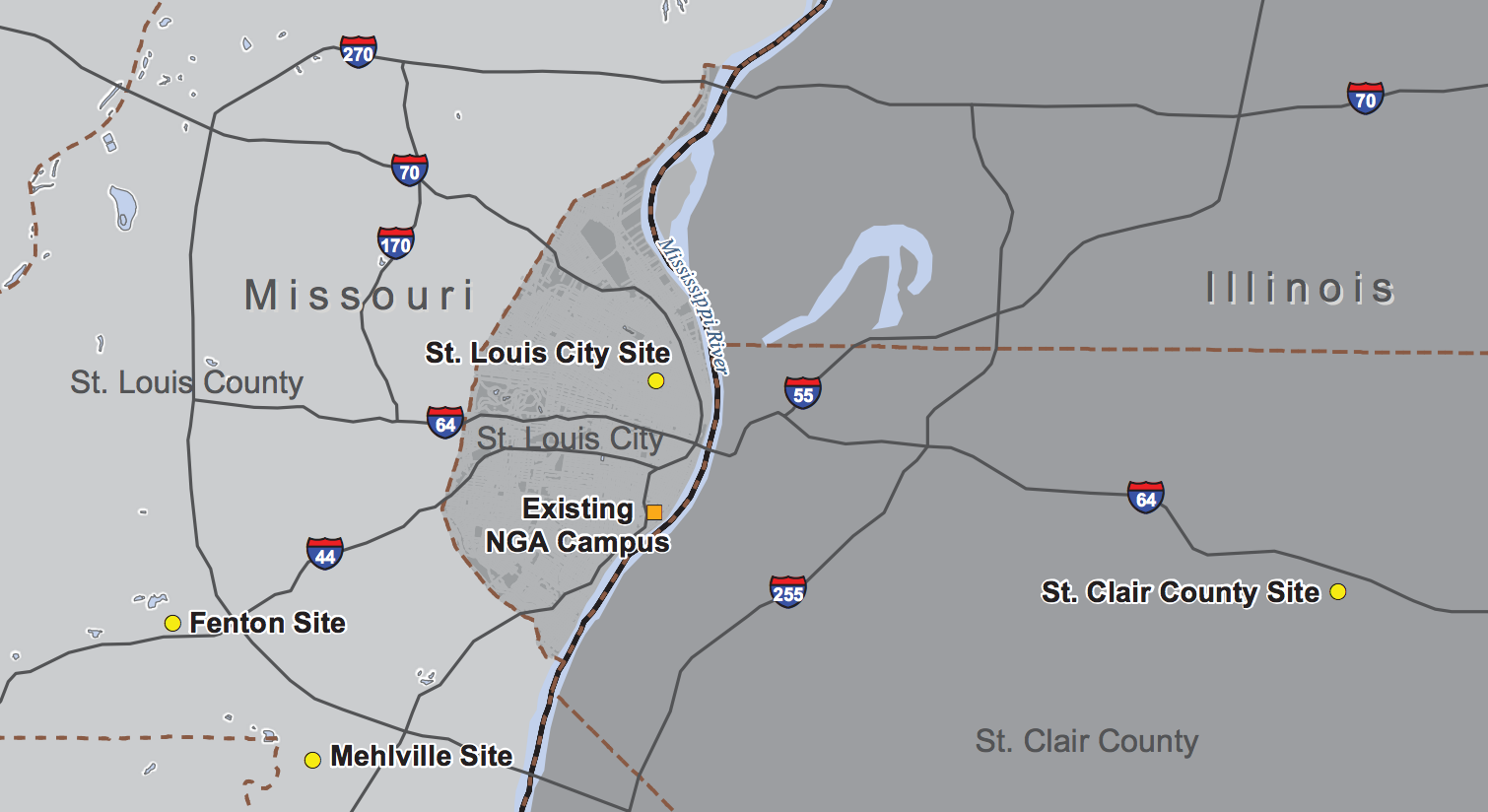 Alex is the founder of nextSTL.com. He earned a B.A. in Journalism and Masters in Public Affairs at Indiana University and has studied in Adelaide, Australia and Perugia, Italy. Alex can be found on Twitter @alexihnen and reached at [email protected]stl.com