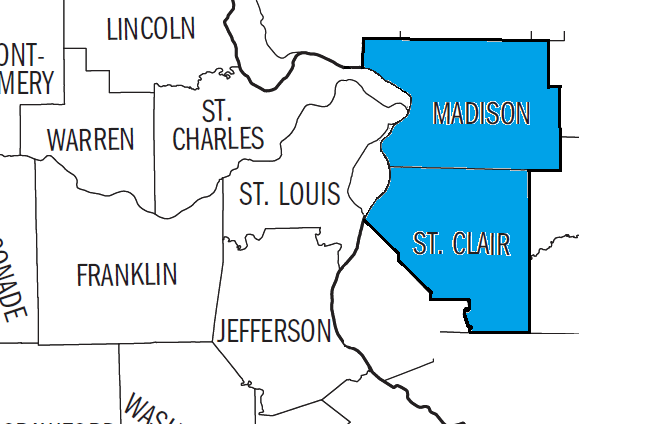 Missouri could get bigger. Governor Jay Nixon signed two bills yesterday extending an offer to buy Madison and St. Clair Counties from Illinois. One bill extends the offer and the other urges the US Congress to redraw the state borders once both states have agreed on terms. 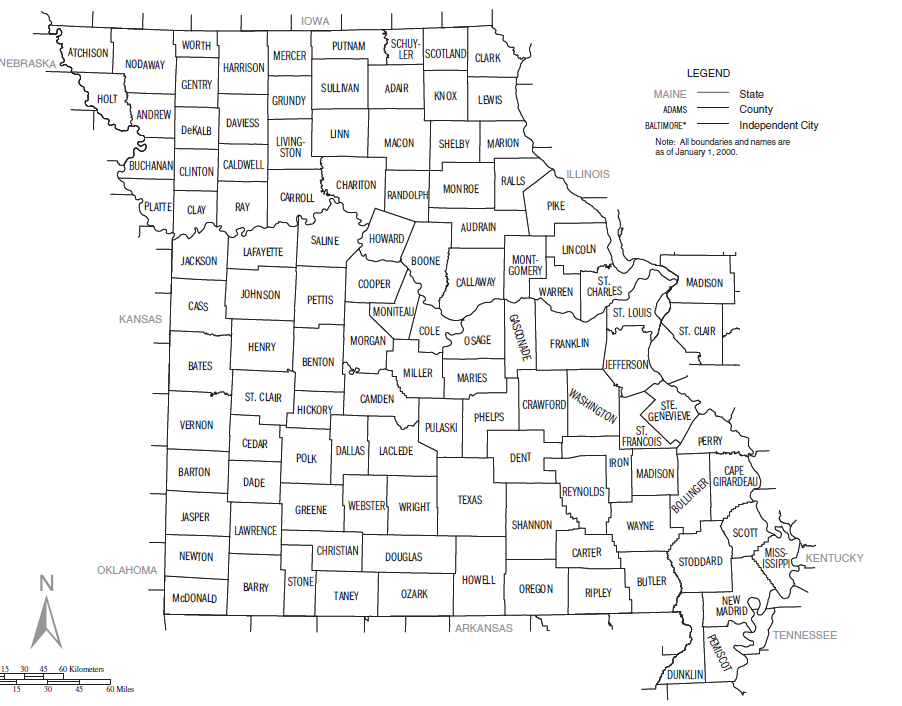 At a press conference at the capitol Gov. Jay Nixon said, “Um er jobs, um.” Nixon’s chief of staff, Chris Pieper, said, “We recognize the negative impact splitting a metro region not only into numerous county and municipal fragments, but spanning two states prevents St. Louis from realizing its full potential. We see this opportunity to reduce the fragmentation problem and think taking over the two counties will help Illinois better cope with its budget woes. It will be mutually beneficial.”

Missouri’s slow population and economic growth rates over the last decades are an impetus for the offer too. Adding the two counties would increase the state’s population by nearly 9%. With the population center of the state moved east, talk of moving the capital from Jefferson City may ignite again.

Illinois Governor Bruce Rauner responded, “in business when heading towards bankruptcy we look to offload assets and liabilities to strengthen the enterprise. We’ll evaluate the offer and consider exploring the idea with Missouri.”

A metropolitan region divided by two states has been problematic for nearly 200 years. Conflict between the states over the St. Louis area arose when it became clear that St. Louis needed a railroad bridge over the Mississippi River. Illinois stymied efforts in favor of a bridge to Iowa helping ensure Chicago’s faster growth rate in the second half of the 19th century.

Today the conflict came to the forefront over the site of the new NGA West facility. Each side fell over each other to subsidize the tax-exempt Federal facility.

With St. Clair and Madison Counties in Missouri there would be opportunity for them to join the Zoo-Museum District, the Arch taxing district, participate in publicly funding future stadium deals, convention center improvements, etc, in recognition that expecting less than half the region’s population to fund these regional amenities is unreasonable.

Reaction for Metro CEO John Nations, “Bringing Madison county into Metro would be great for the agency and transit users. Talk of Metrolink to Edwardsville may start again.”

Radio personality Bob Romanek who is running for the Illinois state house expounded on his show, “I support the sale. I’d have a harder time making friends in the Illinois General Assembly, but I’d fit right in in the Missouri Legislature!”

Collinsville Schools Superintendent, Dr. Robert E. Green, reacted, “Missouri may support schools at a lower level on paper, but something is better than the nothing Illinois has been contributing during the budget impasse.” Also SIUE will become the University of Missouri-Edwardsville.

St. Clair County Charmian Mark Kern, “we’d be excited to explore applying Missouri’s tools for redevelopment in East St. Louis. Perhaps Paul McKee would be interested in working his magic there. Heck maybe we can get the City of St. Louis to annex it so it’ll be their problem!”

Residents would enjoy Missouri’s low gas and lowest in the nation cigarette taxes. Patricia Bouvier of Granite City, “I won’t have to cross the river for the cheaper cigs!”

Not everyone is excited about the prospect. Questions abound over what effect the switch in states would have on the differences between the two side of the river. Otto Mann of Brooklyn is worried about what happens to his medical marijuana prescription. “Would it become illegal? Dude, I need that medicine!” Anthony “Fat Tony” D’Amico of Sauget worries about his strip club empire, though is optimistic, “I’m sure we can come to an amicable understanding with officials in Missouri.”

Cletus Spuckler of Highland wonders about Medicaid expansion, “Them over there in Missourah don’t have Medicaid expansion. How are my children gonna get health care?” And the trick of registering one’s cars in Illinois despite living in Missouri to evade paying the personal property tax would be tougher.

No price was floated. A negotiation process will commence if Illinois is interested. While the counties contain considerable population and jobs, they also have mounting infrastructure liabilities resulting from Illinois’ efforts to spread out the jobs and population there.