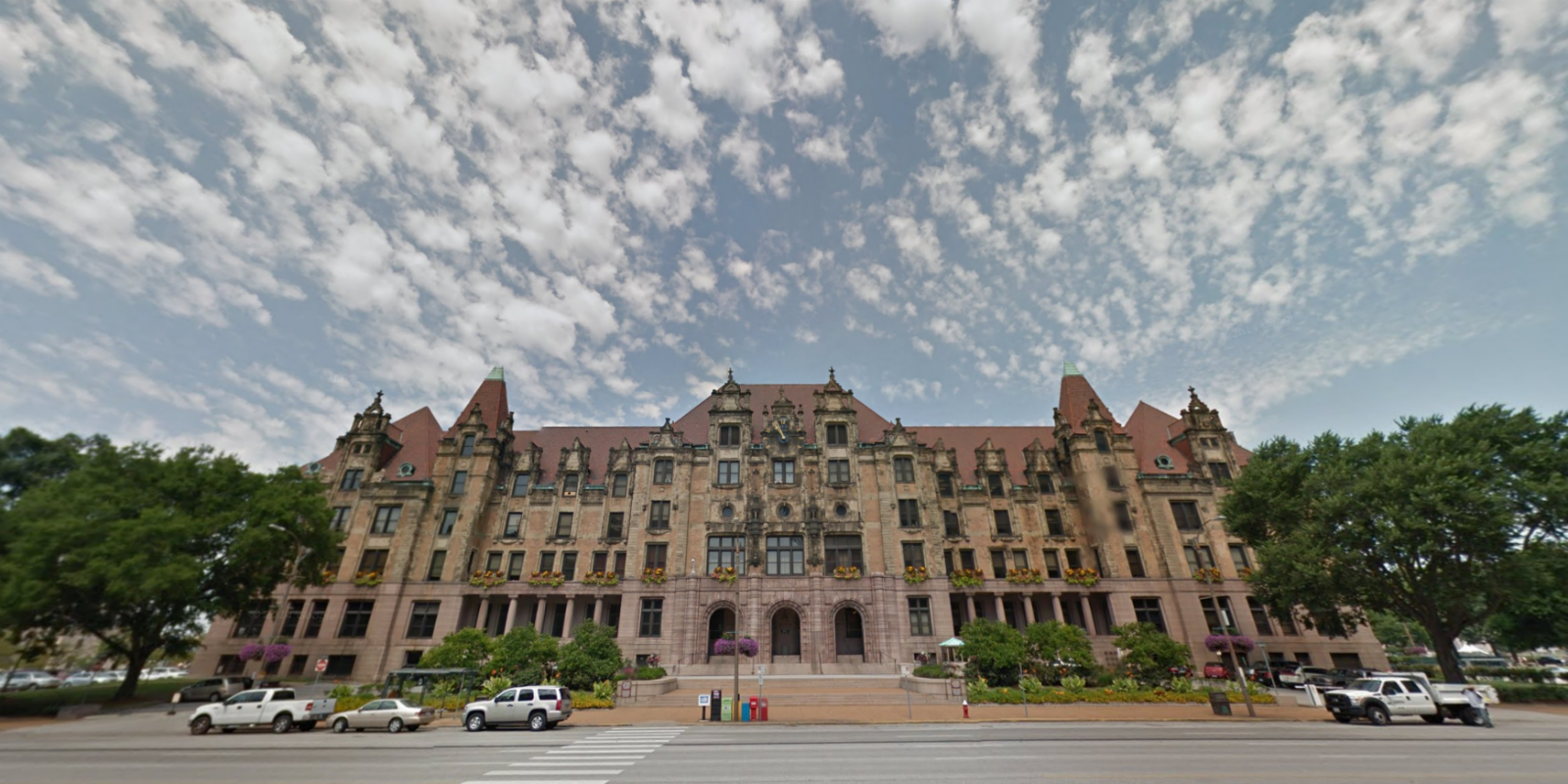 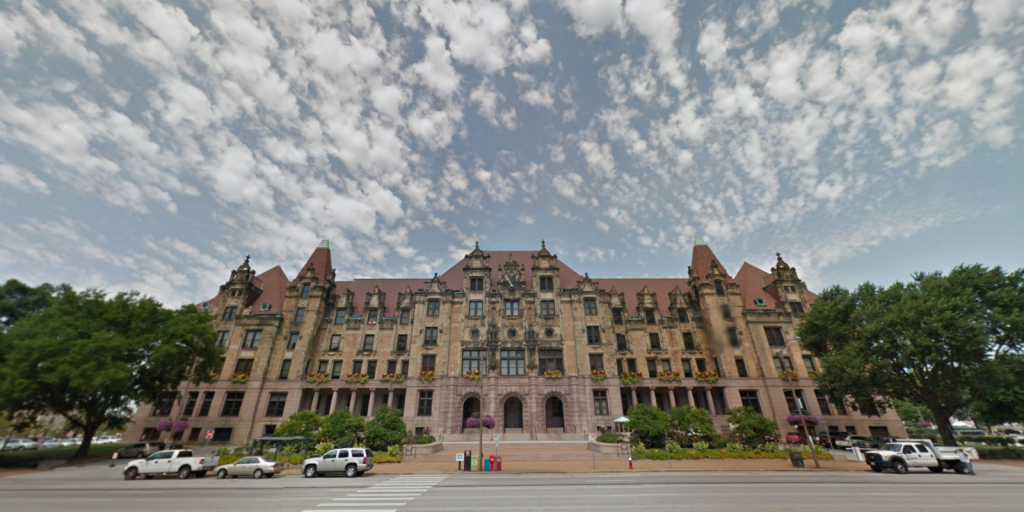 With a brief and unexpected announcement today, St. Louis City Mayor Francis Slay announced that he will not seek to extend his record four mayoral terms to a fifth. Slay defeated Aldermanic President Lewis Reed by 10 percentage points in March 2013, earning roughly 4,500 more votes than the runner-up. It was a decisive victory and along with a substantial war chest, seemed to clear the way for yet another run. The message below was posted on the mayor’s blog today.

Another Year: I love what St. Louis is becoming
By Francis G. Slay

Last week, NGA director Robert Cardillo made public his preference for St Louis to be the site of his agency’s next new headquarters. As his justification, he cited a city that is more likely to attract and retain – also engage and entertain – the sort of employees the NGA is going to need in the next several decades.

His words were heartening. That is exactly the kind of city that I, and a very talented team, have been trying to build.

Although St. Louis is still very recognizably the city that I have represented in one elected position or another since 1985, it is also a city that has slowly won back some of its swagger as a place to start a business, to raise a family, and to walk and ride a bicycle to work. I love what we are becoming.

This past week, city voters were presented an opportunity to go a different direction: to start down a 10-year path that would have seen the city, inevitably, leave some people behind. Since rich people almost always turn out OK, the intended victims are easy to guess. City voters, by an overwhelming percentage and in the face of the most expensive negative campaign ever mounted here, refused to go along.

Election night on Tuesday was one of my proudest moments as mayor.

It was also one of my final nights staying up late worrying about election returns.

I will not be a candidate for mayor next year.

To forestall some questions:

After Slay won the Democratic primary in 2013 (this site endorse him in that contest), we looked at the divergence from racial composition of that vote. The mayor’s main opponent was Aldermanic President Lewis Reed, who is black. In short, the mayor’s strength was grounded in the city’s white southwest, where turnout was higher than the city average, and Slay dominated.

Much has been said, and assumed, about the role race in the primary contest between Aldermanic President Lewis Reed (who is black) and Mayor Francis Slay (who is white). Many assumptions were very safe. The mayor’s stronghold was southwest city where the 12th, 16th and 23rd wards are more than 90% white. Reed, although living in (and former alderman of) the city’s centrally located 6th Ward, was expected to receive a large majority of his votes from north city where the 1st, 4th, 21st, 22nd and 27th wards are more than 95% black.

In a city that is very nearly 50/50 white/black, the stage was potentially set for a very close and very divided vote. The starting point for the graphic below is the (admittedly very basic) mayoral primary if the vote split perfectly along racial lines. The question is then, where did each candidate exceed or fall short of this measure? When a ward is greater than 90% a single race, one would still expect a candidate of a different race to receive votes, and so any divergence isn’t particularly revelatory. Here’s how the final votes diverged from the racial composition of the ward. 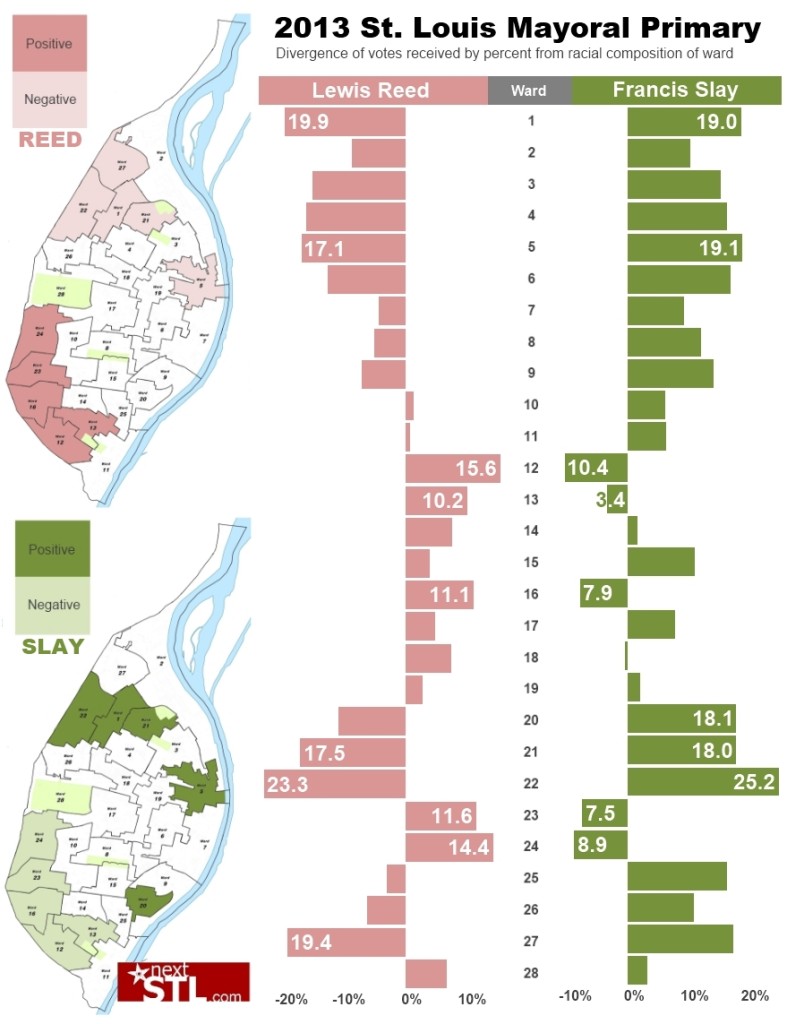