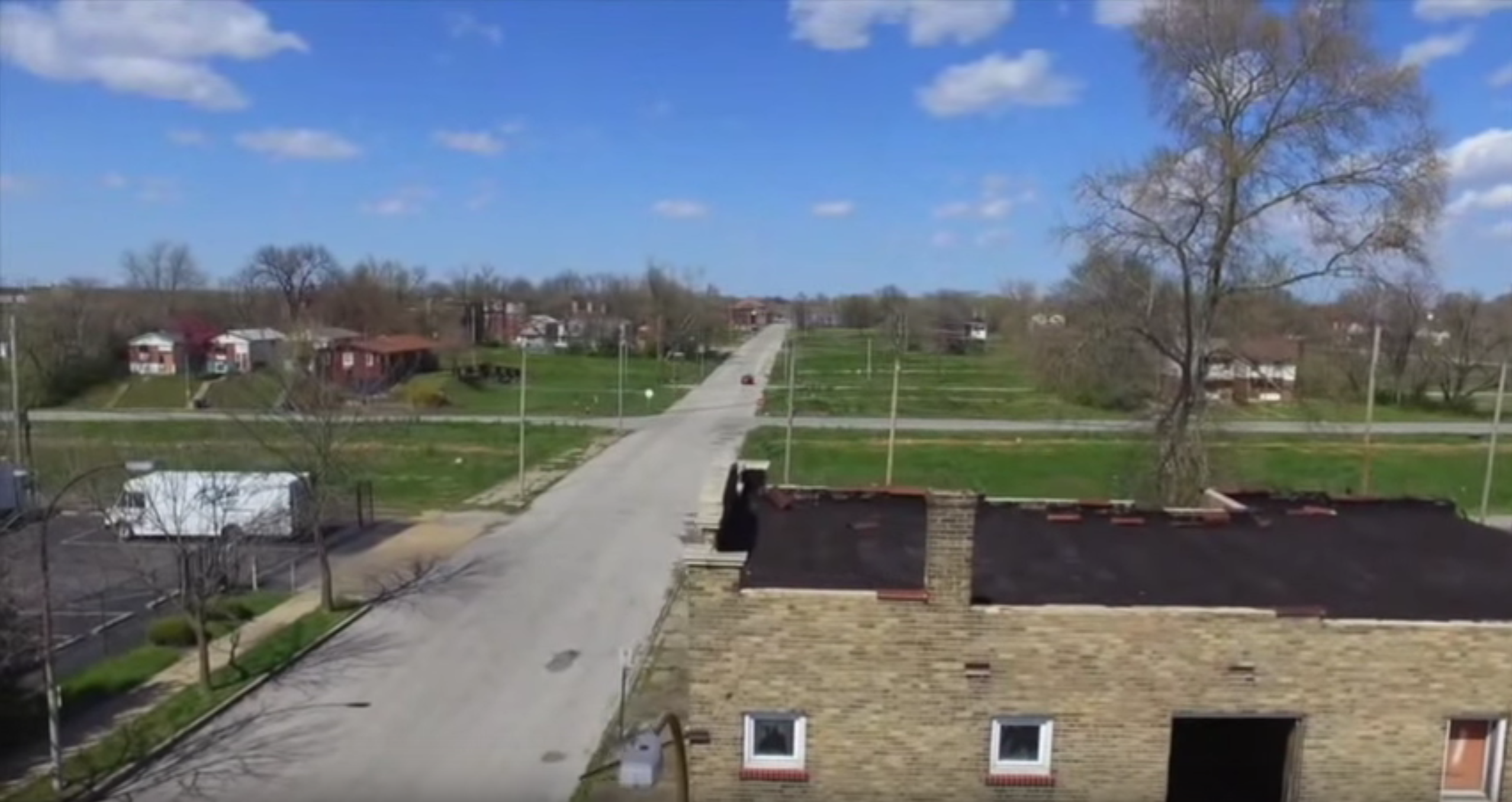 With the announcement that the National Geospatial Intelligence Agency is on its way to building a $1.75B headquarters in North St. Louis City, it’s time to imagine how that project will alter this urban, historic site. Though not far from downtown St. Louis, less than 2mi as the drone flies from the Gateway Arch, the area is largely unfamiliar to St. Louisans.

What brings many people, especially those likely to be reading this, to the area is the lack of things to see and do. The Pruitt-Igoe forest has become something of a destination. The area to the north is an urban prairie, and most recently in the news for the corn fields planted there.

The other thing missing in this area is crime. While some label all of north city as dangerous, this area is largely abandoned and crime is concentrated elsewhere. The drone footage by Matt Wyczalkowski shows the southern portion of the NGA site, including the Pruitt-Igoe forest, Buster Brown warehouse (which in theory could be moved) and some of the existing homes and businesses in the NGA footprint.

The city’s successful pitch to NGA included these conceptual images: 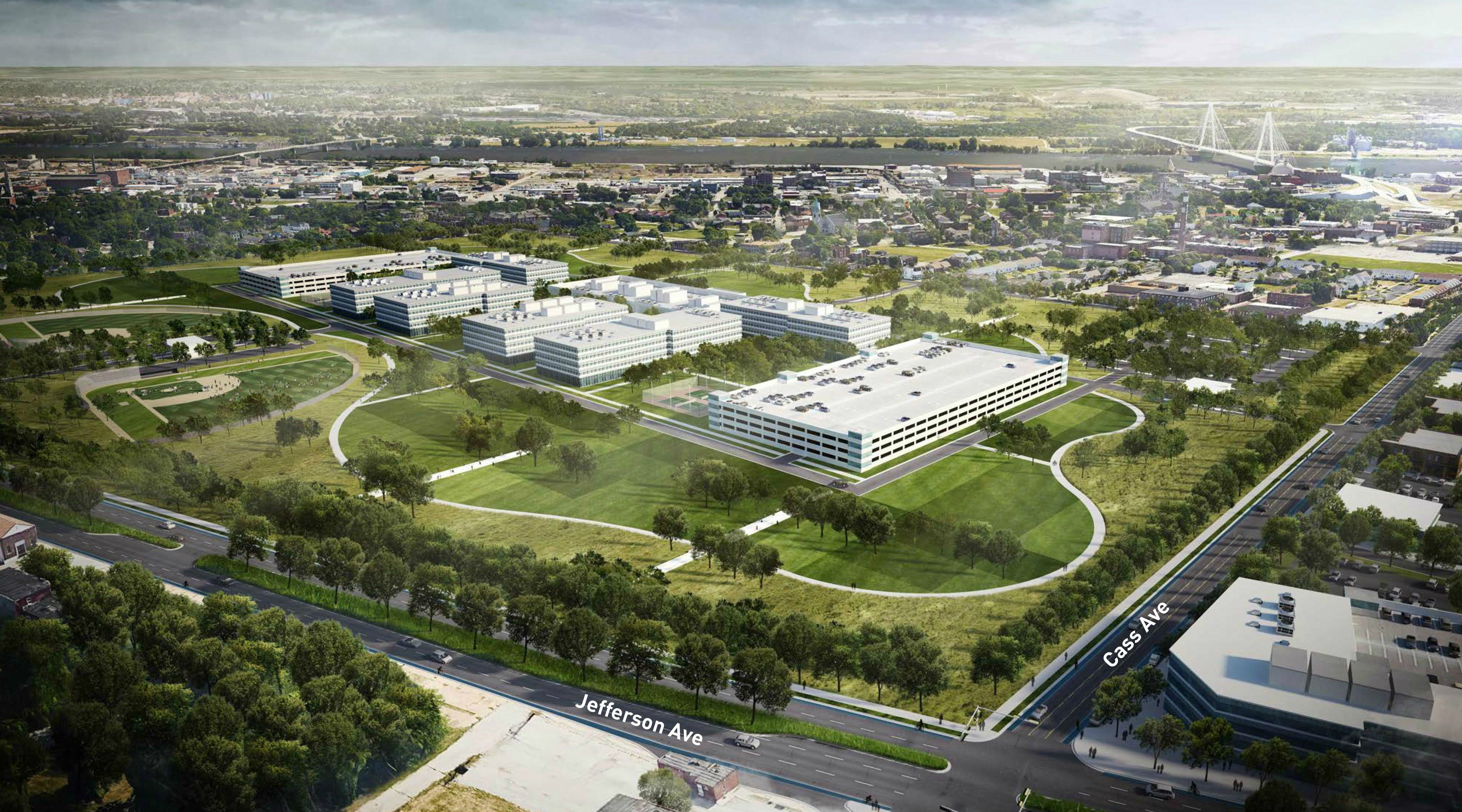 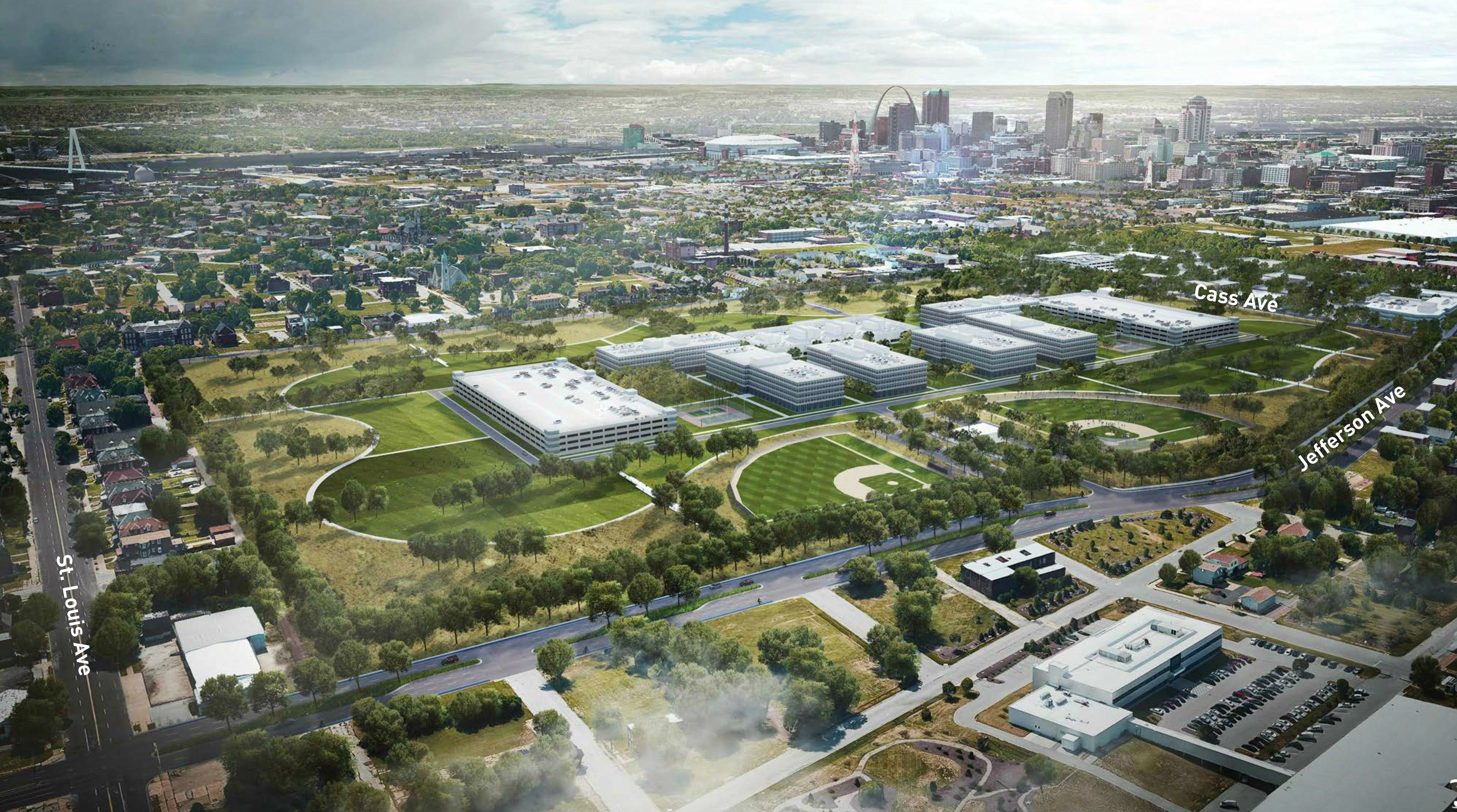 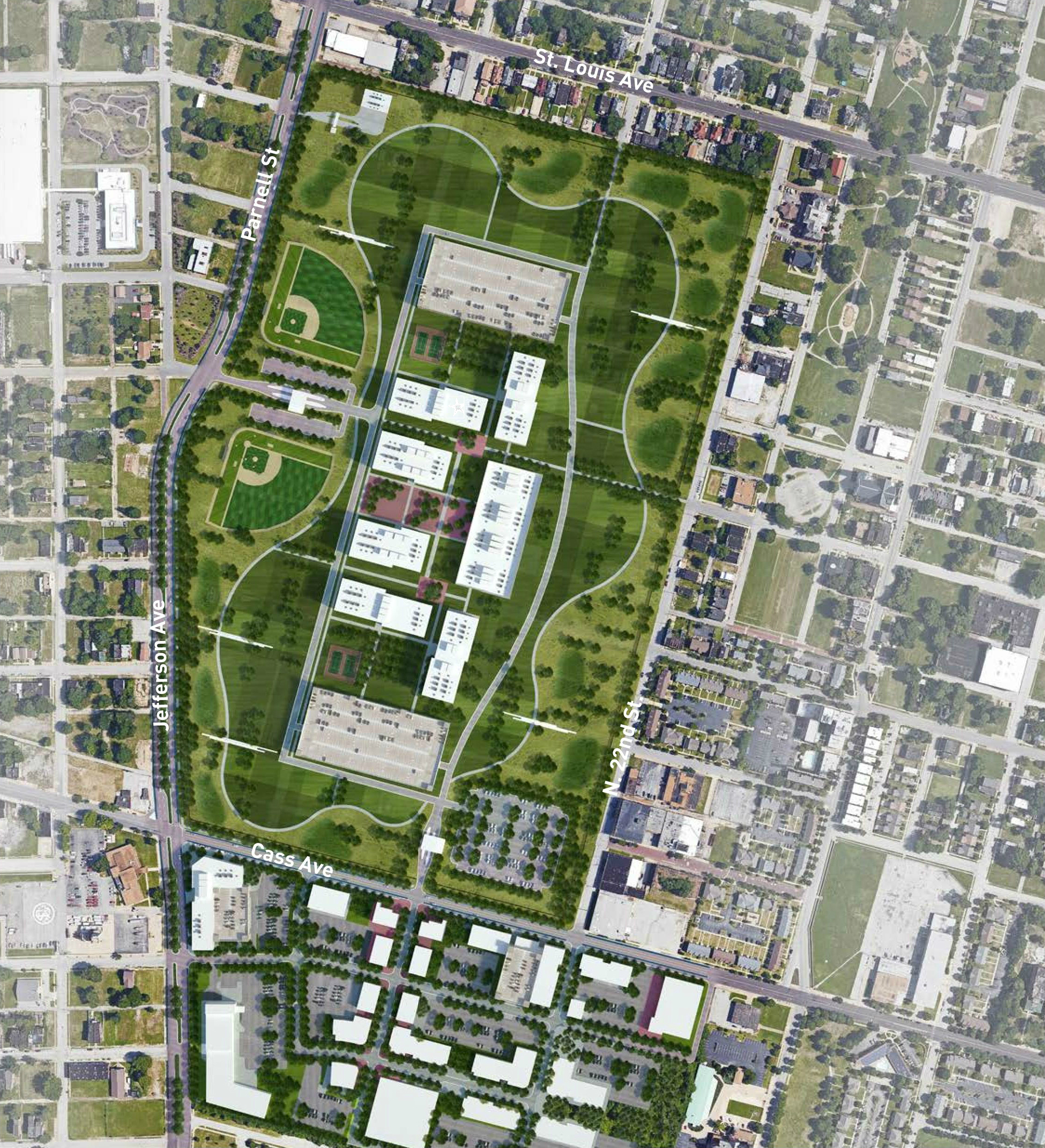 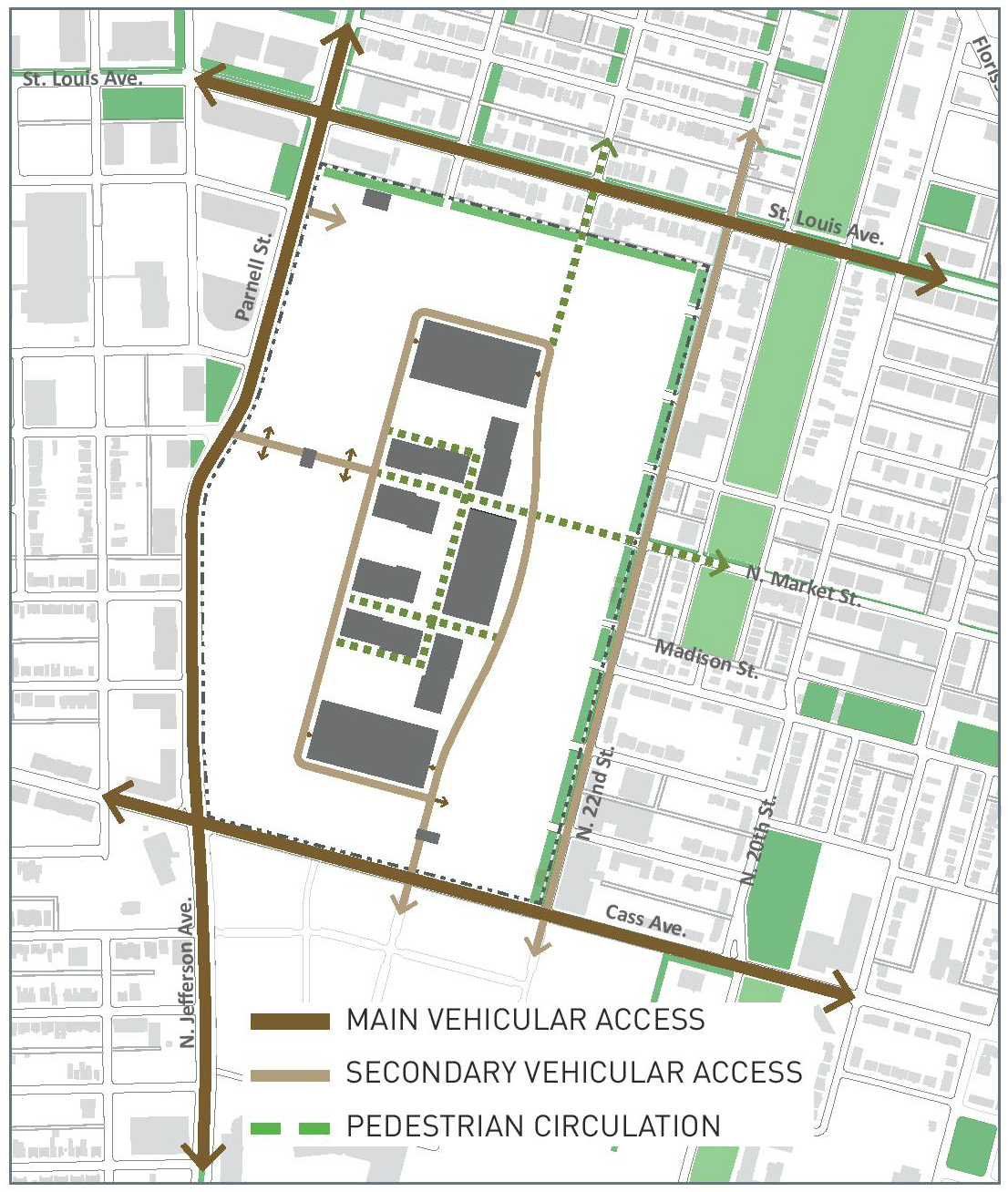 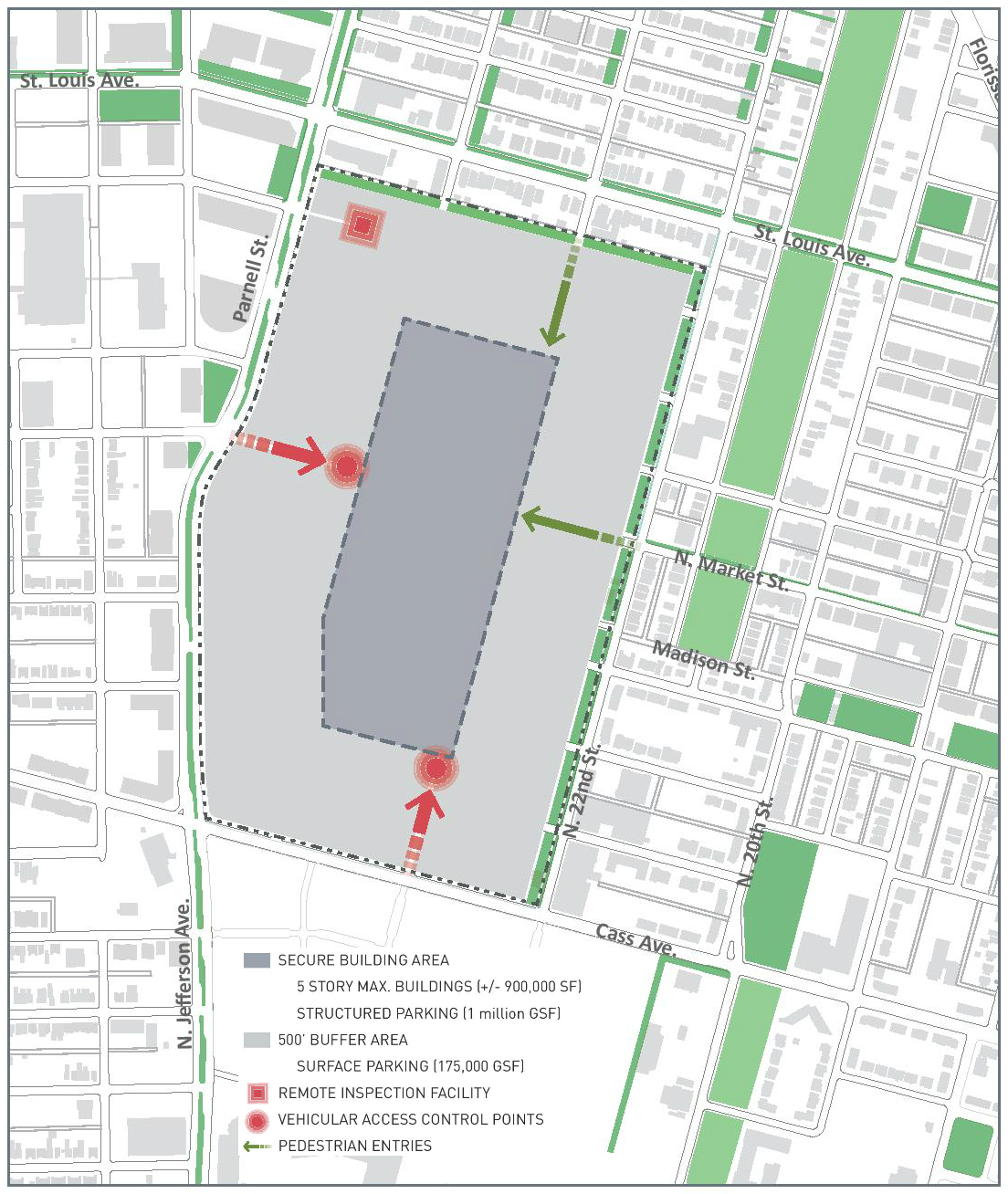