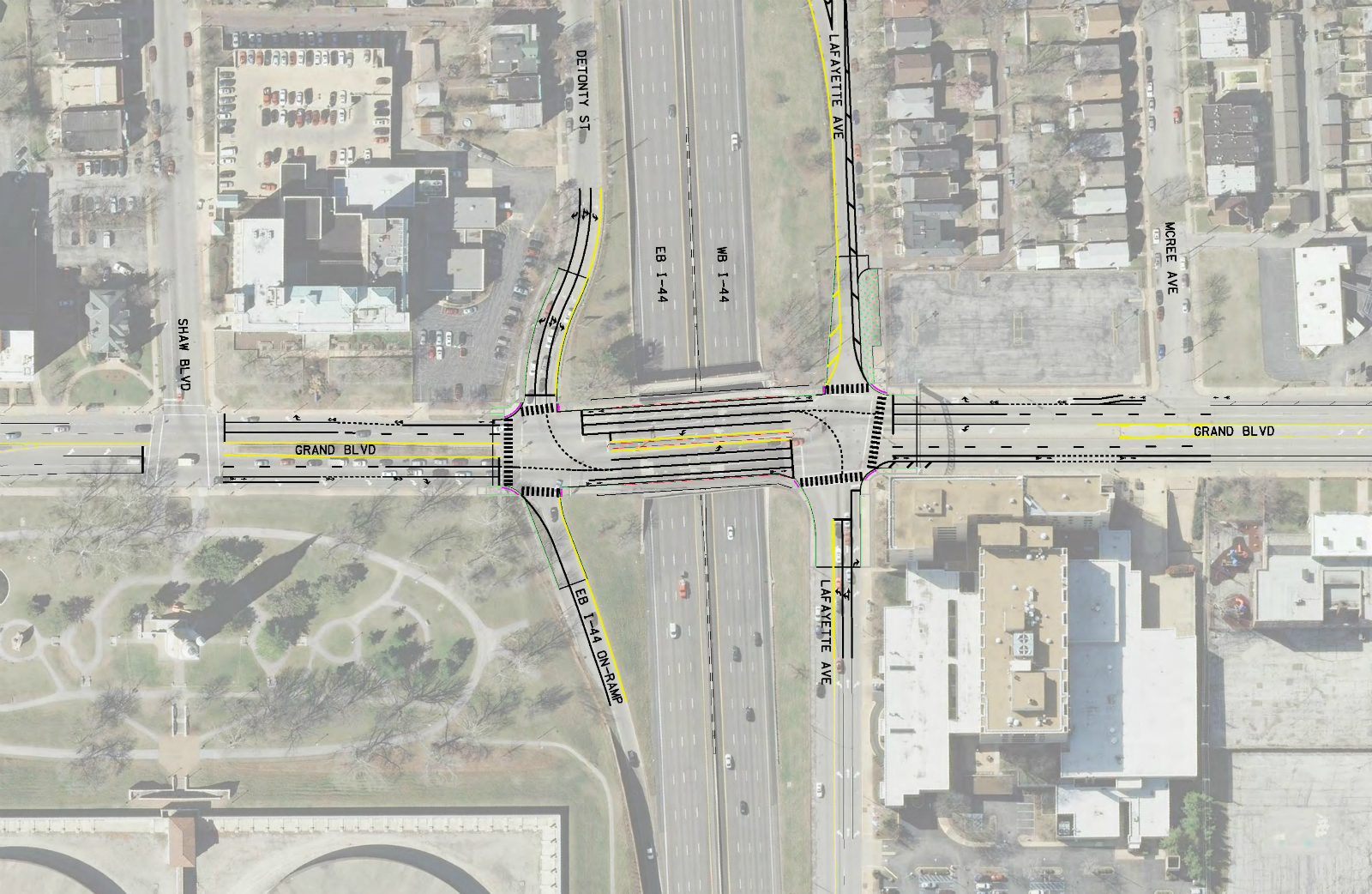 The Missouri Department of Transportation (MoDOT) is holding a public meeting tonight to discuss the replacement of the Grand Boulevard bridge over Interstate 44 near the Compton Heights reservoir and Saint Louis University Hospital. Construction is planned to begin in June of this year and be completed in phases with completion of driving lanes by the end of the year.

Plans for the replacement are clearly complete, but this is the opportunity to submit comments to MoDOT. So what are we looking at regarding this project? Pedestrian access during construction, bike lanes and at least basic pedestrian amenities upon completion. This is an inhospitable location for anyone not in a car (and really, people in cars too)

According to MoDOT images, pedestrian access would be maintained on at least one side of the bridge at all times during construction, though some turning movements for cars would be closed periodically. Upon completion, bike lanes, already in place north and south of the bridge, will be painted on the bridge itself. Currently only a northbound bike lane is painted. Grand isn’t a great cycling street, but the added lanes are needed. Pedestrian crosswalks get more visible piano key crossings. Today, the single white stripes are faded or absent.

The existing Grand Boulevard bridge at I-44: 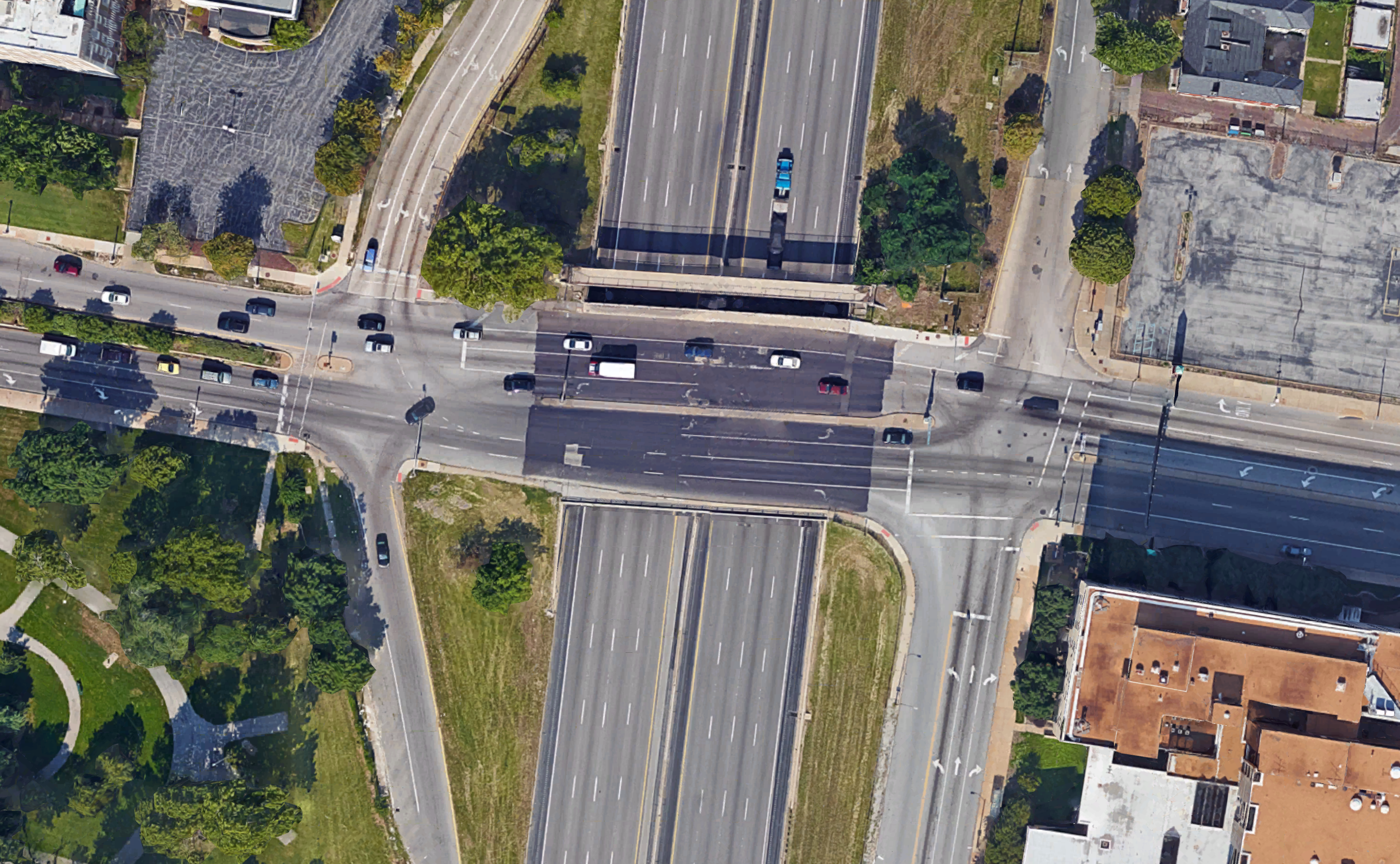 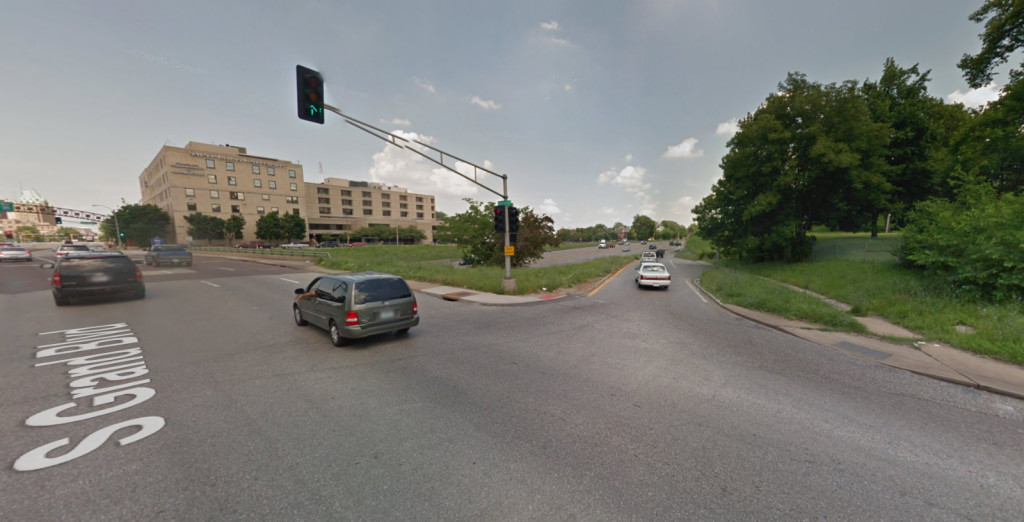 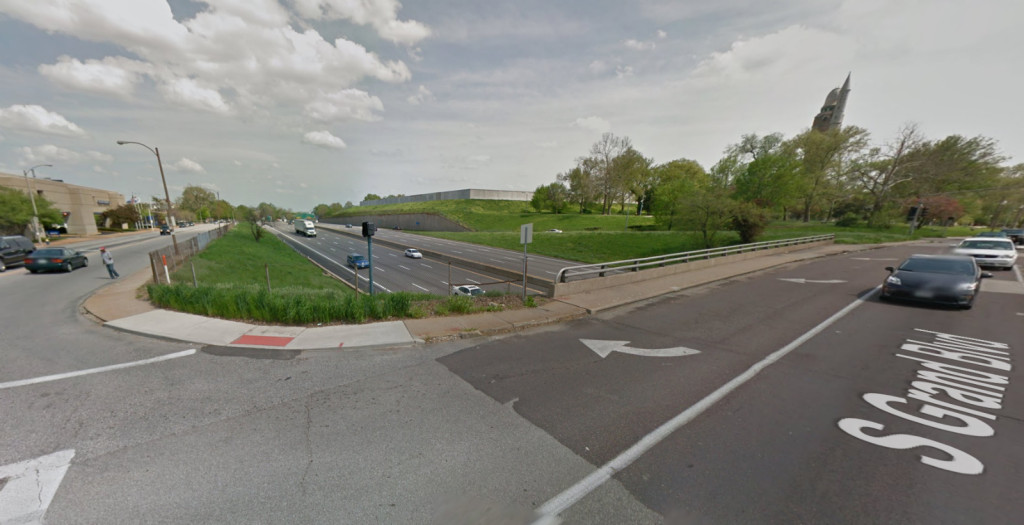 The information below is the same as is being shared at the public meeting. MoDOT will continue to take comments on the potential impacts of the project until Monday, March 21.

What is the situation?
The Grand bridge over I-44 in St. Louis City is old. Built in 1969, the bridge is one of a few remaining bridges along I-44 that are below the standard height for bridges over an interstate. The bridge is deteriorated and needs to be replaced.

What is the current plan?
This summer, MoDOT will remove, raise and replace the Grand bridge over I-44 in three stages.  Construction will start in June, with all driving lanes reopen by the end of the year.  Some work that doesn’t impact the driving lanes will be completed in spring 2017.

How will the bridge be replaced?
Construction starts in June.  Drivers can expect:
June-August: All traffic is moved to the northbound bridge. Drivers will have one southbound lane and two northbound lanes. They will not be able to make left turns onto the interstate, but will be able to make right turns – except for a two-week period yet to be determined. 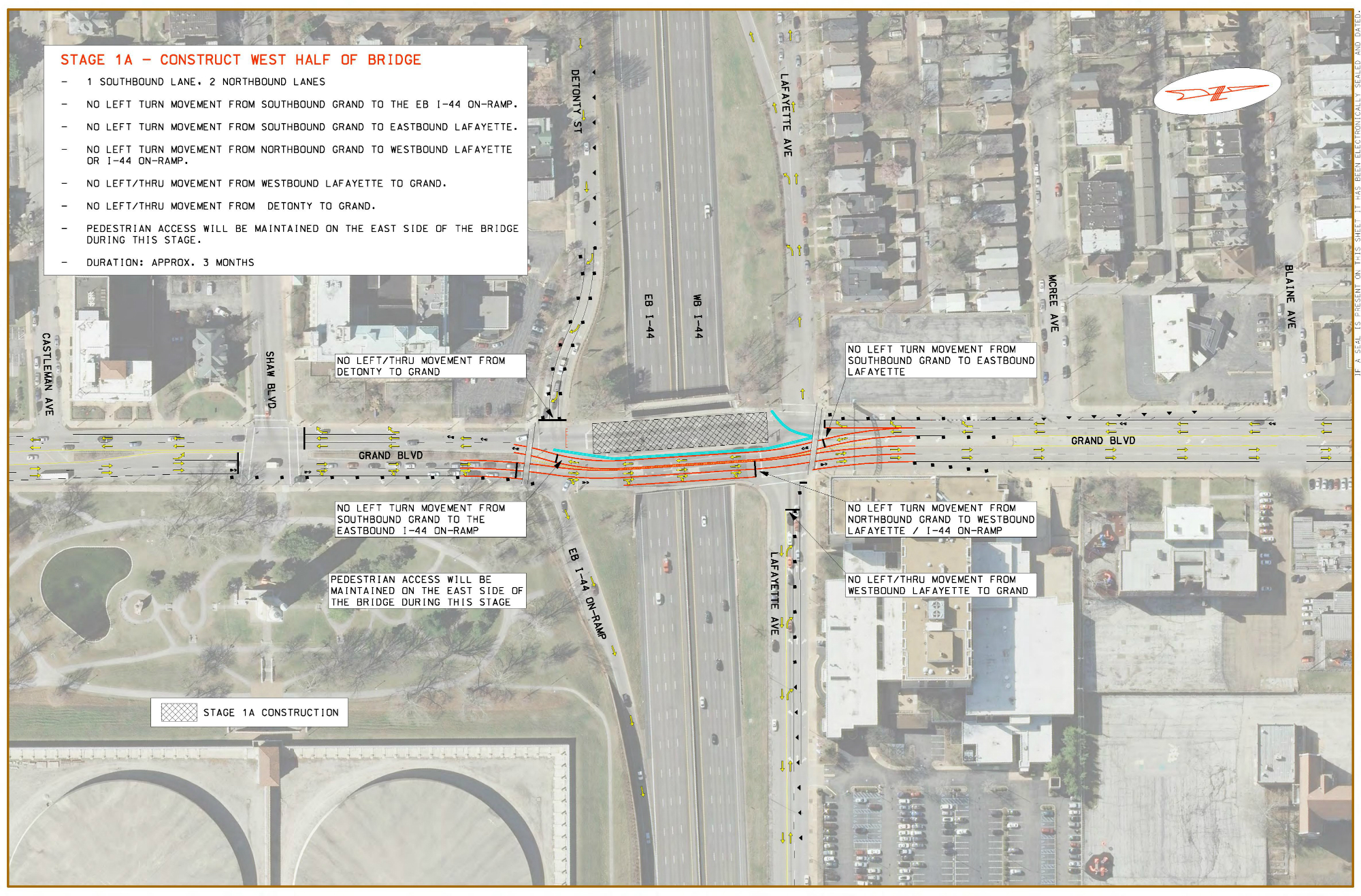 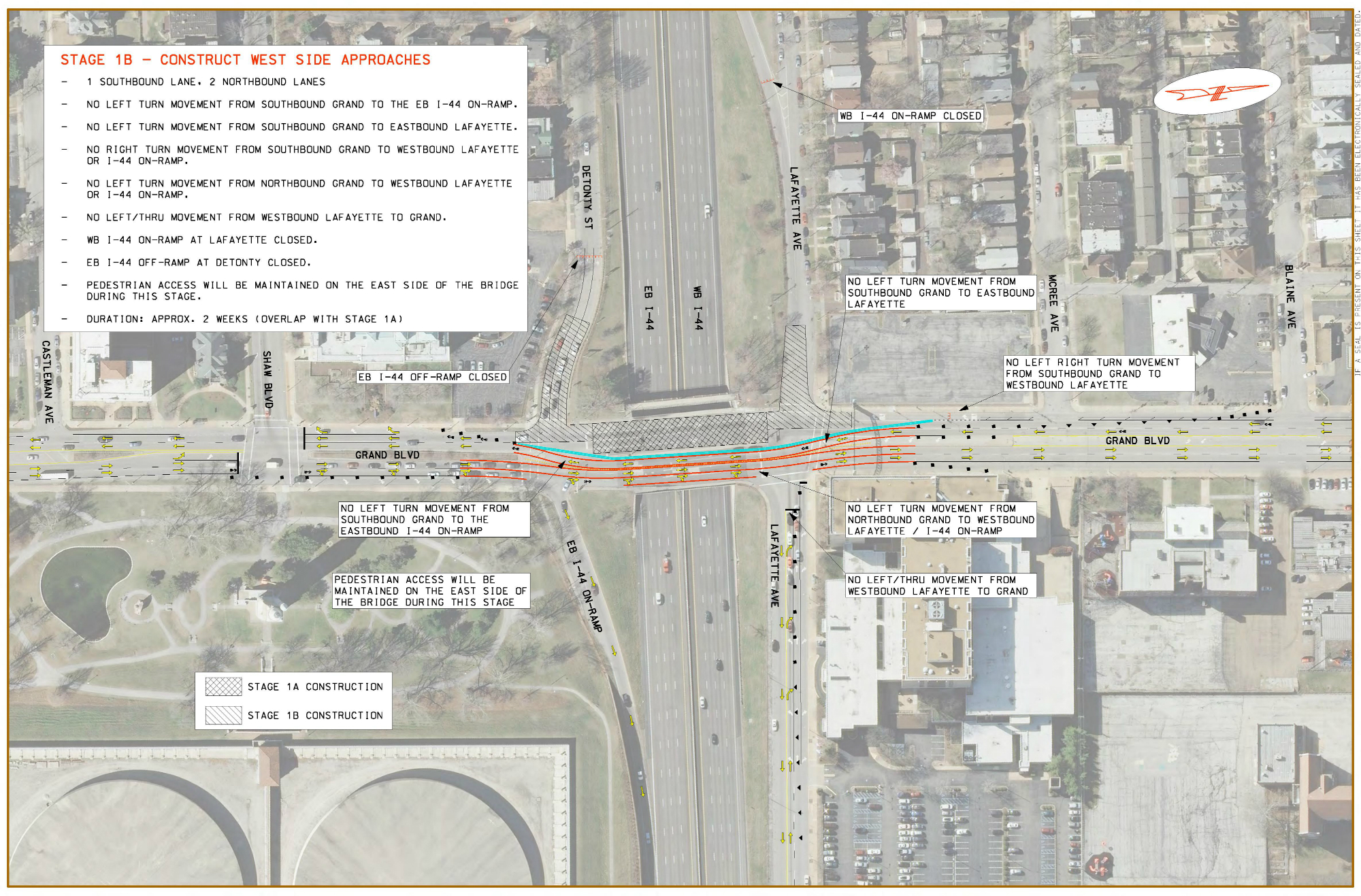 Late August-early September: Traffic is moved to the outside lanes so crews can work on the middle of the bridge for two weeks. Drivers will have one northbound and one southbound lane on the bridge. 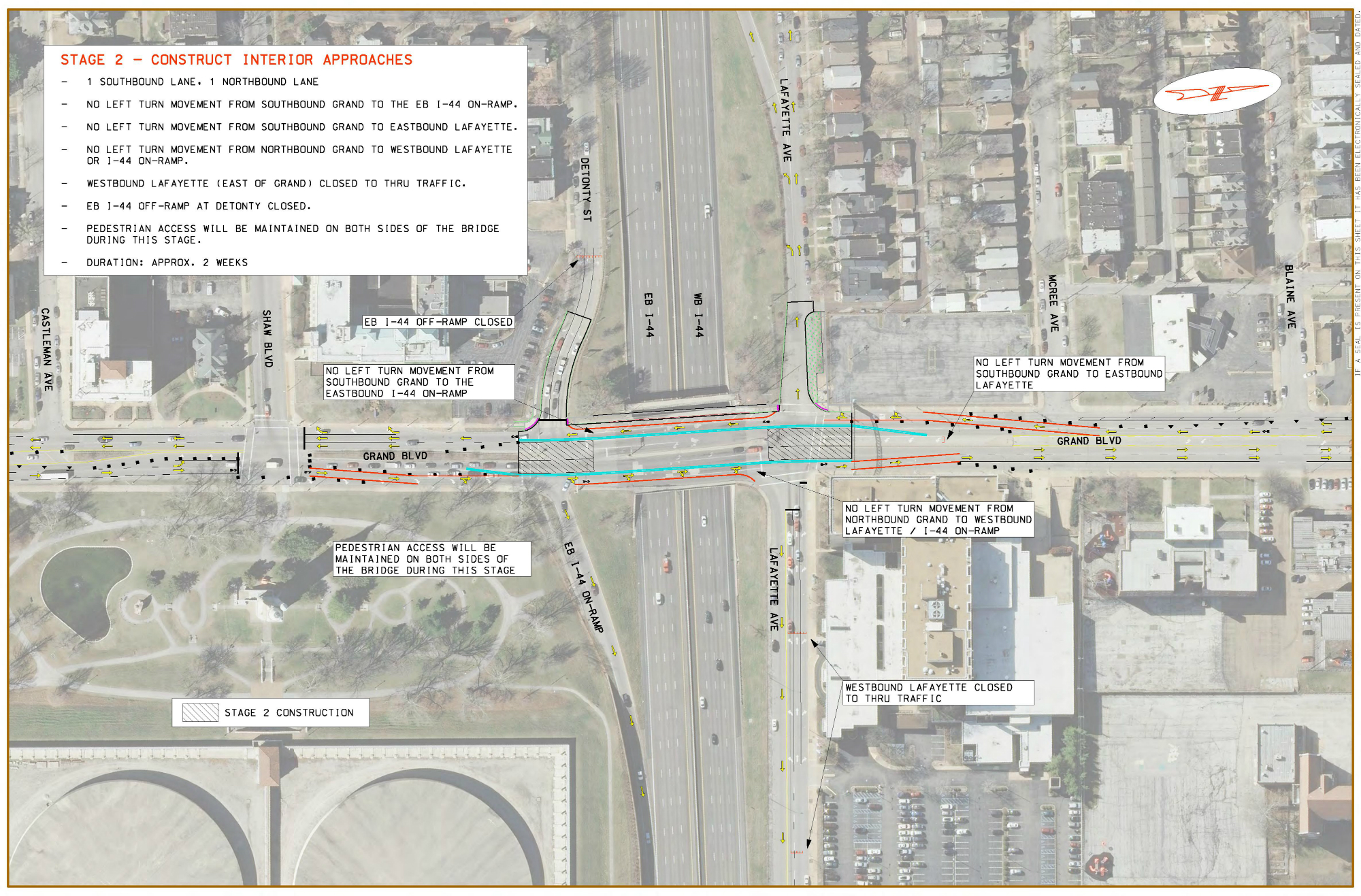 September – November: All traffic is moved to the new southbound bridge. Drivers will have one northbound lane and two southbound lanes. They will not be able to make left turns onto the interstate, but will be able to turn right, except for a two-week period yet to be determined. 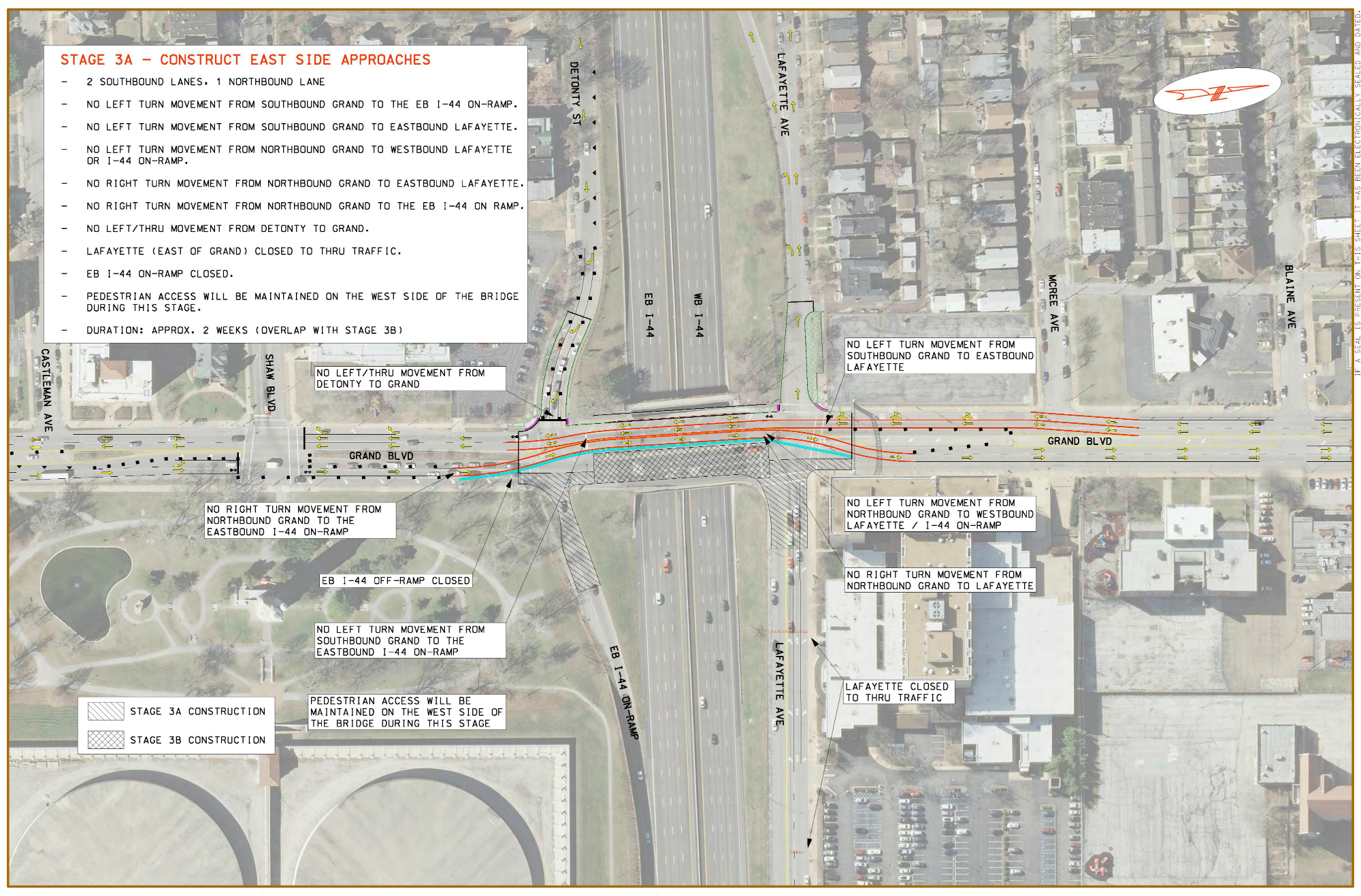 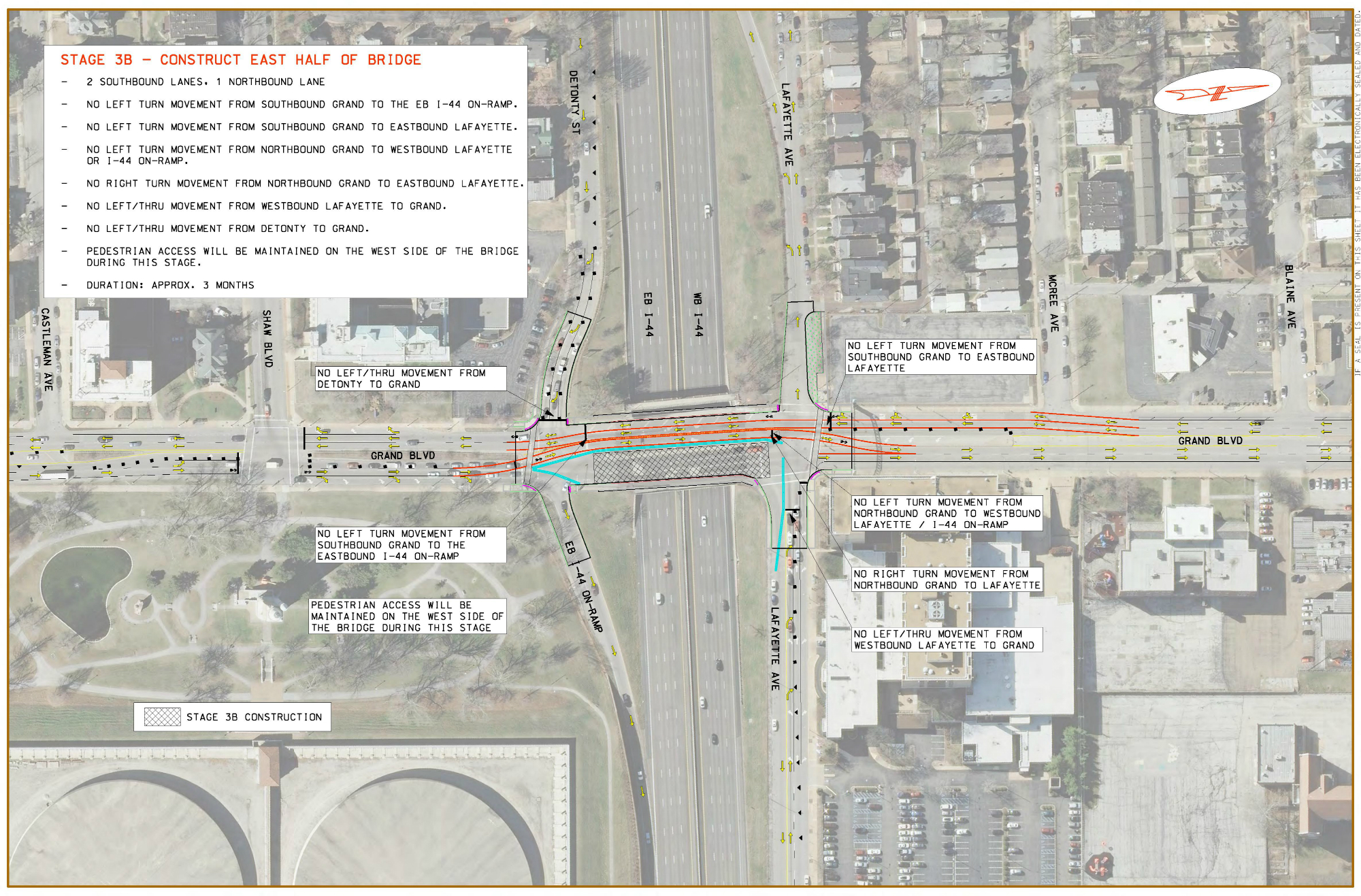 * All dates are weather dependent and subject to change.

What are the suggested detours?
To get onto the interstate, drivers should use Jefferson Avenue via Chouteau Avenue

Why is this work being done at the same time as the Kingshighway construction?
There are many bridges along I-44 which are reaching the end of their life span and need renovation or replacement. These bridges are safe, but need to have work completed on them to continue to allow vehicles to use them. With as many bridges on the interstate as there are, we cannot afford to only have one bridge on the corridor closed at a time for renovations or repair. As we plan and develop projects, we look at the overall impact of the roadway network, to include that caused by work being done on other surrounding roadways.  In this case, we believe the two bridges are far enough apart, and that, although there is an impact on the surrounding roadways, we need to allow the two projects to be completed at the same time.