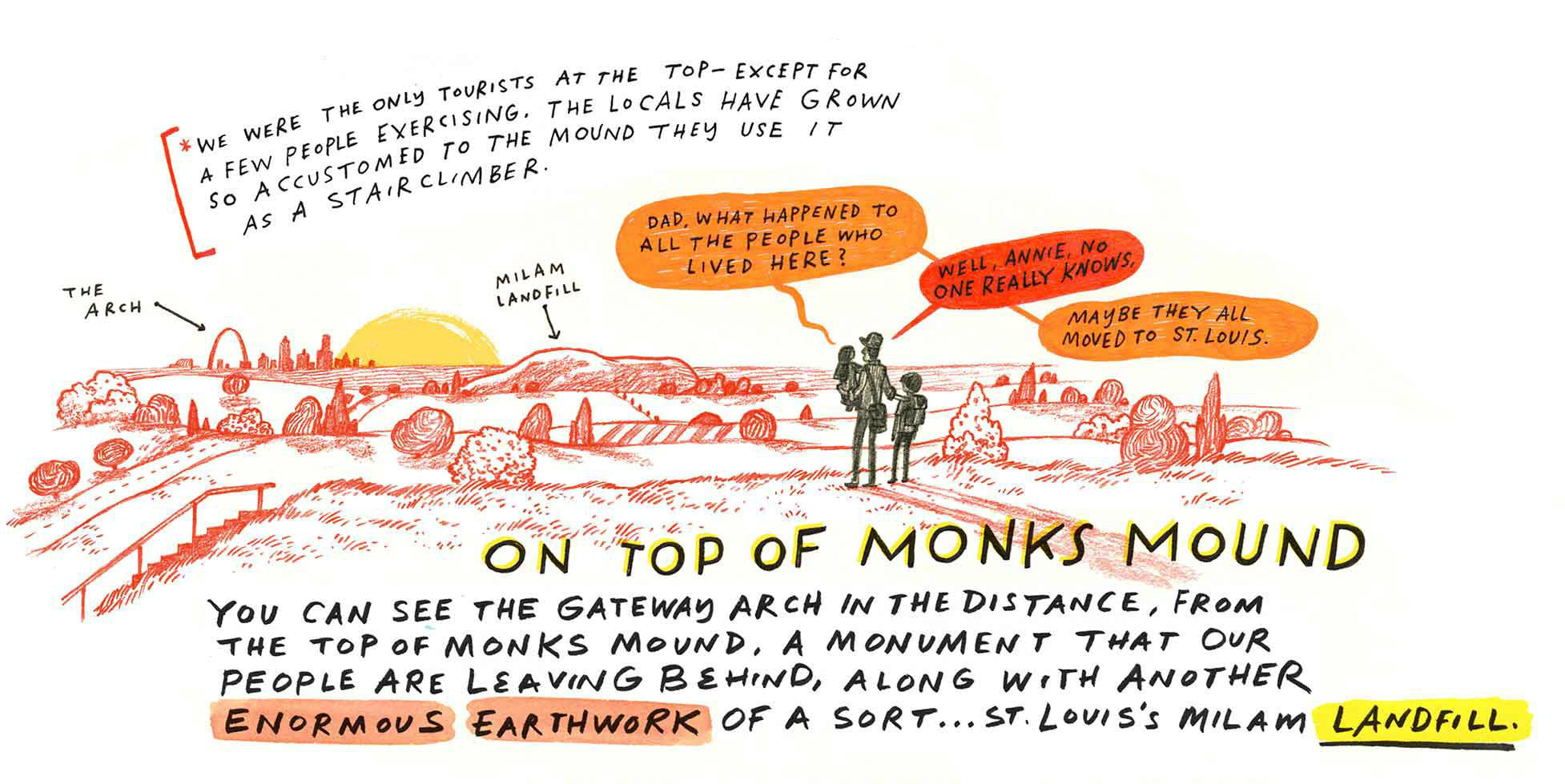 There are some great hidden gems in St. Louis, some incredible destinations that don’t seem to garner a lot of attention. However, there’s no place quite like Cahokia. The mismatch in worldwide cultural significance and local awareness and celebration is certainly greater than any other place.

I wrote in 2011, at a time the National Park Service was asked to consider Grant’s Farm as a possible National Park, that it’s a bit absurd that Cahokia wasn’t made a National Monument long ago. Historically, there’s nothing like Cahokia for thousands of miles in any direction on the North American continent.

We celebrate our beautiful natural spaces. We celebrate our European history, our own battles, significant landmarks in African American history, and dozens of Native American sites. Cahokia remains a rather obvious oversight. Today, Cahokia operates as an Illinois state historic site.

Cahokia is the largest pre-Columbian archaeological site north of Mexico. It’s historical and cultural importance to North America parallels that of Cambodia’s Angor Wat, Greece’s Parthenon, and Egypt’s pyramids. In a part of the country where the National Park Service recognizes the importance of Thomas Jefferson, Lewis & Clark, Ulysses S. Grant, scenic byways and other places, Cahokia needs greater protection and recognition.

The image below was produced by author and illustrator John Hendrix, for Muse, an occasional visual presentation of a discovery, adventure or escape presented in The New York Times. John is from St. Louis and is an associate professor of design and illustration at Washington University in St. Louis. Located in Collinsville, Illinois near the city of St. Louis, this largest pre-Columbian settlement north of Mexico is the pre-eminent example of a cultural, religious, and economic centre of the Mississippian culture (800–1350), which extended throughout the Mississippi Valley and the south-eastern United States. This agricultural society may have had a population of 10,000–20,000 at its peak between 1050 and 1150, which was equivalent to the population of many European cities at that time. It once covered more than 1,600 hectares and included some 120 mounds.

Cahokia Mounds State Historic Site includes 51 platform, ridgetop, and conical mounds; residential, public, and specialized activity areas; and a section of reconstructed palisade, all of which together defined the limits and internal symmetry of the settlement. Dominating the community was Monks Mound, the largest prehistoric earthen structure in the New World. Constructed in fourteen stages, it covers six hectares and rises in four terraces to a height of 30 meters. The mounds served variously as construction foundations for public buildings and as funerary tumuli. There was also an astronomical observatory (“Woodhenge”), consisting of a circle of wooden posts. Extensive professional excavations have produced evidence of construction methods and the social activities of which the structures are further testimony.

Dating from the Mississippian period (800–1350 at this site), Cahokia Mounds is the largest pre-Columbian archaeological site north of Mexico; it is also the earliest of the large Mississippian settlements. It is the pre-eminent example of a cultural, religious, and economic center of the prehistoric Mississippian cultural tradition. Cahokia graphically demonstrates the existence of a pre-urban society in which a powerful political and economic hierarchy was responsible for the organization of labor, communal agriculture, and trade. This is reflected in the size and layout of the settlement and the nature and structure of the public and private buildings.