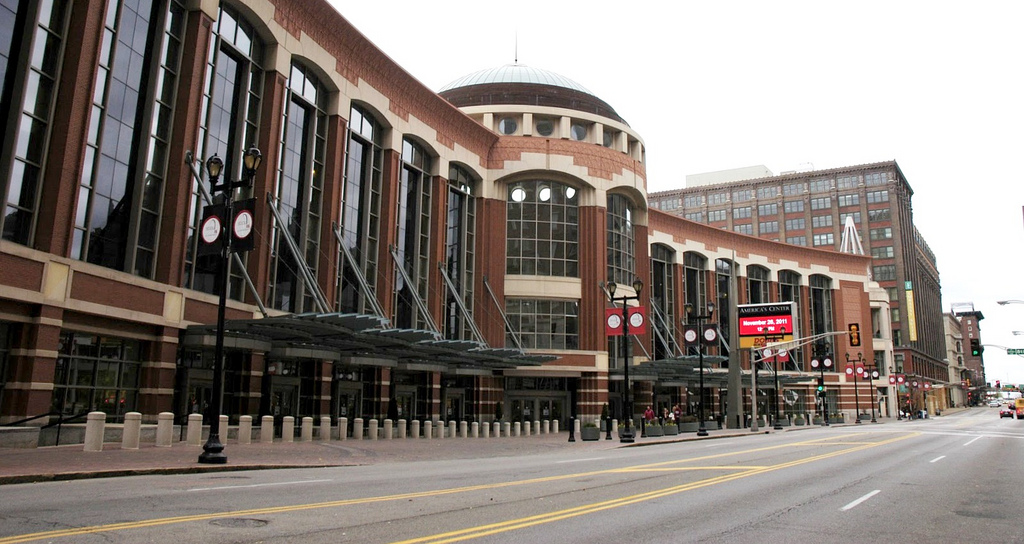 Today, a consulting report completed for the St. louis Convention and Visitors Commission was made public by David Hunn at the St. Louis Post-Dispatch. The report is embedded below. In short, the plan suggests a significant investment in the region’s largest convention center to compete with peer cities, and predicts declining use and revenue without renovation and expansion. nextSTL reported on early plans to expand the center’s ballroom in 2014.

With the NFL Rams no longer occupying the dome connected to the convention center, the opportunity exists to increase the complex’s convention business. It is estimated that 10 new conventions and trade shows with 245,000 attendees could be added with the expanded availability and expansion.

Convention centers typically operate at a loss. Communities fund them in order to support hotels, restaurants, airports, and other businesses. The $3.2M annual deficit noted for St. Louis is reportedly less than many peer cities. The study claims the proposed investment could lower this deficit.

The report also gives a quick outline of funding options. Additional revenue could be sought from a new taxing district or added hotel and car rental taxes (though St. Louis already has near the highest hotel tax in the nation). Funding through existing taxes with increased sales from added convention center use could also finance the investment. This is what has reportedly worked in Indianapolis, Austin, and Seattle.