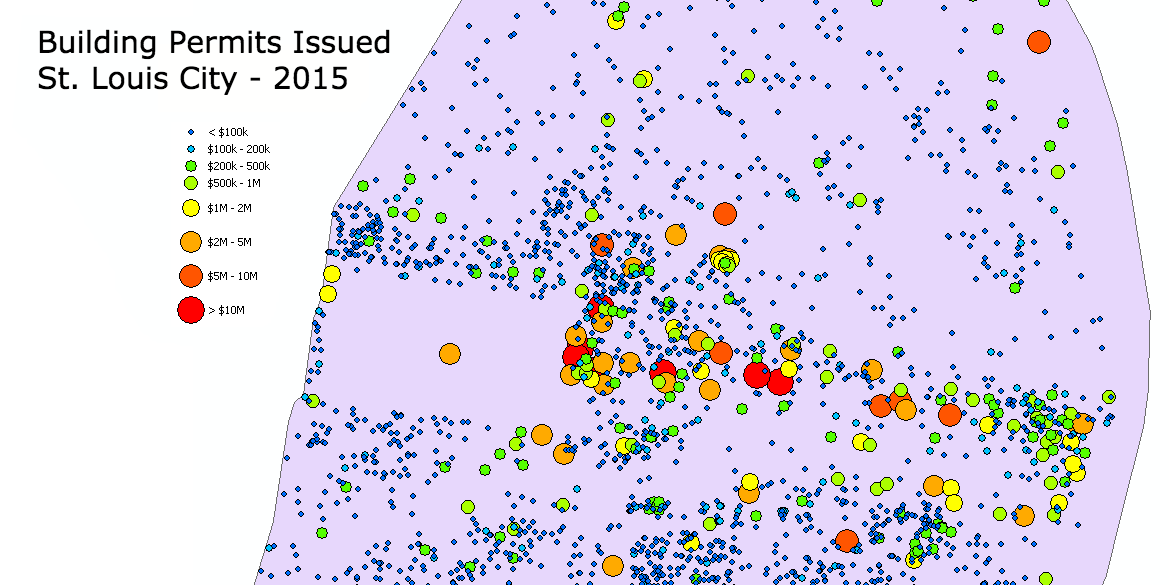 Note: It would help our understanding of regional development to have a map of St. Louis County (and others). However, building permits are handled by municipalities and the hyper-fragmentation of the county and the lack of capacity and aversion to transparency it promotes makes compiling the data a significant research task. The US Census reports there were permits for 1,062 new privately-owned housing-units in 2014 in St. Louis County with a construction cost of $348M (Keep in mind this is only part of the story since it’s just new residential).