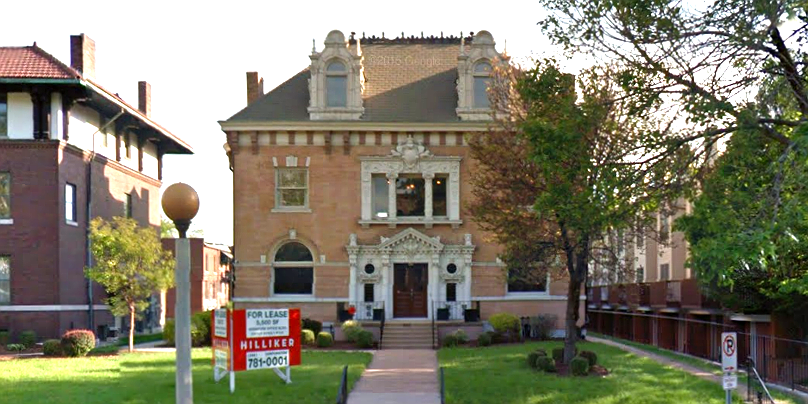 nextSTL has learned that the Riverfront Times plans to move from its longtime home in the Delmar Loop to the Central West End. The RFT is finalizing details on a lease at 4512 West Pine, a 5,500 sf 1896 mansion converted to office space, and most recently occupied by the Show Me Institute. The RFT occupies approximately 7,500 sf at 6358 Delmar Boulevard in University City.

Reached for comment, Riverfront Times Editor-in-Chief Sarah Fenske characterized the move as part of a reset at the paper. “We want to show St. Louis that this is a different RFT. There’s a new vision for the paper,” Fenske stated, adding that the city location is meaningful as well. “The City of St. Louis is our bread and butter and we should be in the middle of that.”

The RFT was founded in 1977 by Ray Hartman, who owned the publication until 1998 when he sold to New Times Media, which was later to become Village Voice Media. In 2012 Village Voice Media executives formed Voice Media Group and purchased the RFT and other media properties from the previous owners.

In 2015 Euclid Media Group out of Cleveland bought the RFT. It now owns the Cleveland Scene, Detroit Metro Times, Orlando Weekly, San Antonio Current, and OutInSA, in addition to the RFT. Following its purchase, EMG announced that Fenske, a former RFT managing editor, would become the new editor-in-chief.

Since the EMG purchase, changes have been swift. The website got a needed overhaul, and the paper seems to have returned a bit toward its alt-news roots. There are still the listicles and some click-bait (and art and music reviews, etc.) for sure, but also real, needed journalism in recent features “Can KDHX Weather the Storm?”, “The Man Who Built St. Louis Nightlife”, and “The Curious Case of Dojo Pizza”, among others. But the print edition has seen the biggest change. A renewed focus on print has produced a taller, slightly narrower, larger print, larger photos, full color publication. Perhaps more importantly, the number of pages with news and images is way up, from 28 to 52 in first redesigned issue, according to the RFT.

This past week the Post-Dispatch reported that former RFT editor-in-chief Tom Finkel is no longer at the helm of the Village Voice. He made the move there in 2013 when both papers were owned by VMG, after a decade leading the RFT. Chad Garrison followed Finkel, leaving early last year.

A Cleveland native, Fenske had left St. Louis to serve as editor-in-chief of L.A. Weekly. She returned to St. Louis to become the director of digital content for Feast Magazine, a effort by Lee Enterprises and the Post-Dispatch, before returning to the RFT. It’s expected that Fenske will bring stability to the media outlet which has seen talent come and go quickly. In May the RFT lost managing editor Jessica Lussenhop when she departed to become a senior writer at BBC News Magazine. Like many media organizations, the RFT has increasingly focused on its digital presence. It reports 3,654,291 pageviews and 1,427,870 unique visitors each month. A year ago the RFT was estimated to have 29 employees, down from a reported 65 when it was sold in 1998. Today there are nearly 20.

The RFT is currently located at 6358 Delmar Boulevard in University City. The Show Me Institute is now located at 5297 Washington Place, in a building owned by Rex Sinquefield since 2007. Sinquefield founded and is a significant funder of the Show Me Institute, as well the Chess Club and Scholastic Center of Saint Louis, and the World Chess Hall of Fame, both in the Central West End.