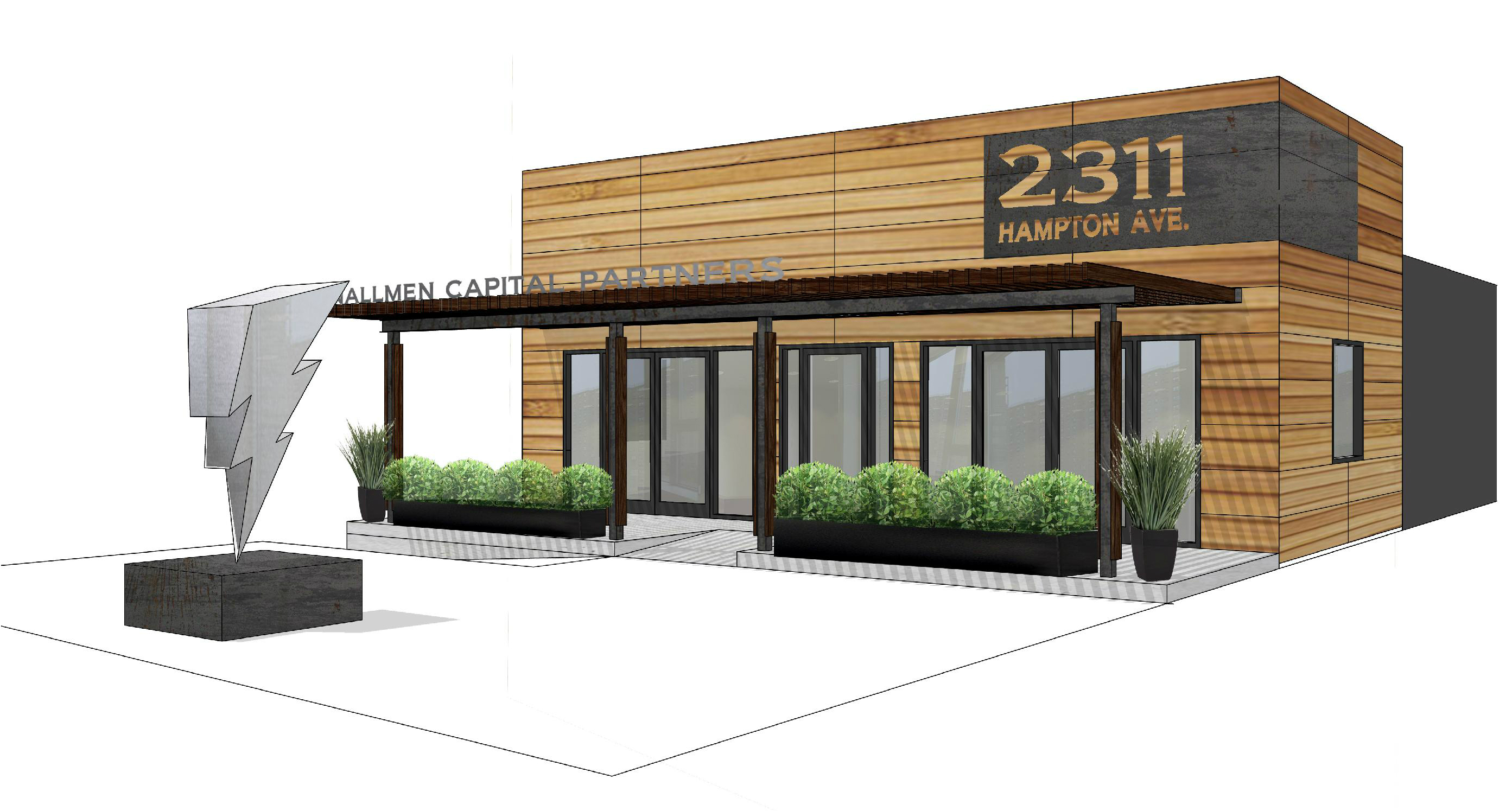 The inventory of forgettable buildings in St. Louis is vast. What will become of them is an open question. Some will be torn down, some will limp along, and some will be reinvented. 2311 Hampton has had several lives. It will soon be the office of VonAllmen Capital Partners, currently located at 308 N. 21st Street in downtown St. Louis.

The 3,000 sf building has been redesigned by Remiger Design, which recently put its touch on plans for the Engineers’ Club of St. Louis in the Central West End. Pernikoff Construction Company is managing the Hampton project. An October 2015 permit was issued for $250K in improvements. VCP purchased the building for an undisclosed amount. The previous tenant, Thunderbolt Marketing, placed the lightening bolt in front, which may remain.