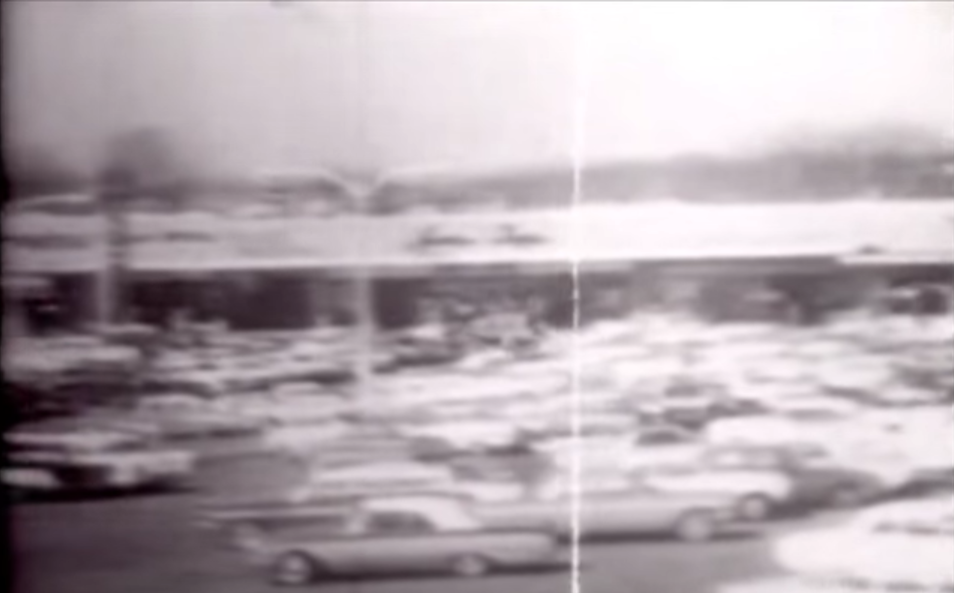 The hallowing out of urban St. Louis. We knew it was coming half a century ago. Solutions to the challenge were proposed. St. Louis knew it was competing with other cities, including Pittsburgh, Atlanta, and Baltimore. While grand ideas of remaking transportation in the historic American city and accommodating hundreds of thousands of new drivers, were proposed, the problem was being addressed by individual decisions and public policy. St. Louis sprawled.

“Why go downtown at all?” Was a question asked in 1965 St. Louis, and it many ways one that is still asked today. Whether people in this region of 2.8M residents go downtown drives public policy and planning around the Gateway Arch, new Mississippi River Bridge, and of course a possible new football stadium.

Fifty years on, was the premise presented in this video prophetic, or has it been proven false to a large degree? The city lost more than 60% of its residents, and likely not a dissimilar percent of its businesses and jobs. The region has plodded along. Many of the area’s suburbs are economically successful.

We continue to talk about rapid transit expansion (a new MetroLink line), and urban transit in the form of streetcars and buses. We continue to preach the necessity of a strong urban core. We continue to complain about traffic and parking. What’s been learned, what’s changed in half a century?

Why are we still asking “Why go downtown at all”?

[Narrator]
One radical solution to the problem of rush hour congestion and downtown parking was long ago thought of and acted upon by millions of Americans in big cities all across the nation.
“Who needs to go downtown at all?”

All around the periphery of St. Louis in the Missouri and Illinois counties served by the Bi-State Development Agency there is an ever-widening ring of business establishments and professional offices designed to meet the specifications of the automobile age, drive-in theaters drive-in restaurants, drive-in hotels, drive-in banks.

And dominating the suburban landscape throughout the drive-in belt around St. Louis are the great shopping centers that offer the suburbanite every variety of merchandise and professional service he might reasonably want. Plus acres and acres of free parking, all without having to drive more than two or three miles from home.

With all its convenience, and what’s more to the point, with all its free parking space available and the ever-widening suburban belt, the modern metropolitan area resident is constrained to repeat the question,

[Woman standing at her car]
“Why go downtown at all?”

[Narrator]
On the surface at least, this question seems to suggest a realistic and sensible solution to the problem of all-day parking and rush hour traffic in the central business district of any big city. Why go downtown at all? Why, indeed.

Just the same, many of us will have the uneasy feeling that this solution is almost too easy, that there’s a hint of danger in it, the threat perhaps of some kind of social disorganization on an enormous scale.

The suburbs surround what we have long thought of as the central city, the core area, but what will happen to the surrounding belt of suburbs if this core simply disintegrates and then
vanishes? Could the suburban belt just go on expanding forever leaving a bigger and bigger circle of nothing much in the middle, a bigger and bigger hole in the doughnut?

In scores of American cities, including St. Louis, this is exactly what began happening with the coming of the great automobile age after World War I.

In the beginning it was just a matter of going out where the living was greener, a little more spacious, a matter of opening up new residential areas in the comparative peace and quiet of the suburbs, but as wealth moved out of the city, urban blight moved in, usually right downtown on the fringes of the core area business district because that’s where the oldest houses and tenements were, the buildings that traditionally produced the least in tax revenues and cost the most in tax supported services like police protection fire protection and public health service.

This spreading cancer of urban blight, this rot in the core of the city, accelerated the flight to the outlying residential areas, and this in turn generated the great commuting cycle of people having to travel greater and greater distances each day to get what they went to the suburbs for in the first place.