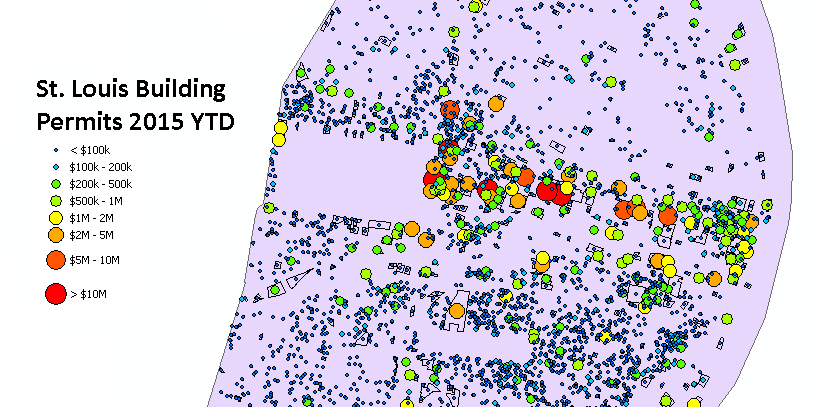 While big new construction announcements have been grabbing most of the headlines (and the numbers are big) at nextSTL lately, the latest numbers show that 2015 is set to be a banner year for small scale development. Much of the city was built in a fine-grained development pattern, and most before the advent of the personal automobile. Granularity is an important feature of strong neighborhoods and cities. The permit numbers indicate these buildings are seeing new life.

There’s good news on several fronts, but the eye-popping number lies in the St. Louis City multi-family rehab count. Permits are on pace to surpass last year’s 4084 housing units by 75% and 2013’s 2,992 by 140%. Through November there have been permits for 6,588 units. According to the US Census there are 92,587 housing units in multi-family buildings. Huge sums are being invested in St. Louis’ existing housing stock. 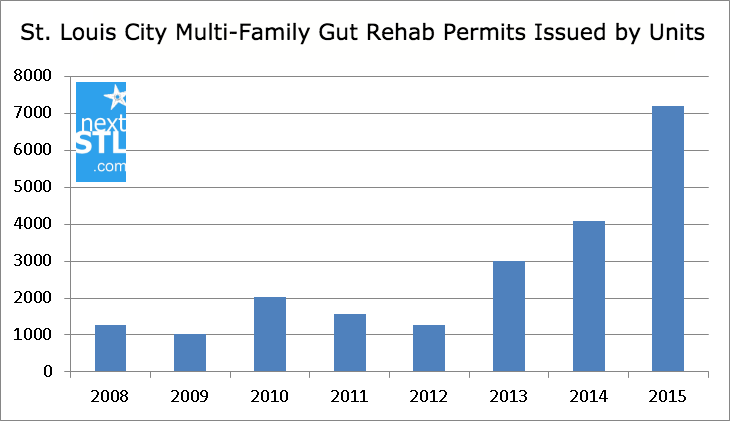 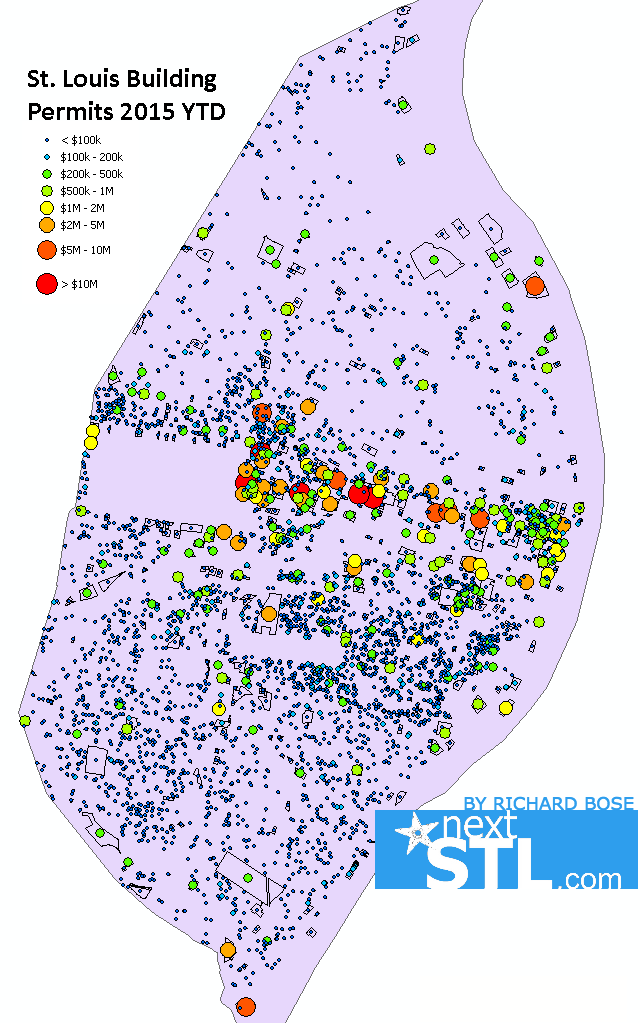 The Home Builders Association of St. Louis and Eastern Missouri (STLHBA) compiles building permit data for single-family and multi-family housing construction and publishes the data each month. For the City of St. Louis it also tracks significant rehab activity by total units. They define significant rehab as projects with a construction value of a minimum of $30,000. Another important caveat is that all the units of a building are counted. So if for example a 12-unit building has >$30,000 in masonry work, 12 units are counted. 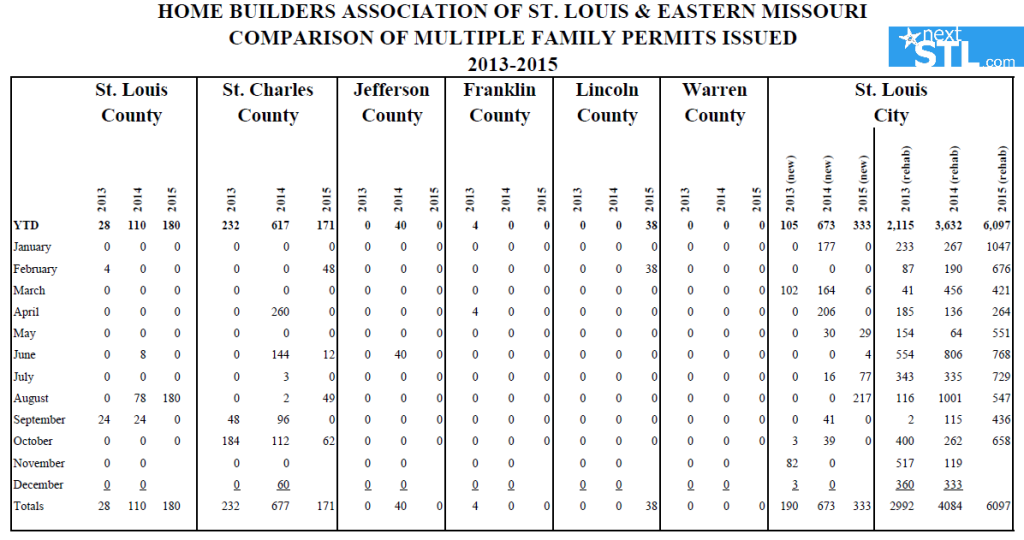 Single-family permits are outpacing last year in every county. 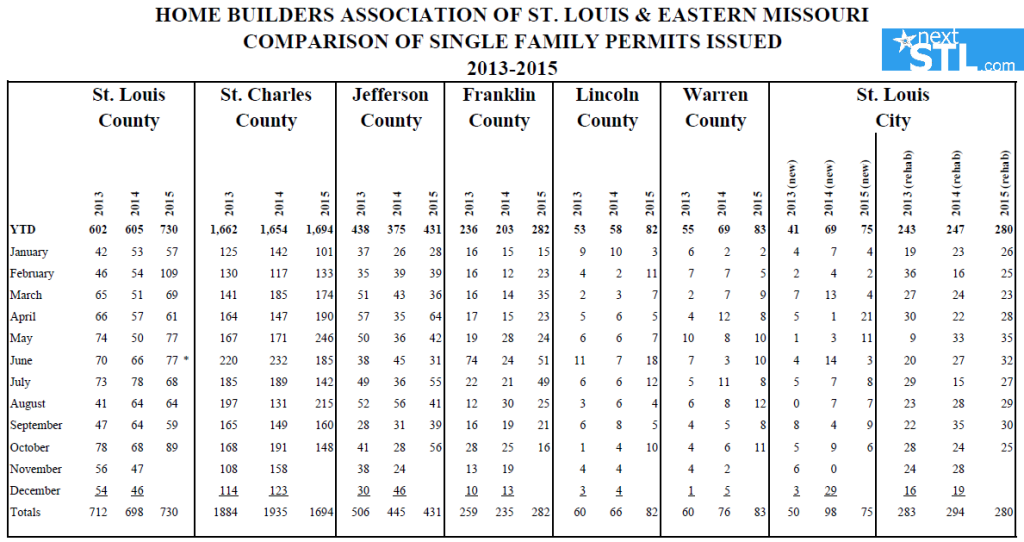 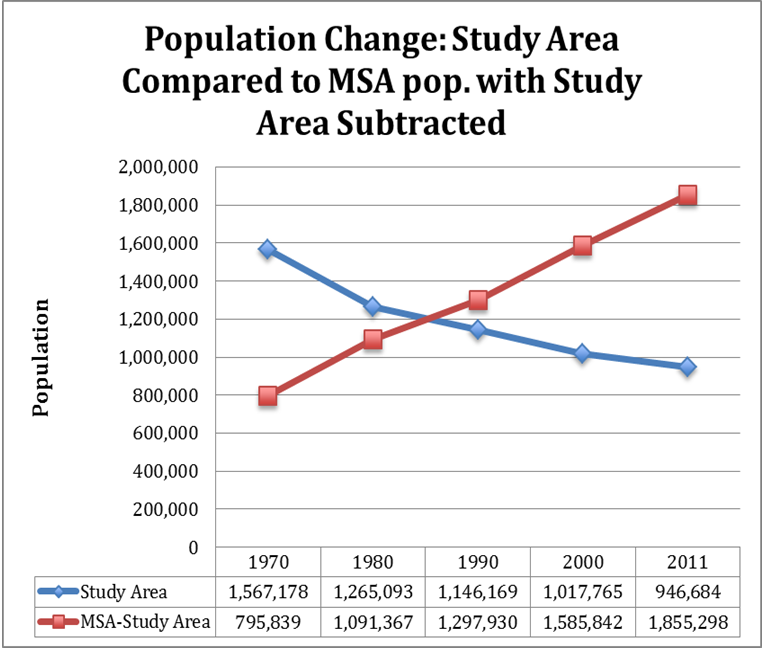 It would be interesting to know how many of these units were previously occupied or empty. The St. Louis region has been very good at over-supplying housing. During the 1990s 1.7 housing units were built for every additional household. The forces of segregation, fragmentation, federal, state, regional housing and transportation policies and subsidies have lead to abandonment, displacement, wealth destruction, and infrastructure liability accumulation across the region.

Are these rehabbed units (and the new ones) filling with new households (Millennials moving out of their parents’ basement, immigration, divorce, etc), in which case this should be celebrated as it means more people living closer, next to already existing infrastructure in lieu of even more low-productivity development on the edges of the region? Or are other places being abandoned? Or are people being displaced to put buildings at a higher price point? Surely some of all these are occurring.

Todd Swanstrom of University of Missouri – St. Louis and Hank Webber of Washington University in St. Louis have been studying the housing patterns of the area. Below are two of their presentations. Their on-going analysis will shed light on St. Louis’ changing housing landscape. Might we see the blue line above show a positive slope in 2020?

Neighborhood Change in the St.
Louis Region Since 1970:
What Explains Success? by nextSTL.com