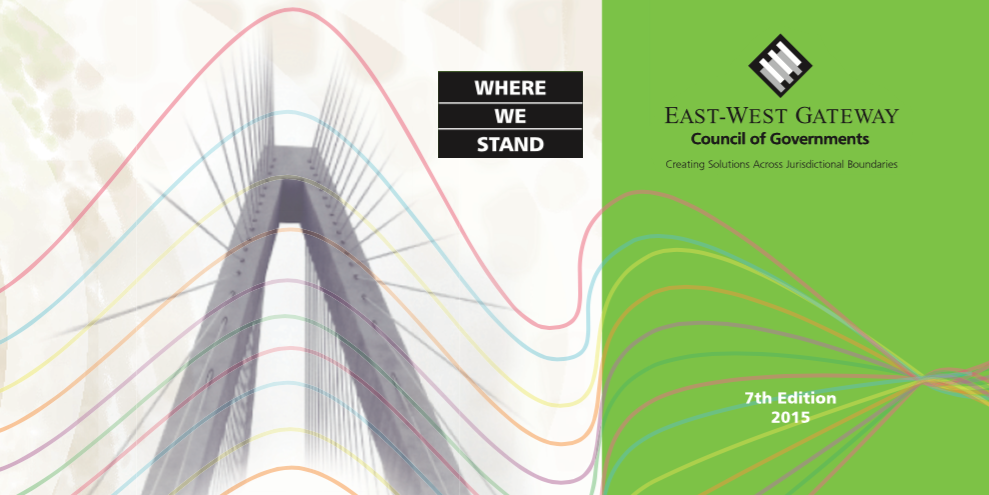 I’m thrilled to be joining Andre Hepkins of KMOV-TV, Maria Altman of St. Louis Public Radio, and Deb Peterson of the editorial board of the St. Louis Post Dispatch for “Where We Stand: How do Rankings Tell St. Louis’ Story?”at 6:30 p.m. Wednesday, Oct. 14, downtown at the Central Library, 1301 Olive St. The event is free and open to the public.

Since moving to St. Louis in 2004, I’ve tried to read and learn everything I can about St. Louis. One source of information that has proven invaluable is East-West Gateway’s Where We Stand report. The reason is simple – it’s easy to say St. Louis has too much poverty, too much crime, is growing too slowly, has gained college educated residents, is better/worse than some other place by some other measure, is failing/willing, you name it. But is it true? 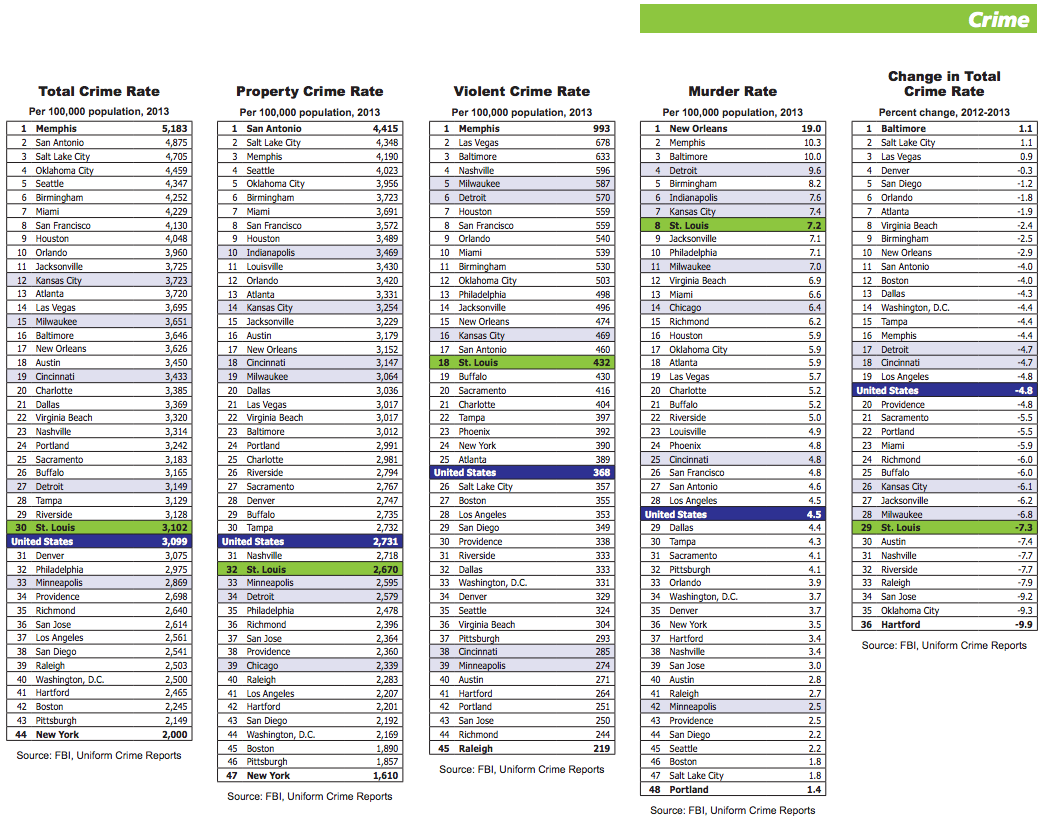 Where does St. Louis stand? Compared to what? What do we actually know, and not just think about our region? This is what WWS provides. While no set of data or measurement necessarily points to a distinct action or policy aim, regional priorities, effort, and action must be rooted in a factual knowledge of our region. Data can and should serve as the basis for more questions.

From the 7th edition of Where We Stand (embed below): Where does the St. Louis region stand compared to peer metropolitan regions? This strategic assessment of the St. Louis region, Where We Stand, addresses that question by providing data on the economic, social, fiscal, and physical aspects of the 50 metropolitan regions in the United States with the largest populations. These regions are our domestic competition and are generally a consistent yardstick to gauge “Where We Stand.” 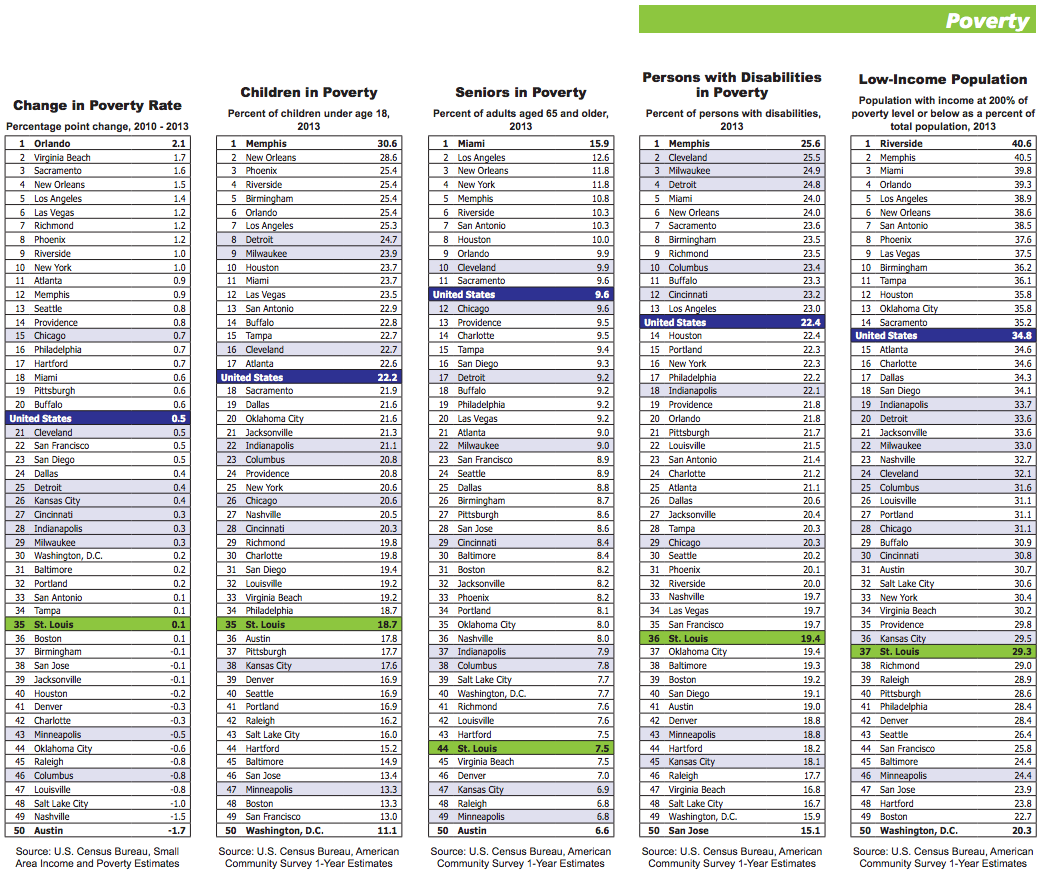 Since 1992, East-West Gateway has ranked St. Louis among its peer metropolitan regions. This 7th Edition of Where We Stand continues to provide objective, reliable, and verifiable data that can be used to assess the health and competitiveness of the St. Louis region.

The document includes 222 Where We Stand (WWS) tables. A consistent format and terminology is used for all of the WWS tables. The most recent of Where We Stand was released July 29 of this year. There is a lot of useful and dependable data in the 7th edition of Where We Stand. Much can be better understood by studying its 222 categories that measure how St. Louis compares to the nations’ 50 most populous urban areas. 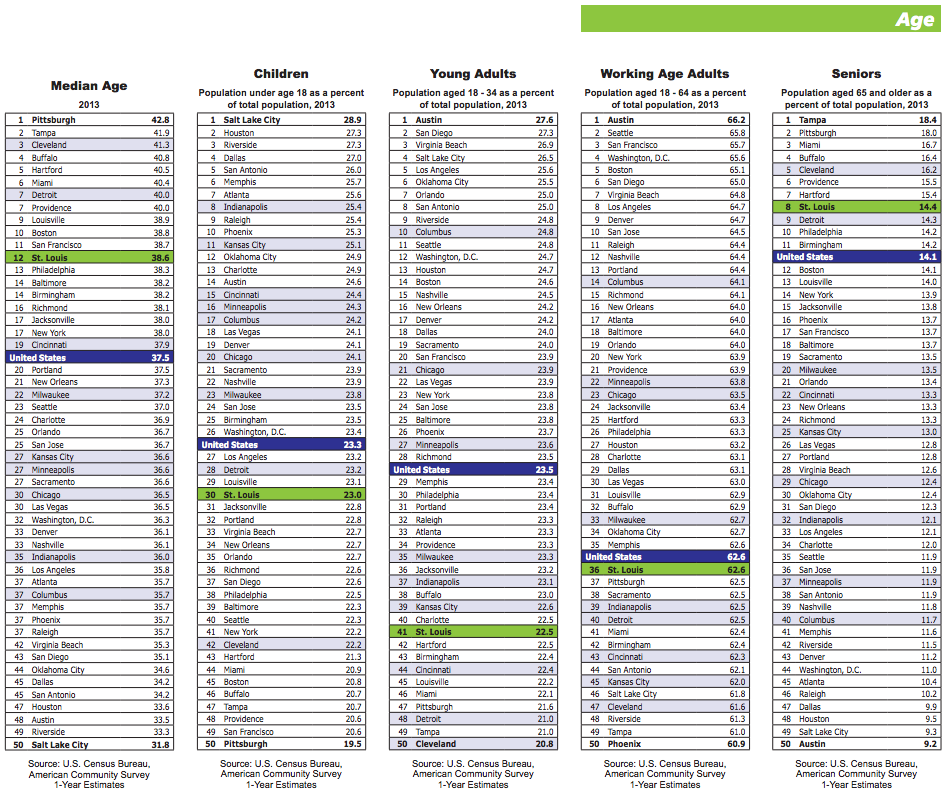 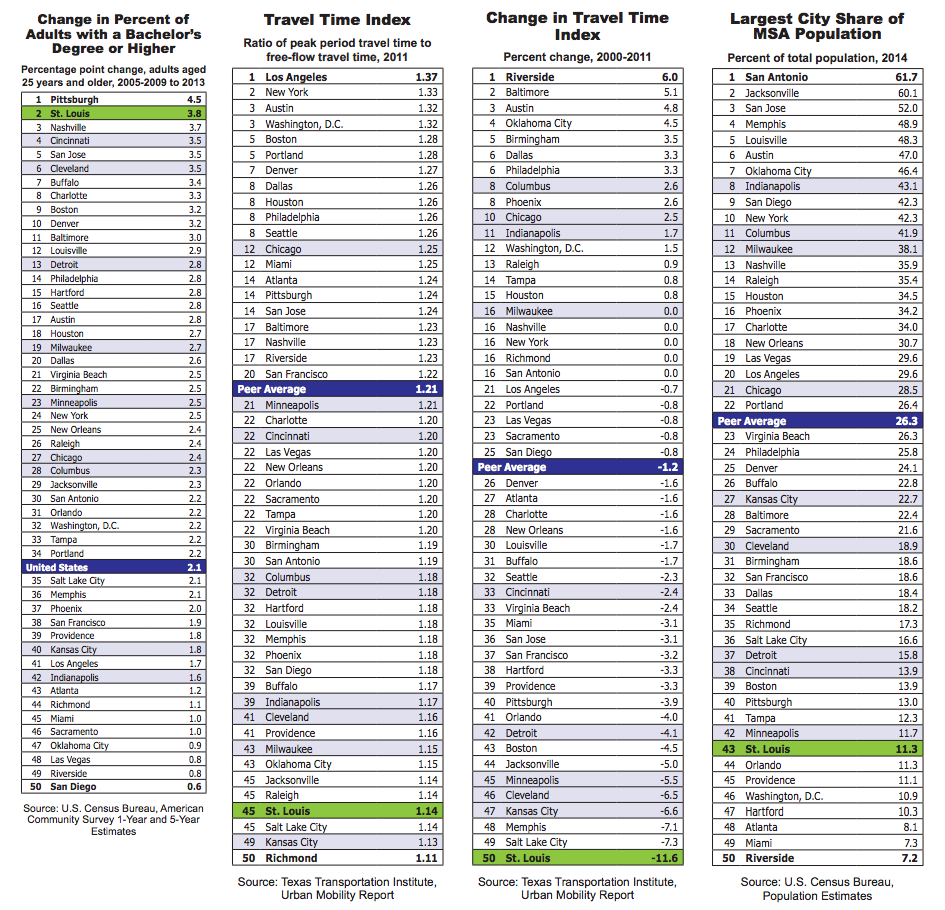 As it is for any region, results are mixed across the categories measured. There’s good, there’s bad, there’s a lot of  ¯_(ツ)_/¯ . But the numbers still must serve as a starting point, a base understand of who we are and how we’re doing. Hopefully you’ll join the conversation next Wednesday, October 14.

Here is some data:

Where We Stand: The Strategic Assessment of the St. Louis Region – 7th Edition, 2015 by nextSTL.com