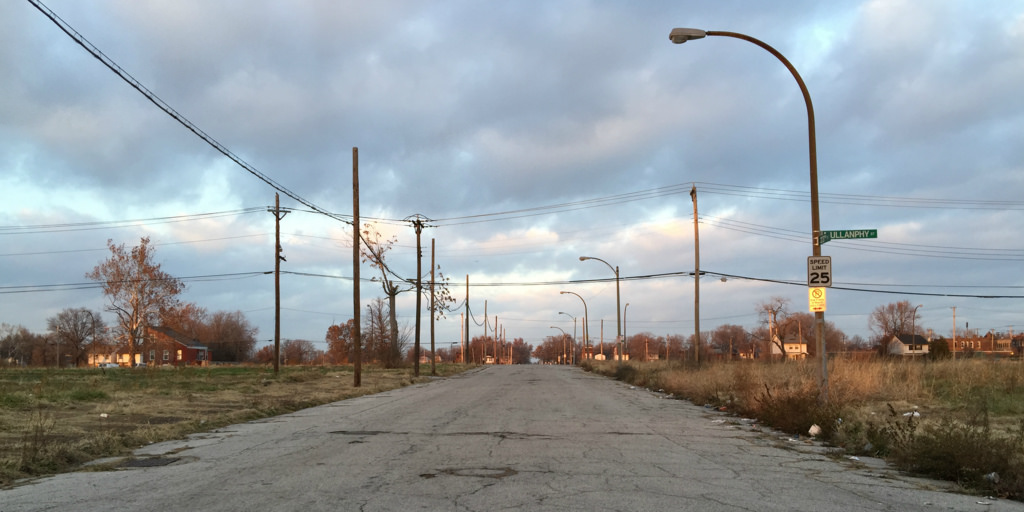 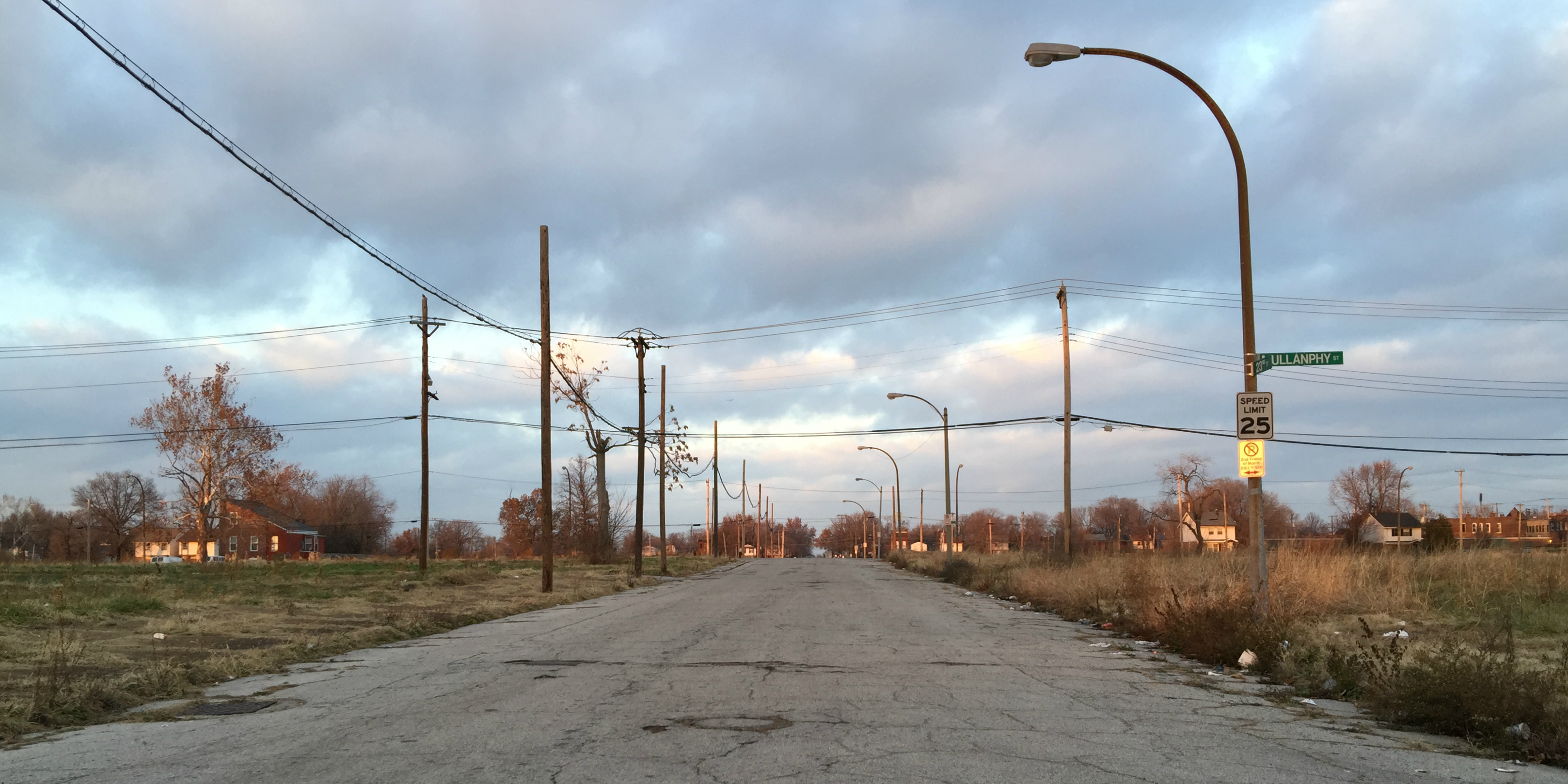 Today St. Louis County Executive Steve Stenger released a letter of endorsement (below) to the National Geospatial Intelligence Agency in support of the north St. Louis City site currently under consideration. The NGA had announced last July that it would consider six St. Louis area sites for a new $1.6B headquarters. In November the number of sites under consideration was reduced to four.

Officially, two sites in St. Louis County, the old Chrysler plant in Fenton and the MetLife facility in Mehlville, along with farmland adjacent to Scott Air Force Base in St. Claire County, IL, and the north city site are under consideration. Stenger’s letter effectively reduces that number to two.

St. Claire County Executive Mark Kern hasn’t been shy about promoting the metro east site. The St. Clair County Economic Development office has been using social media to promote the project. A visist by U.S. Senator Dick Durbin was Tweeted in June: “We showed @SenatorDurbin our proposed NGA site this morning. 3,000+ jobs. Good for Il.” Durbin has of course endorsed the effort. The 200 acre site is being offered to the federal government at no cost.

Though there has been little to no public support for the St. Louis County sites, St. Louis City has been hard at work. Mayor Francis Slay has been a vocal supporter of the project. In February, the city’s Board of Aldermen passed a bill authorizing the use of eminent domain to help clear the largely vacant 100-plus acre city site. That process is reportedly winding down as negotiations with existing residents and businesses are nearly complete.

In July, Alderman passed a bill to mortgage a couple city buildings in order to raise $20M to acquire land and replaced aged infrastructure at the proposed NGA site. This was deemed necessary after city voters failed to approve Prop 1, a bond issue that would have primarily replaced city equipment such as dump trucks and ambulances, but which also included $15M for the NGA site. The city has said the loan, and the use of eminent domain will only occur if and when the NGA selects the site.

Developer Paul McKee owns dozens of parcels within the proposed NGA footprint, properties he acquired over the past decade as part of his NorthSide Regeneration effort. McKee purchased a number of parcels from the city with help from state tax credits. By one estimation, McKee spent $7M to acquire the property, half of that amount come in the form of state support. The best guess today is that McKee, who has encountered property foreclosure within NorthSide and other financial challenges, is seeking close to $7M from the city for the properties. The total cost to aggregate and prepare the site for the NGA is estimated to be $120M, with most of the funding coming from the State of Missouri.

With the west side of the river now politically aligned, the push for the NGA is more clear. It’s St. Louis City v. St. Clair County. It’s a distressed urban site v. far suburban greenfield. It’s Missouri v. Illinois. Either site would seem to be easily justified. The draft EIS for all four final sites will be made public next Month, with a final site selection announced in spring 2016. The agency plans to move from its currently location in 2021.

The NGA is currently located near the Anheuser-Busch Brewery south of downtown St. Louis and at the south end of the Soulard neighborhood. The location has been a military installation dating from before the Civil War. The NGA currently employs approximately 3,000 people, contributing $2.4M in earnings tax each year to the city. Average salaries at the NGA are reportedly $75,000. The NGA site in St. Louis is the agency’s western headquarters. It’s other major site is located in Springfield, Virginia. 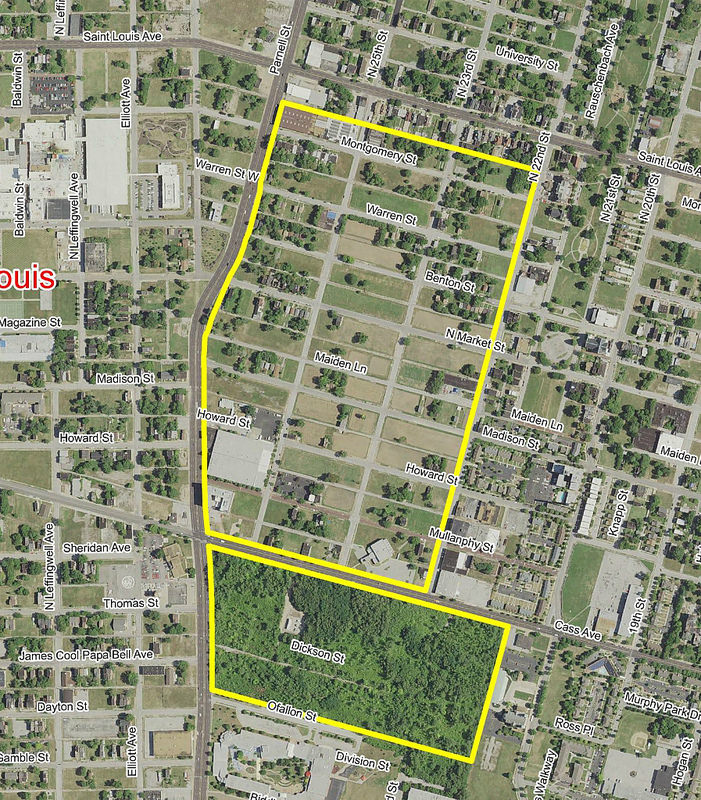 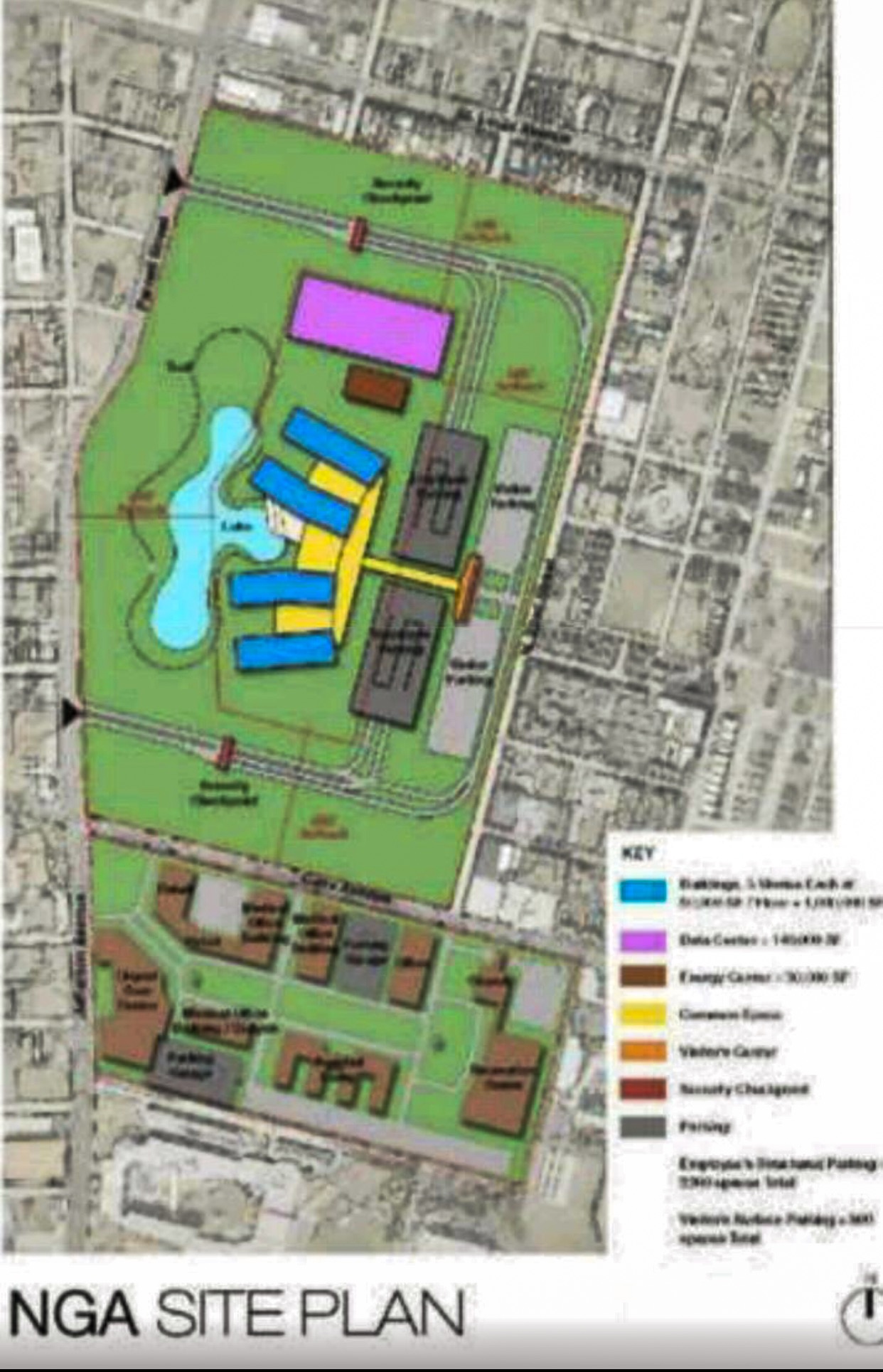 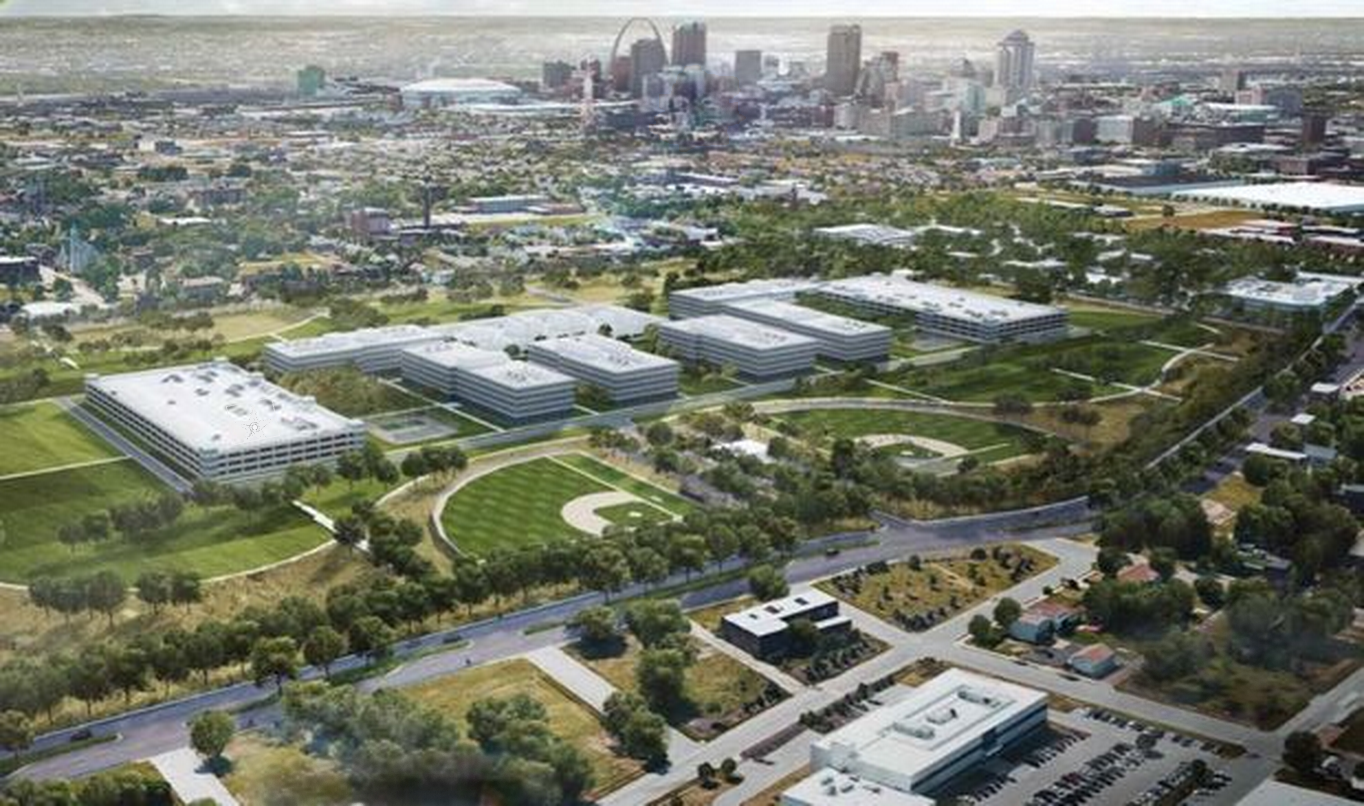 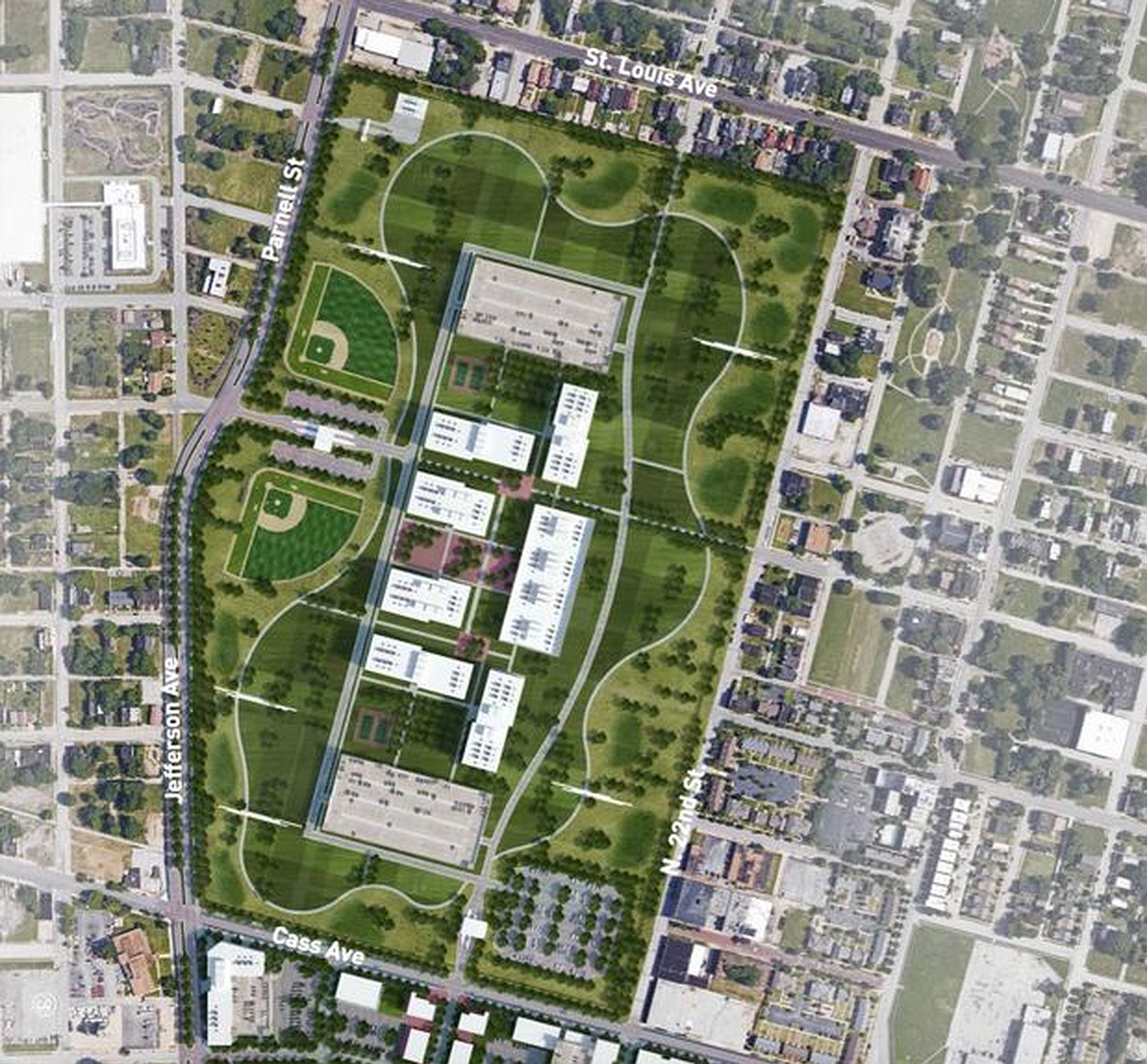 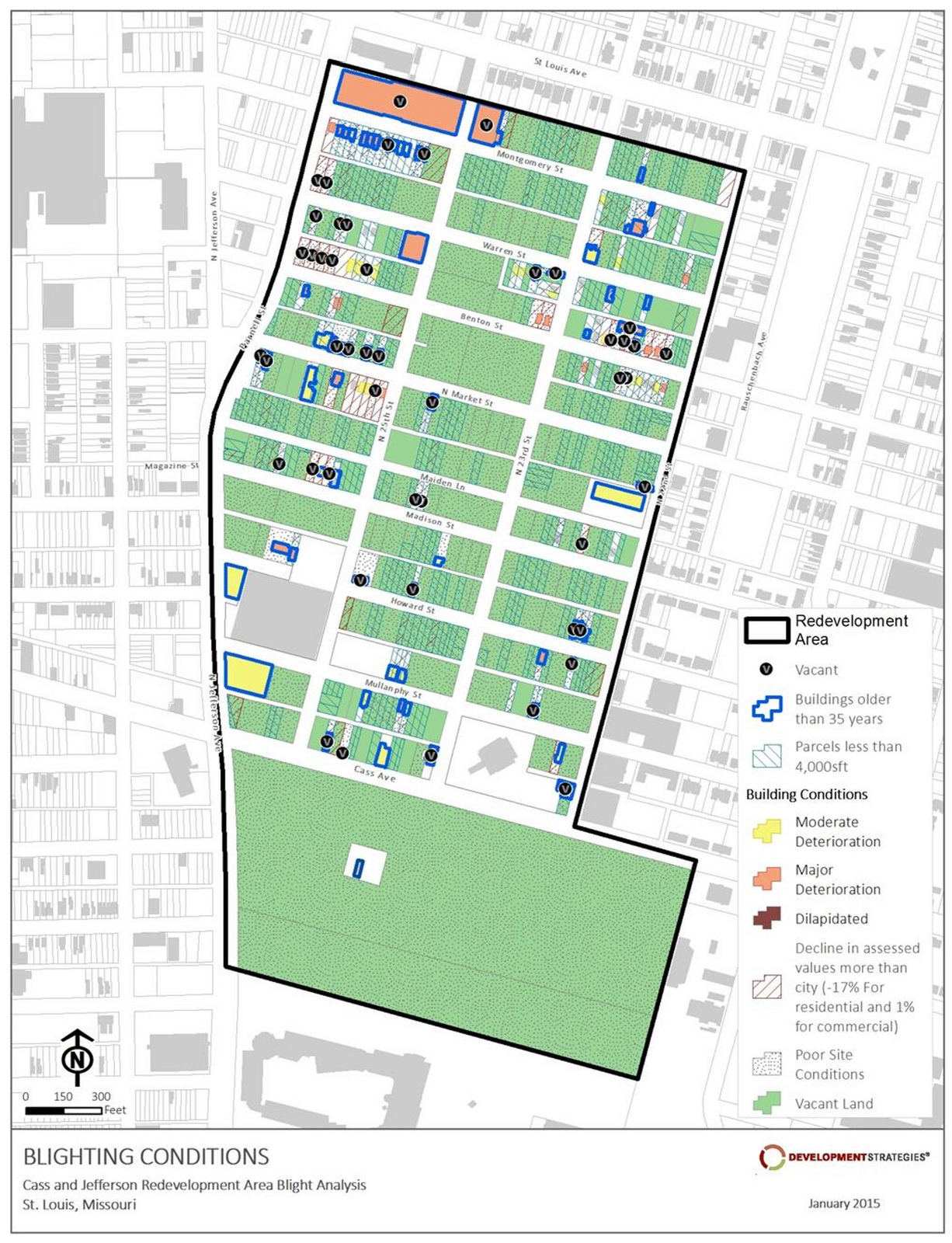