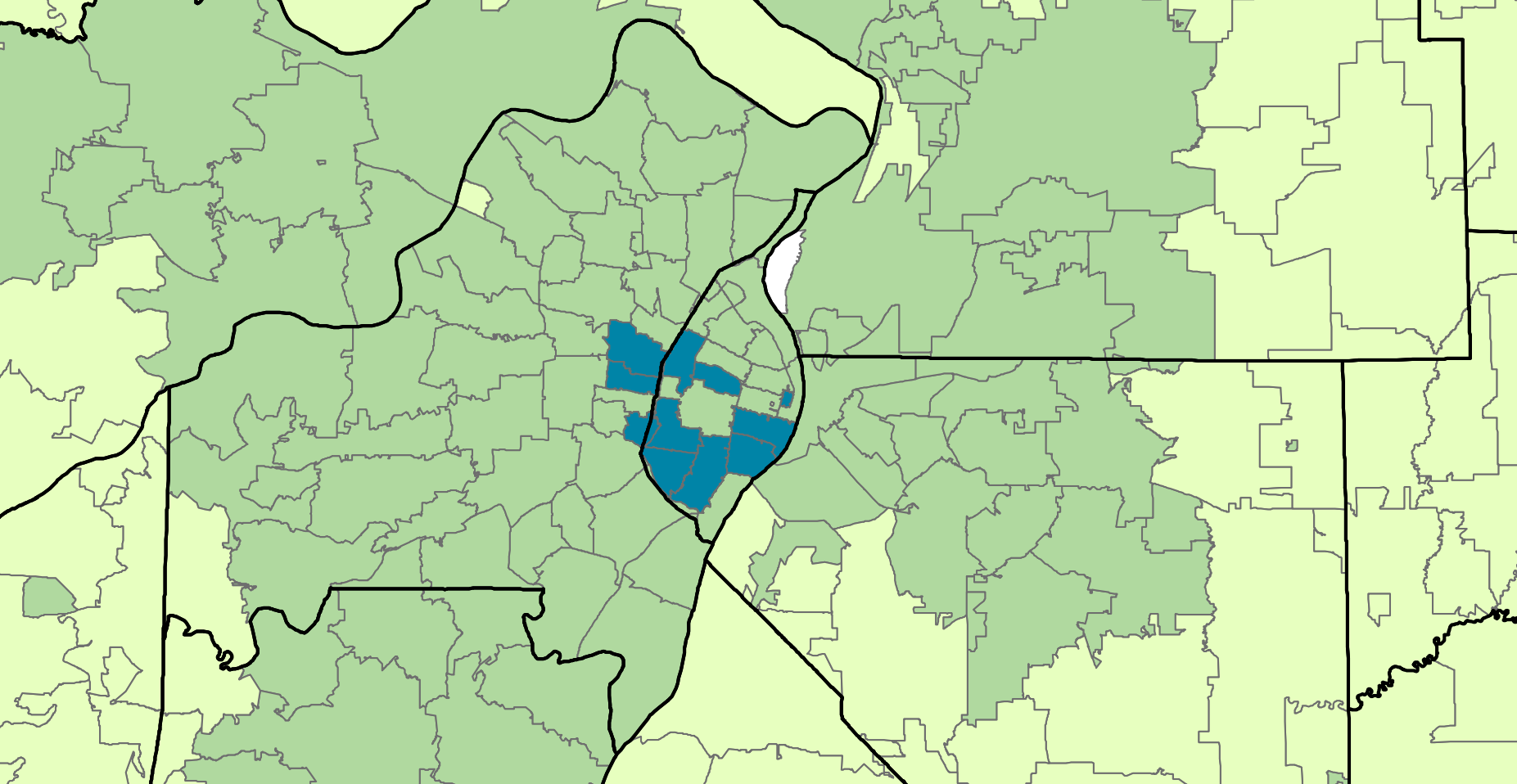 What is a city? What is urban? What part of the St. Louis area is urban? The United States Census Bureau defines “urban” and “rural”, but not “suburban”. And so the Census defines 81% of the U.S. population as living in urbanized areas, that is, everyone who doesn’t live in a rural setting.

In St. Louis, we sometimes bemoan a suburban development in the city, or an inner ring suburb. Sometimes “urban” equates to historic, or old: the City is urban, the County is suburban. Sometimes city political boundaries are used to approximate urban boundaries (everything outside St. Louis City is a suburb, or suburban).

As much as practicable, a standard definition of urban and suburban would be quite useful. The chief economist of the online real estate site Trulia recently took on the task (story at FiveThirtyEightEconomics). In short, they surveyed about 2,000 adults across the nation, asking them to describe their home as being located in an urban or suburban area, without prompting them with a definition of either.

The short conclusion: a large number of Americans living in large cities describe their neighborhood as “suburban”. Researchers found that residential density of a respondent’s ZIP code was the best predictor of “urban” v. “suburban” response. Further, they found that a residential density of more than 2,213 households per square mile was considered “urban”, 102 to 2,213 “suburban”, and fewer than 102 households per square mile, “rural”.

Caveats: What’s considered “urban” in one city may be considered “suburban” in another. Definitions vary as context varies. Is an area relatively dense? It is relatively new? Residents of even dense small cities rarely described their neighborhood as “urban”. Conversely, residents of older, even lower density, areas often described the area as “urban”. Low residential density areas with a dense business district might be “urban”, as might less dense neighborhoods adjacent to higher density neighborhoods. That seems pretty straight forward.

Now, applying the found thresholds to some American cities shows, perhaps, just or urban or suburban our cities may be. New York and Chicago are 100% urban. Phoenix and San Antonio: 30 and 35%. We should know this. Sprawling cities, or those that have annexed large suburban areas, are, well, suburban. Large parts of most American cities are suburban.

This matters when considering economic development, crime, transportation, and more. It’s rather central to understanding, proposing policy, and developing a city. So what does St. Louis look like? What parts of the area are urban and suburban by the cutoffs discovered by the survey?

The ZIP codes below in blue are above the 2,213 households per square mile “urban” threshold. The areas in green are between 102 and 2,213 (“suburban”) and yellow is less than 102 (“rural”). To my eyes, this closely aligns with my notion of urban and suburban St. Louis. My only caveat being that I consider St. Louis City’s central corridor and north side, at least to I-70, as “urban” due to its historical dense development pattern. It’s true that larger portions today have suburban residential density, yet the street grid and remaining homes and businesses are clearly urban in nature. And that development pattern points to a possible urban future in a way that a suburban development pattern does not.

Beyond the city, we see the communities of University City, Clayton, and Maplewood as “urban”. Otherwise, the whole of St. Louis County is “suburban” other than two corners of rural density. In your mind, does the Trulia definition largely conform to your perception of St. Louis? What doesn’t make sense? Why does the “urban”/”suburban” divide matter in St. Louis? 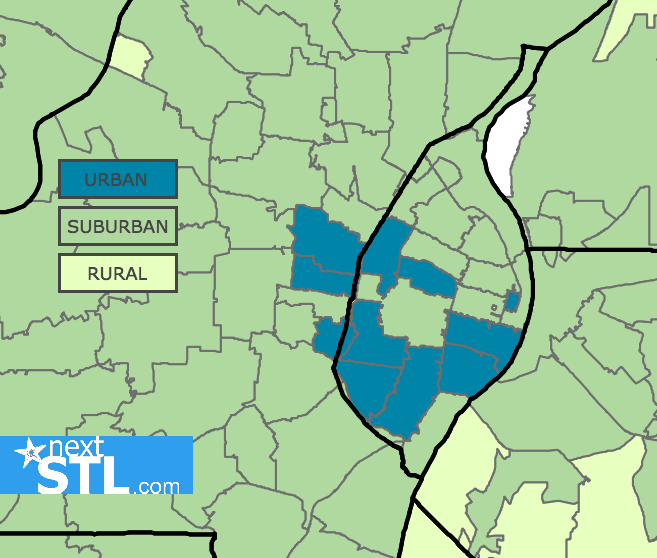