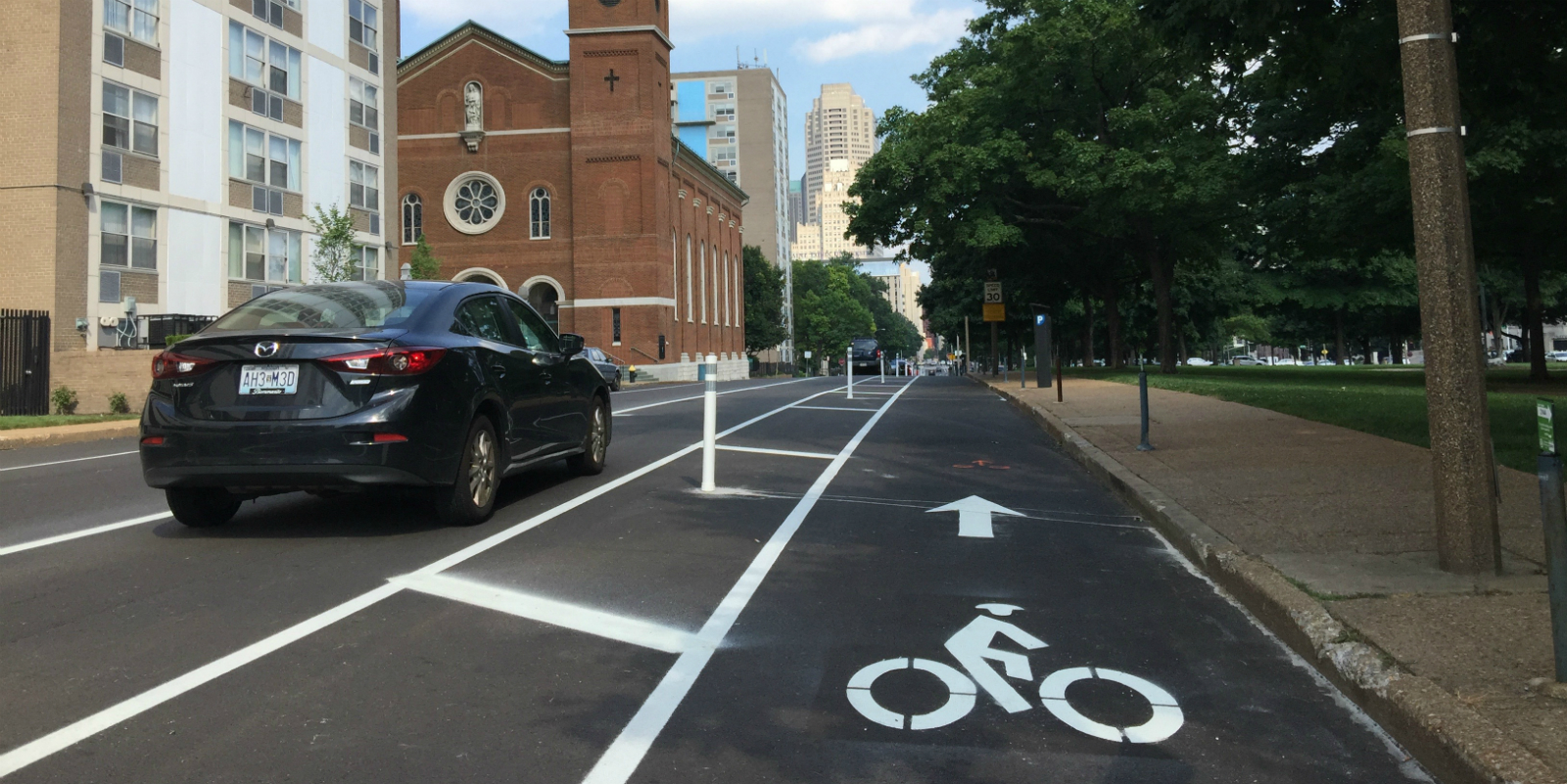 A couple blocks of a protected bike lane may have flummoxed a motorist or two (and we’re so lucky the local news was there to catch that insightful angle to this story), but it’s a great asset to cyclists in a city just starting to invest in functional bike infrastructure.

The new bicycle infrastructure runs from 20th Street east to 4th Street, with a protected bike lane, buffered bike lane, and other markings at various points. It’s part of the larger Bike St. Louis effort. We took the nextSTL mobile film crew to check out just what it’s like to ride the Chestnut Street protected bike lane:

A few thoughts from the ride: 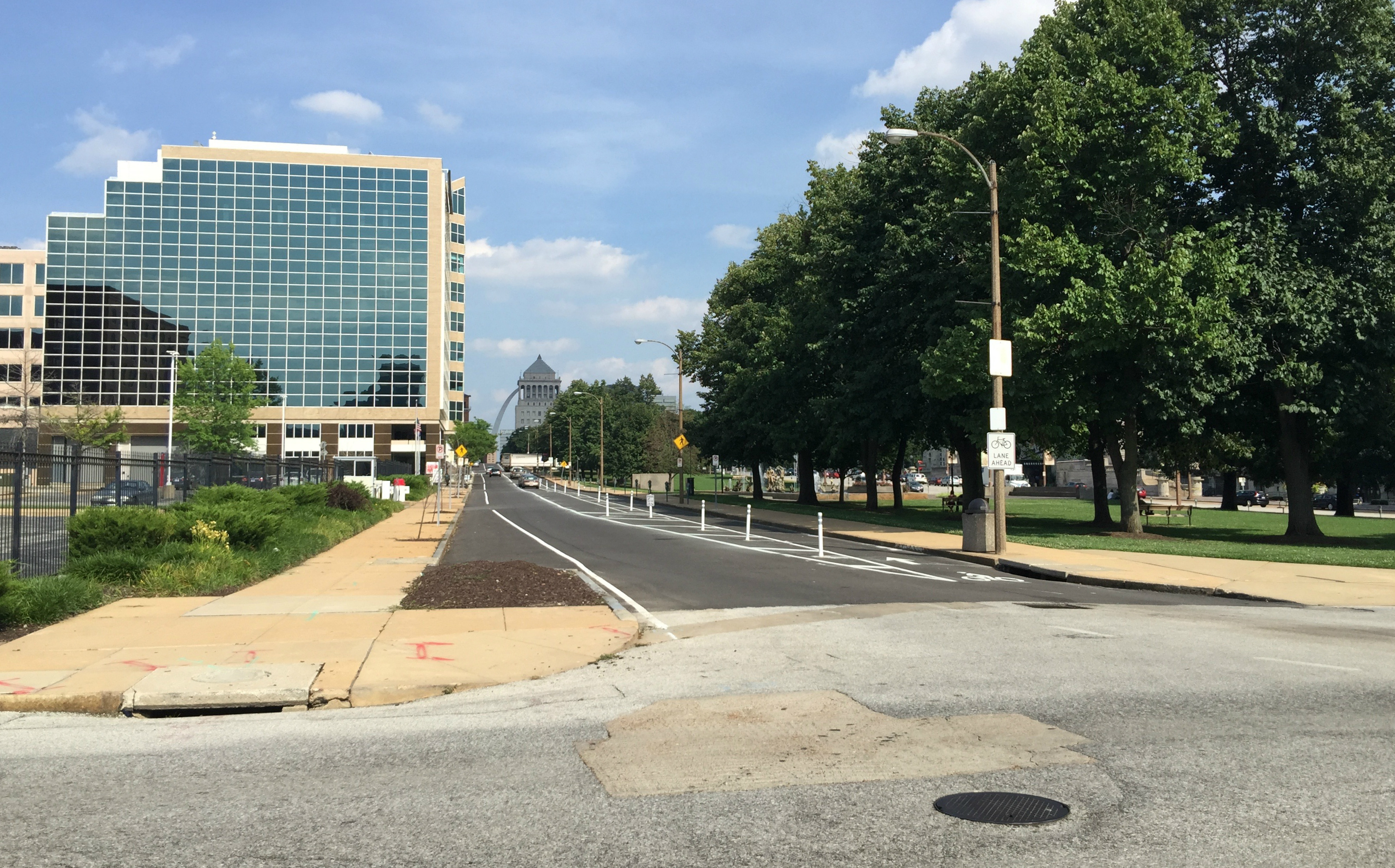 {the start of the bike lane at 20th Street} 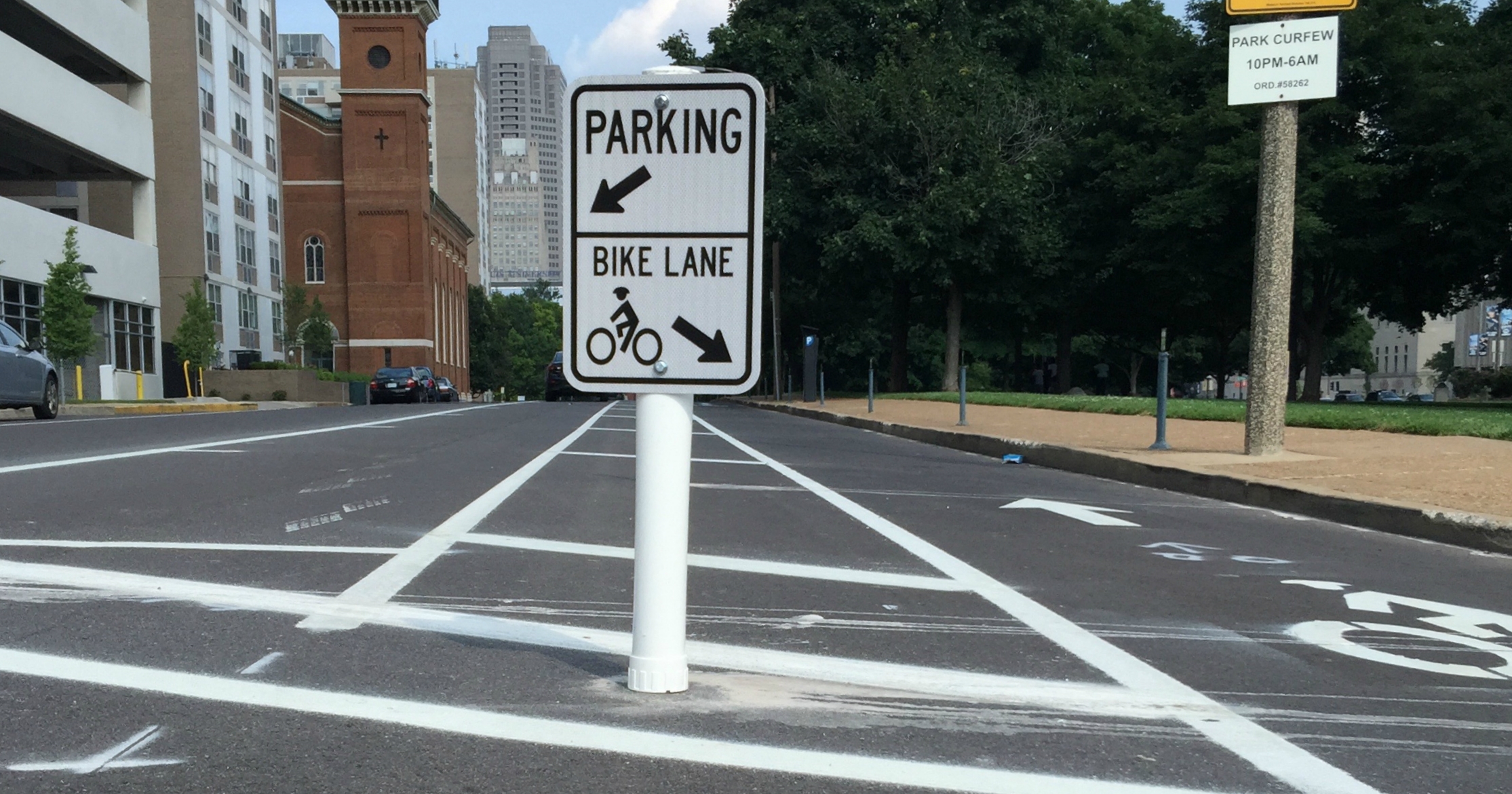 {signage directs cars for parking and bikes for riding} 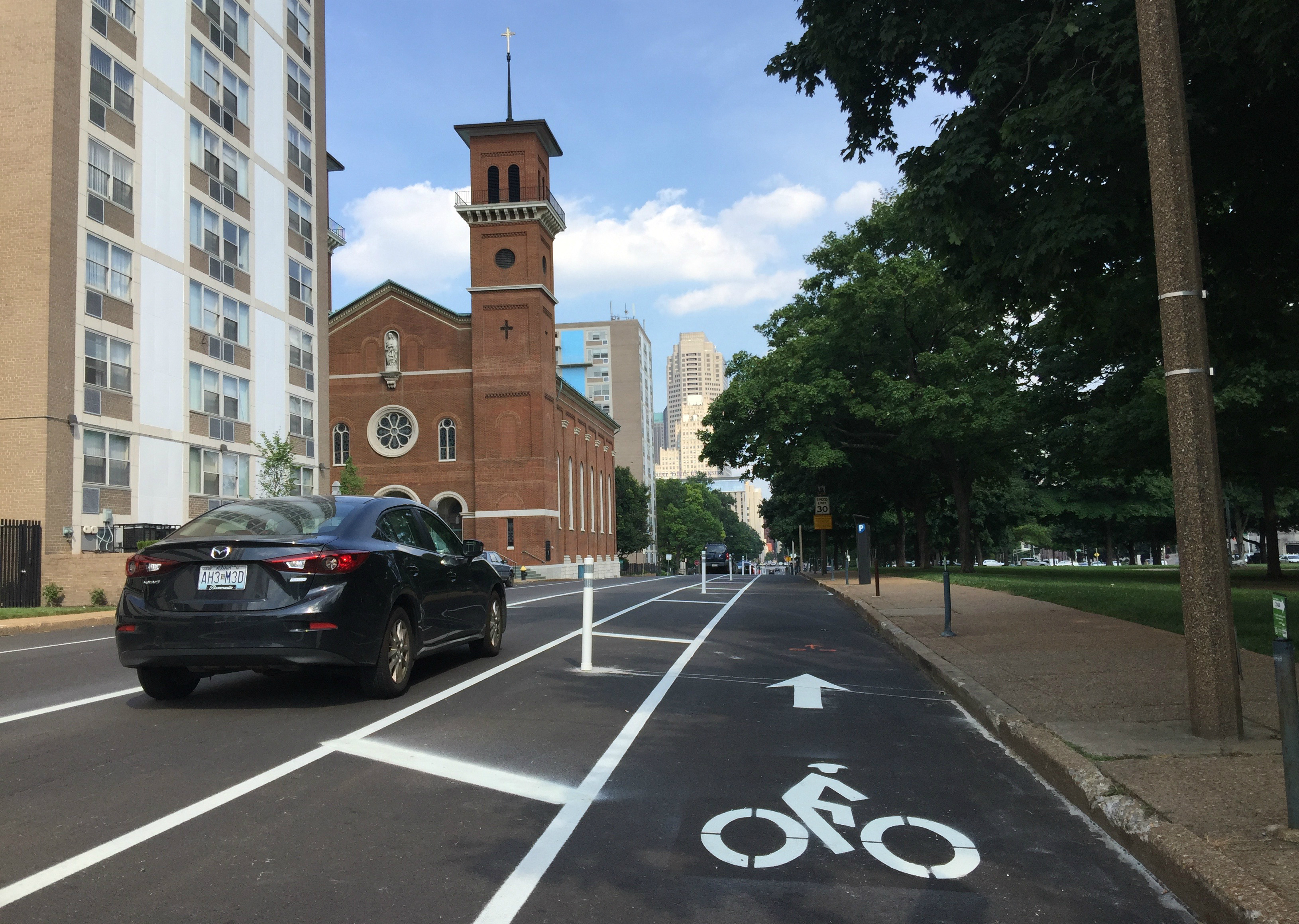