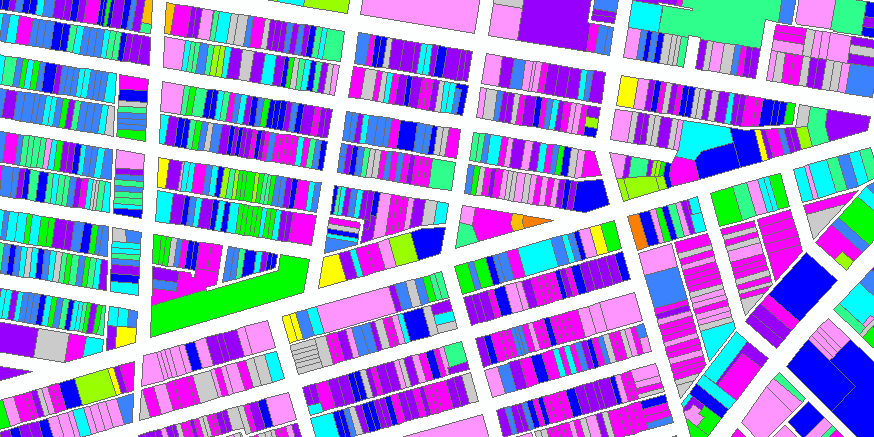 While surveying St. Louis City’s most prosperous neighborhood, the Central West End, a large relative cool spot stood out. No, it wasn’t one of the numerous tax-exempt properties in the central corridor, it is the West End Terrace Apartments- a 195-unit complex near Taylor and Pershing. Let’s take a closer look. Let’s do the math! 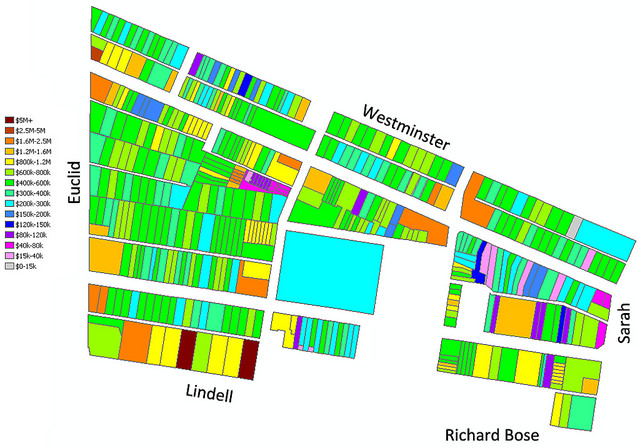 The West End Terrace Apartments occupies 6.41 acres and has an assessed value of $1,478,500 or $230,578 per acre. The complex was built in 1972 on the site of the Academy of the Sacred Heart-Barat Hall School razed in 1968. Thumbing its nose at the traditional development pattern on surrounding blocks that it uses to help acquire tenants, it followed the predominant pattern of the day: a scattering of nonengaging three-story buildings surrounded by parking, trees, and a fence.

Destination is Our Inspiration!

Are you tired of high-rise living? If so, then you will find exactly what you’ve been looking for at West End Terrace. We are located in the middle of everything, yet away from it all. When you come to West End Terrace Apartments, you will find garden-style living on beautiful landscape with the convenience of being within walking distance from shops and restaurants after a long day at work. Our spacious, unique floor plans will fit your every need. Come meet our award winning staff and see for yourself why so many call West End Terrace home!

Had West End Terrace been built traditionally and met the average of the rest of the study area, it would be assessed at $4.65M. A yearly difference of $241k in total property taxes. This has amounted to a hidden subsidy every year- more infrastructure for low-valued property. Since the highly perturbed market of the day didn’t command building traditionally, might it have been wiser to subsidize a more productive land use (either denser, more valuable, mixed-use with jobs and sales) directly when it was built? The same number of units could have fit on a smaller footprint leaving land to develop for a productive use later, hopefully without subsidy. 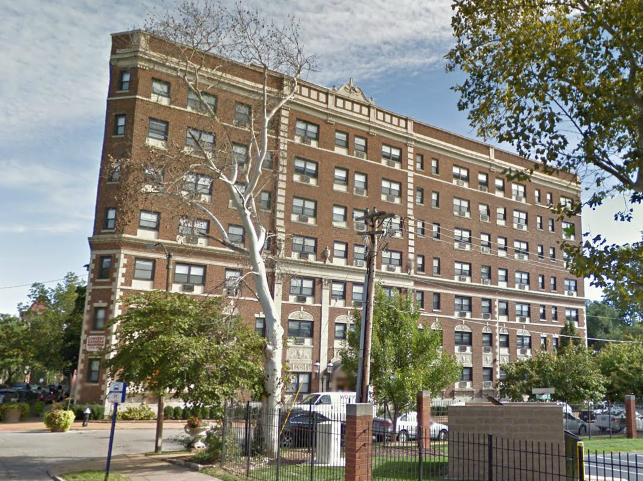 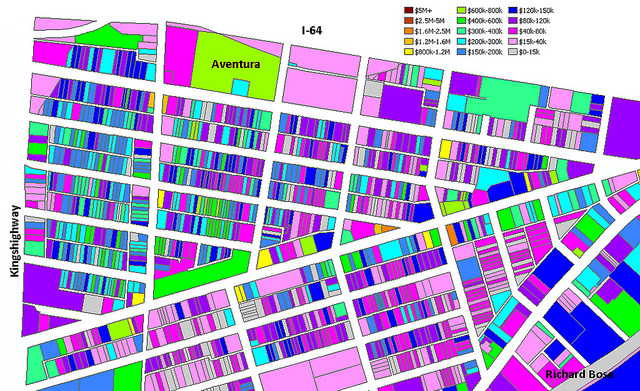 Welcome to Aventura at Forest Park – a new gated apartment community in the heart of St. Louis!

What does this foretell about our more recently-built apartment complexes? Our favorite whipping boy, Aventura, comes in well at the moment (though tax abated), at $2,966,720 on 4.84 acres or $612,830 per acre which is very good for FPSE. It follows the predominant apartment complex development style of today: nondescript three-story buildings (that they don’t highlight with a photo on the front page of the website) with lots of surface parking, trees, and a fence. Might it have been wise to leverage the tax abatement for a more productive use? Will it appreciate more slowly than its surroundings, so that in a few decades it will be the cool spot?

PS: Under current policy we won’t be able to track how Aventura is performing while under tax abatement because the Assessor’s Office doesn’t reassess until the abatement is almost over. The HUDZ committee is working on this and other incentive and development issues.