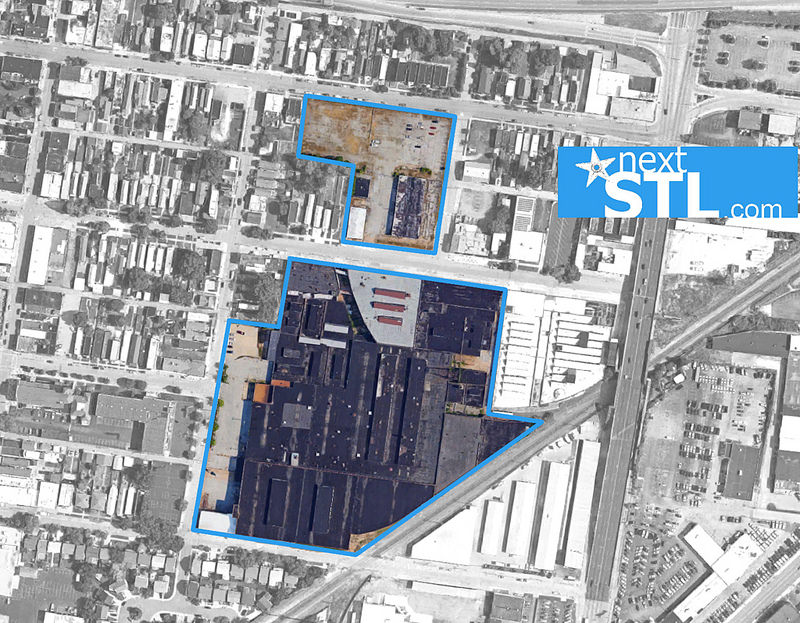 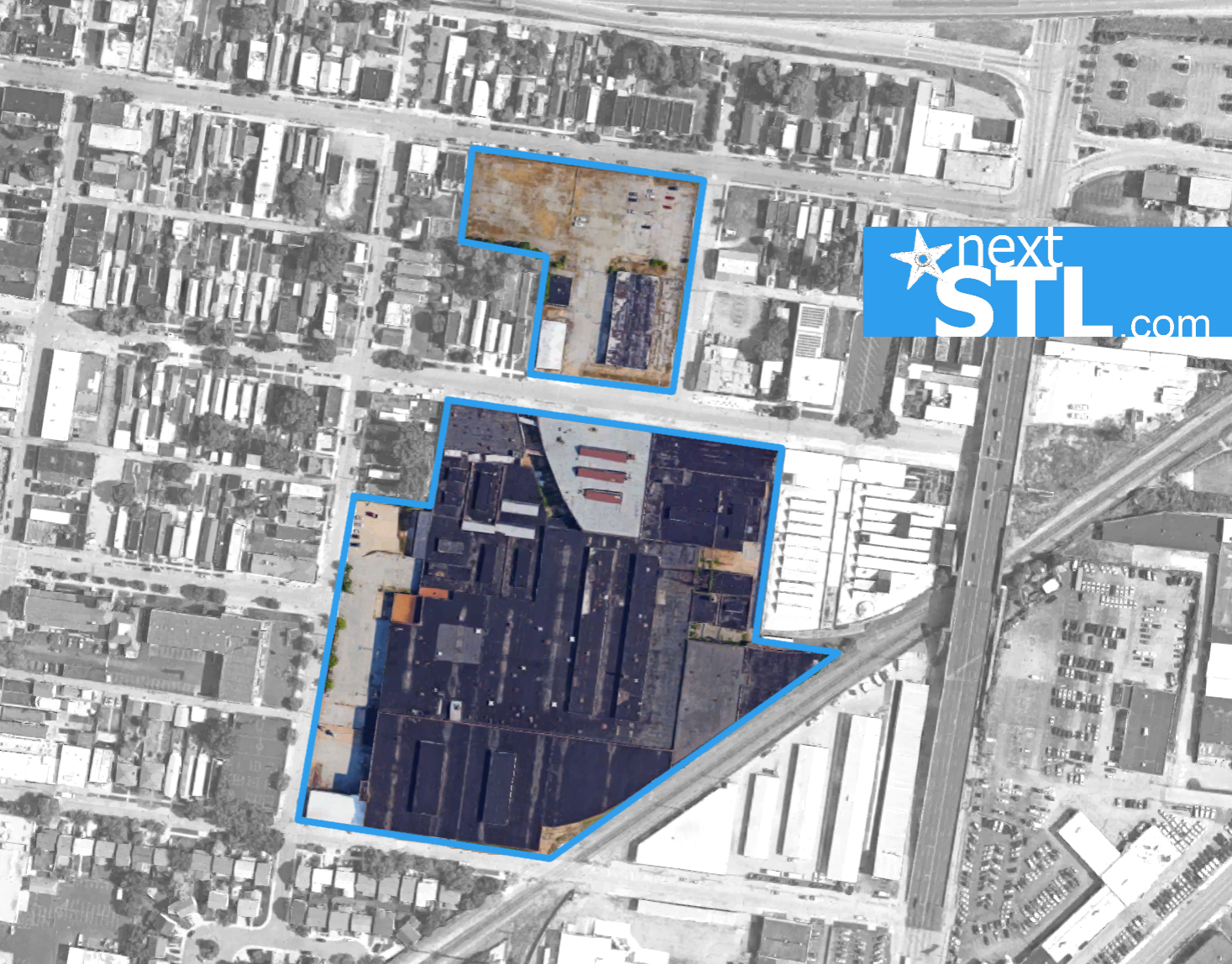 nextSTL has learned the 13-acre former Owens-Illinois Glass Co. industrial complex on The Hill is being considered for a 500 residential unit development. While not yet final, nextSTL sources say the 540,000 square foot property straddling Daggett Avenue was recently listed for approximately $6 million by Berry Grant commercial real estate firm principle Bob Flynn. Among several offers for the property, Flynn is seriously considering a $4 million offer. The earliest of plans for the site are said to include demolition with approximately 500 residential units expected.

The network of white-brick warehouse and office space constituting 5006-5030 and 5019-5021 Daggett Avenue is located in the shadow of the soon to be replaced Kingshighway viaduct, across both streets fronting the longtime St. Louis favorite Rigazzi’s Italian restaurant. Buildings date from 1910, and include expansion in 1923, 1942, and 1946, according to city records. The largest parcel is bordered by pet food and products manufacturer Alfa Pet to the east on Daggett, and Imo Meat and Sausage company to the West at Hereford Street. Nearly three acres sits north of Daggett, extending to Shaw Avenue along Boardman Street. 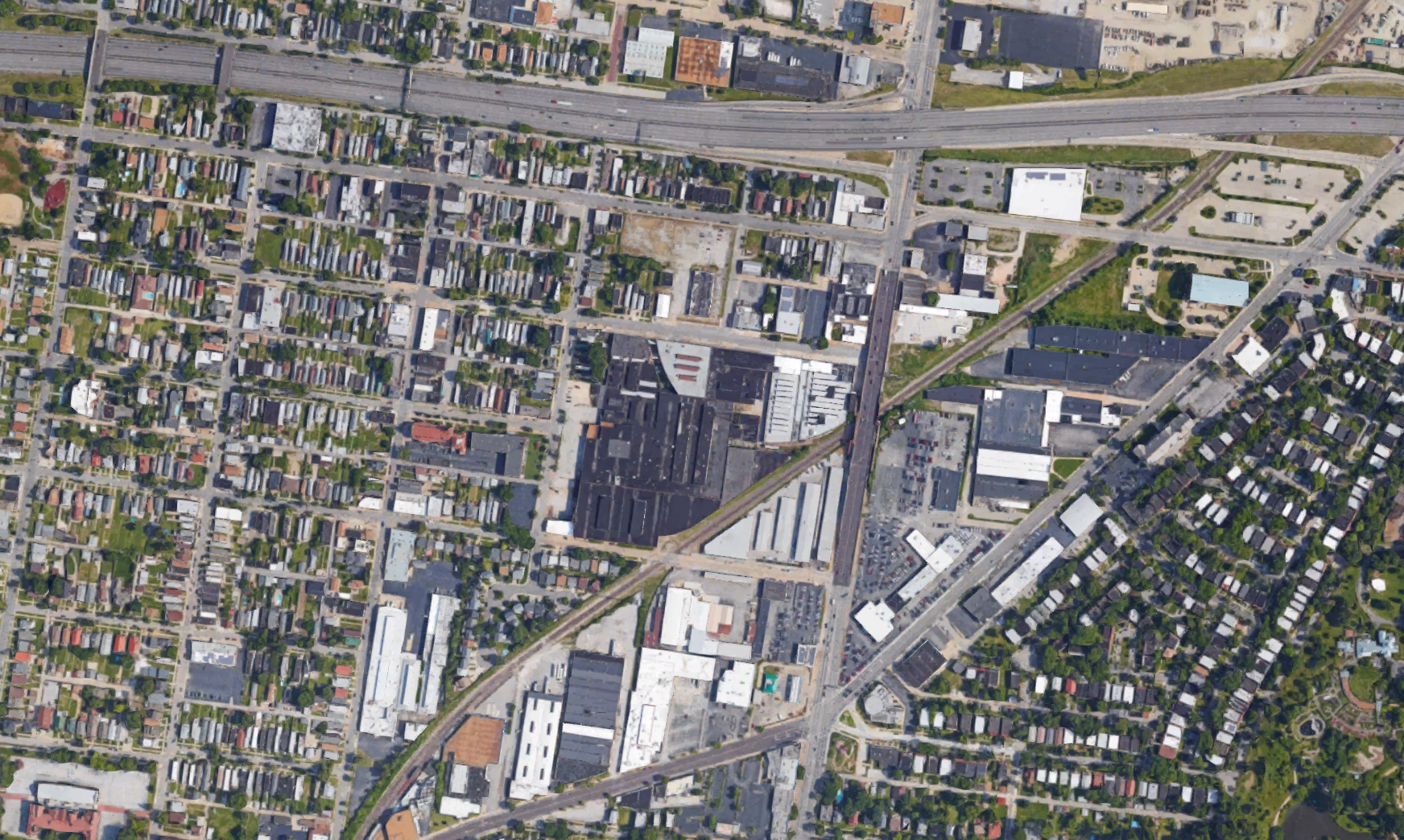 Berry Grant has owned the complex since the late 1950s, when Flynn’s father founded the company. In a source-based item from 2007, the St. Louis Business Journal reported MLP Investments had the Owens-Illinois property under contract. At the time, Flynn had the property listed for nearly $16 million. The deal never materialized. An early look at the new project breakdown is 50% senior housing, 30% multifamily residential, along with 20% mixed-use retail. A considerable brick salvage component is also expected.

Any future development at the site will likely need Monsignor Vince Bommarito’s blessing. Sources say having the St. Ambrose pastor’s OK regarding Hill development is essential for projects in the neighborhood moving forward. Mnsgr. Bommarito was mentored by the popular and powerful 85-year-old St. Roch’s pastor, Father Sal Polizzi. He is well connected, and has many friends at City Hall.

Mnsgr. Bommarito is revered by many residents as the protector of the neighborhood, and an obstruction to progress by some developers. Alderman Joe Vollmer and Mnsgr. Bommarito are considered the two most influential men relating to all things happening on The Hill. Vollmer is also the operating partner at Milo’s Bocce Garden. The popular Hill bar and grill is a block to the west of the potential development site. An attempt to reach Bob Flynn for comment was unsuccessful.