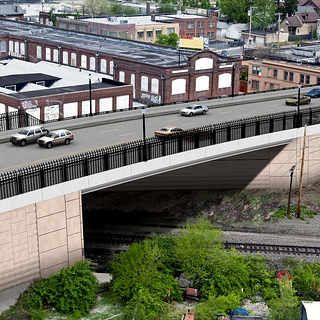 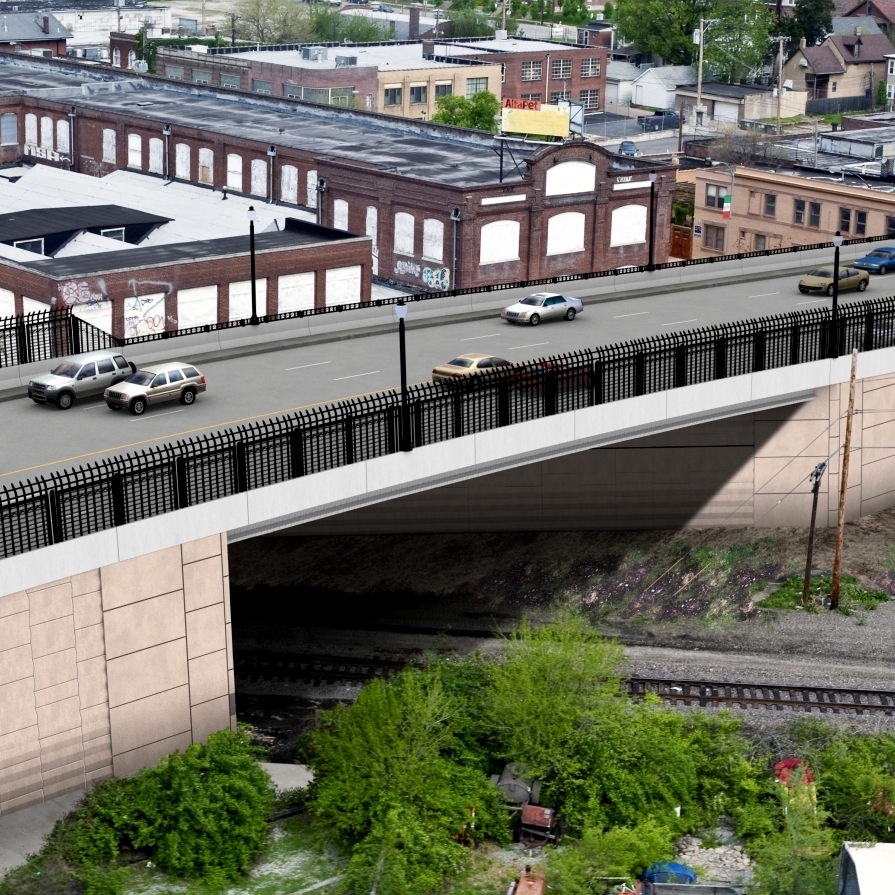 The replacement of the Kingshighway viaduct between I-44 and Vandeventer Avenue has been necessary for some time. The crumbling 1936 structure is well past its anticipated lifespan and anyone driving this section of Kingshighway has experienced the blood pressure spike that comes along with the quick climb and descent of the viaduct’s narrow lanes. A replacement is necessary and offers the opportunity to address adjacent issues with Shaw Bouleavard and Daggett Avenue. Unfortunately, the initial plan presented by the City of St. Louis at a recent public meeting gets it wrong.

The 720-foot viaduct carries more than 34,000 vehicles daily. As of a 2010 inspection, the structure has been labeled “structurally deficient”. The replacement will remain six lanes, with three widened standard 12-foot lanes in each direction. Sidewalks, where none currently exist, will be added, as will an additional street south of O’Connell’s Pub. This is where the initial proposal take a wrong turn.

Aligning Shaw Boulevard east and west of Kingshighway would create a much more simple intersection at Kingshighway that what currently exists. The change would better serve east-west traffic on Shaw, and perhaps most-important, allow for a left turn onto Shaw from southbound Kingshighway. This is important as current southbound traffic wishing to turn east, often to get to the Missouri Botanical Garden must turn on McRee north of I-44, or continue south to Vandeventer and double back.

What isn’t easy to understand is the plan to retain existing Shaw Boulevard north of O’Connell’s. Access from Kingshighway would be limited to northbound traffic. Therefore, anyone using the retained “north” street would upon entering or exiting, use the new “south” Shaw Boulevard, as someone northbound on Kingshighway would presumably be returning southbound and vice-versa. As well, MoBOT visitors (and others) returning west on I-44 would be better served using “south” Shaw Boulevard as it would allow more time to merge across lanes to reach the westbound I-44 ramp. 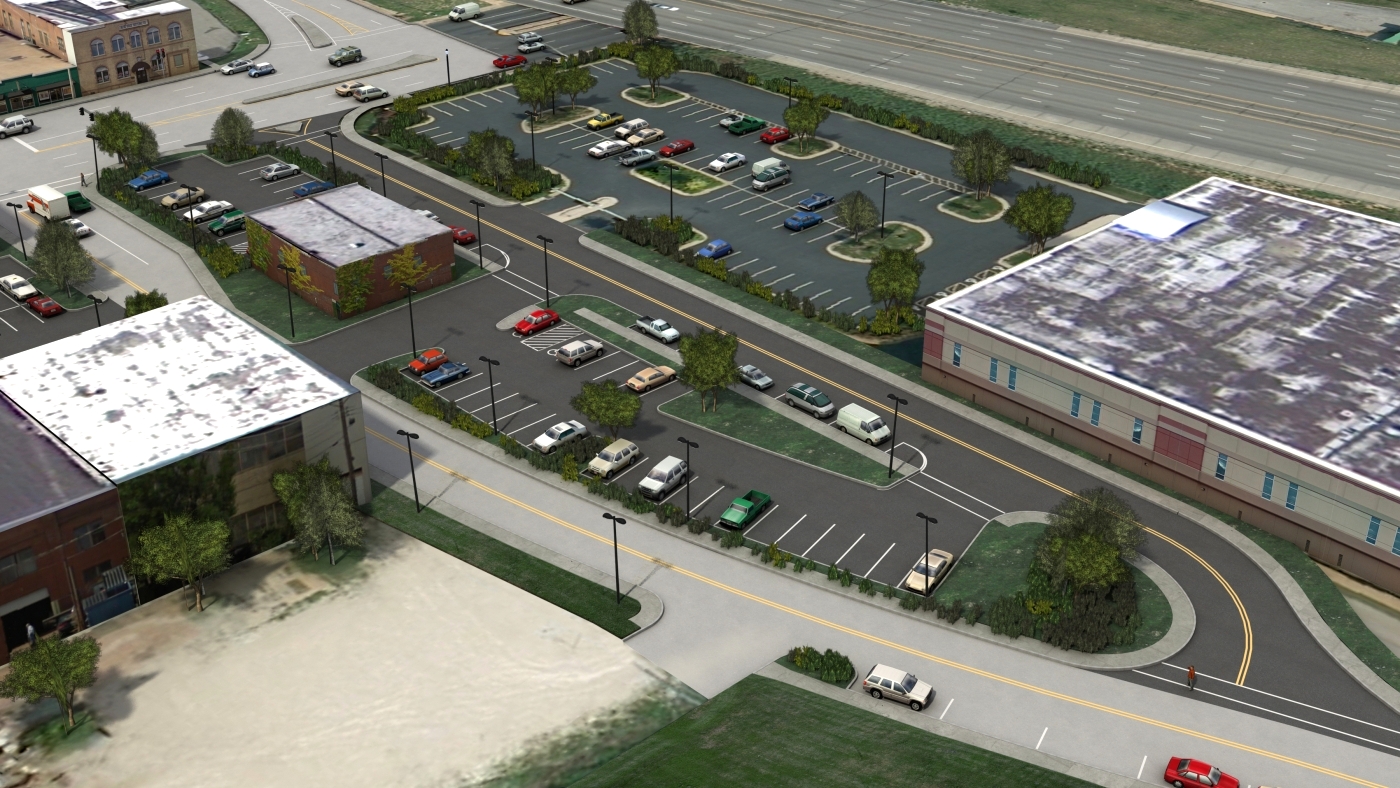 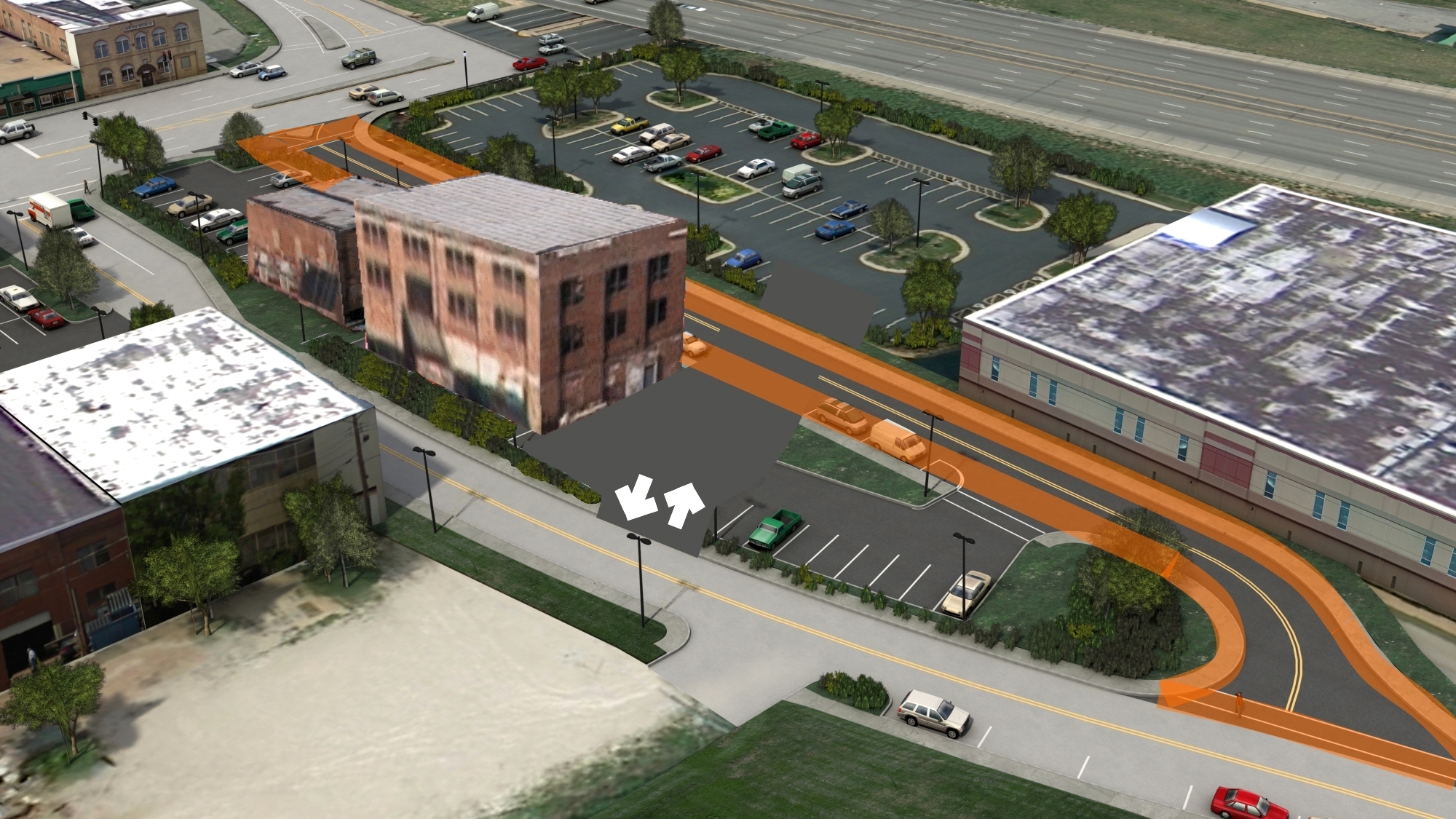 This plan simplifies traffic patterns, reduces vehicular and pedestrian conflict points, preserves a viable warehouse and provides additional parking, while costing less for the city to maintain. As-is, the plan does not best serve adjacent residents, visitors or businesses. 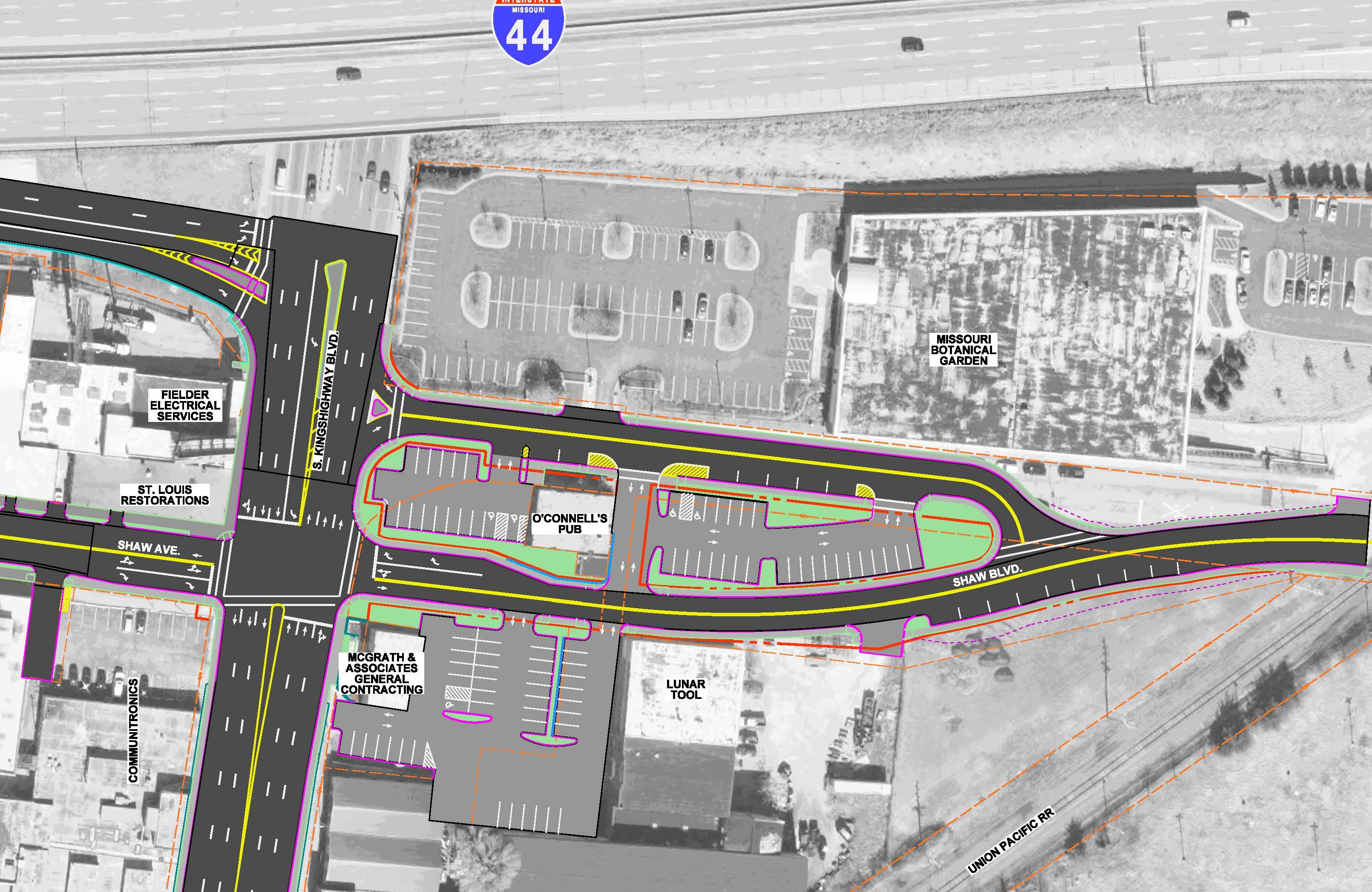 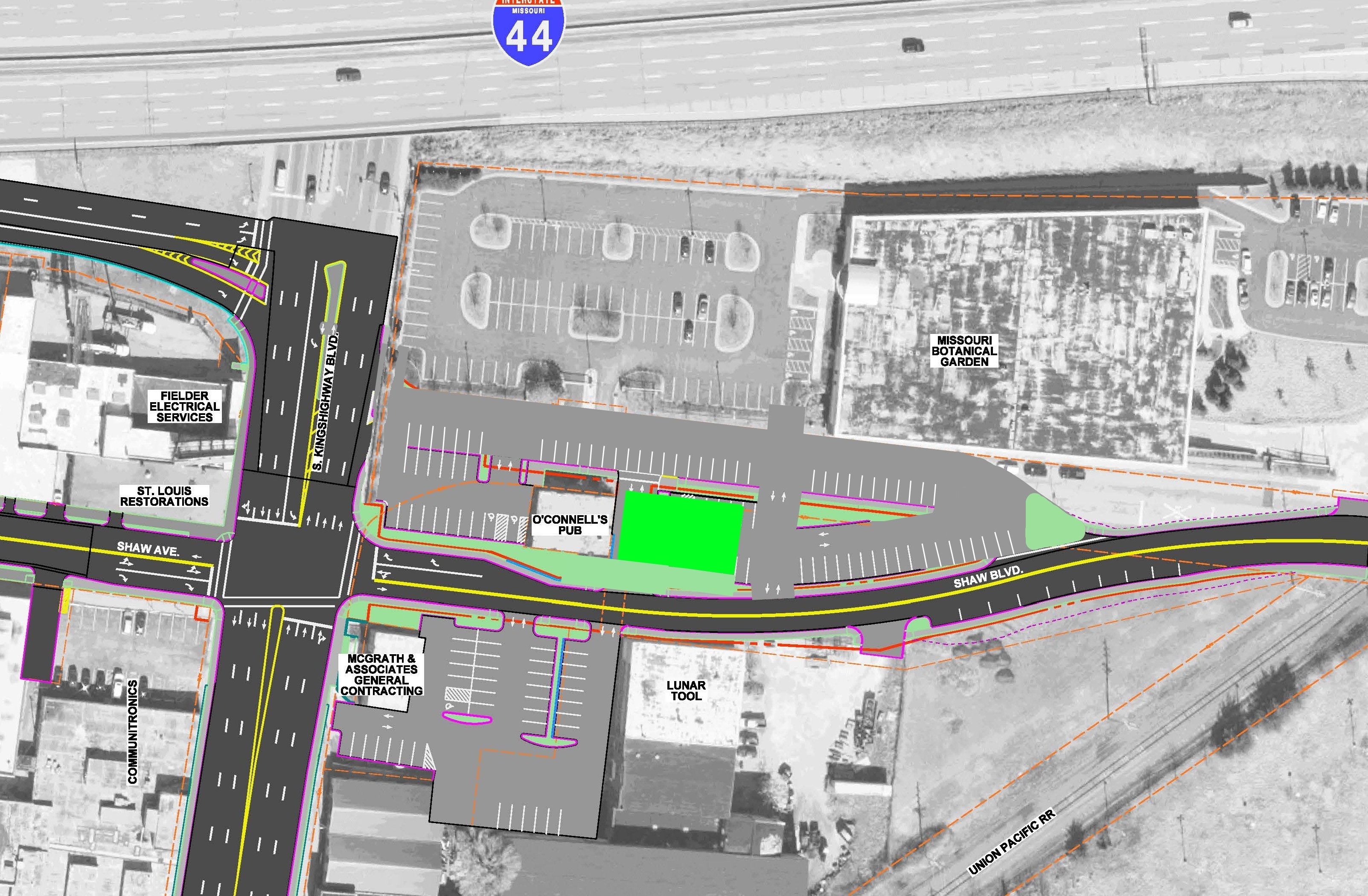 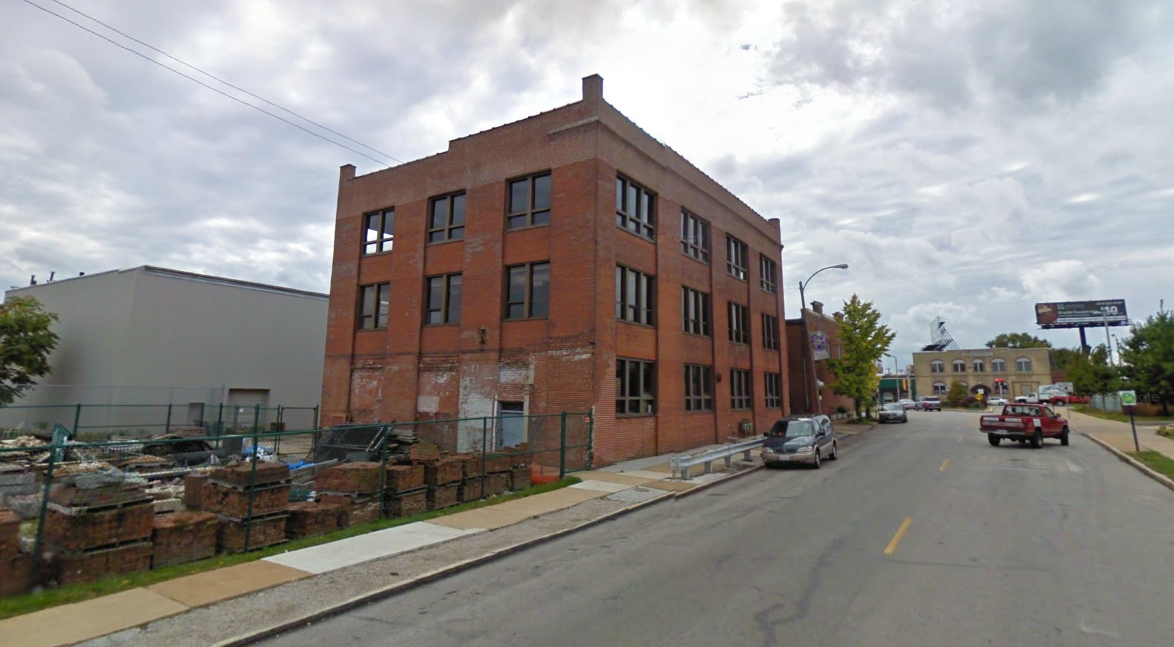 The viaduct itself will be a significant improvement. The city has smartly decided to add sidewalks where today there are none. Pedestrians traveling north-south currently access the parallel access streets and walk across the railroad tracks at-grade. This isn’t recommended, but doing so will give you peek at an unofficial skate park that has been built over several years tucked away under the structure. These parallel streets would be removed and Daggett Avenue would dead end at the viaduct from the west.

The sidewalks will be separated from traffic by concrete barricades. This is important as traffic on Kingshighway moves fast. One need only walk the 2,000-foot Kingshighway viaduct to the north between McRee and Manchester Avenues to feel the severely unwelcoming experience of walking unseparated from 40mph+ traffic. At more than 1/3mi, that can be more than a five minute walk for many.

It’s a positive step to see this issue addressed in a more effective manner than past, even recent city projects. The just rebuilt Jefferson Avenue viaduct was smartly reduced from six to four lanes, even bike lanes and new sidewalks were added. Regrettably, the width of the attractive median would have been better added to the sidewalks to allow room for a barrier between pedestrian and vehicular traffic.

{the Jefferson Avenue viaduct lacks a barrier between pedestrians and vehicles}

The initial Kingshighway viaduct plan calls for five-foot wide sidewalks and 14-foot wide outer traffic lanes. These lanes should be 12-feet with the additional width added to make the sidewalks more functional. The added lane width is, in theory, to accommodate bicyclists. Yet, not only do bicyclists know that Tower Grove Avenue (to the east) and Macklind Avenue (to the west) and far superior north-south routes, with three traffic lanes, any cyclist(s) should “take the lane” and avoid having vehicles attempt to squeeze by.

Ultimately, city planning of streets, sidewalks and other infrastructure seems to be improving and feedback from the public has often been taken into account. Whatever is built to replace the failing viaduct will be in place for more than half a century. It’s extraordinarily important to get it right. What has been presented here falls short and the city should reconsider its initial plan. 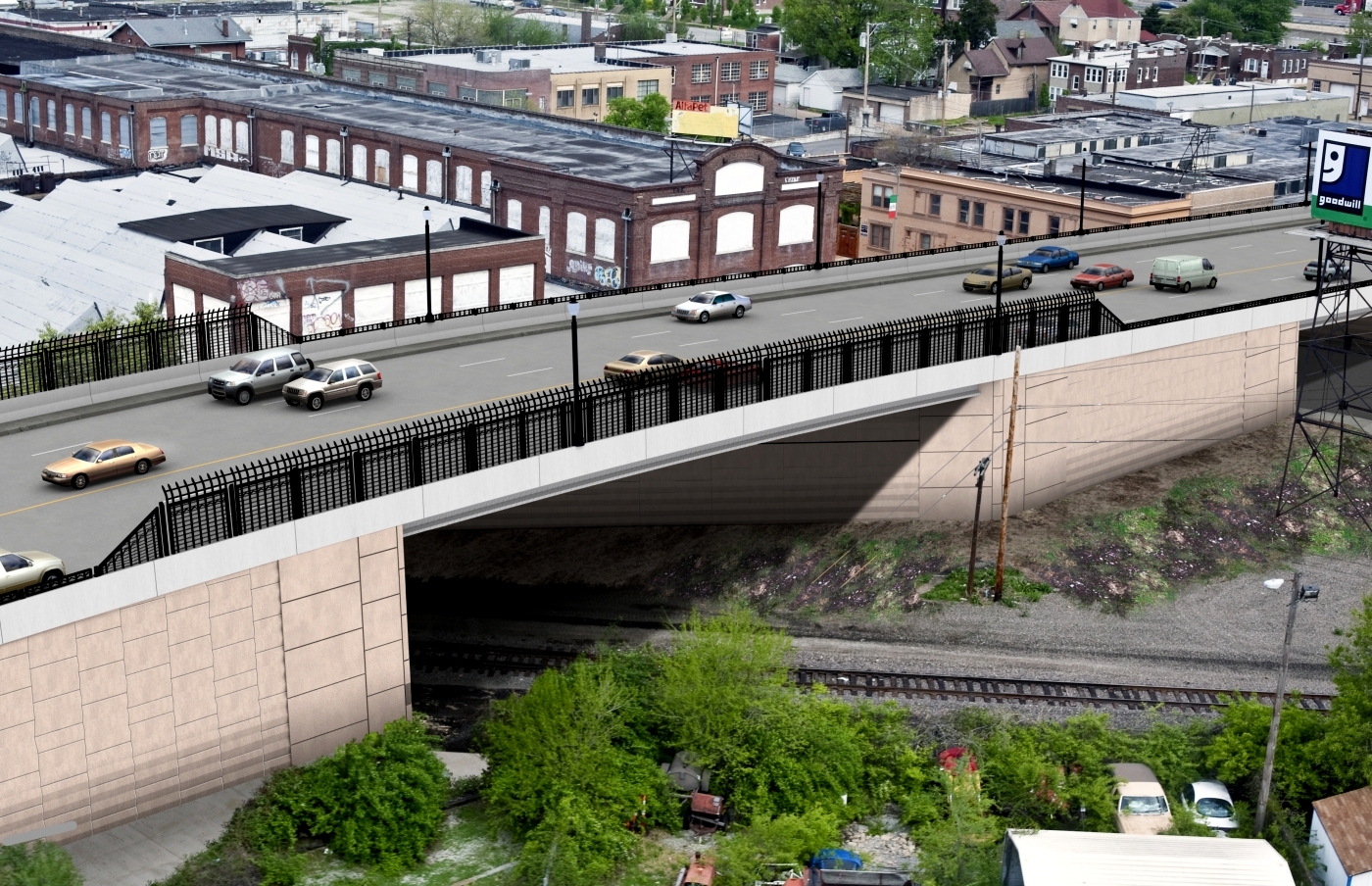