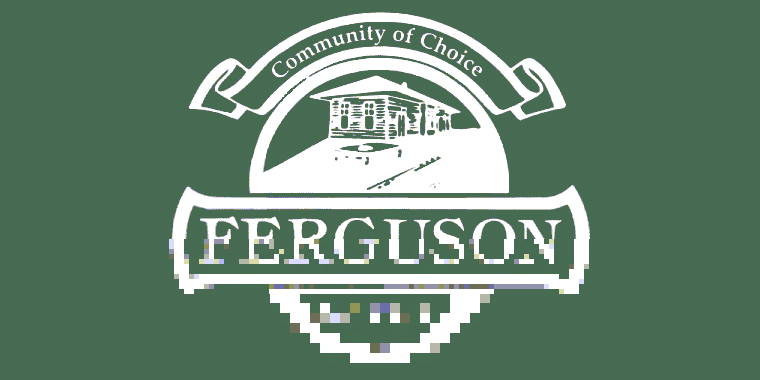 Leaders have been reluctant to call for the outright dissolution of the government of Ferguson. They’ve gone as far as calling for the overhaul of its municipal court and perhaps its policing services be taken over by St. Louis County. Worrying about who will be elected in the April 7th city council elections seems like worrying about what is going to be served for dinner on the Titanic. The heads rolling there won’t change the underlying financial fragility of the city. Working within the current construct isn’t the way forward. The continued drama in the international media and the smearing of the region demands more. 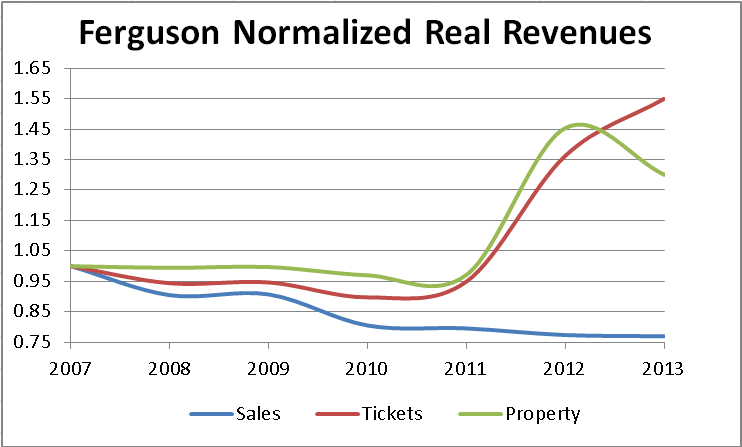 {Change in revenues inflation adjusted. Property tax revenues shot up due to the passage of an increase which has already started to erode. Like Ellisville, sales tax receipts haven’t recovered from the recession.}

Ferguson has limited resources to do anything impactful. Its revenue from traffic tickets and fines equals its debt service- not a good indicator of its long term prospects. Its property tax levy is among the top ten of St. Louis County municipalities. It has all but one of the sales taxes it can have. Given its impotence, it may be in the region’s best interest to disincorporate the city. The international embarrassment is costing us business, investment, students, tourists, and jobs.

There currently is no way for the citizens of Ferguson to disincorporate their government. It is a charter city, and there is no process in state statute to dissolve it. Hopefully HB 741 will pass and add a procedure to do so.

We have the means.

Under “The Fifth Way” of the Board of Freeholders language in Article VI Section 30(a) of the Missouri Constitution, we can do whatever we want in regards to our local government structure. To convene a board, signatures from 3% of the voters in St. Louis City and St. Louis County (4,165 and 15,514 respectively. The “Cost-Per-Required-Signature” (CPRS) recently in Missouri has been ~$6) is required. The Board meets and forges a proposal to be put to a vote. Nothing else can be on the same ballot. Majority approval is required in both jurisdictions.

(5) to formulate and adopt any other plan for the partial or complete government of all or any part of the city and the county.

Yes, this is a top-down hammer-finds-nail solution. In the case of the numerous other municipalities on the brink of insolvency, I prefer the citizens in those towns get rid of them. HB 741 would make that easier. However, in the case of Ferguson, the other 2.8 million people from O’Fallon Missouri to O’Fallon Illinois are feeling the effects of their dysfunction. We should let it go.

Update 4/27/2015- A lengthy piece in The Atlantic laying out Ferguson’s fiscal troubles. Ferguson’s Fortune 500 Company– Why the Missouri city—despite hosting a multinational corporation—relied on municipal fees and fines to extract revenue from its poorest residents