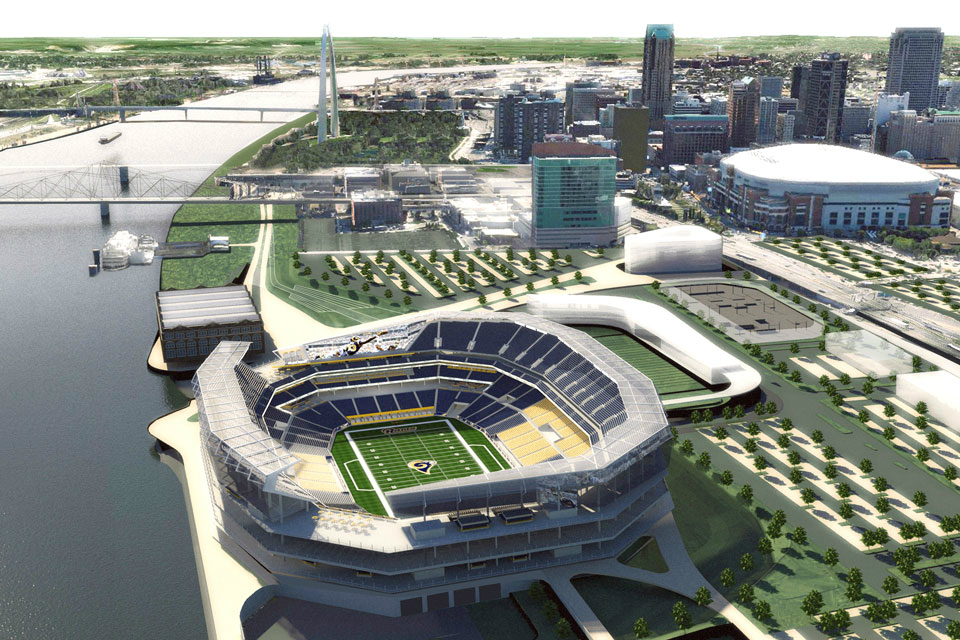 This is something we must start wondering. In the last dozen years, downtown St. Louis has witnessed the construction of a $500M casino and a $380M baseball stadium. The $700M Stan Musial Veterans Memorial Bridge is just behind the vantage point in the image. The Arch grounds project is estimated to be at least $380M. Considering the past two decades one can add the $135M Scottrade Center (seems like a bargain), and Edward Jones Dome, which will take $720M to pay off. One can see $2.6B in projects

So, just in the last few years we have $1.58B in just three projects. Just five projects total $2.44B. And including the Arch grounds and a new NFL stadium, brings the total to seven projects and $3.82B. Surely some would, and have, celebrated each investment as a vote of confidence, as a step toward a more vibrant downtown. But where’s the payoff? Where are the new jobs? Where is the spin-off development? Where is the vibrant downtown?

These projects, and smaller ones, are touted as “game changers” by developers and local officials. We’ve changed the game so many times, perhaps we’ve lost track of what we should be trying to do – build a more inviting, economically sustainable and resilient city. Where’s the return on investment for these projects? What if projects like these don’t build a better city? What if they don’t lead to a more equitable, safer, economically vibrant place to live?