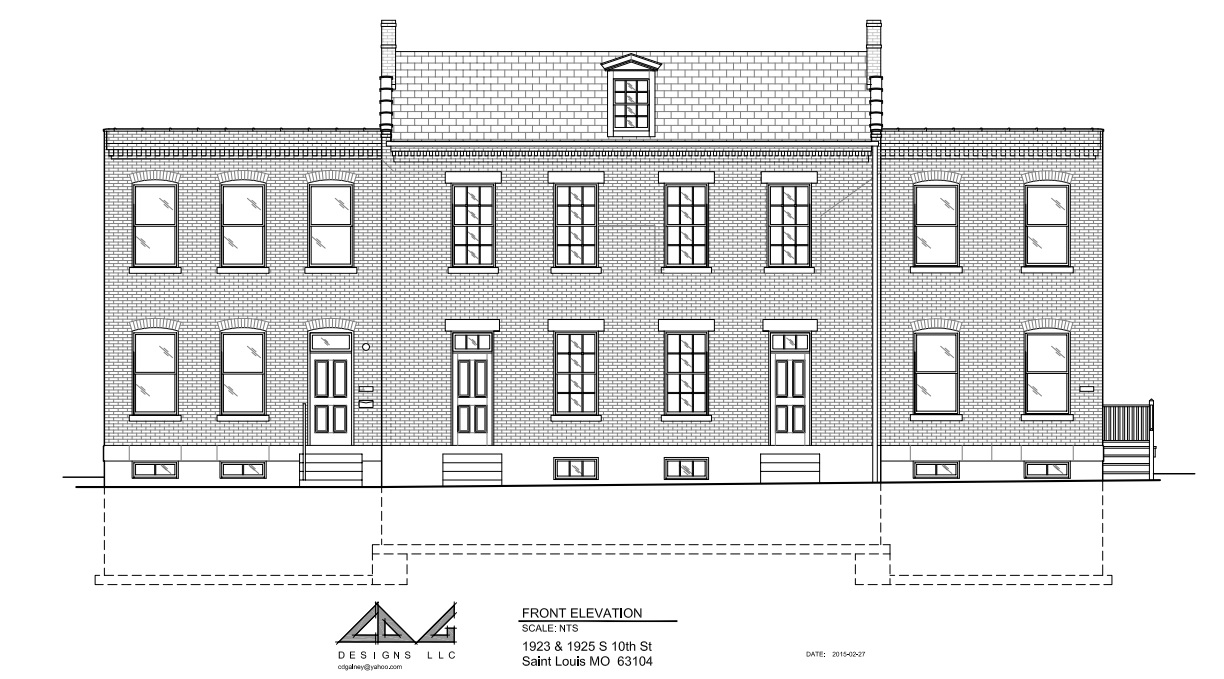 As reported in October 2014 by nextSTL, Soulard’s most desperate property will soon be seeing full rehabilitation — plus two major additions to the property that will restore the historic streetscape. The building located at 1923-27 S. 10th Street will see a $370,000 rehab of the main structure plus the addition of two attached buildings to the north and south of the existing building on what are currently vacant lots. Building permit applications were received by the city this week but have not yet been issued.

Below is the street elevation shown on Renovations Unlimited’s website. The building in the center is the existing structure; on either side are two historically-sensitive new additions: 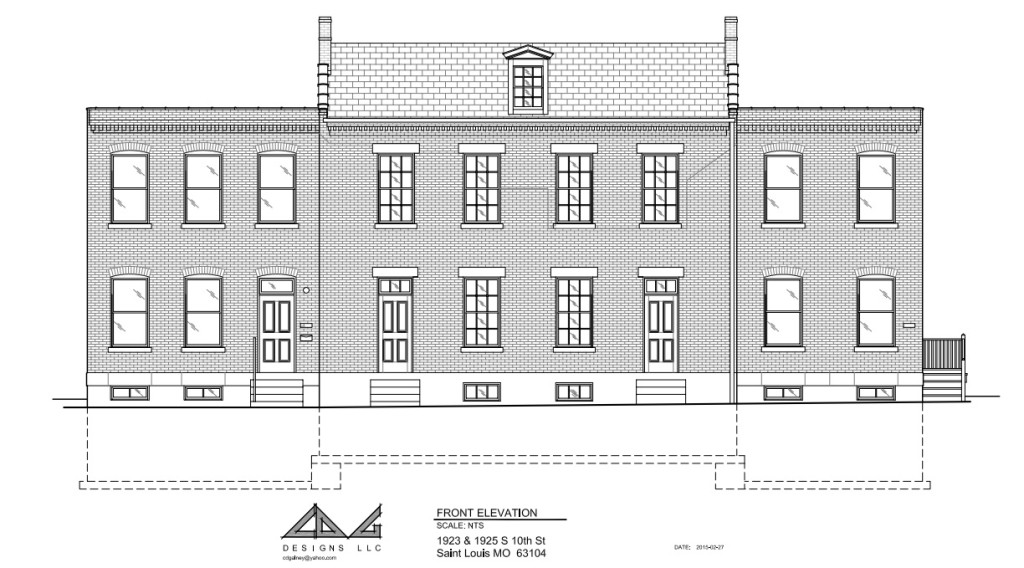 Below is a photograph of the current state of the existing building, courtesy of Geo St. Louis: 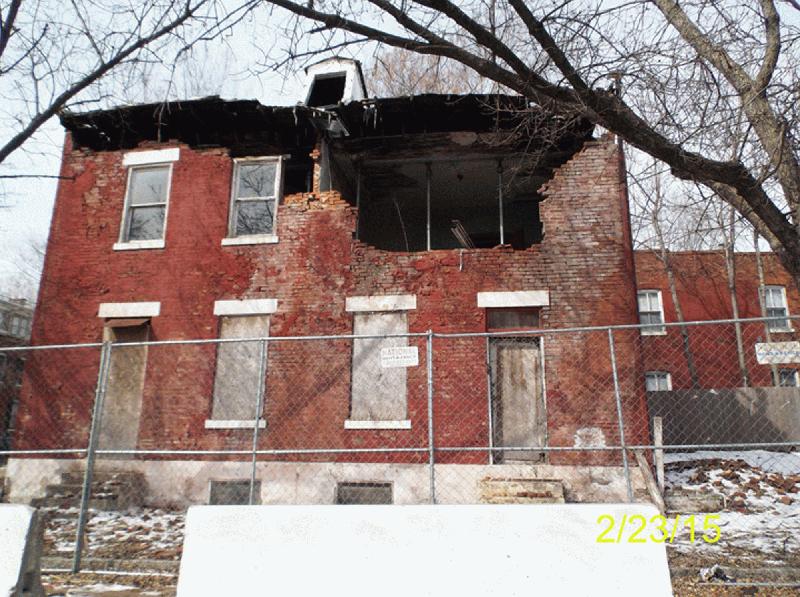