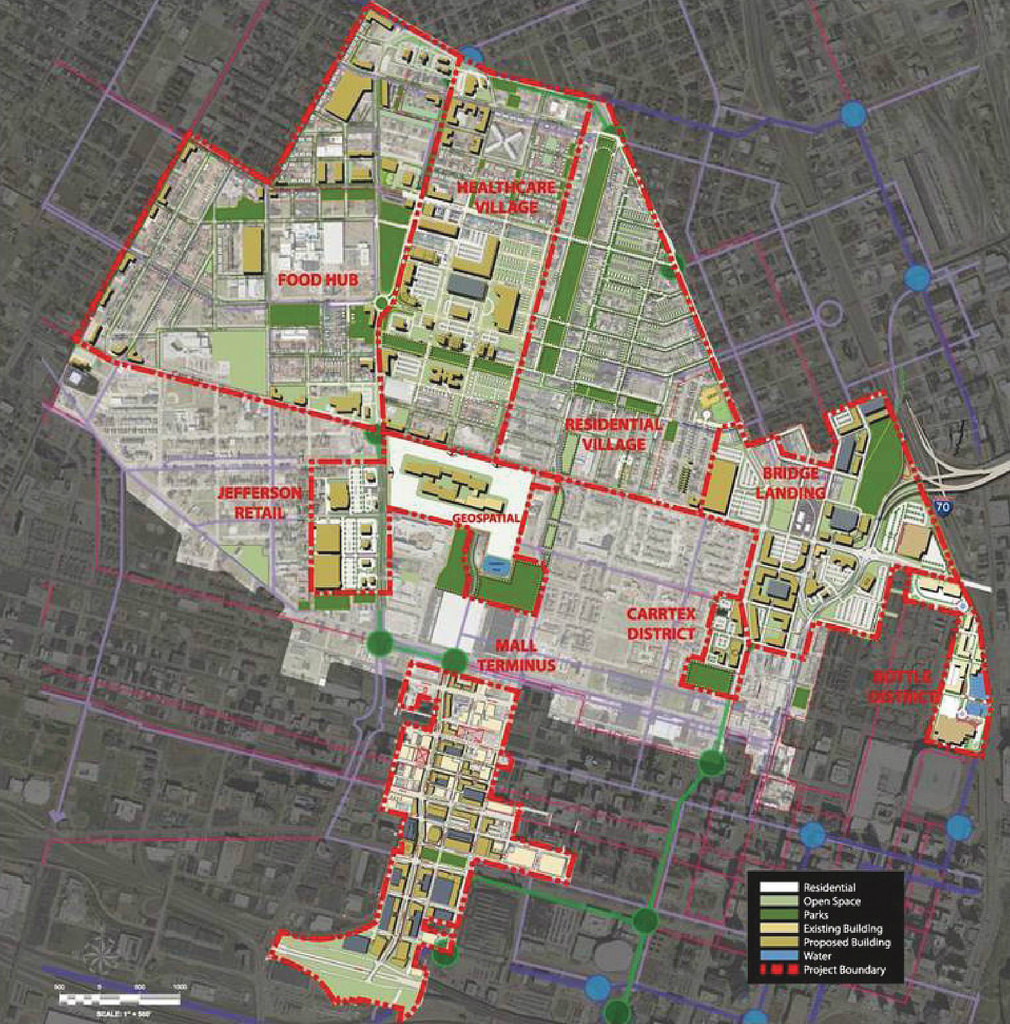 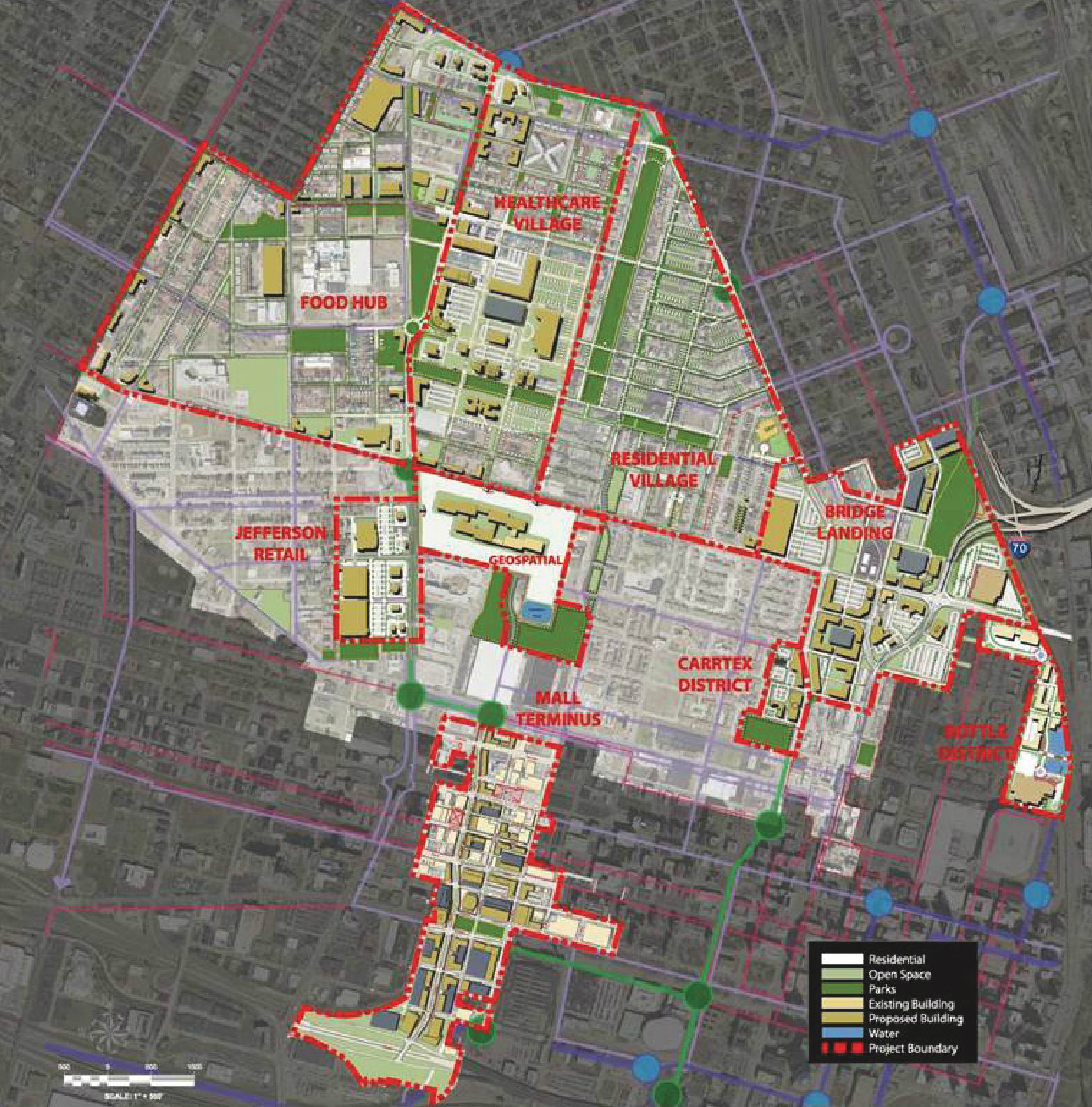 The NorthSide Regeneration project was always supposed to take a generation to complete. It’s massive, complex, and expensive. Yet, basically a decade into the process there’s virtually nothing to see. Renderings, visions, marketing brochures have all come and gone.

The Veterans Landing, a development anchored by the old Cass Bank building near the foot of the Stan Musial-Veterans Memorial Bridge has a website and site plans. That project aims to create a hub for military veterans in St. Louis. According to the project website, all entities will be managed and created by veterans and their families. The bank building would house an events center, resource hub, food bank, and more. 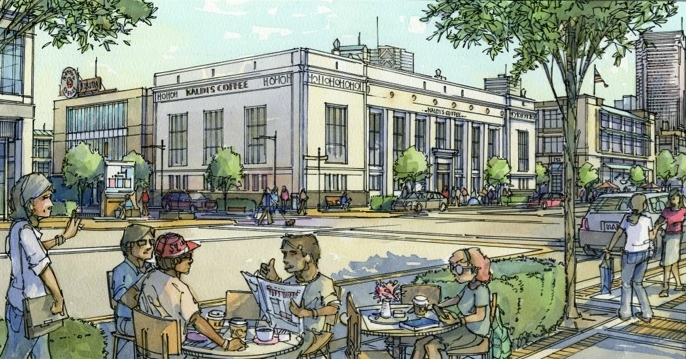 {Cass Bank would become a hub for veteran’s activities in St. Louis}

In the latest marketing materials, the Pruitt Igoe site is shown as the new home of the NGA. There’s a “Food Hub” that shows a location for “Schlafly Bottling”. Carr School is part of some ill-defined incubator. There’s a “Healthcare Village”. This could be seen as progress, or a peek at future development, but just like past visions, it looks and feels half-baked. 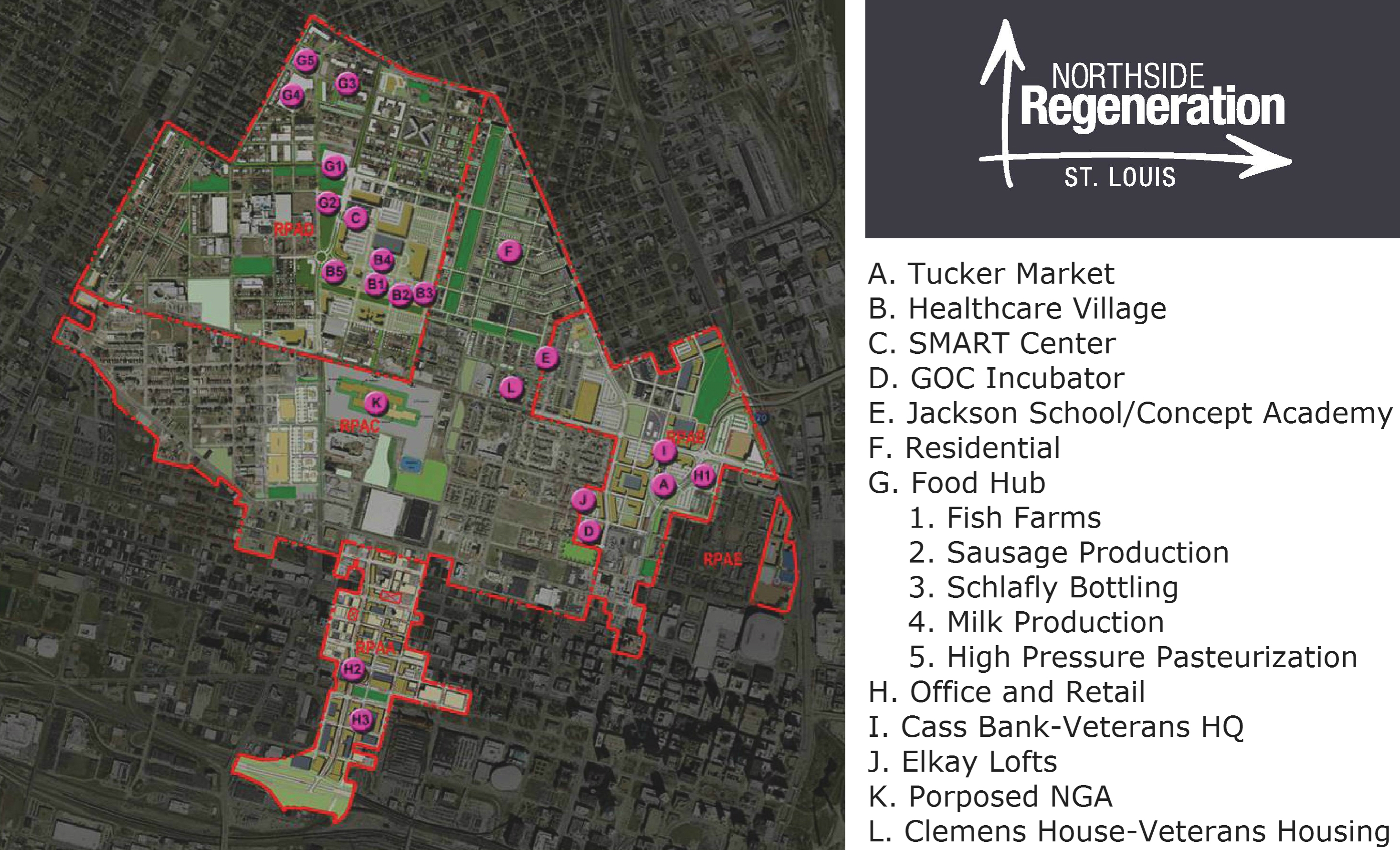 Some images are several years old. The resurrection of severely dilapidated Carr School seems more far-fetched than ever, seeing a marker for “sausage production” produces a laugh. The “Proposed NGA” at Pruitt Igoe is one-fourth the footprint we know the city is pitching. The retail hub on Jefferson has been pitched for several years. The Veterans Landing website is very amateurish. There doesn’t appear to be significant new investment behind any of this.

Will NGA ultimately choose Pruitt Igoe and the area to the north as its new headquarters? Will Schlafly bring its beer production home with a new facility in the city? Will Clemens and Carr find new life before they succumb to the next heavy rain? NorthSide has yet to get any money flowing from the city approved $390M Tax Increment Financing package. But what if it does?

{a view of just how big the NorthSide Redevelopment area is}

There was plenty of reason to be cynical when NorthSide first came to light. The project itself has produced many more cynics since then. However, it’s not cynicism or pessimism that screams caution, but experience and reality.

Yet, NorthSide hasn’t and can’t completely shed its allure. We want to believe the numbers and narrative (see more below). It’s fun to believe we can remake 1,500 acres of central St. Louis City with a grand plan. It’s exciting to think it’s possible to rebuild a swath of urbanity that took a century to develop, and a half century to become devastated. Whether ultimately a success or failure, NorthSide will produce important lessons for St. Louis and American urbanism. This is why despite the uninspiring monotony of the process, we continue to watch. 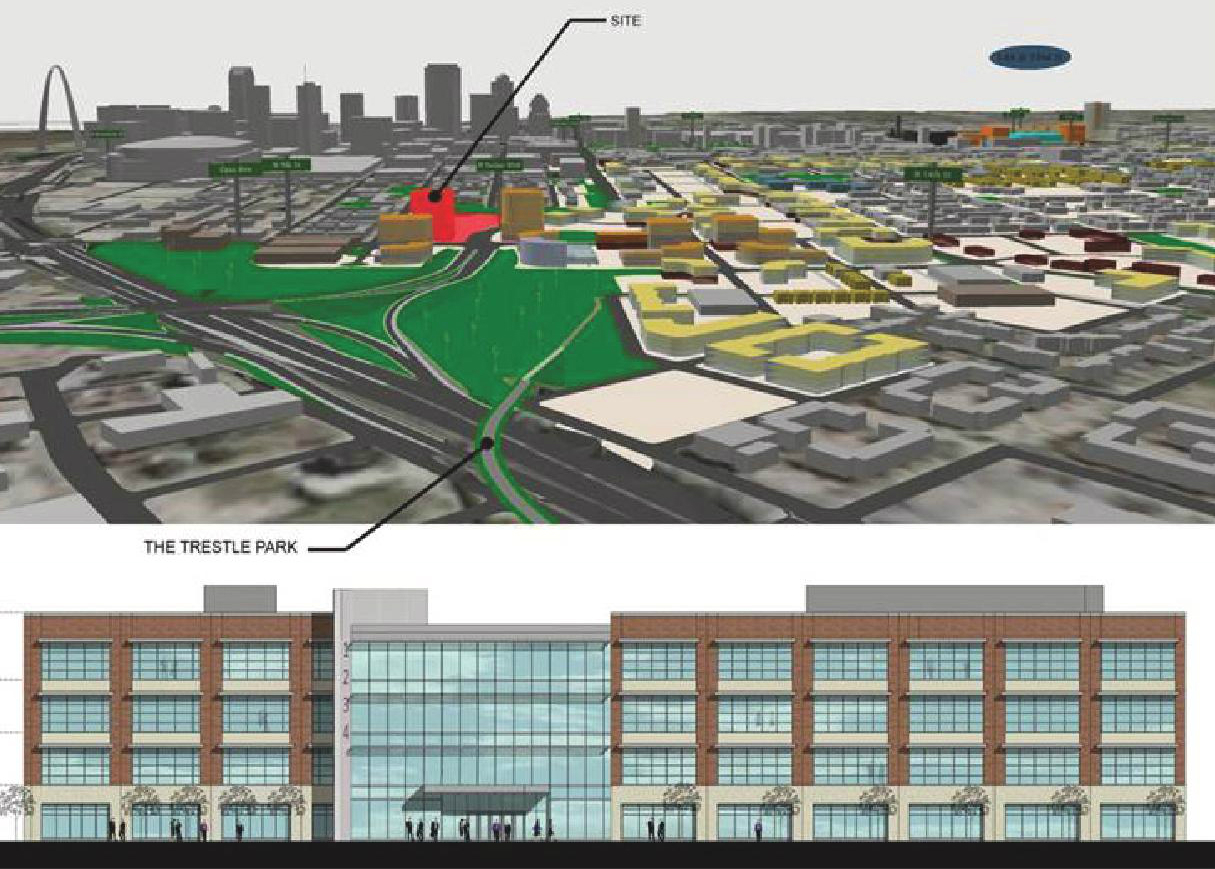 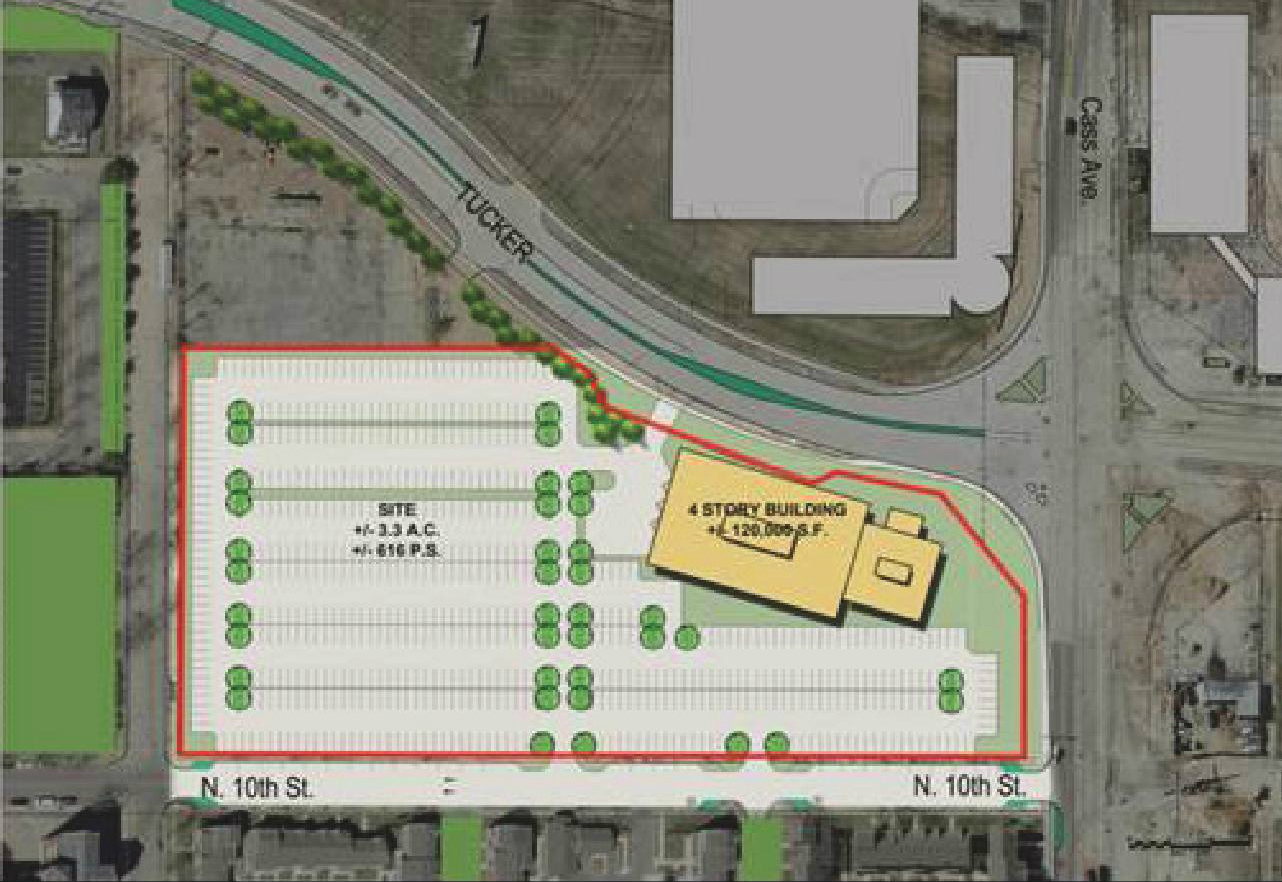 {a new building is shown at Tucker and Cass} 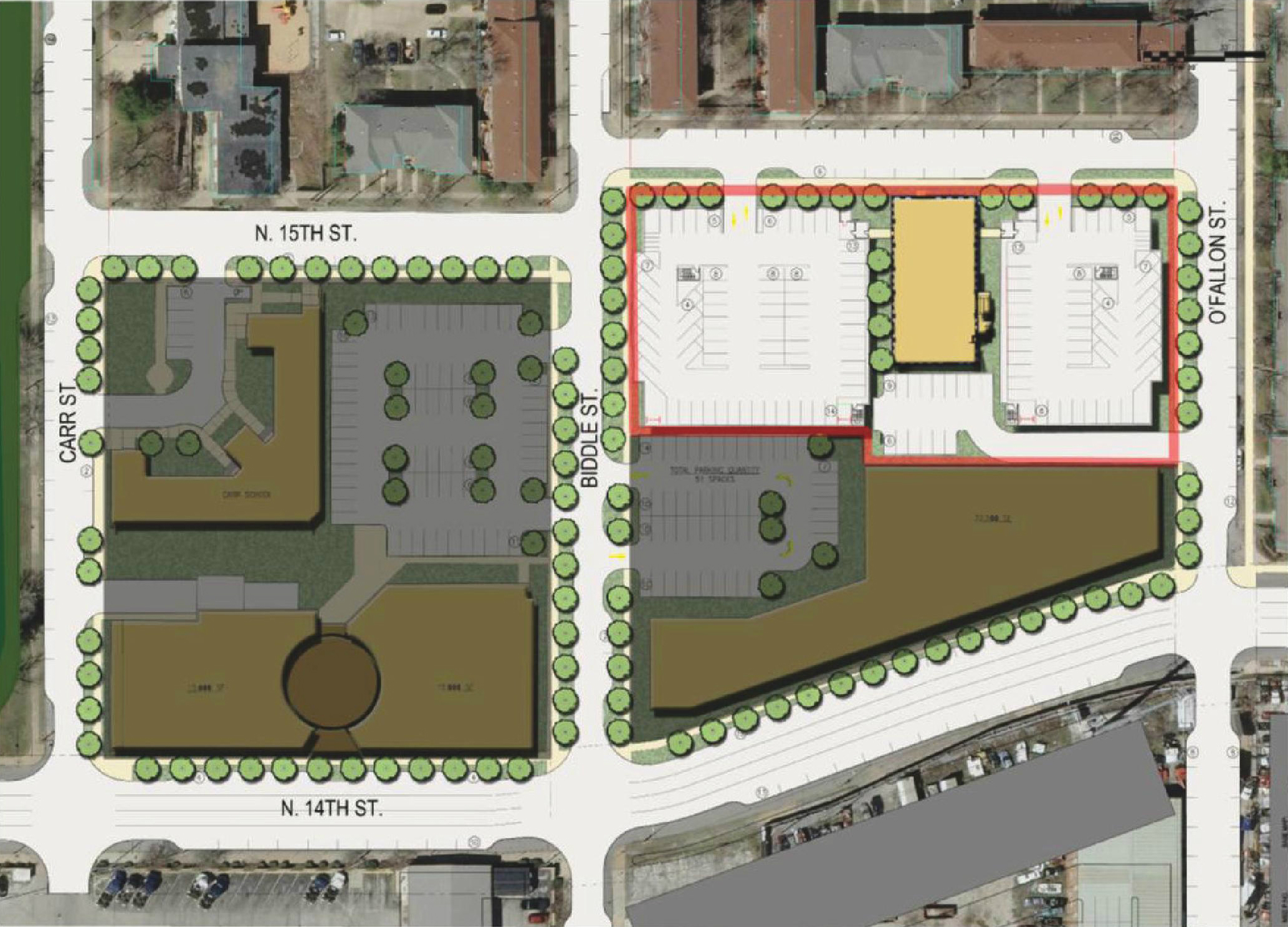 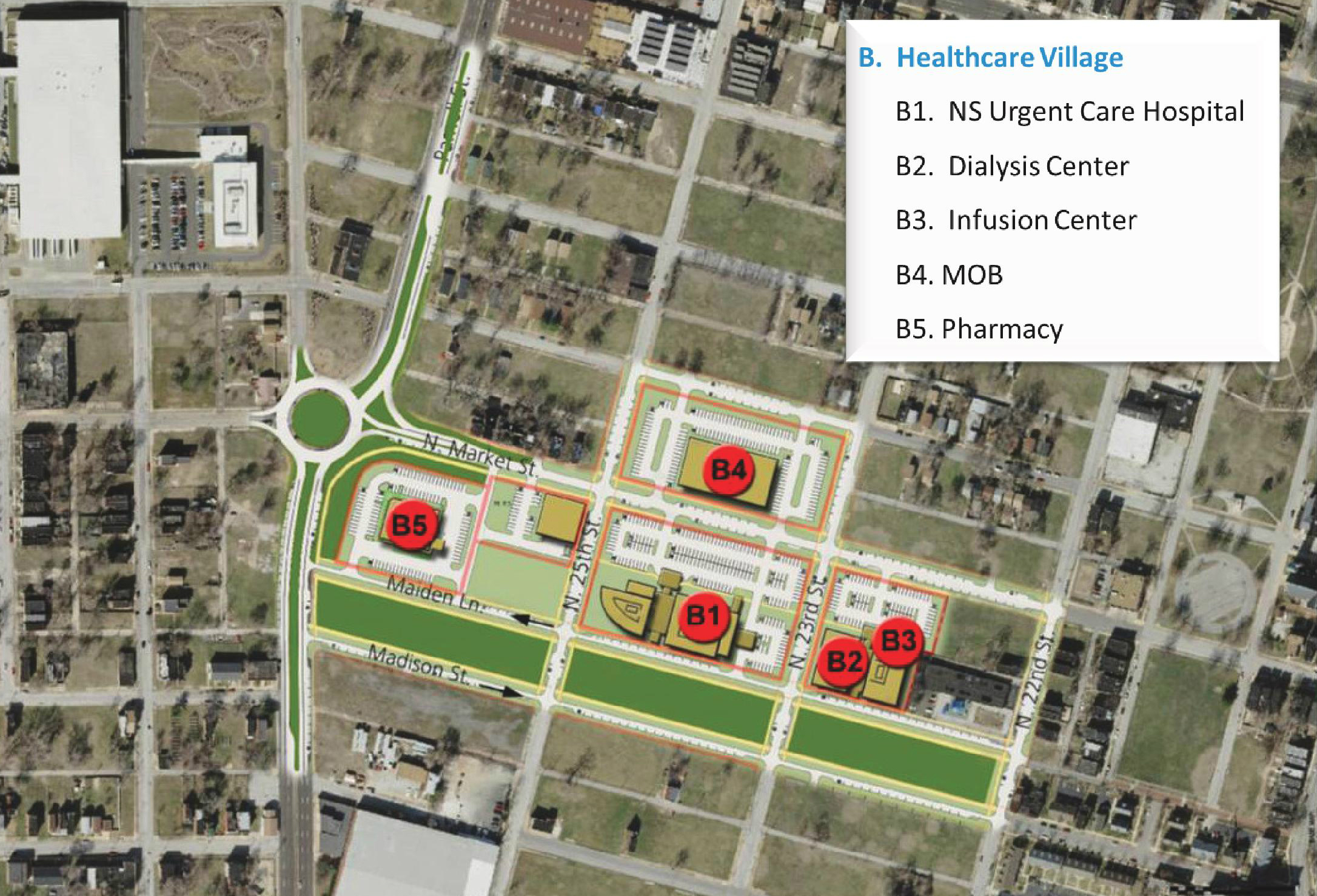 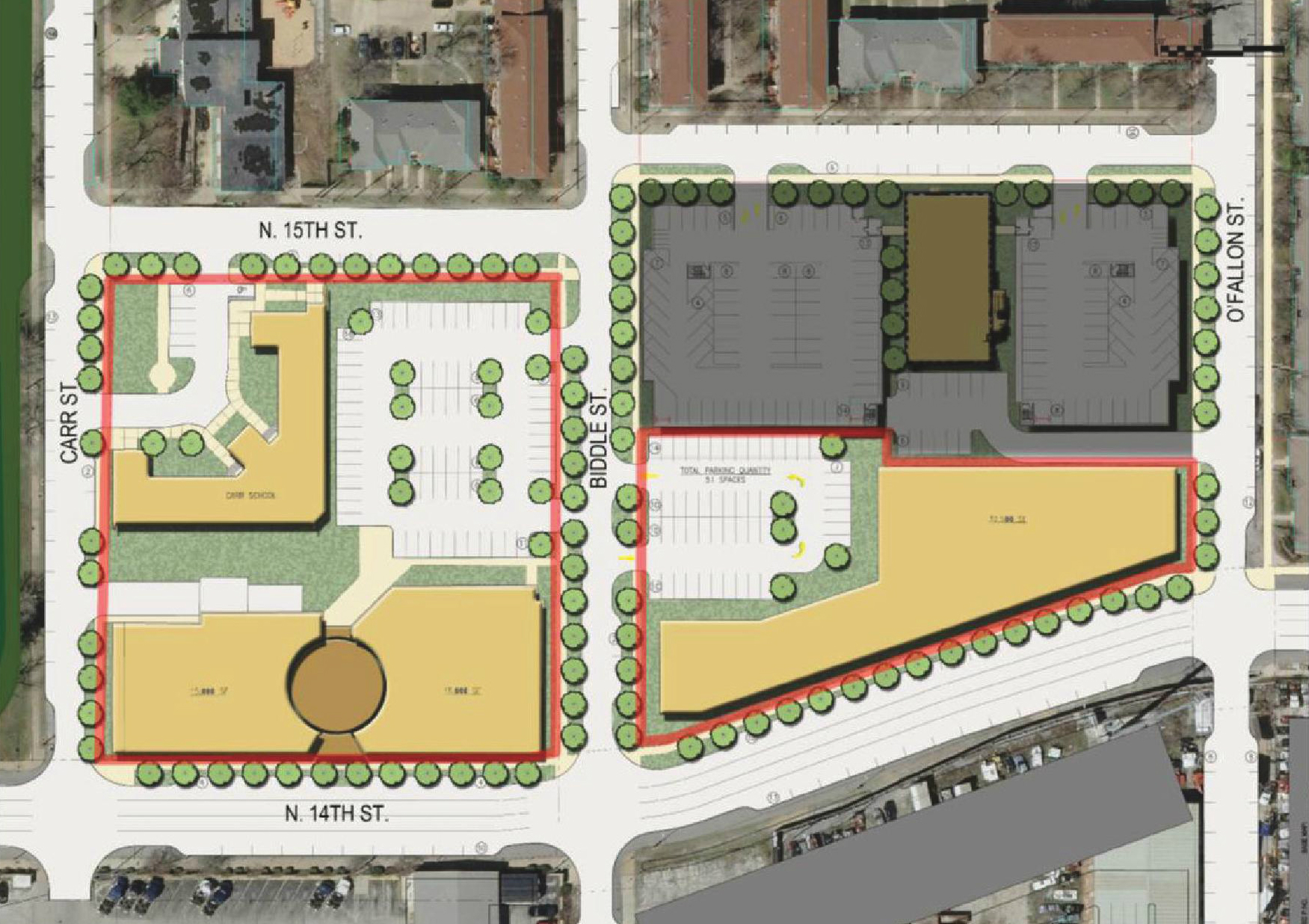 Destination and Traffic Hub: To capitalize on the 82,385 cars that pass along I-70 each day and those that travel to/from downtown St. Louis, this retail hub will feature quick grab-and-go food, coffee, grocery, sundries and other services appealing to the average commuter. Additionally, to capitalize on the nearby sports stadium and entertainment venues, the merchandise category offerings will feature destination-oriented and first-to-market restaurants and entertainment.

Neighborhoods: Two significant intersections exist on the eastern side of the project area: Cass Street & Jefferson Street and Dr. Martin Luther King Drive and Jefferson Street. Both are located in residential areas that will be adjacent to new industry and jobs. Merchandise and services will focus on grocery, pharmacy and services needed by the average family on a daily basis.

The Peninsula: The “mall-like” development along Market Street will capitalize on the already strong offices, government buildings, hotels, park/fountains that exist on the boulevard. The vision of a high-rise (office, high-end hotel and amenities) that will counter-anchor the boulevard (opposite the Arch) will be the center point of the Peninsula area commanding superior panoramas of the city. The intersecting street that runs north/south, 20th Street, will feature anchor and big box retail offering excellent visibility and access from I-64 featuring 90,937 cars daily. Ancillary uses such as restaurant, entertainment and services will fill in adjacent retail areas.