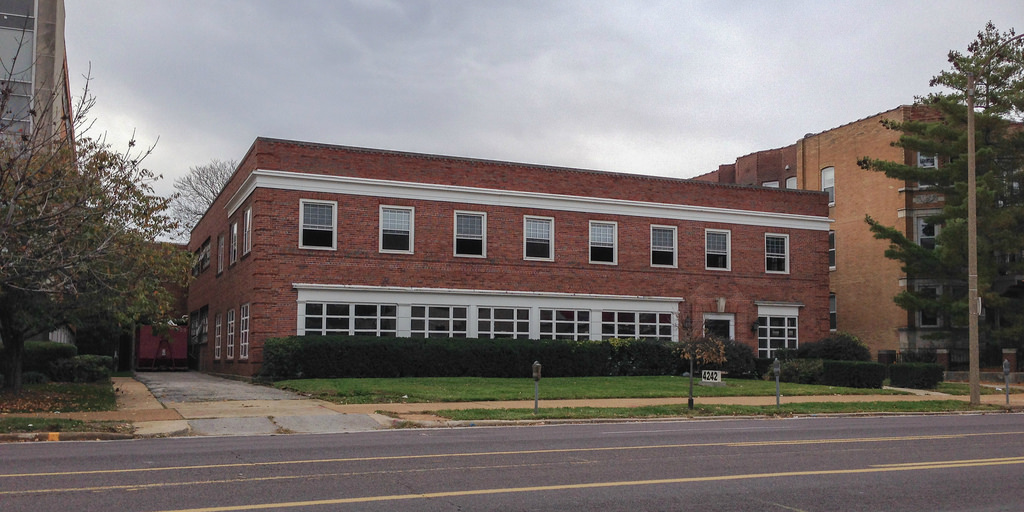 A circa 1949 office building located at 4242 Lindell in the Central West End may soon be rehabbed into 24 apartments by owner Helix Realty. Helix already manages several apartment buildings in the area. The $425,000 building permit application was received by the City last week. The permit has not yet been issued.

The 4242 Lindell proposed conversion from mid-century office building to apartments will not be the first such proposal on Lindell. Two blocks east, The Lawrence Group has proposed a residential conversion and rehab of the former St. Louis Housing Authority headquarters at 4100 Lindell, an HOK-designed building completed in 1957. Work has not yet begun on that project, though an April 2014 building permit application for a $4.3 million rehab is on file with the City. That permit has not yet been issued. For more information on the 4100 Lindell development, click here. Click here for a map of the area.