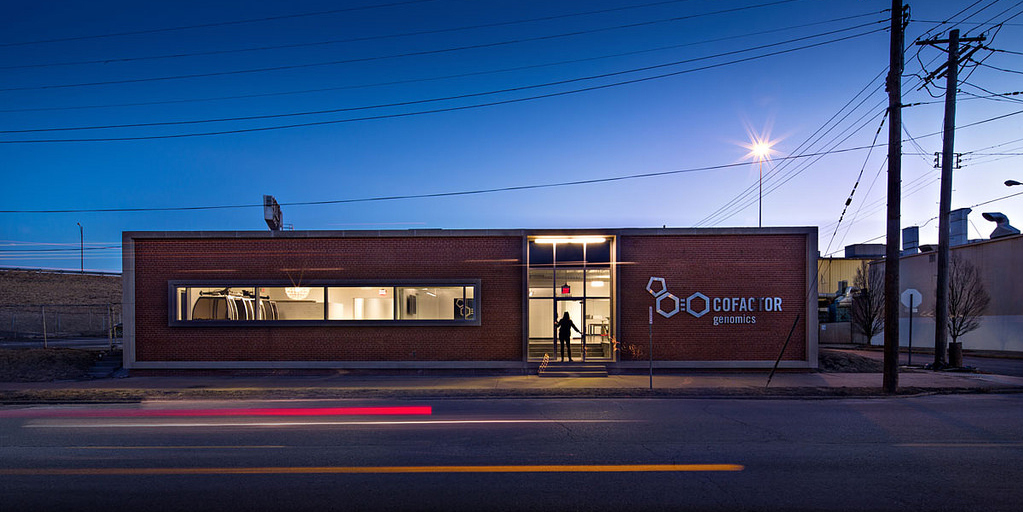 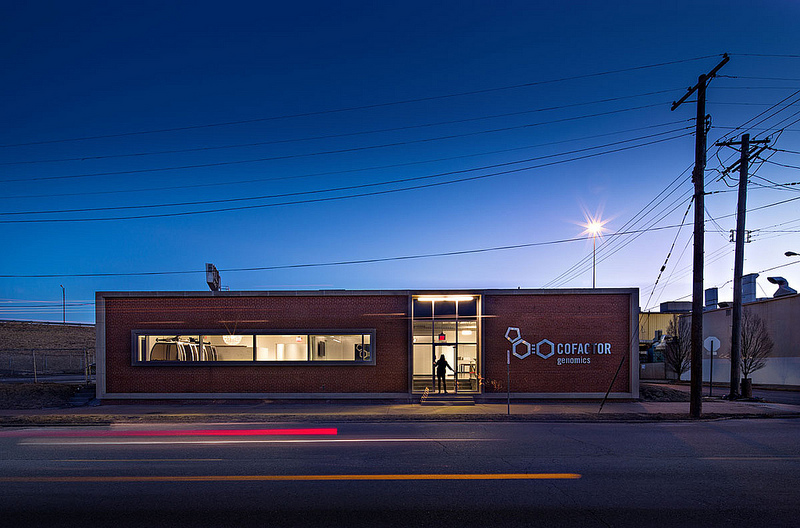 In St. Louis, dozens of warehouses and manufacturing facilities have been revived as residences, offices, and playgrounds. Landmark school buildings by William Ittner are converted to condos, as are hospitals, firehouses, and churches. You get the idea.

Repurposing and reimaging historic buildings is all the rage. Twitter is in a 1937 Art Deco building in San Francisco, Cambridge Innovation Center (CIC) has found a home in an old Southwestern Bell building here in St. Louis, now @4240.

The big, high-profile projects get the headlines, then there’s Cofactor Genomics. I remember passing their building and mentally writing it off. “Won’t survive the Cortex onslaught, and no one will miss it,” I thought. Of course I’d had the same opinion of Space Architecture’s nearby home in The Grove, and that building turned out ok. 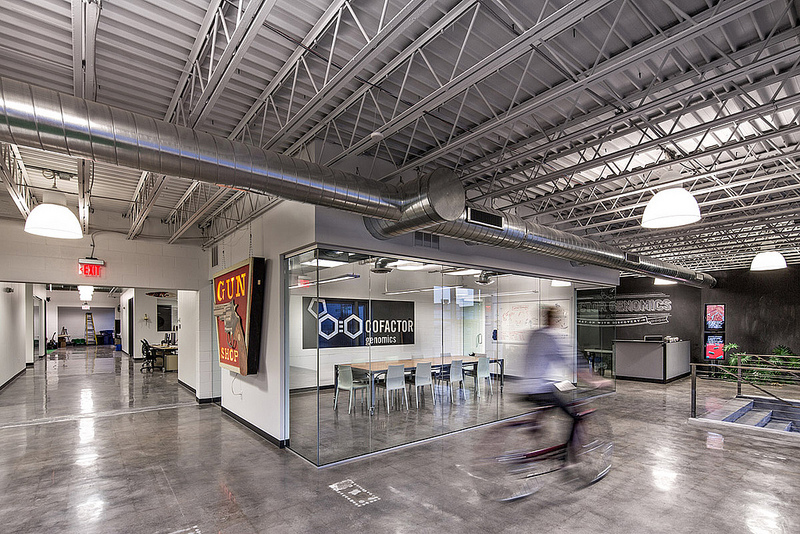 What Cofactor, along with local design firm Arcturis and Musick Construction have produced is both cool and important on several levels. New ideas need old buildings. That’s not (just) a cliche, it’s true. Start-ups, new businesses and fledgling ideas need a low cost place to start.

Started by Washington University researchers brought together to work on the Human Genome Project, Cofactor initially went looking for big venture capital support and considered launching elsewhere. St. Louis won out. Here, the start-up runway, the length of time you can continue to operate with current expected funding, is much longer, and you give up less control.

Cofactor bounced around a couple locations in St. Louis, slowing learning how inadequate the rented spaces where for the company. So Jarrett Glasscock, Cofactor Founder & CEO, hooked up with Arcturis and realized that in St. Louis, they could design their own place from scratch. 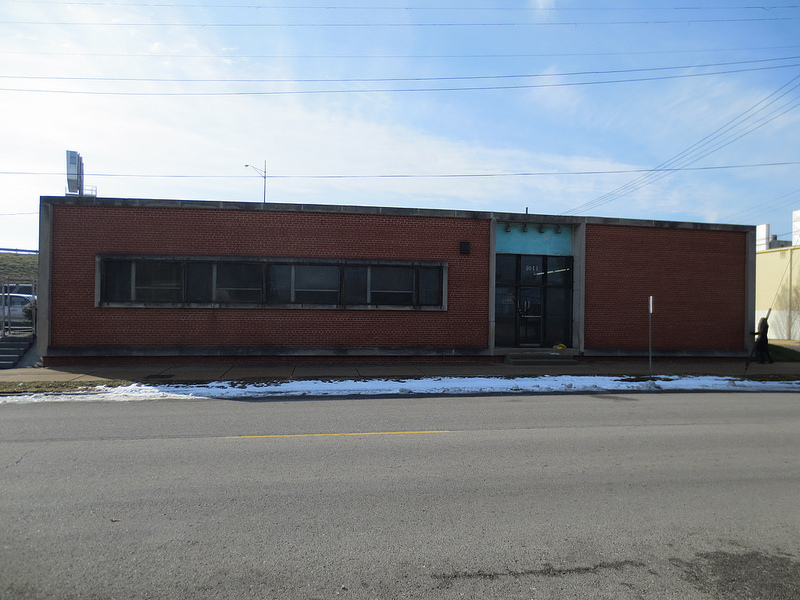 The humble 10,000sf 1956 building bounded by Interstate 64, Clayton Avenue, and Sarah Street fit the bill. Built for light manufacturing, it had most recently been used to construct components of MetroLink stations. “Once we got involved with (Arcturis & Musick), we realized that this project could be flexible and inspiring,” Glasscock told nextSTL.

Ultimately, being near the Washington University Medical School, and everything else happening in Cortex mattered a lot. “We’re banking on the future of more development. That’s what being a start-up and entrepreneur is, you’re betting on the future of a place,” said Glasscock. “You have to project 3-5-10yrs down the road, but just the fact that these companies…the diversity of the companies taking up residence in the area is what’s exciting.”

Perhaps the biggest challenge for Cofactor, like other start-ups that require a highly specialized workforce, is recruiting. “I’m trying to attract people here from both coasts. Being walkable, near restaurants and bars, everything outside these four walls is what matters to the people we need to recruit,” stated Glasscock. The company currently has 15 employees, with plans to hire and room to expand. 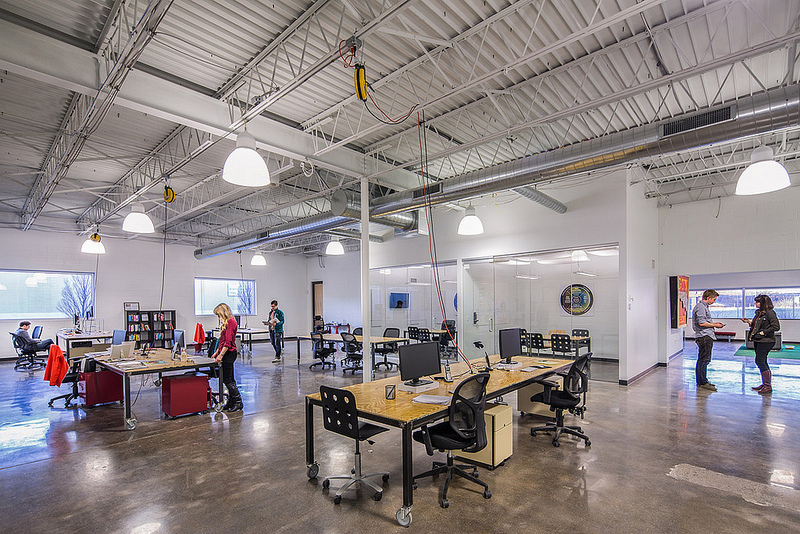 Like many companies recruiting employees to St. Louis, Cofactor felt it need to make an impression with their office as well. “You can talk to people about St. Louis until you’re blue in the face, but it doesn’t matter unless you can get them here and show them,” Glasscock said. “We’re close to 50% successful hiring the people we get to visit here.”

The key to completing a space that works for Cofactor was the firm’s ability to express the drawbacks of their other spaces, and trusting the designer to get it right. “The key to us was to listen to Jarret and his team about their struggles, keeping their team connected, creating flexibility, and bringing in natural light,” Arcturis Senior Associate Chrissy Hill Rogers told nextSTL. 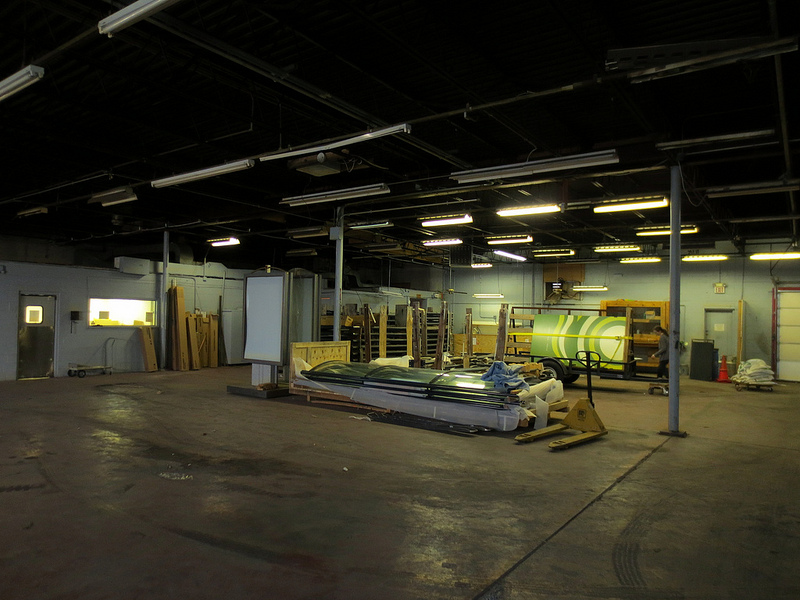 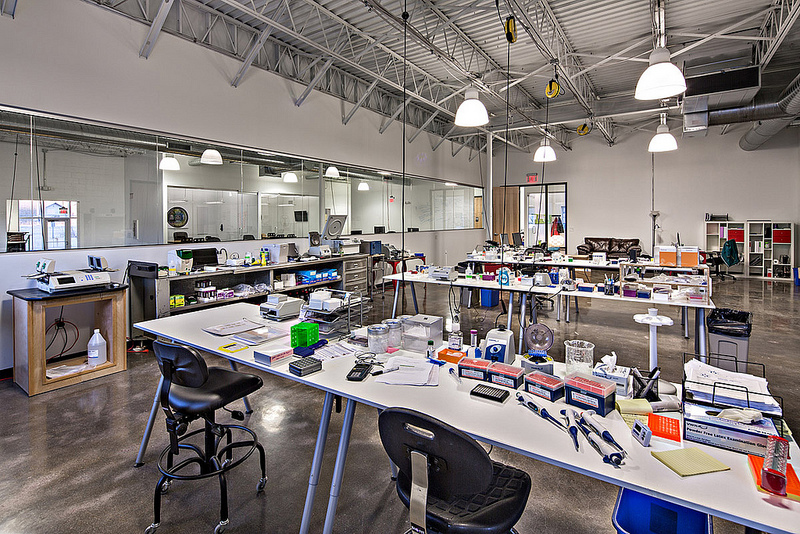 And there’s not doubt the unlikely building has been turned into a modern office that would be right at home in San Francisco, except for one thing. Glasscock was recently in San Francisco giving a talk hosted in a 20,000sf building, roughly twice the size of Cofactor, that’s home to 32 companies.

In St. Louis, Cofactor has enough space to drop a couple ski gondolas in the lobby as work stations. Yep, the Arch grounds and zoo might be talking about them, but they can already be found here. Why? Jarrett was looking for something different and found a gondola on eBay. He didn’t win the auction, but he did contact the seller who happened to have a few more sitting in his yard in Montana. Cofactor sent a staff member out to inspect them. They arranged to shipped them back and here they are. 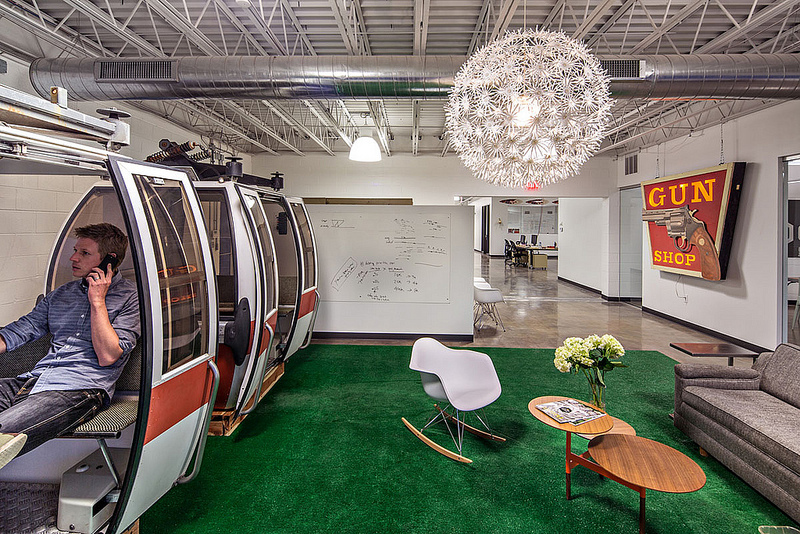 While the location within St. Louis mattered to Cofactor, the location in the world doesn’t matter much to its clients. Nearly all the company’s business comes from outside St. Louis, and at least 30% is international.

Maybe a little furry example would help: The black-footed ferret was thought extinct on two occasions this past century until a small population was found hiding out in Wyoming. They’ve been bred in captivity since, but are showing signs of inbreeding. Cofactor is sequencing the genome of four ferrets. That information will be put online and the detection of very specific genomic changes will be crowdsourced.

If ferrets aren’t your thing, or you just want to know more, check out the Cofactor blog for items such as “Ribosomal RNA removal is never a clean sweep”, and “How noisy is your RNA-SEQ process? – An in-depth look at process noise”.

All you really need to know is that they’re doing cool stuff, in a quiet corner of Cortex in a once-bland brick and cinder block box that no one would have missed. Cofactor demonstrates the value of location, and Arcturis shows that virtually any building can be remade.

The 380,000sf big blue boxes get the headlines, and it’s good to see some larger buildings find new life, but if Cortex, and the City of St. Louis is going to foster the kind of innovation, creativity, and economic growth everyone loves to talk about, there will have to be many more Cofactors, and many more unlikely buildings remade.