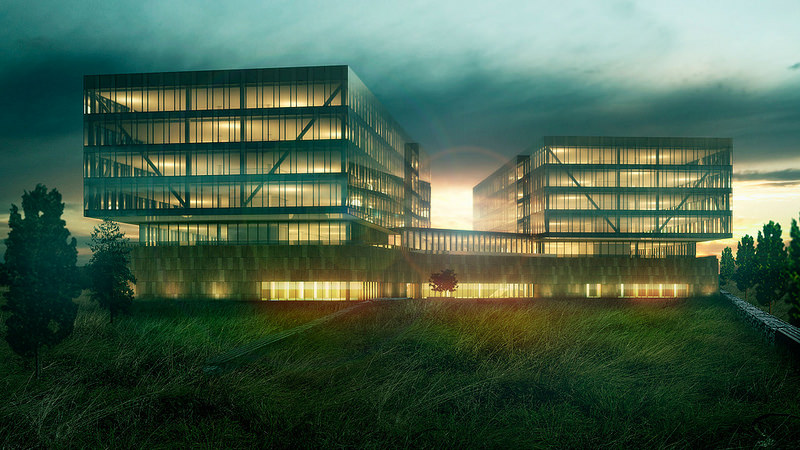 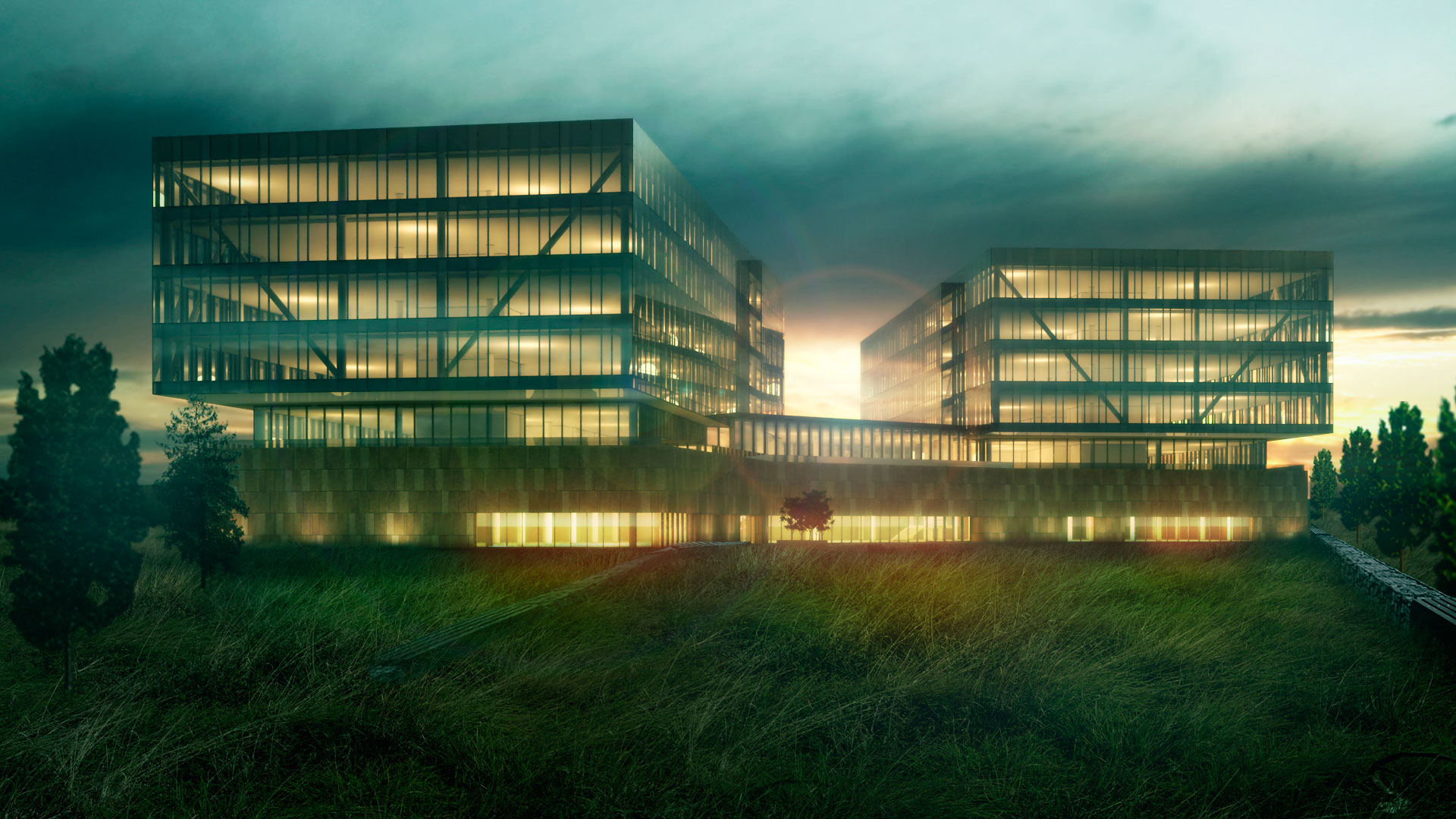 Big changes are coming to Forum Studio. Beginning yesterday, the six-person staff of Chicago based Longo/Park Design Workshop has joined Forum Studio, a full-service architecture firm affiliated with Clayco. Jay Longo will serve as President and Jennifer Park as Principal as they lead the architecture and design company. Forum Studio’s founding President Chris Cedergreen will serve as Partner and Chairman of the 80-person firm.

Part of Clayco’s quickly expanding integrated services approach, Forum Studio is the design arm of the development firm which also includes Concrete Strategies, and Ventana Design-Build Systems. Just two years ago Forum hired Chip Crawford, a senior vice president and founder of the global planning group at HOK in St. Louis, and four other architects from HOK to bolster its roster. 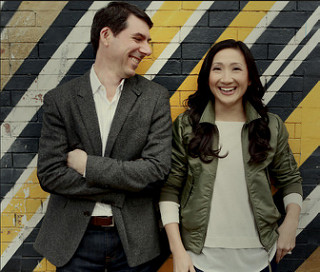 In January 2013 Clayco announced it would move its headquarters to downtown Chicago, a bit of a formality given that Clayco Chairman and CEO Bob Clark had lived in the Windy City since 2010. In 2013 Clayco had nearly 300 employees in Chicago, and approximately 700 in St. Louis. Clark stated at the time that both offices would continue to grow.

Speaking to nextSTL, Longo said he’s excited by the integration offered by Forum Studio and Clayco, “(architects) suffer if we don’t understand the market, what’s happening out there, and what’s preventing our design from being completed. Sitting on the same floor as a guy who’s been in the glass industry for 30 years is incredible.”

In Richmond, Clayco and Longo/Park used this type of collaboration to design the facade for the parking and retail podium of the high-rise Gateway Plaza. An initial design requiring labor-intensive on-site construction was modified to be assembled using prefabricated components without compromising the design itself. 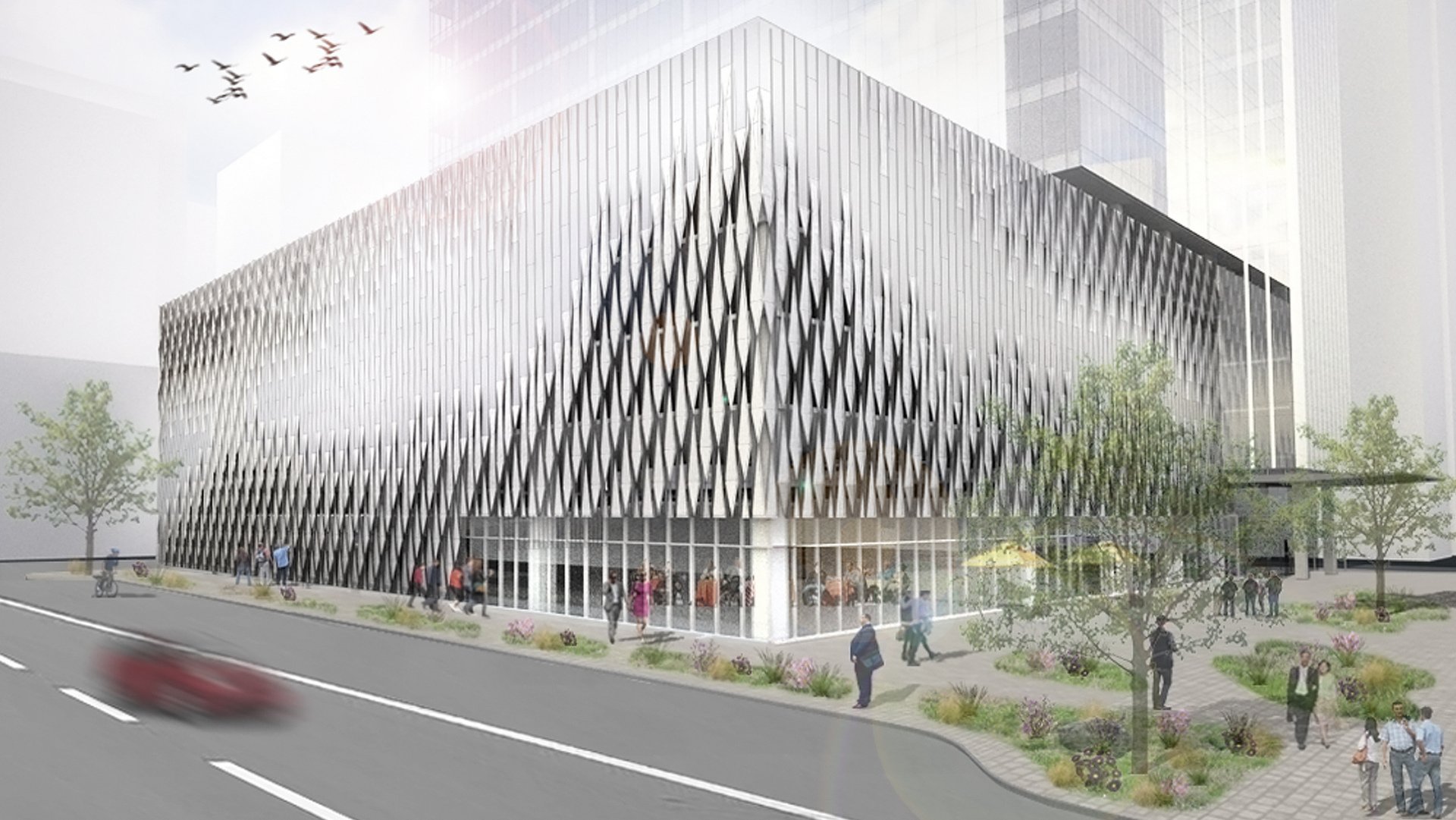 {the Gateway Plaza facade was redesigned to use prefabricated components} 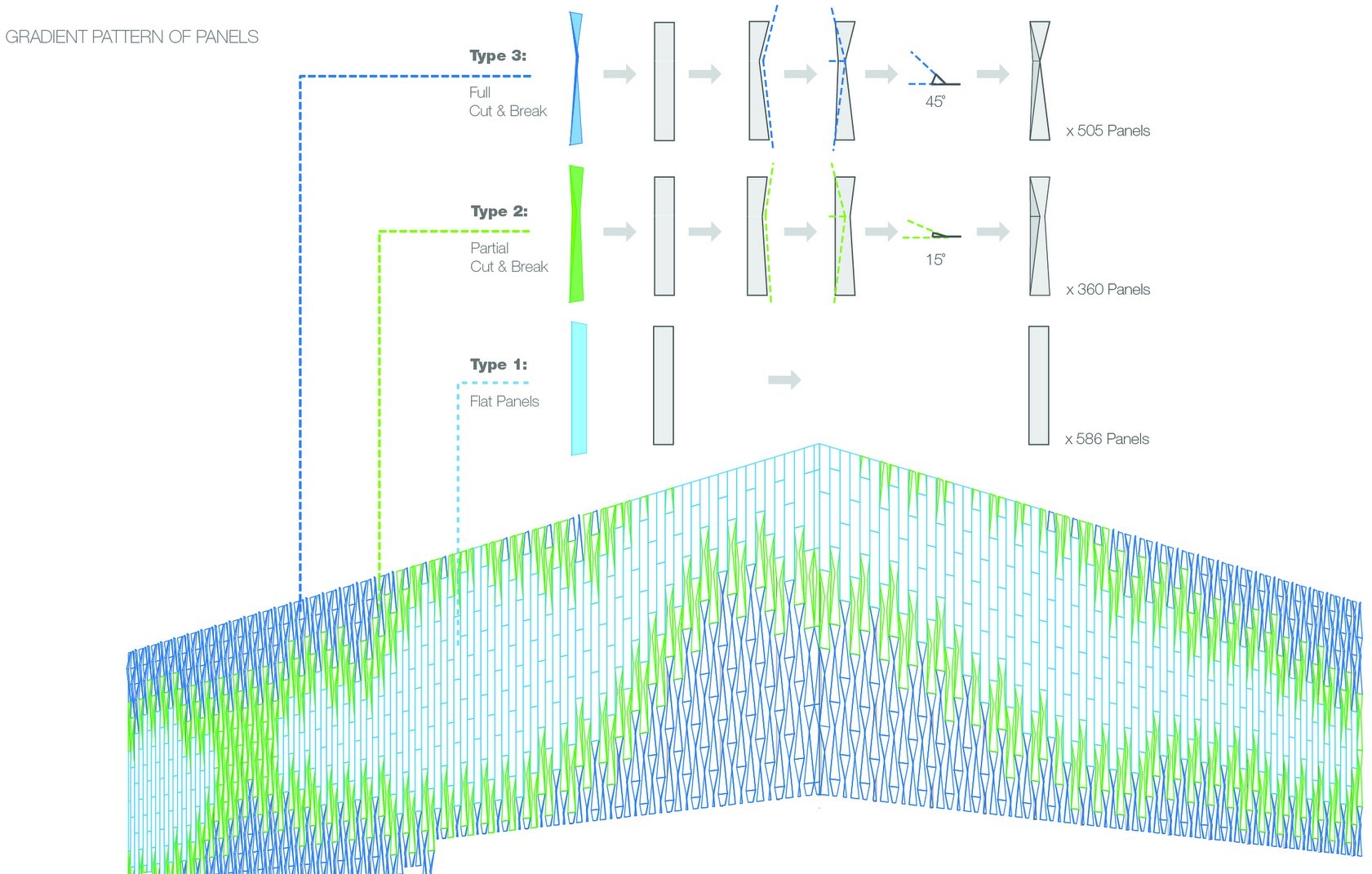 Having worked on the RGA project and past campus planning with Brown Shoe Company, Longo and Park have some familiarity with St. Louis. “I see the last five years being very exciting in St. Louis with the Arch competition, sculpture park (City Garden), Washington University projects…” Longo told nextSTL. “I’m seeing a rebirth in design and design thinking from the suburbs to Clayton, to downtown.”

As a firm, Longo/Park focused on research-based architecture. “You have to fit architecture into the culture of the times and be relevant,” Park stated. “The difference is using design efficiently and effectively to meet if not surpass our fast-paced society. More than filling the gaps, we need to generate new cultural waves with architecture.”

Park told nextSTL she’s excited to see more of St. Louis. “There’s a lot of history in St. Louis, the old and new coming together, a rich city fabric to work with, and a resurgence back to the city center,” Park said. 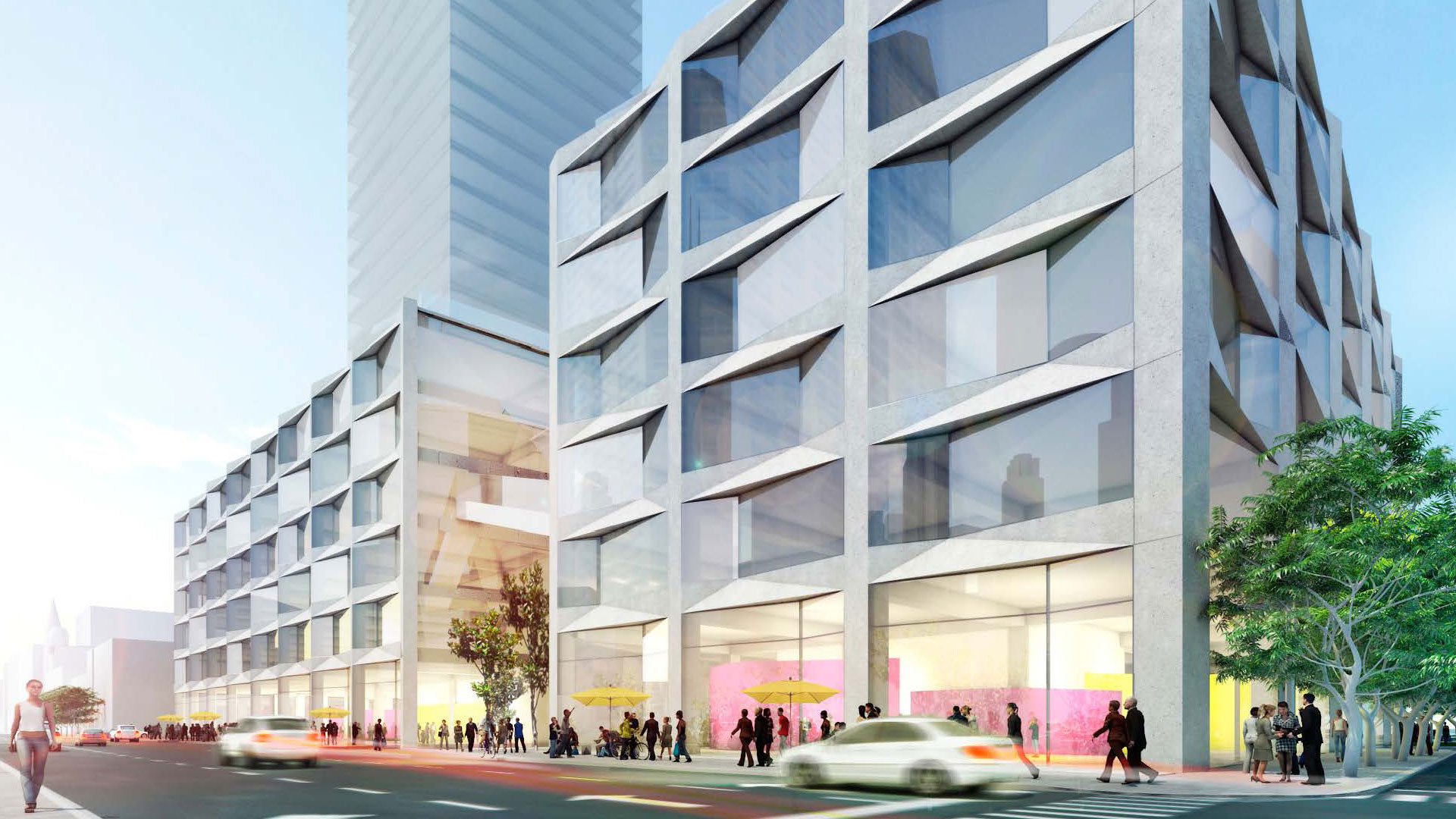 While design work continues to take them around the world, and into the St. Louis suburbs, Longo says all their work “feeds our passion for urban projects.” Seeing a renewed focus on urban development as a worldwide trend, he believes St. Louis can benefit. “St. Louis is a tipping point, with a real opportunity in this economic upswing to do some really exciting things downtown and elsewhere,” Longo says. “I encourage every client to look at a downtown location first.”

Longo and Park have designed a wide variety of projects, from the suburban St. Louis RGA campus, to the urban office tower for 645 West Madison in Chicago, to a private residence rehab, and the non-profit SOS Children’s Villages. Their professional experience includes academic buildings, mixed-use retail, interior design and urban master planning as well. 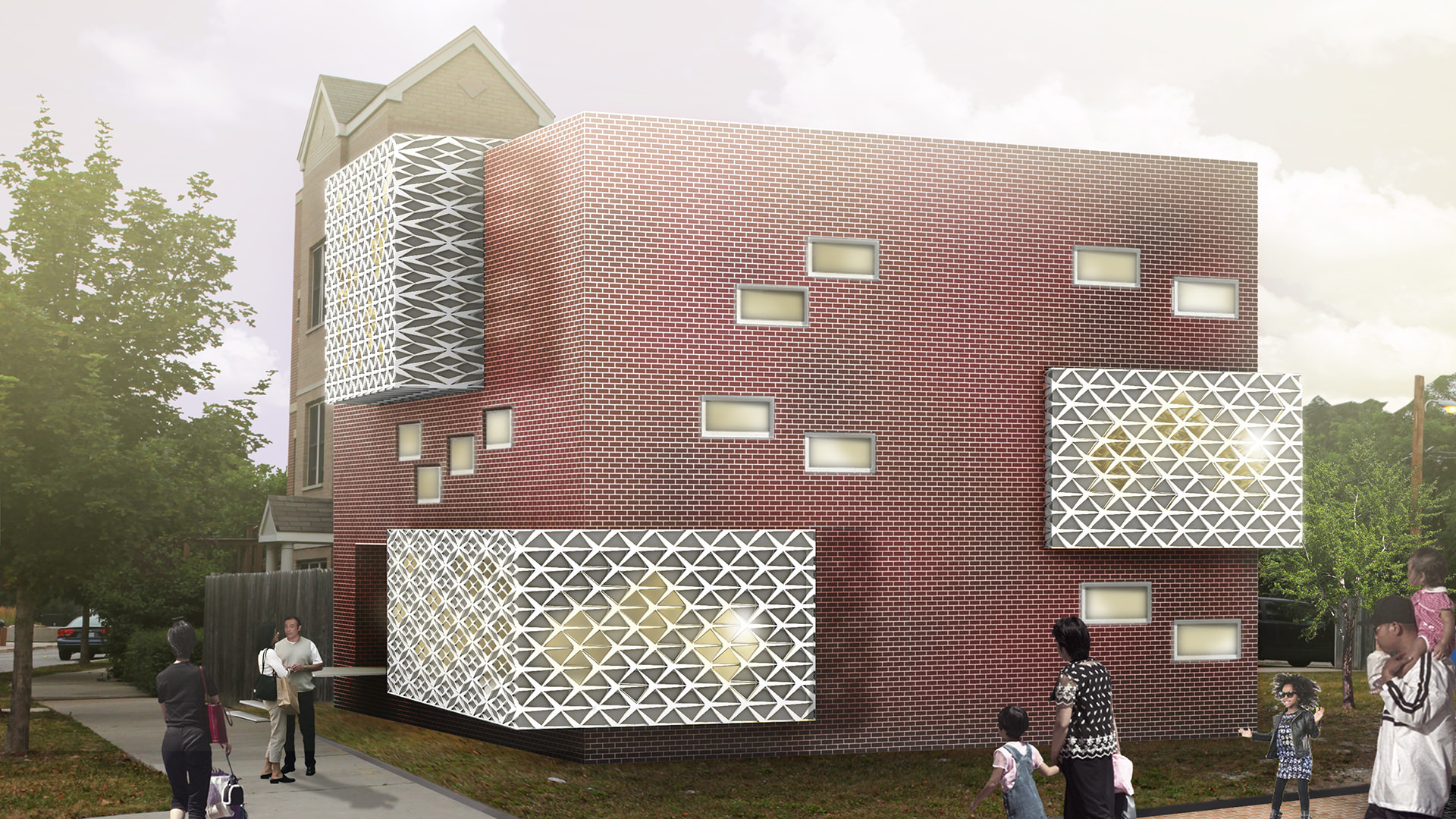 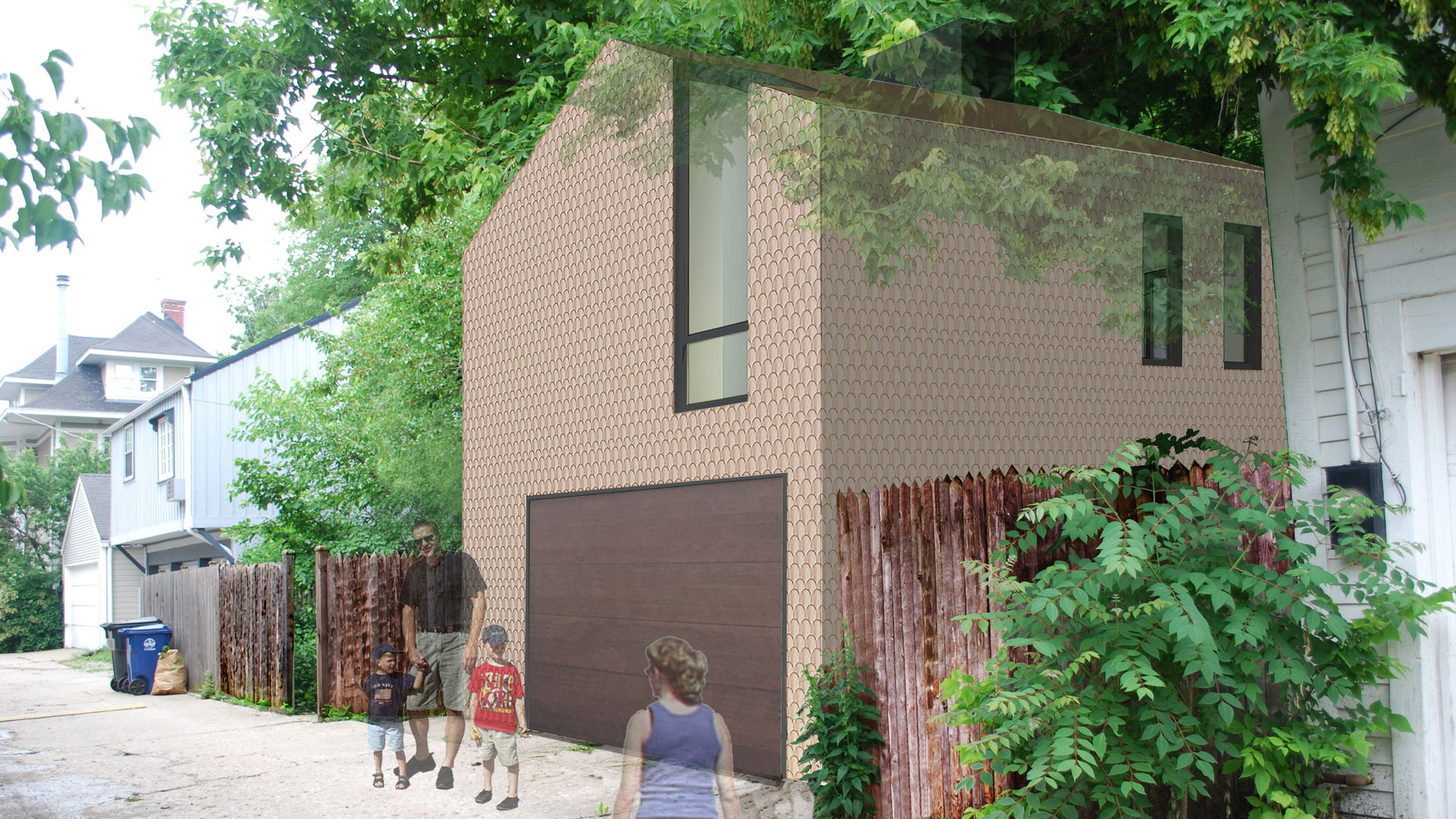 The addition of Longo/Park is aimed at positioning Forum Studio as a global design leader. The firm has added more than 20 people to its professional staff in the past 18 months. By bringing the design group on board Forum Studio believes it has created a critical mass of design talent.

Founded in 1984, has more than 1,000 employees across the country, and generated revenues exceeding $900 million in 2013. The firm is currently engaged in, or has completed projects in and three countries. Although no longer measured against other St. Louis firms, Clayco would currently be the third largest general contractor behind only McCarthy and Alberici in total revenue.

Longo is a licensed architect in Illinois and has been LEED accredited since 2002. He has worked at Loebl, Schlossman and Hackl as well as Brininstool + Lynch. Most recently, he was a principal and design director at Gensler, where he co-led the headquarters practice area for the firm. Longo earned his bachelor’s and master’s degrees in architecture from the University of Michigan.

Park is a licensed architect in Illinois and Virginia. She has worked at firms in New York, Los Angeles, Chicago and Virginia, including Architecture Research Office, Wilkinson Blender Architects, Lorcan O’Herlihy and Gensler. She is now an adjunct professor at Illinois Institute of Technology and previously worked at Virginia Commonwealth University and the School of the Art Institute of Chicago. She earned her bachelor’s degree in art history and architecture from Columbia University, New York City, and her master’s degree in architecture from UCLA.