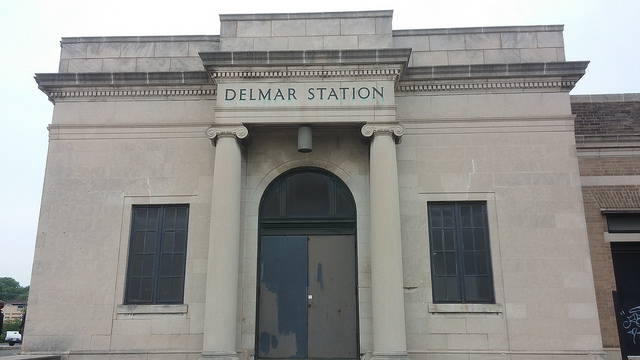 The long vacant Wabash Station building straddling the Metrolink tracks at Delmar could see new life. Last occupied by a lighting store, and owned by Joe Edwards for some time, may be nearing a new life. He says he’s holding it to make sure it’s in good hands and would like to pass it on for the right project. Edwards opened up the building for a visioning session sponsored by Citizen’s for Modern Transit, the Skinker DeBaliviere Community Council, and Rise St. Louis Saturday morning. With many plans (nextSTL coverage) completed recently, stakeholders are pushing forward. 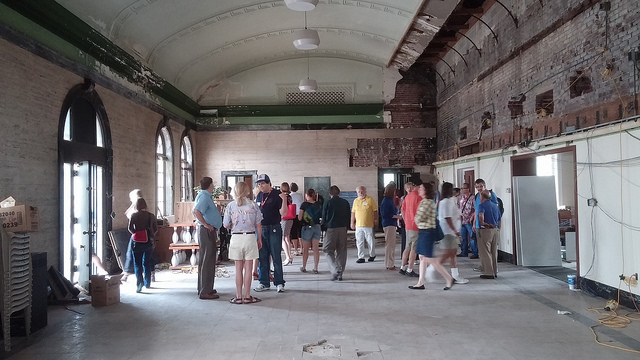 {the Wabash Station Entry Hall. The upper right once had a mezzanine built for the lighting store which Edwards had removed.}

Improvements to the Delmar and Forest Park-DeBaliviere Stations and surrounding areas have obtained a high profile. They have shown up in both the East West Gateway high priority project list ($19M) as well as St. Louis City’s list ($14M) for the 3/4% sales tax for transportation. 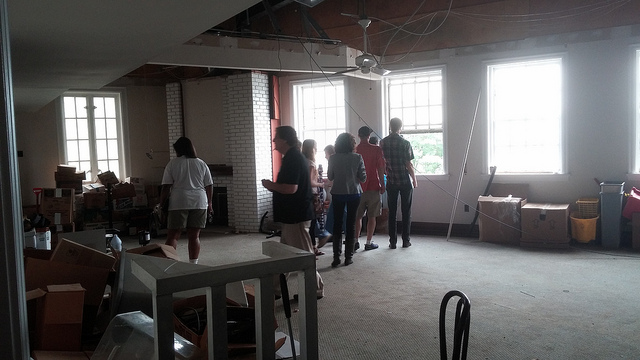 The building is set back from Delmar and Des Peres, offering an opportunity for something outside. There might be space for a small building along Des Peres. The entry Hall could be a really grand space. There’s a back room with windows over-looking the Metrolink tracks. 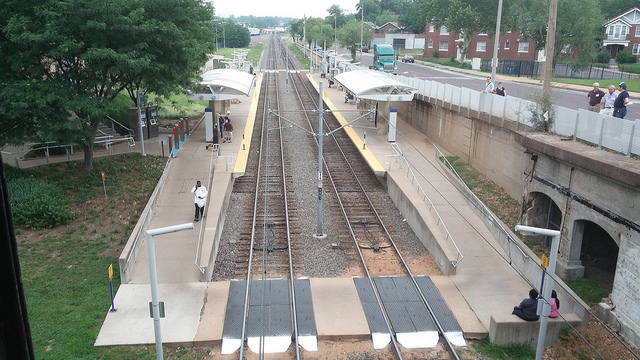 So how to activate this space to make it a great place? Most want it to be the entrance to the Metrolink station. A back entrance would have to be maintained for passengers coming from the park ‘n ride lot as well as bus riders making transfers, so it still would miss some foot traffic. How can Metrolink riders be drawn in and served? Since you can’t eat or drink on the train, a grab ‘n go might not make sense. Those arriving are probably going to one of the Loop attractions. What might make them linger? Could it be a Loop destination in and of itself? An amenity for the surrounding neighborhoods? Try to do all three? Let’s discuss below. Also share your thoughts with CMT. 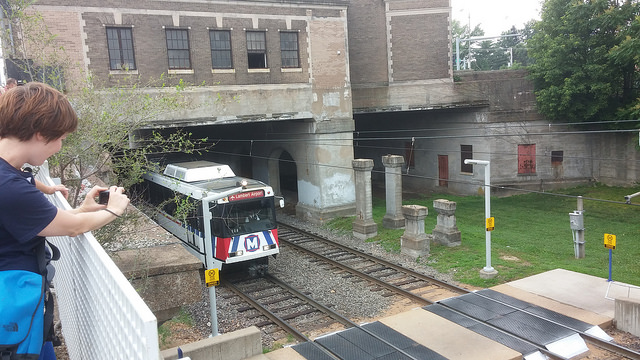 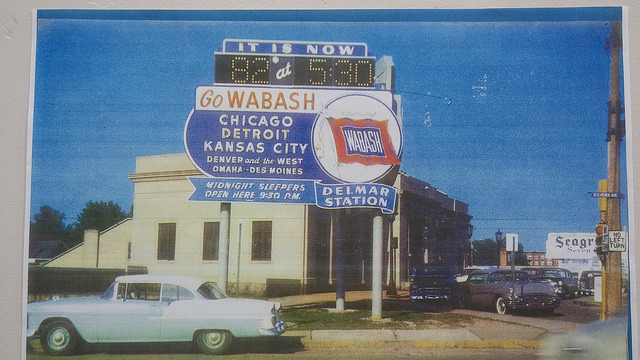