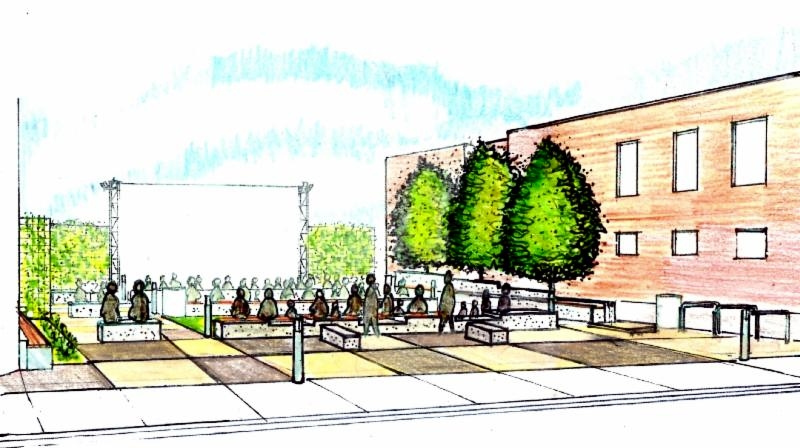 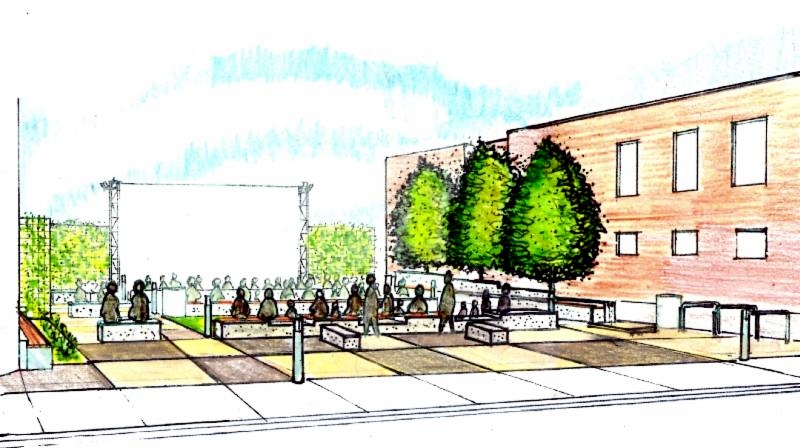 A small project underway in the South Grand commercial district of St. Louis tells a big story. Fourteen parking spaces on the former site of the Ritz Theatre are making way for a pocket park. The transformation from theatre to parking lot to a pocket park showing movies and hosting events mirrors the evolution of the vibrant neighborhood.

Ritz park, under construction at 3147 South Grand is designed to host movie nights, concerts, open-air markets, and more. The space, in the middle of the bustling South Grand business district aims to create a better pedestrian experience, and a community living room. The park itself, designed by Robert Wagstaff of Wagstaff Urban Werks and being constructed by EM Harris, will feature native plants, a green wall, two water features, seating, and bike racks. 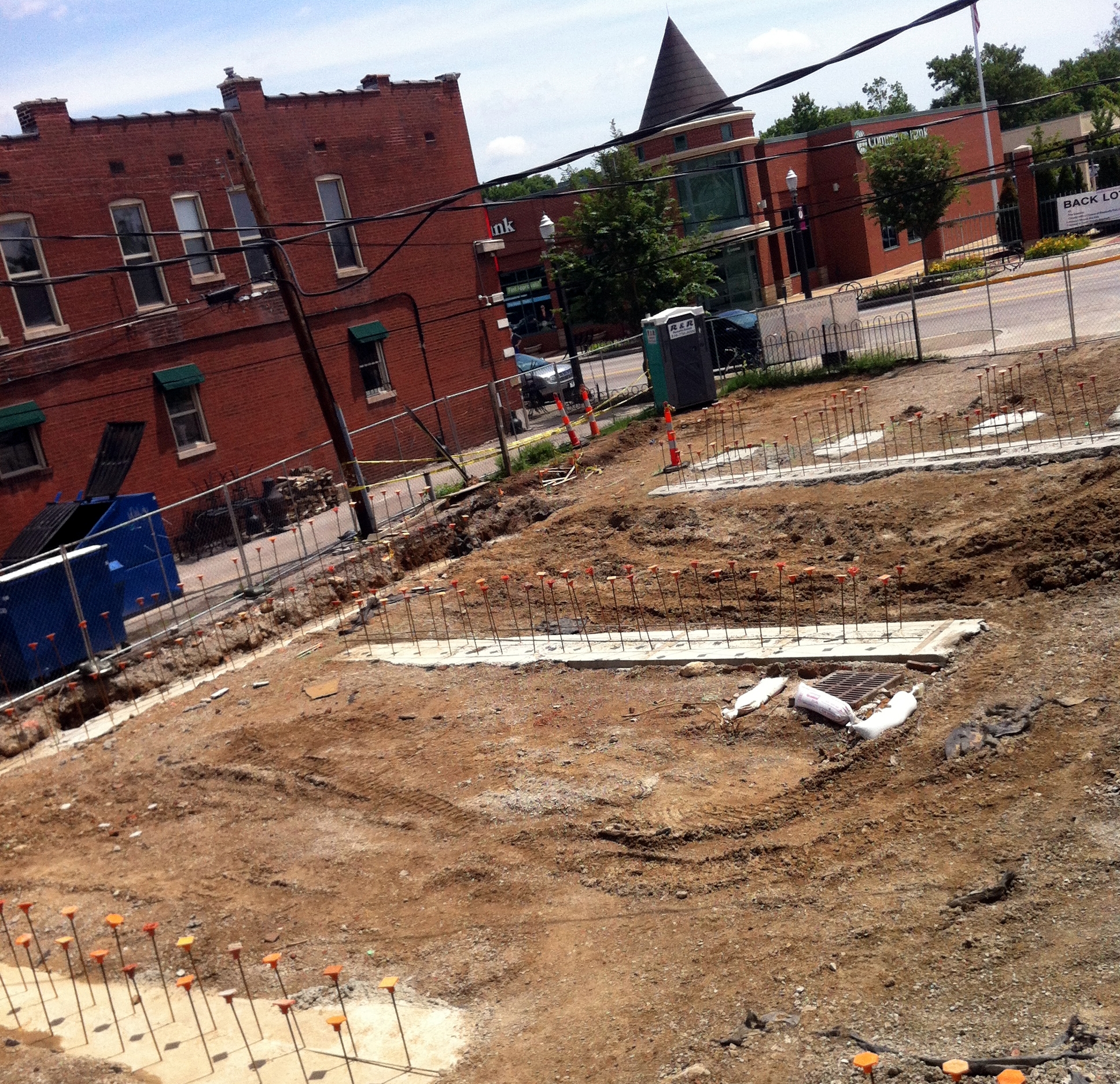 South Grand has been packed with restaurants featuring cuisine from around the world, pawn shops, dry cleaners, international markets, bars, and more for decades. Here, development and infrastructure projects have followed commercial activity. Although steps from 289-acre Tower Grove Park, South Grand lacks a public gathering space like those found in the Delmar Loop or downtown.

More than five years ago residents and business owners began envisioning lane reductions for South Grand where four traffic lanes sped traffic through the district, discouraging pedestrian activity and generally making the area less inviting. Funding was identified, and the City Streets Department got on board.

South Grand carries significant traffic, approximately 30,000 cars a day, yet removing two lanes on this city arterial hasn’t led to gridlock. South Grand businesses are happy, people stroll and feel safe. The area feels more like a neighborhood commercial district and less like a thoroughfare. Crossing the street is no longer a game of Frogger.

The pocket park is a continuation of this Great Streets planning process. Fourteen parking space will be lost, two street parking spaces will be added with the curb restored. The South Grand Community Improvement District (SGCID), the coordinating organization for the lane reduction and pocket park, owns the 90-space lot behind the Commerce Bank building, and a number of 15-min “to-go” spaces on area streets have allowed for easier pickups at local businesses.

People complain about parking everywhere, including South Grand, but the SGCID seems to wisely be following an observation of Fred Kent, founder of the non-profit Project for Public Spaces: “If you plan cities for cars and traffic, you get cars and traffic. If you plan for people and places, you get people and places.” The transformation has led to more investment, with a second Rooster location designed by SPACE Architects opening soon in a long vacant building (below). 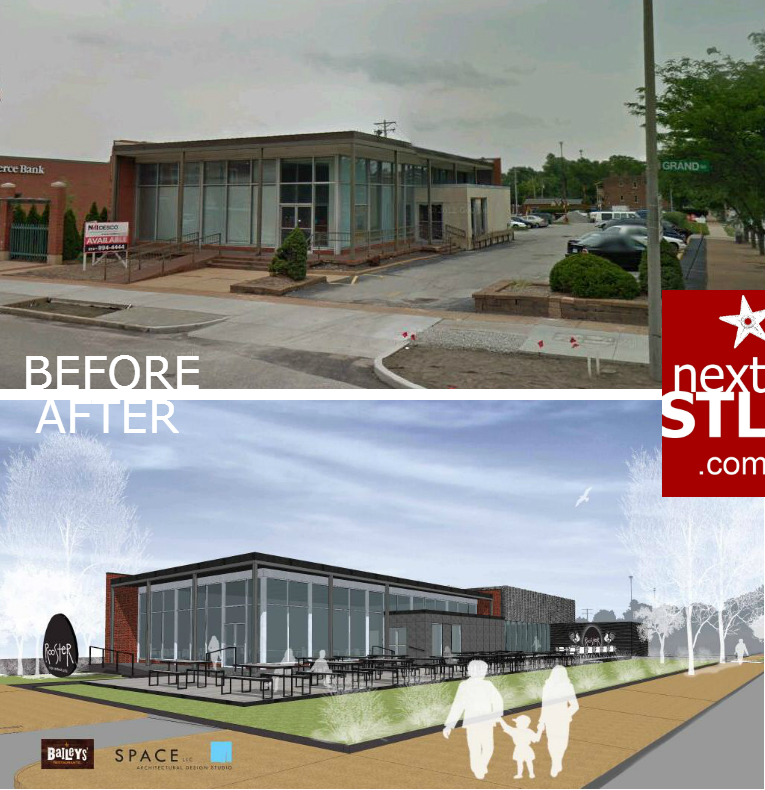 The residential areas surrounding South Grand are the most densely populated in the city. Under consideration for a Bus Rapid Transit line, the 70 Grand line recently added a fleet of articulated buses to accommodate demand on what is the city’s most popular bus line (~3M riders annually).

The original theatre building on the park site was designed by architect William Lucas, and was built in 1910 as the Juniata Theatre. Originally part of a small independent chain of theatres owned by O.T. Crawford, the theatre was renamed the Ritz Theatre in 1924 when it was purchased by the Ansell Brothers.

Mid-America owned and operated the theatre from 1962 to 1979. In 1981, the theatre was cut into two smaller movie houses and was most recently operated by Harman Moseley until it’s closing in March of 1986. 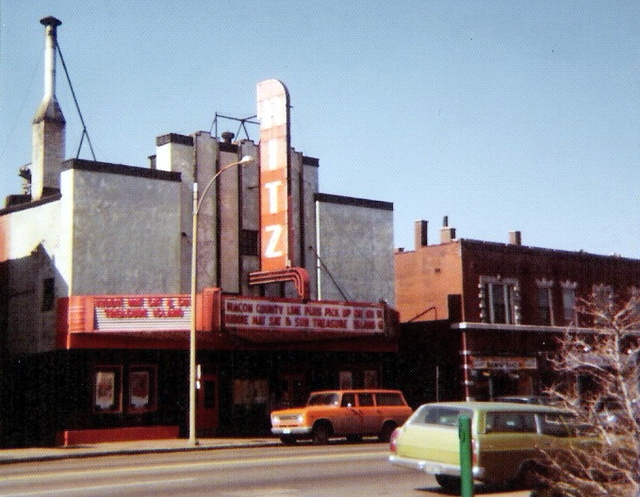 The existing SGCID movie nights held in the parking lot next to Commerce Bank will move to Ritz Park, and other activities are planned to activate the site. SGCID is working to partner with the Riverfront Times, Feast Magazine, the Saint Louis Symphony, the Contemporary Art Museum, KDHX, Shakespeare Festival and Gateway Greening for events in the pocket park.

Construction is scheduled to be completed in early fall. Current plans call for the last movie night of the season, September 19th, to be in Ritz Park, followed by the first annual South Grand Fall Festival. Keep up with progress, and learn more here: southgrand.org. 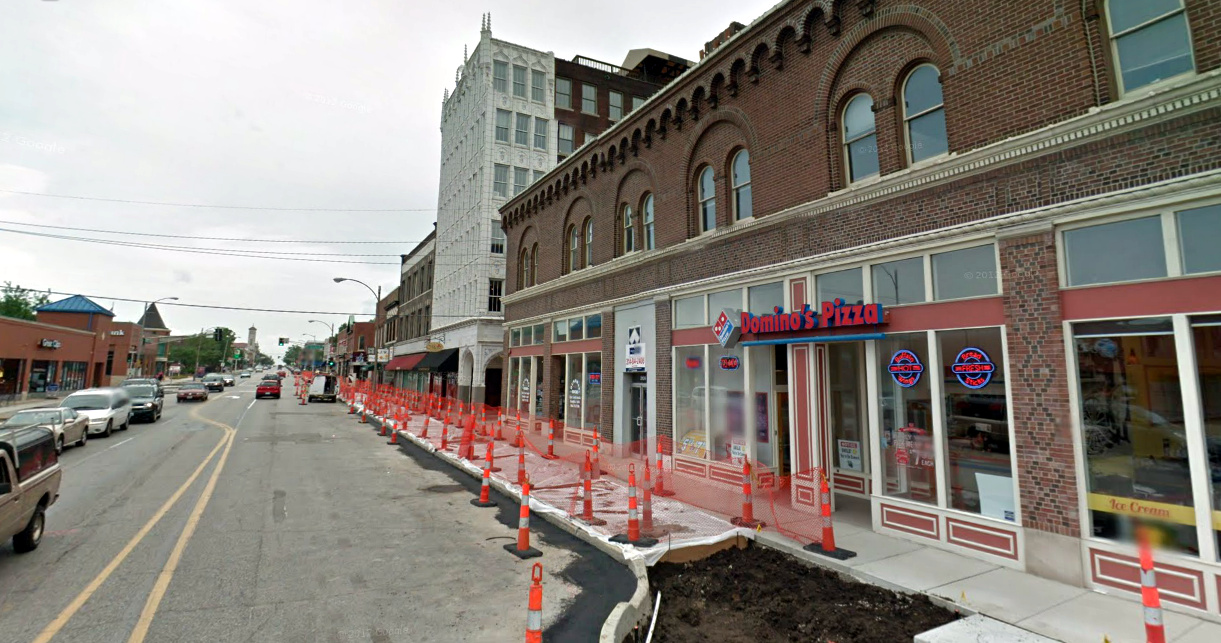